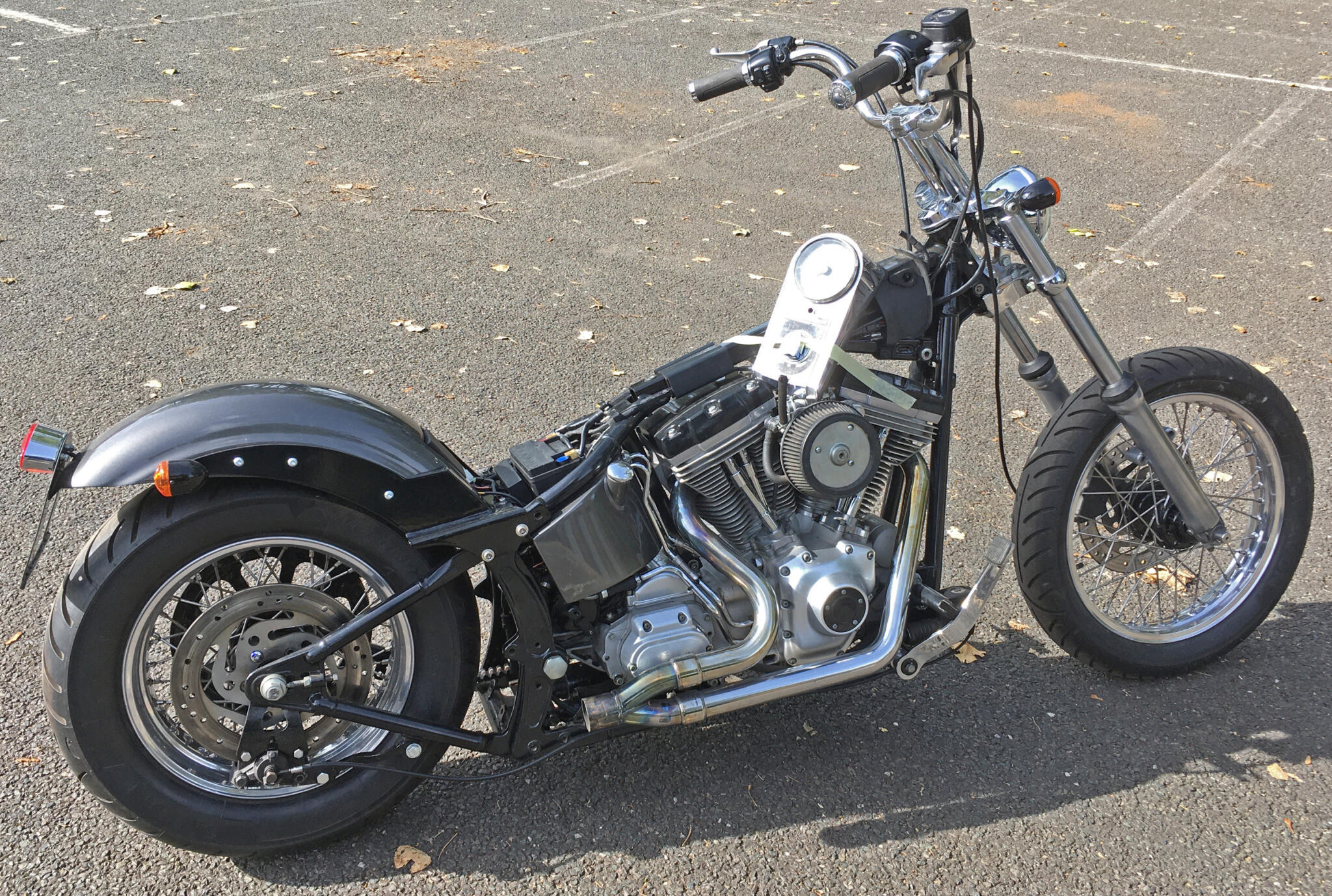 No fuel tank, because it was still full of vapour blast media 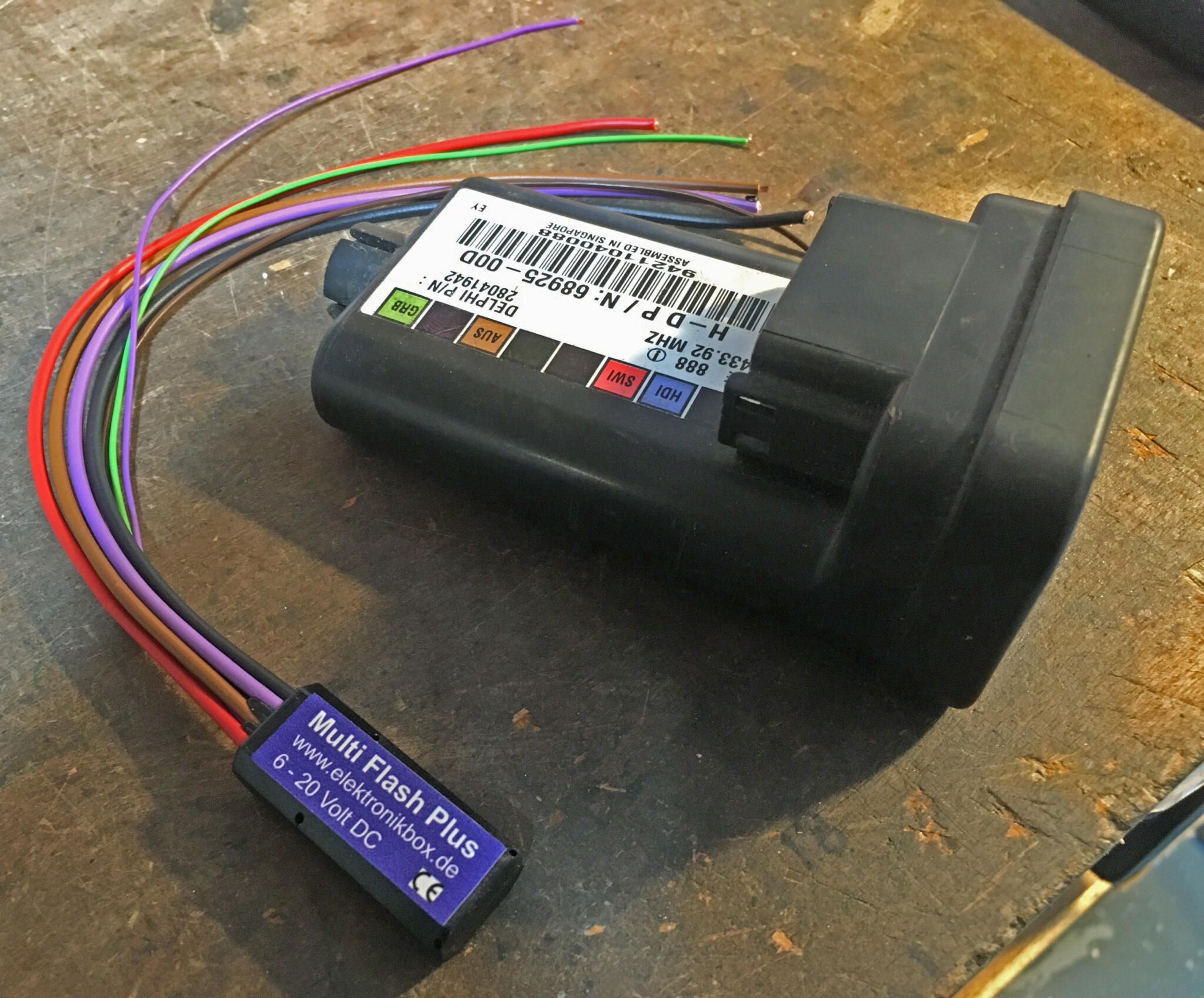 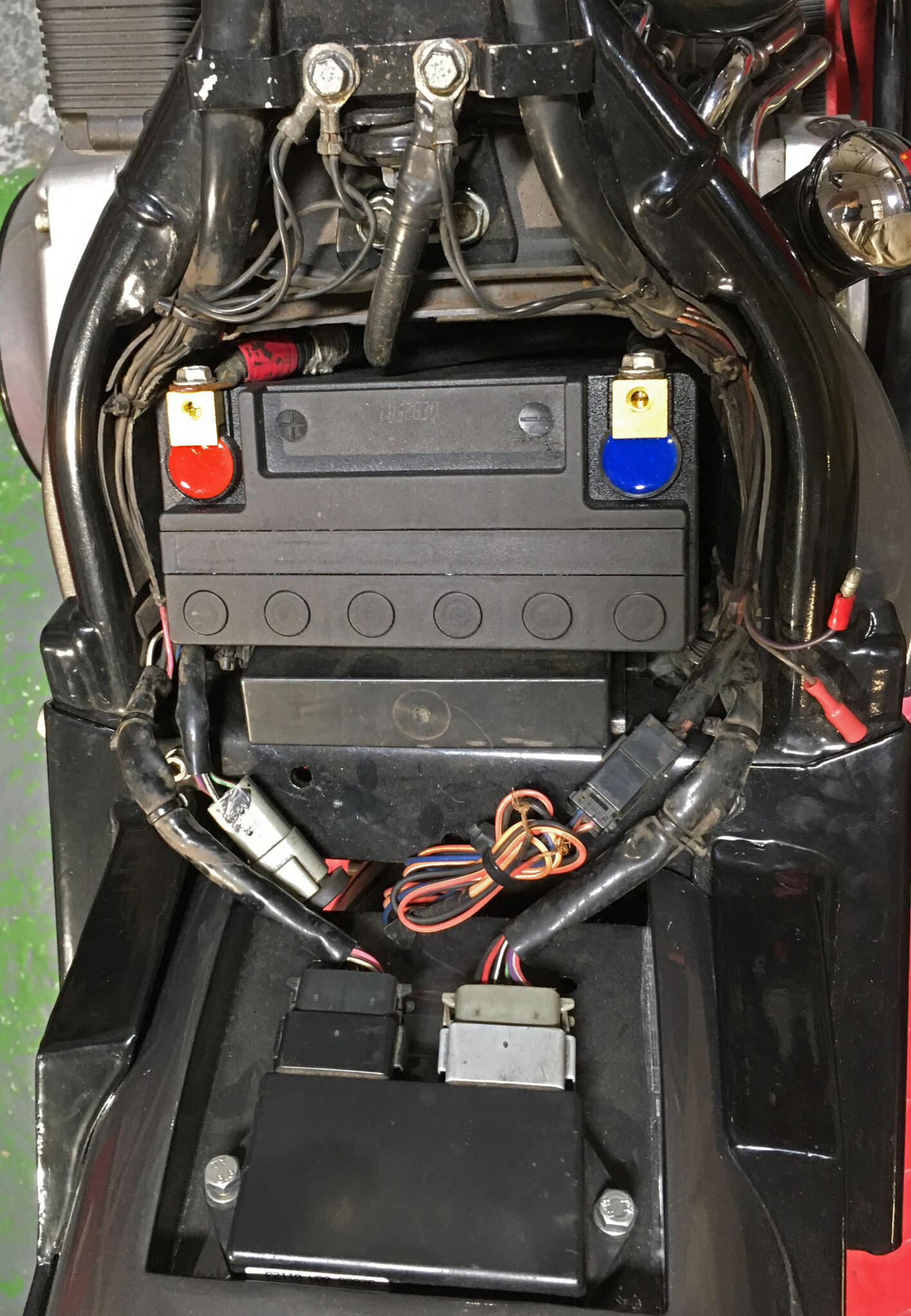 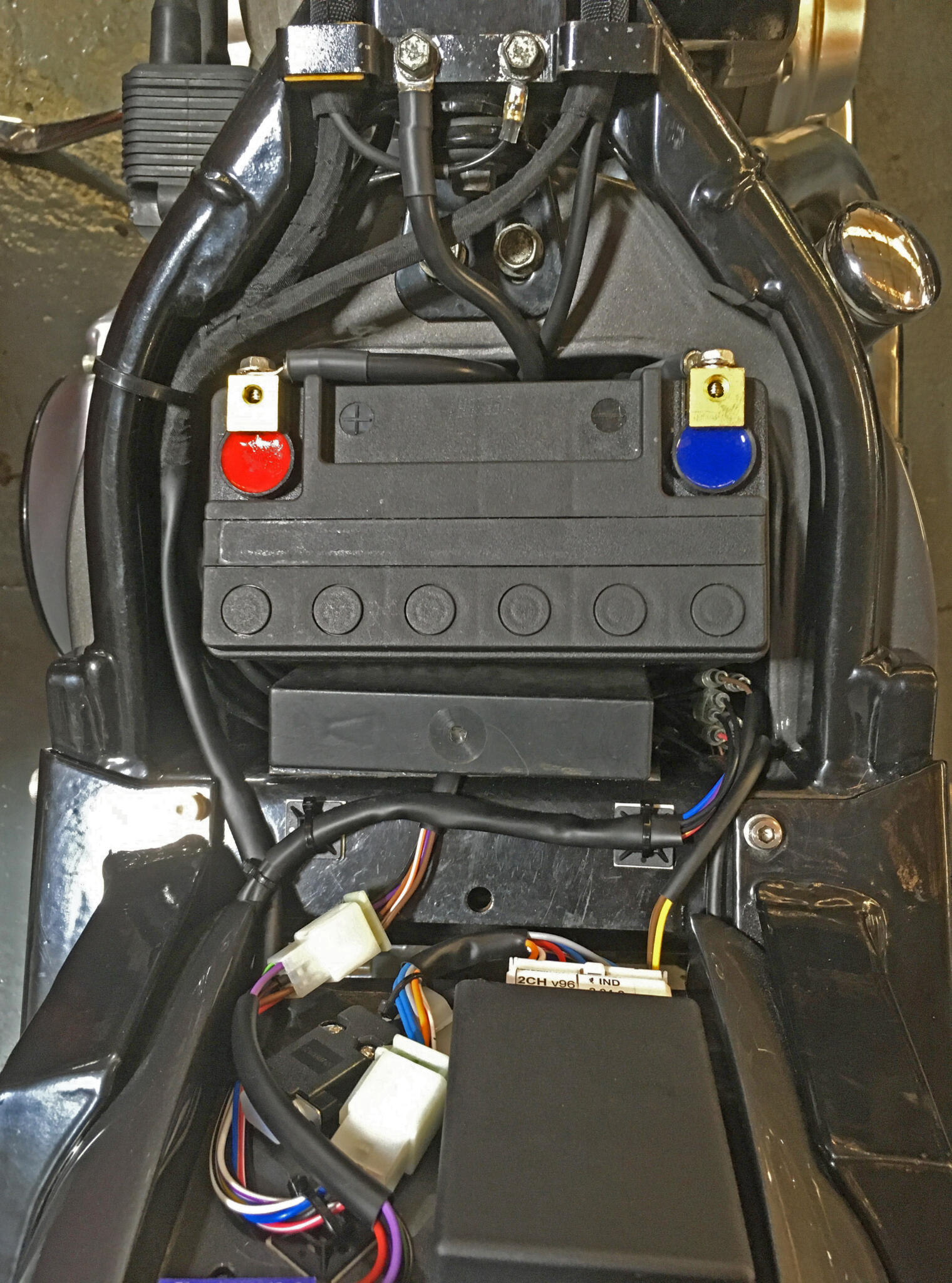 Here’s how simple it gets when you apply the same loom-building techniques that the Japanese do. The Ignitech ignition is the box on the right

Early Noughties Harleys look simple enough, but when their security module (which also doubles as the flasher unit) stops working, the bike won’t run. Replacement is an expensive business and, as owner Keith says: “What’s to stop it happening again?”.

When a bike needs a new ignition I usually reach first for Ignitech. It’s inexpensive (£190 delivered in this case), it’s programmable, it uses the standard pickups, it works on almost any battery ignition bike, and the tech support is great. I’ve fitted it to Classic TT racers and now to the opposite extreme – a Harley Davidson. That just left the flasher unit, which has to work with Harley’s push-button switches. Until recently that’s usually meant a Motogadget device but Digital Speedos now do one by Axel Joost which costs a shade under £50.

Keith wanted a new loom too, partly because it was getting scruffy and partly to get rid of the clutter which Harley ‘s antique loom-building style creates. And it is amazing how much you can get rid of if you make all the joins internally, rather than out in the open.

It was a good moment when the bike fired up for the first time in eight years. “Fantastic job. Thanks,” said Keith. 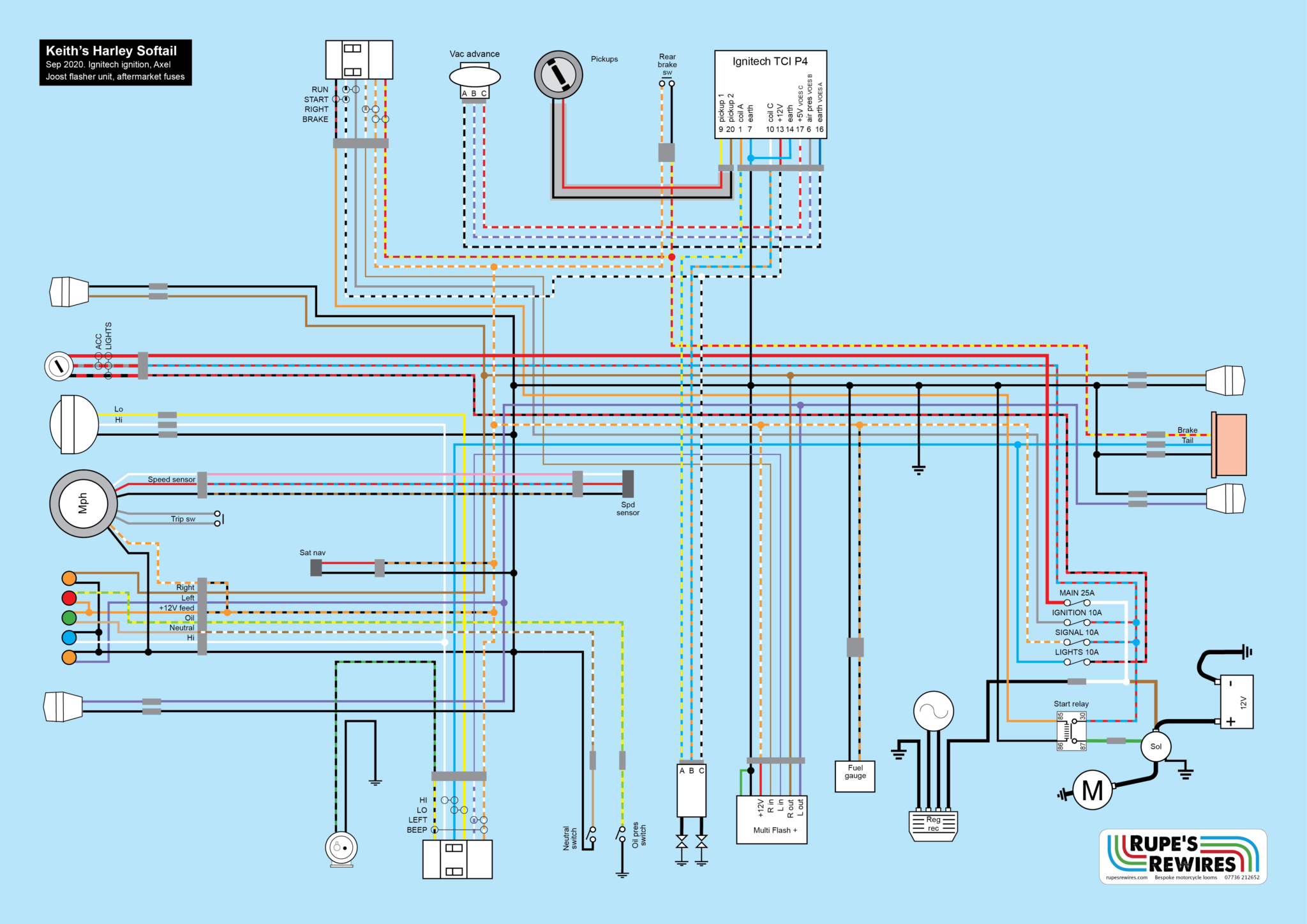 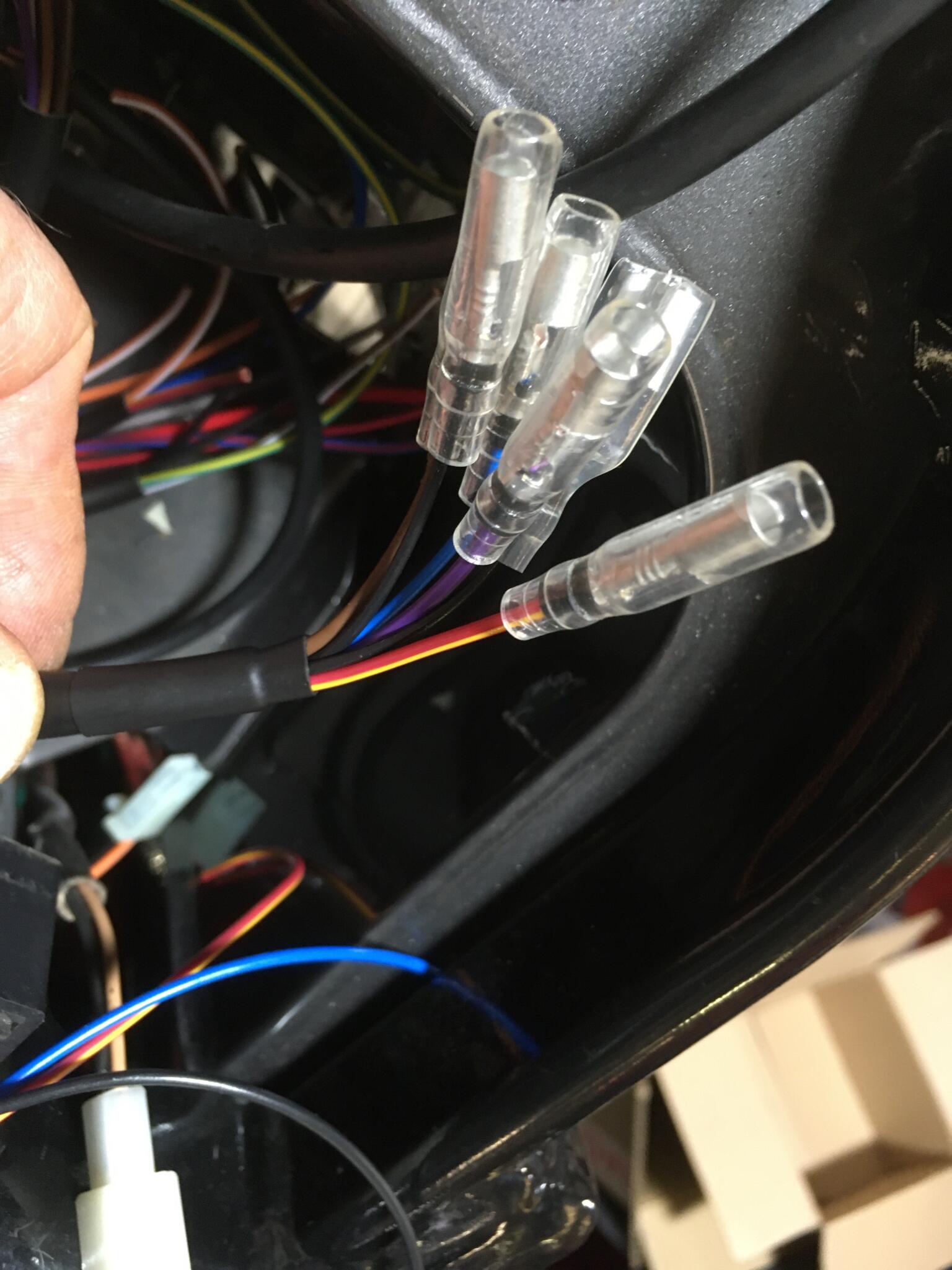 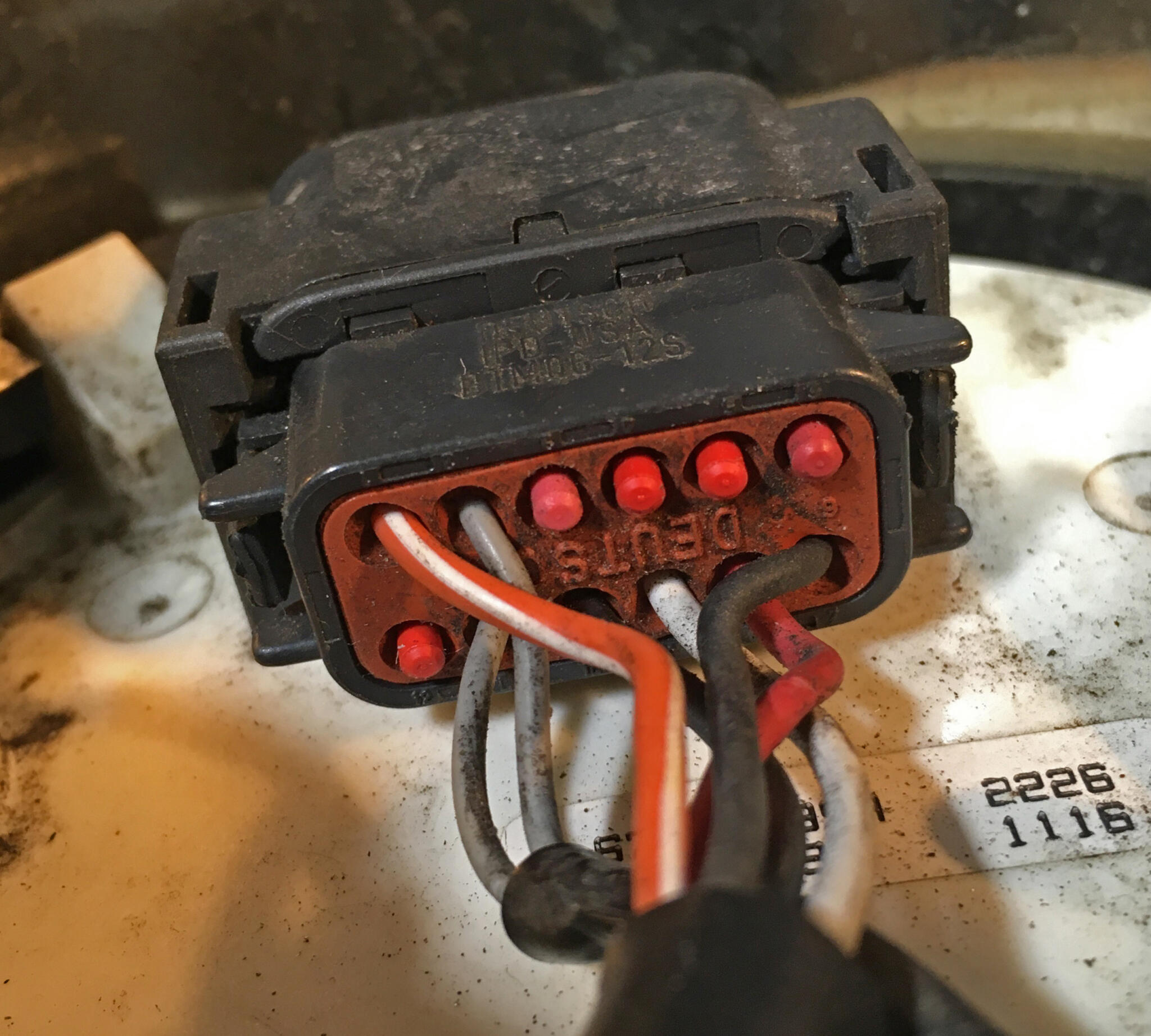 Harley use super high quality Deutsch connectors. The red plugs fill the holes for cables the bike no longer needs 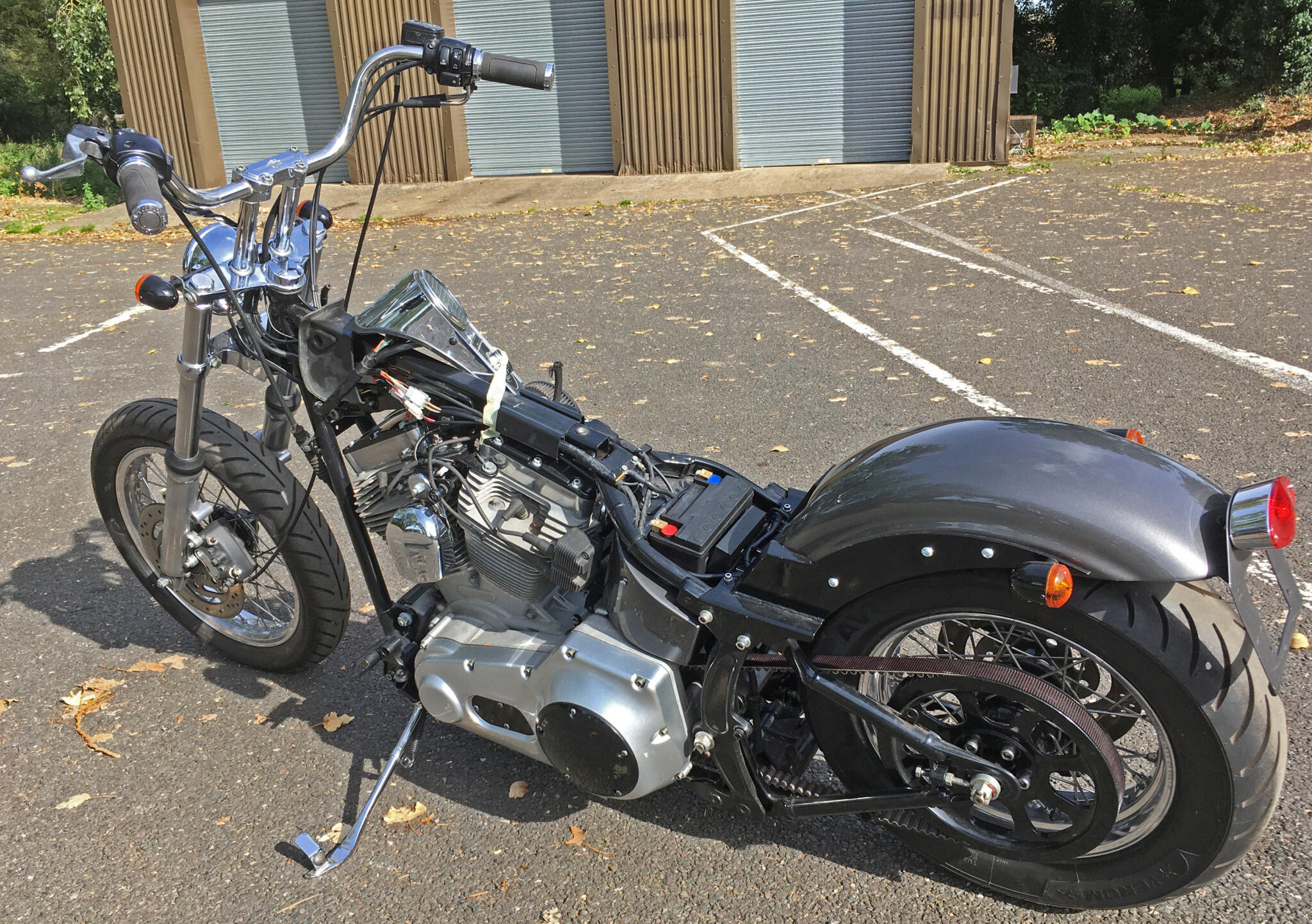