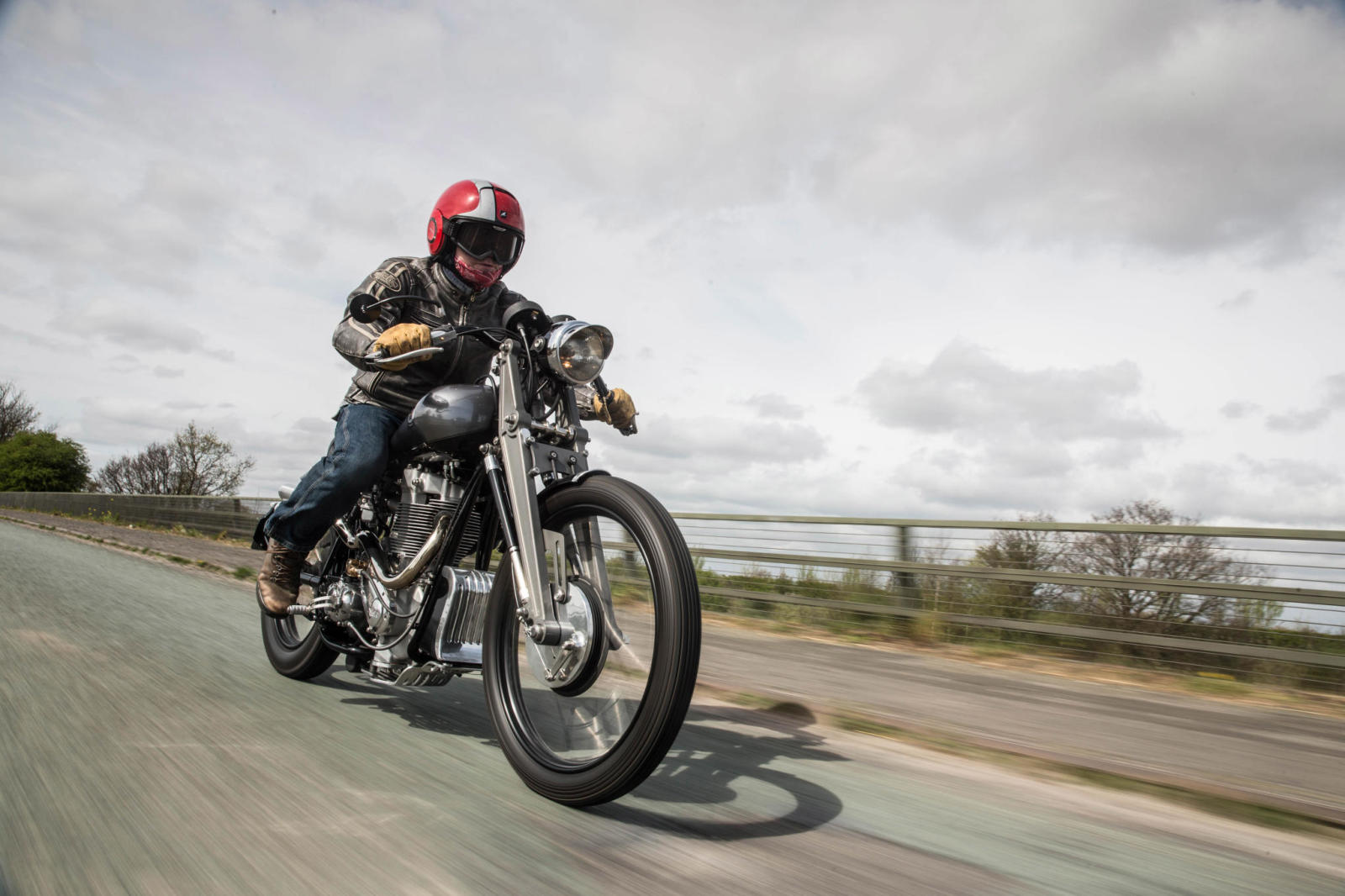 This is me riding an unbelievably cool girder-forked, electric-start Gold Star. The designer and builder was the amazing Mr Jim Hodges.

I also love riding motorcycles, which is just as well because it was my job for more than 30 years.

I started writing about bikes in 1985 when I got a job on Performance Bikes magazine. I’d already made my first wiring harness by then, after studying motorcycle engineering at Merton Technical College, and I’d also been a road and race mechanic at Steve Wynne’s Sports Motorcycles. At Performance Bikes I somehow progressed to being the editor between 1988 and 1994, before doing tons of other magazine stuff. What a lark it was.

I’ve ridden about 1000 different bike models over the years. The best one was Nicky Hayden’s 2006 V5 Honda RC211V, but I think even the humblest motorcycle has something cool about it. I’ve also interviewed scores of special builders and race teams all over Europe, and it’s made me fascinated by one-off machines. I’m currently applying the finishing touches to my old friend John Robinson’s Enfield 500 twin, which I hope will be at the Bike Shed show in May.

I love racing too. Over the past few years I’ve helped spanner and cook for classic racer and former British Short Track champion Peter Boast. We’ve been to the Isle of Man, Belgium, Germany and the UK. For 2019 Peter and team mate Guy Martin are riding Team Classic Suzuki’s Katana in the European Classic Endurance Championship. We’ll be at Spa, Paul Ricard, Oschersleben and Misano.