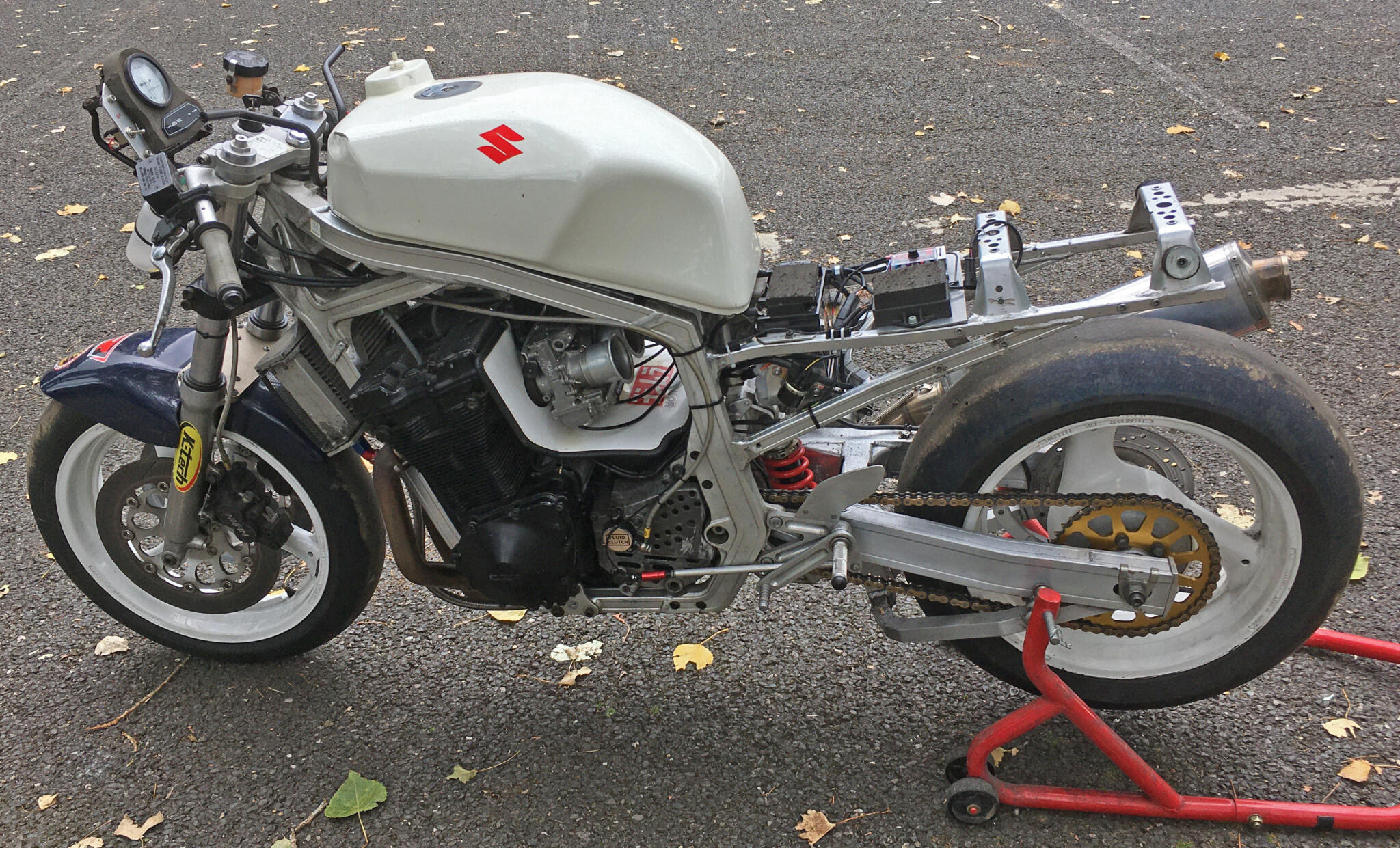 It doesn’t look great naked, but it will by the time it’s ready to race 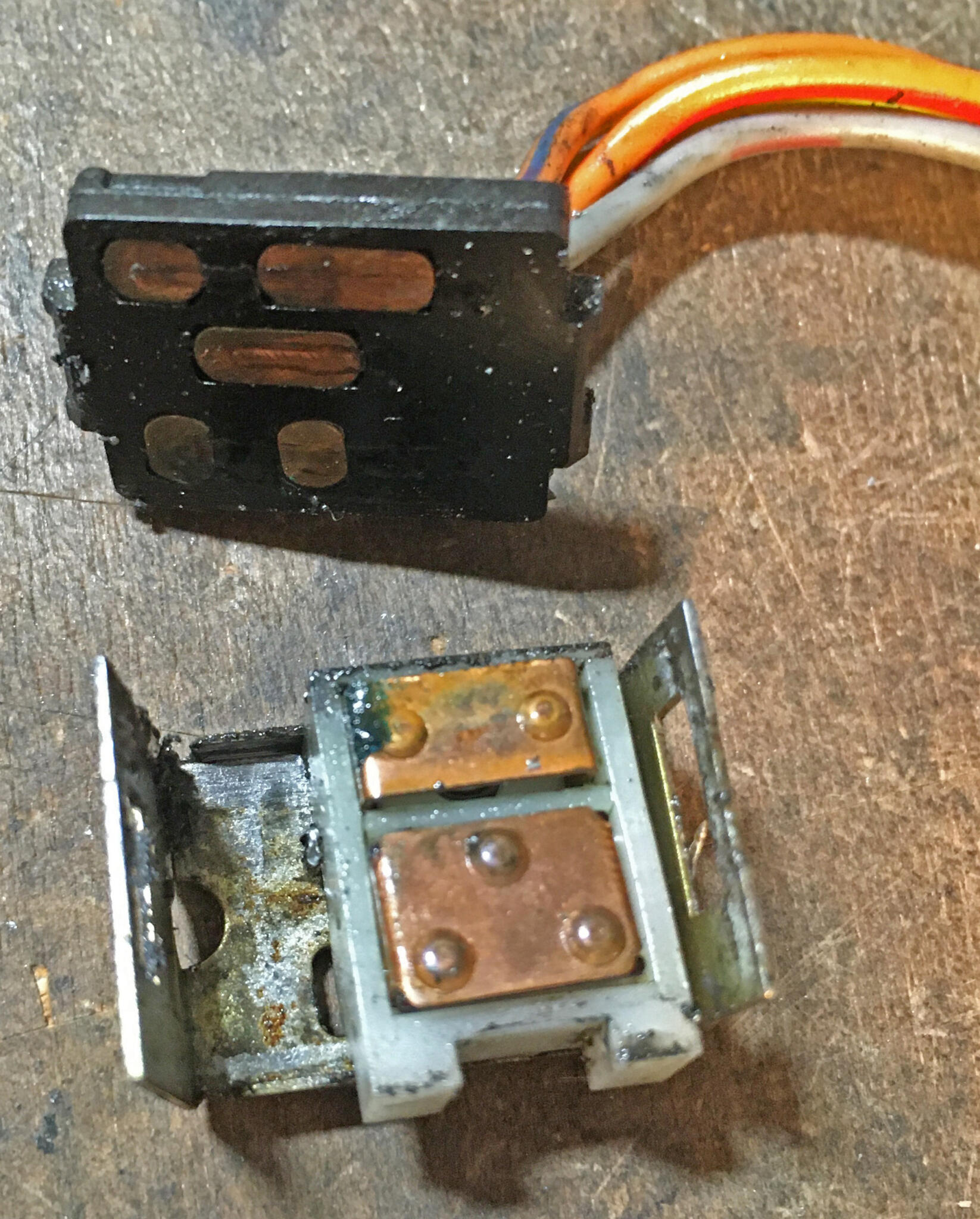 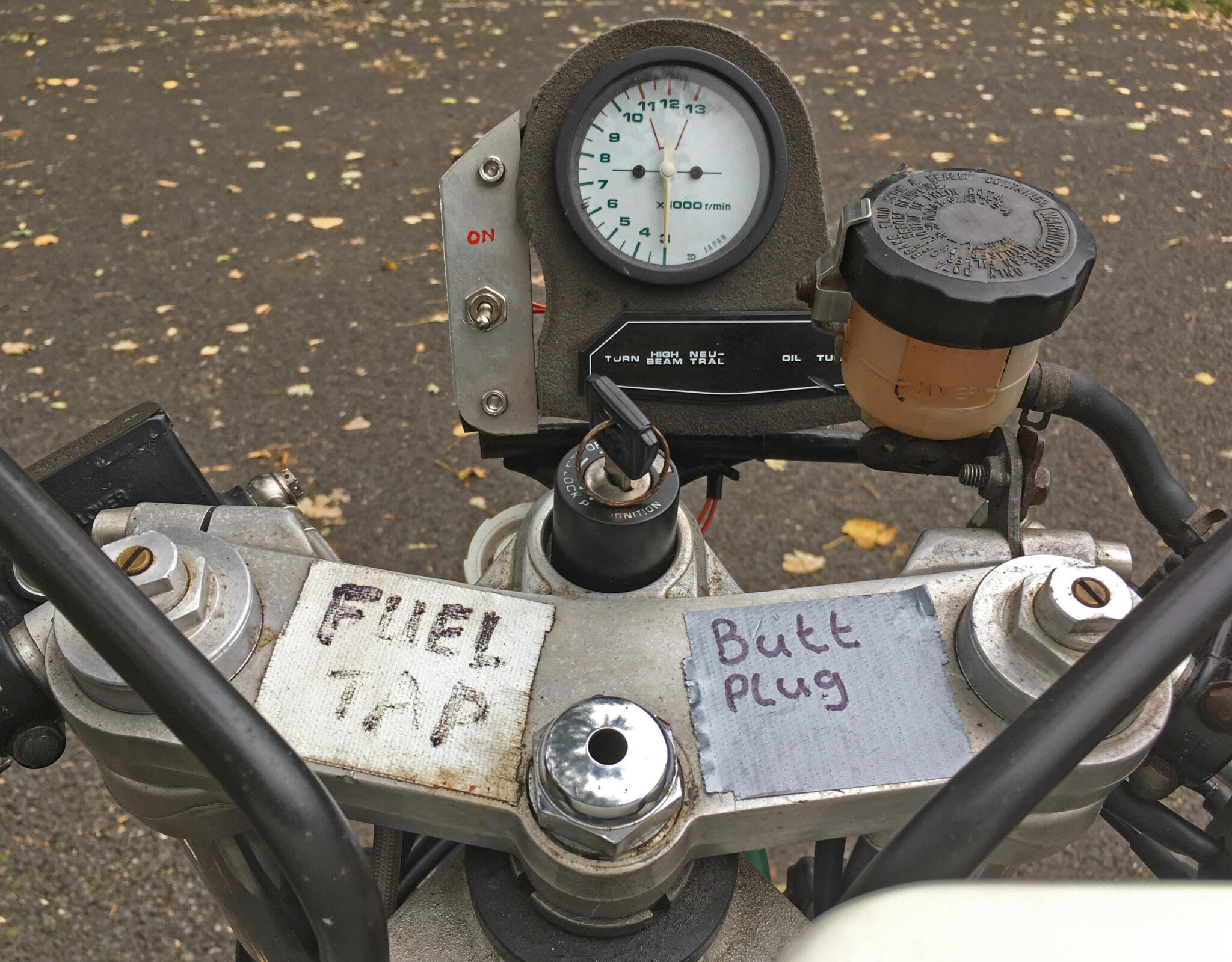 Toggle switch to switch the bike on. Oil light for oil pressure, neutral light repurposed to confirm the bike is on. Taped messages give a small insight into the pre-race state of mind of a TT racer

Slabbie GSX-Rs were pretty wobbly when they were new. I remember one weaving continuously as I ragged it round the Peterborough ring road in 1986. But with more modern wheels, tyres and suspension they handle quite well. This one, owned by Billy, is good enough for an average race speed of 108.9mph round the Classic TT, in the hands of rider Forest Dunn.

But like a lot of 35 year-old bikes it needed a new loom. We discussed what Billy wanted in a lot of detail: when you’re racing at the Island you need something reliable, robust and waterproof. Also, something that won’t get in the way of a mechanic in a rush, or run the battery flat because you accidentally left the kill switch on.

We ended up with a neutral light showing the bike was on, an oil light that actually is an oil light, the usual start and kill switches, and the ‘lights on’ switch to turn on the obligatory rain light. Ignition was already Dyna coils with an HM quickshifter. Billy had been using the standard 750 ignition box but after I noticed it was showing its age he decided he would shortly replace it with an Ignitech. I made sure the ignition box swap would be a plug out, plug in procedure.

The actual electrics are pretty simple. The main issue with a racebike is finding the best way to route the loom so that it isn’t stressed or in the way. I’m looking forward to seeing Billy’s bike compete at the Island – ideally in 2021. 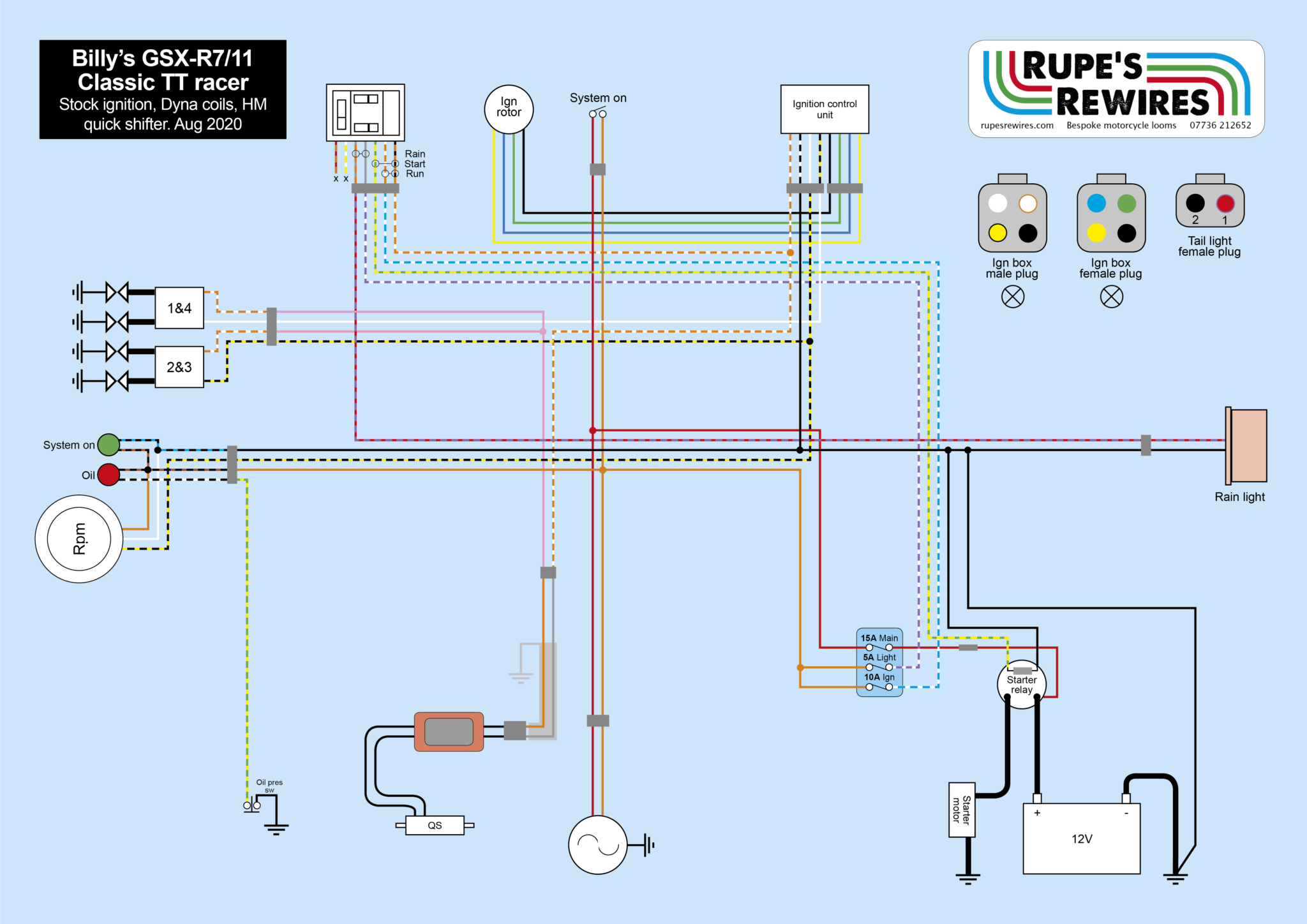 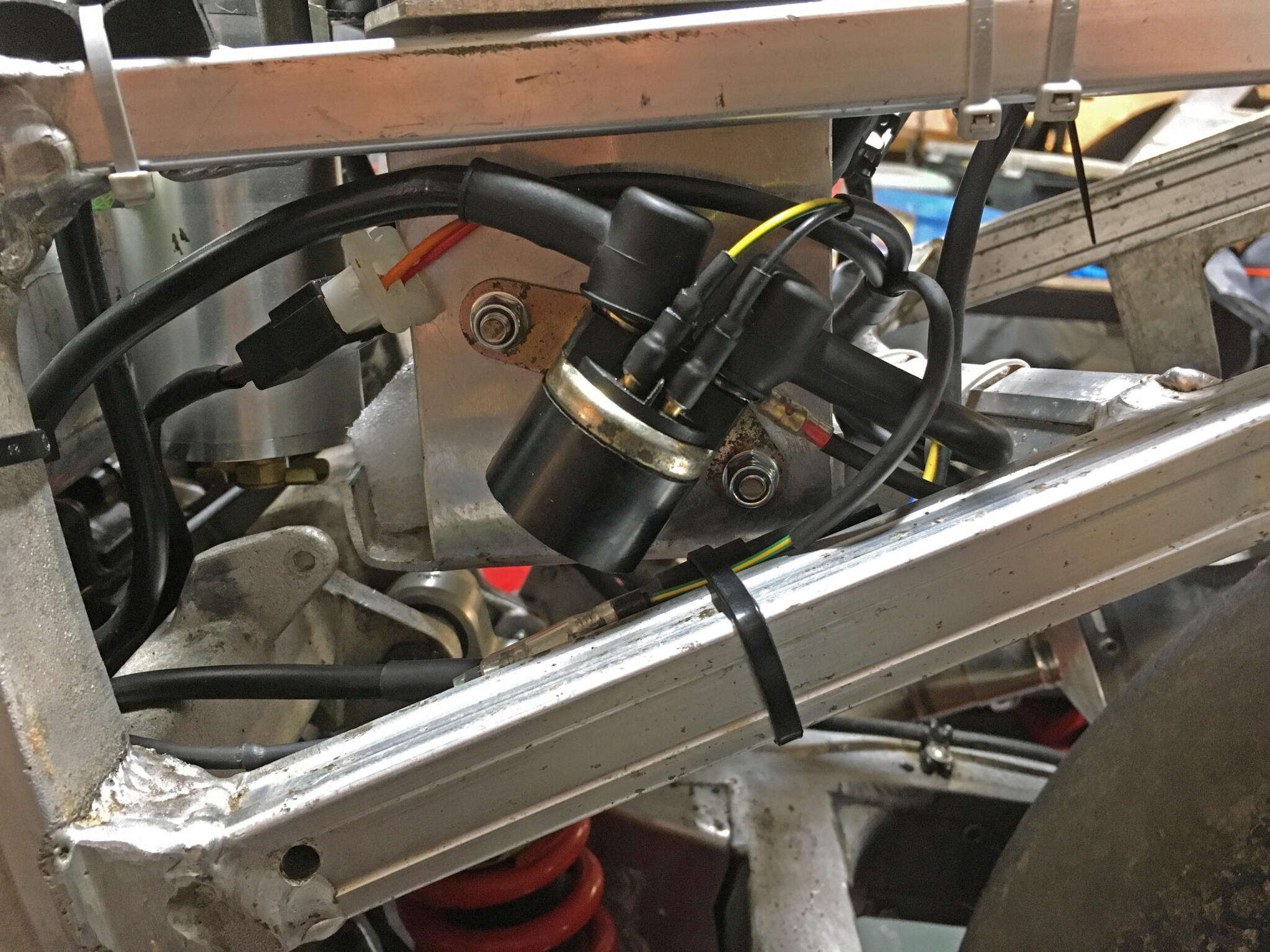 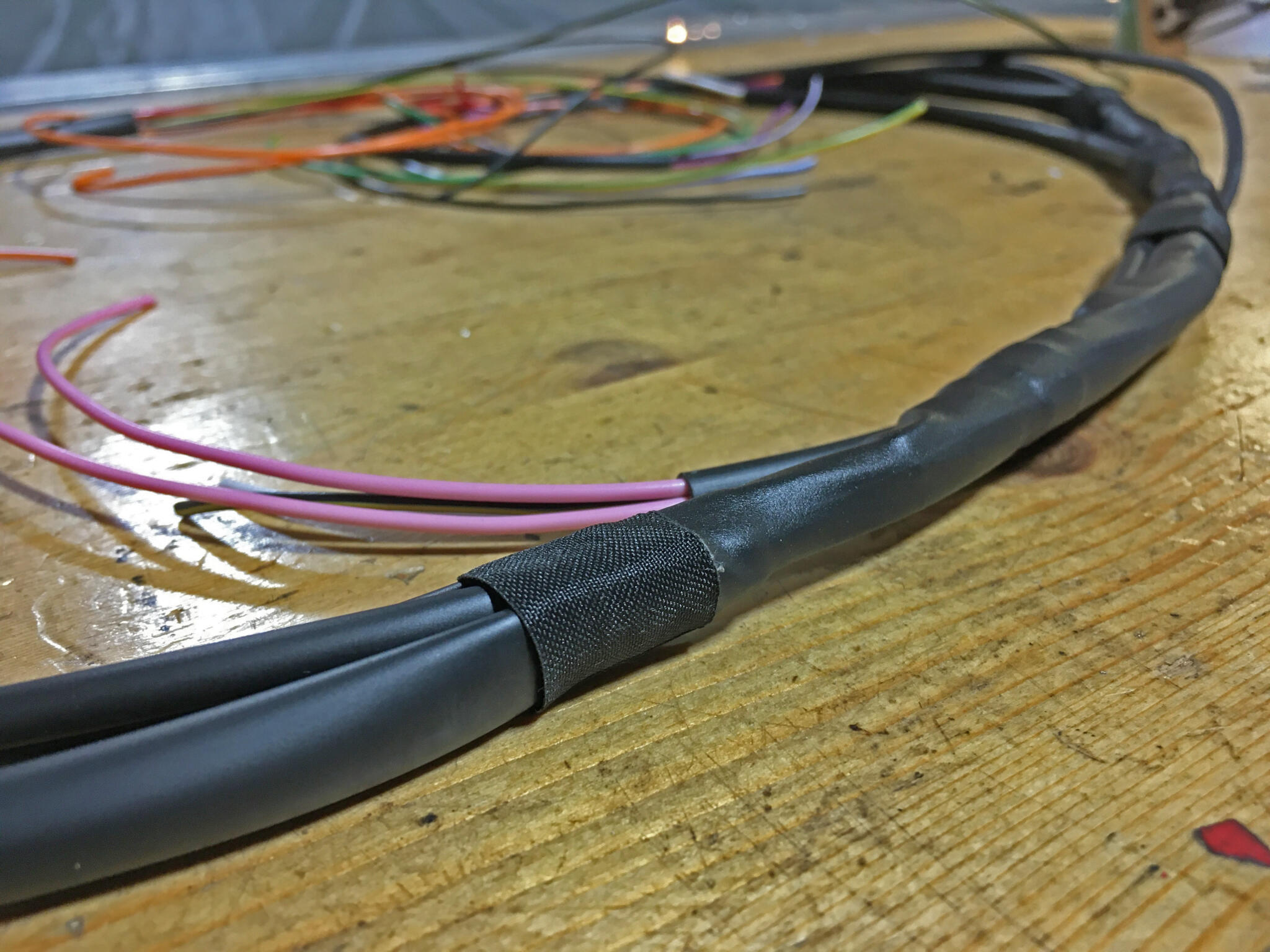 The loom is sleeved in heat shrink, reinforced at stress points with Certoplast tape 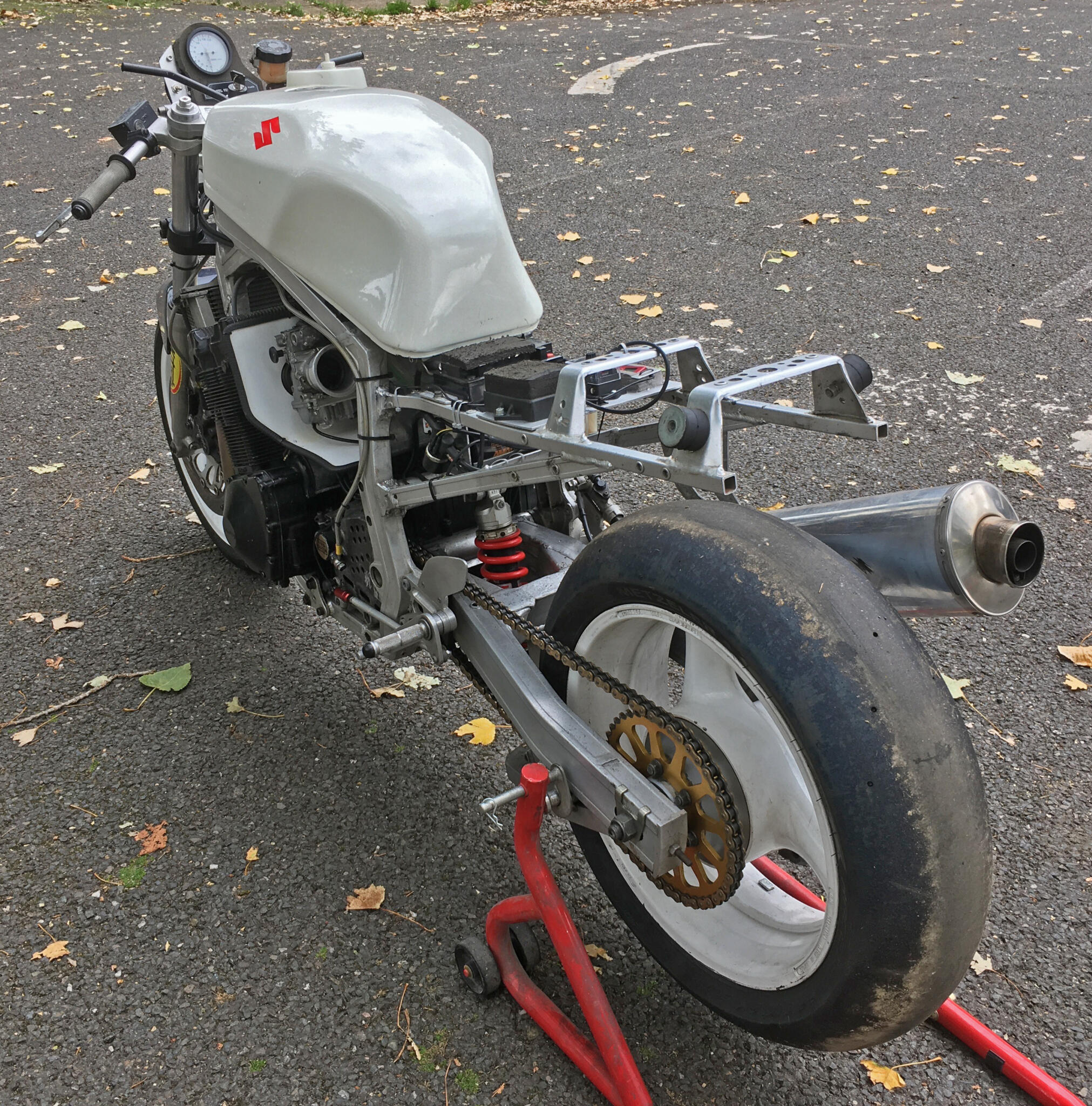