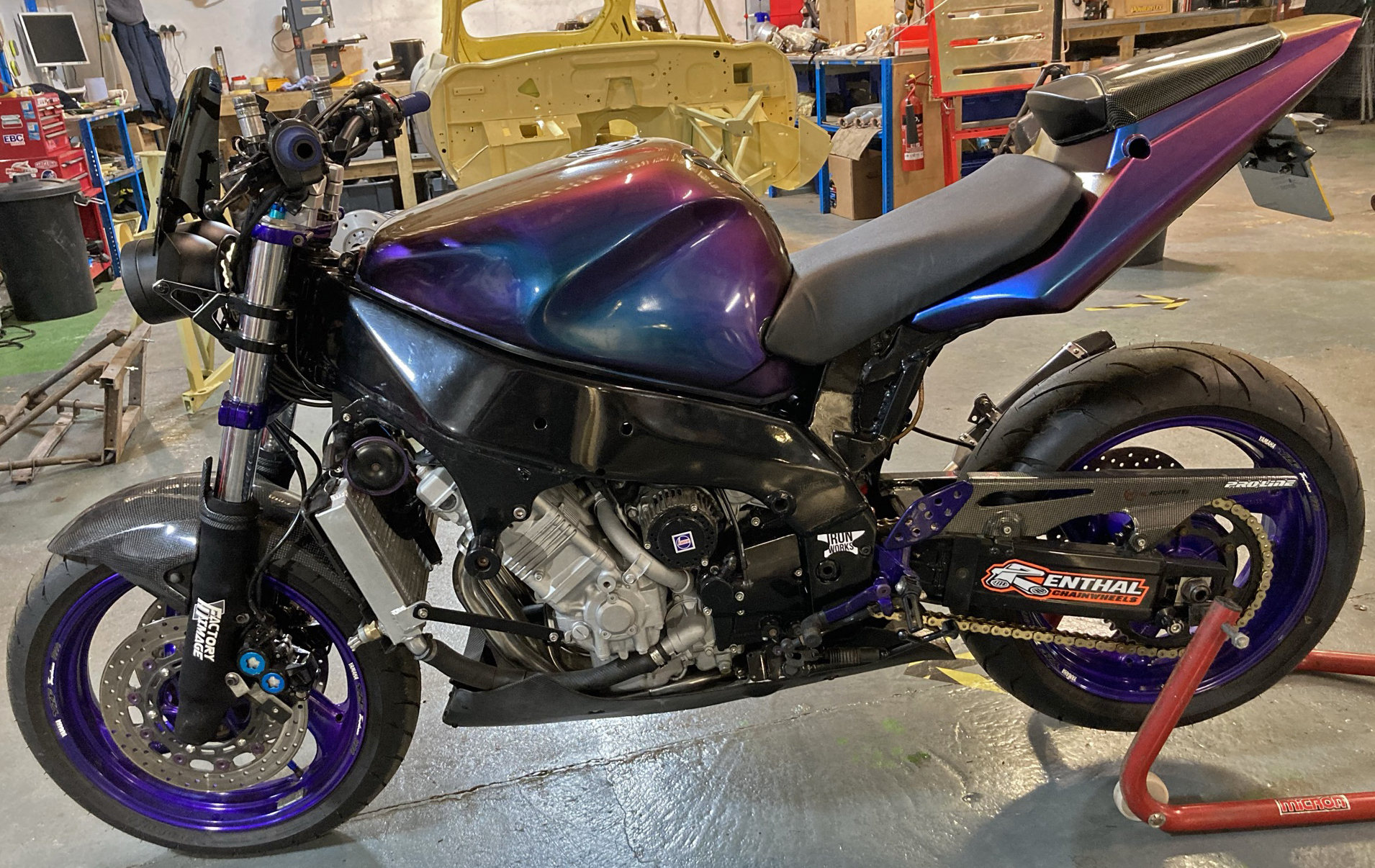 It was snowing outside, so I had to take pics indoors. Doesn’t the R6 tail suit it? 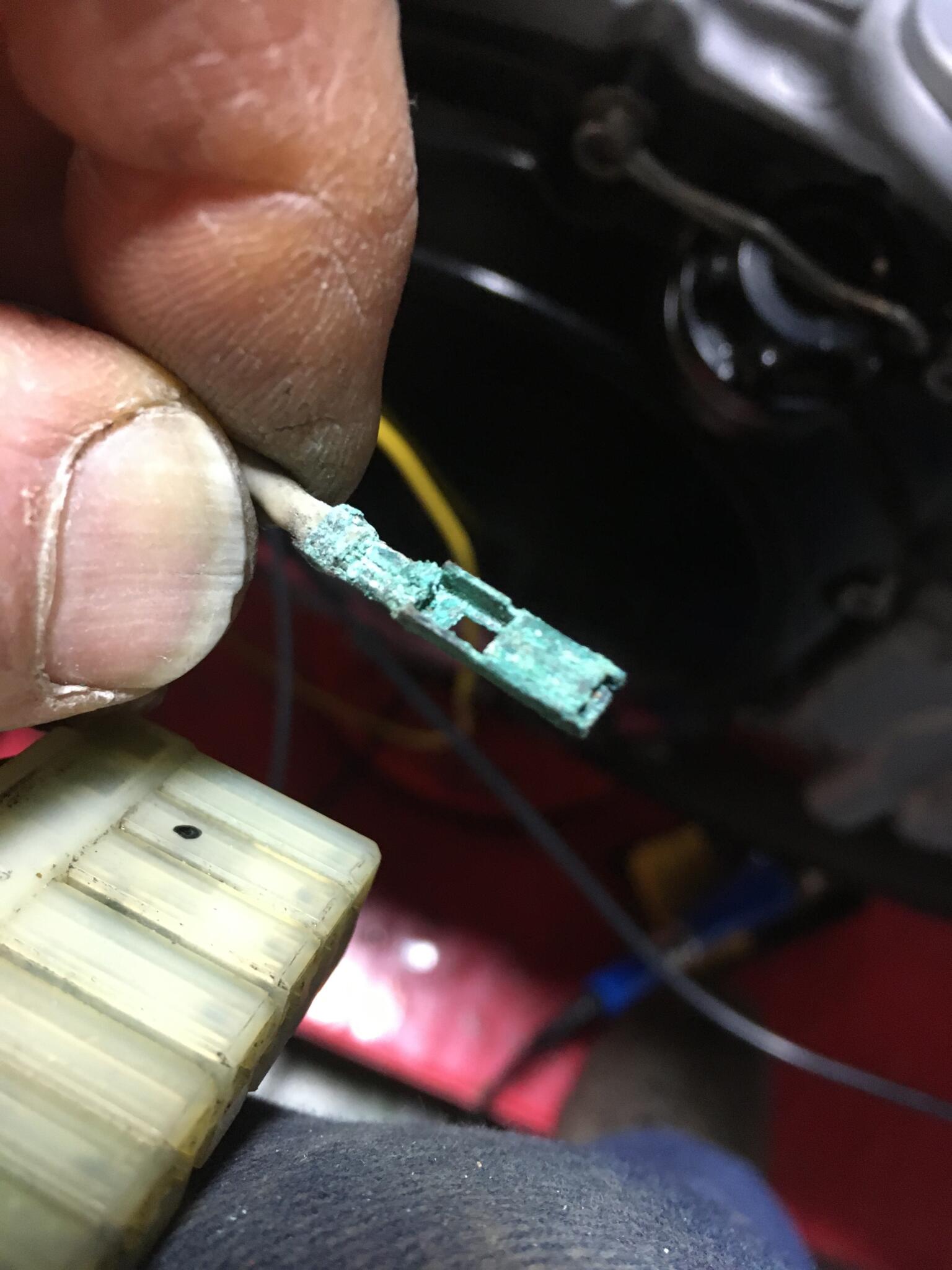 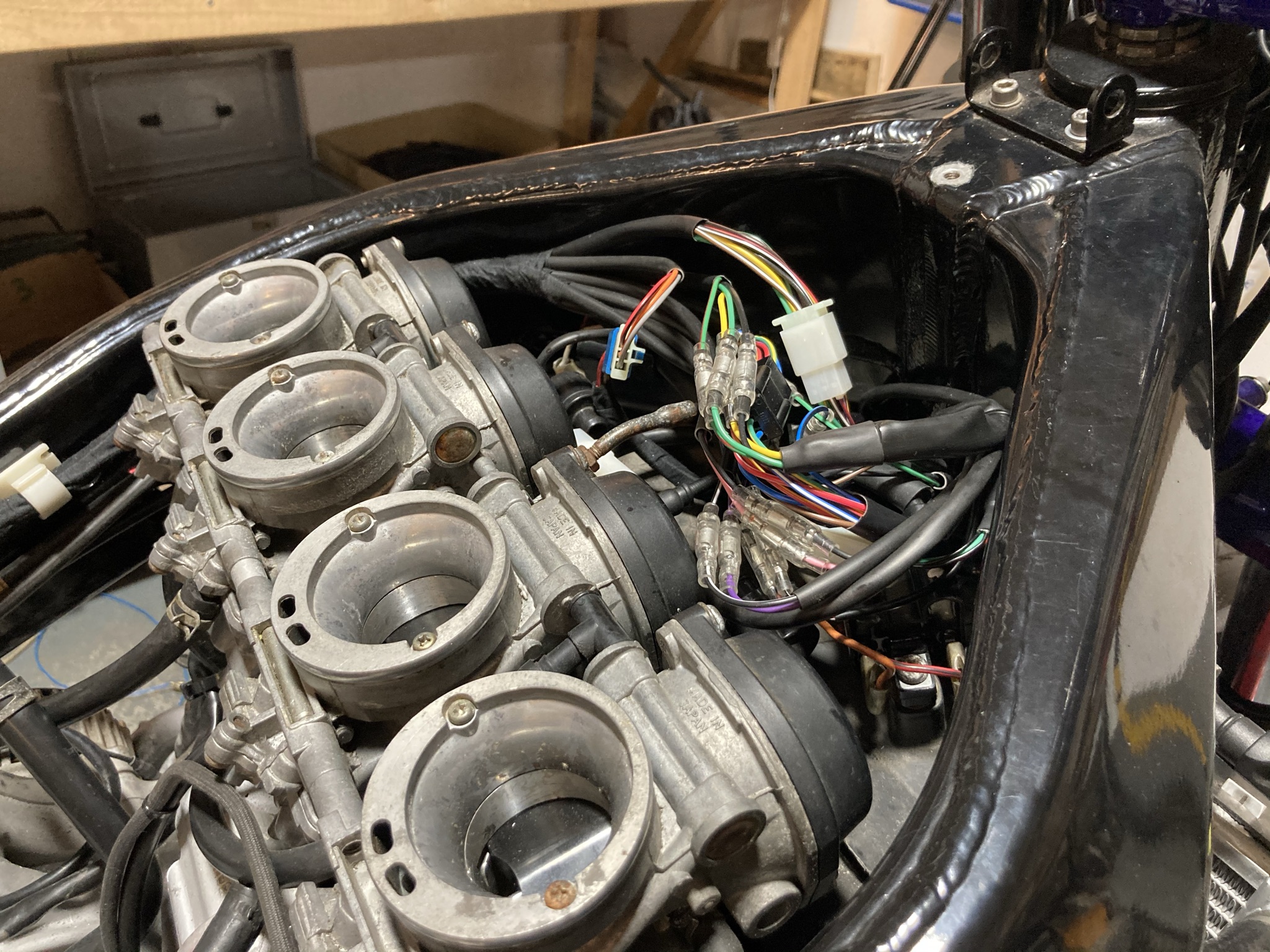 This is where the loom meets the front end. From a rat’s nest of cables to something reasonably tidy

The first thing Craig noticed when he woke his Thunder Ace up after three years of hibernation was a tendency to run for four seconds, then stop. Having ruled out fuelling, he started looking at the ignition – and the more he unravelled the loom the more he found wrong. Could it be fixed relatively cheaply?

Unfortunately not. There were a lot of unsafe repairs and corroded terminals – and I couldn’t make the ignition box work any better than Craig had. There comes a point when fixing that many problems would be more expensive than starting again. “I thought you might say that,” Craig said.

We hatched a plan to build the simplest loom possible. Rather than try to revive a 1990s ignition box I suggested a new ignition system and, as usual, Ignitech made the best sense. €130 for a new, high quality ignition box is a no-brainer.

It allowed us to eliminate Yamaha’s complicated and sometimes problematic diode box, as well as the Exup system. (Craig had already fitted an exhaust with no Exup valve so he didn’t need it.) His minimalist Vapor dash also allowed us to ditch all the warning lights. On the other hand I added a four-way fuse box and a fuel pump relay.

The engine started OK on the new loom but carbs 1 and 2 were partially blocked – pretty typical for a bike that’s been laid up with fuel in the system. That’s a job Craig can sort out.

In case you’re wondering, the tail unit is from an R6. You’d never know the bike had started life as a fully-faired sports tourer. It’s like an MT10 20 years ahead of its time. 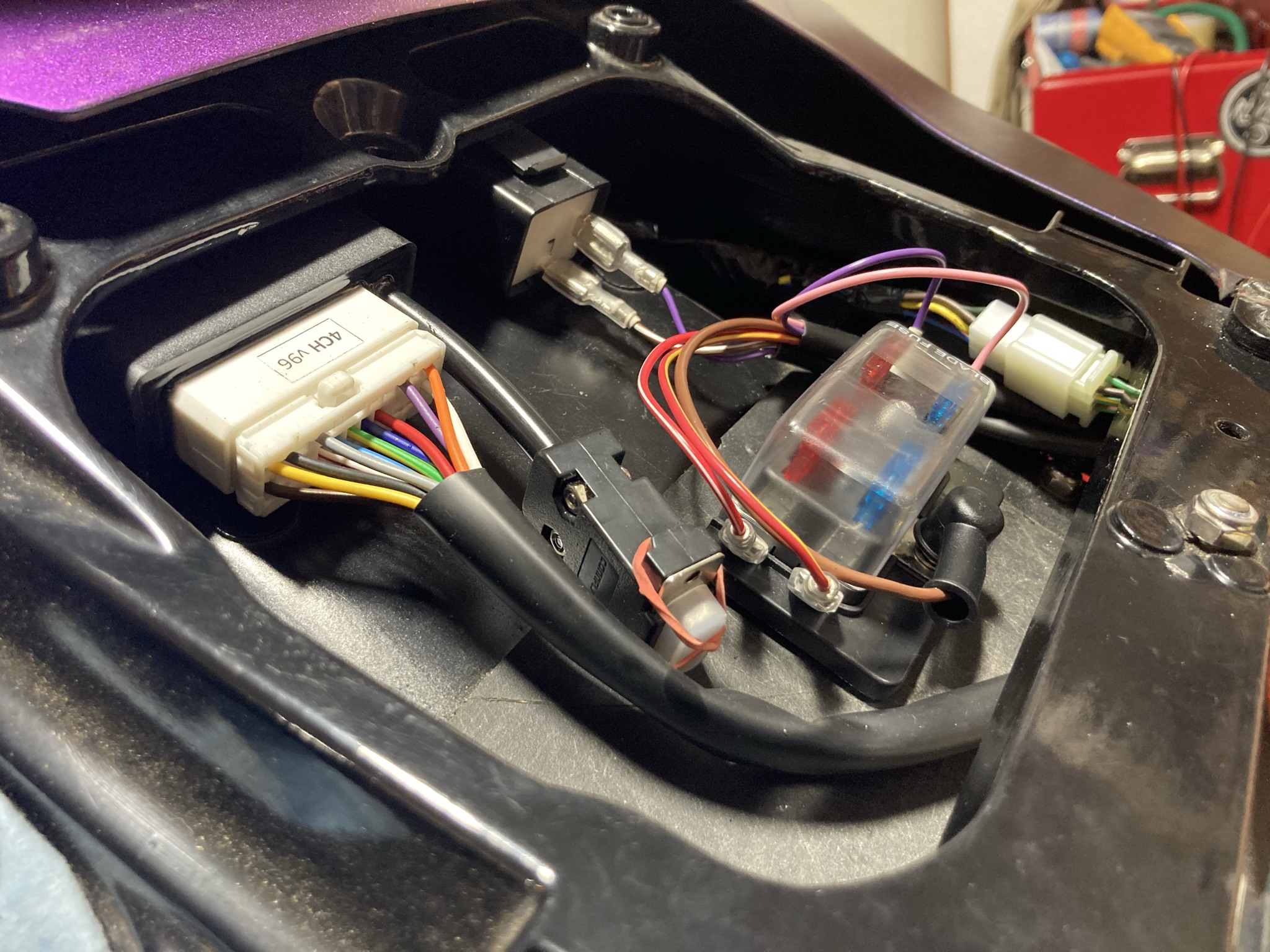 From left: Ignitech ignition box, flasher unit, fuse box. The PC plug is Ignitech’s programming port, in case you ever want to reprogramme the ignition 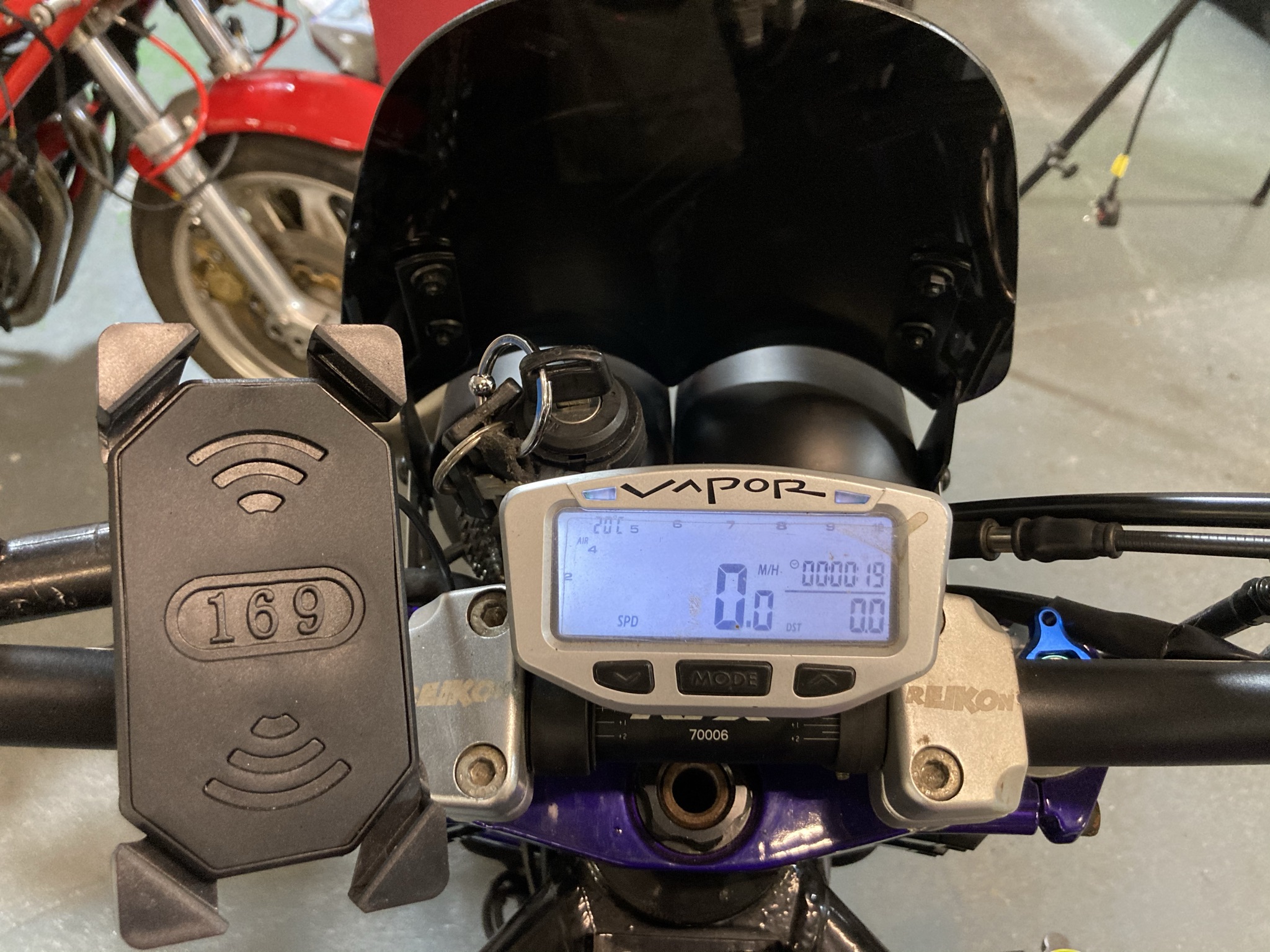 Vapor dash in the middle does speed, revs and not much else. Phone holder does the GPS stuff 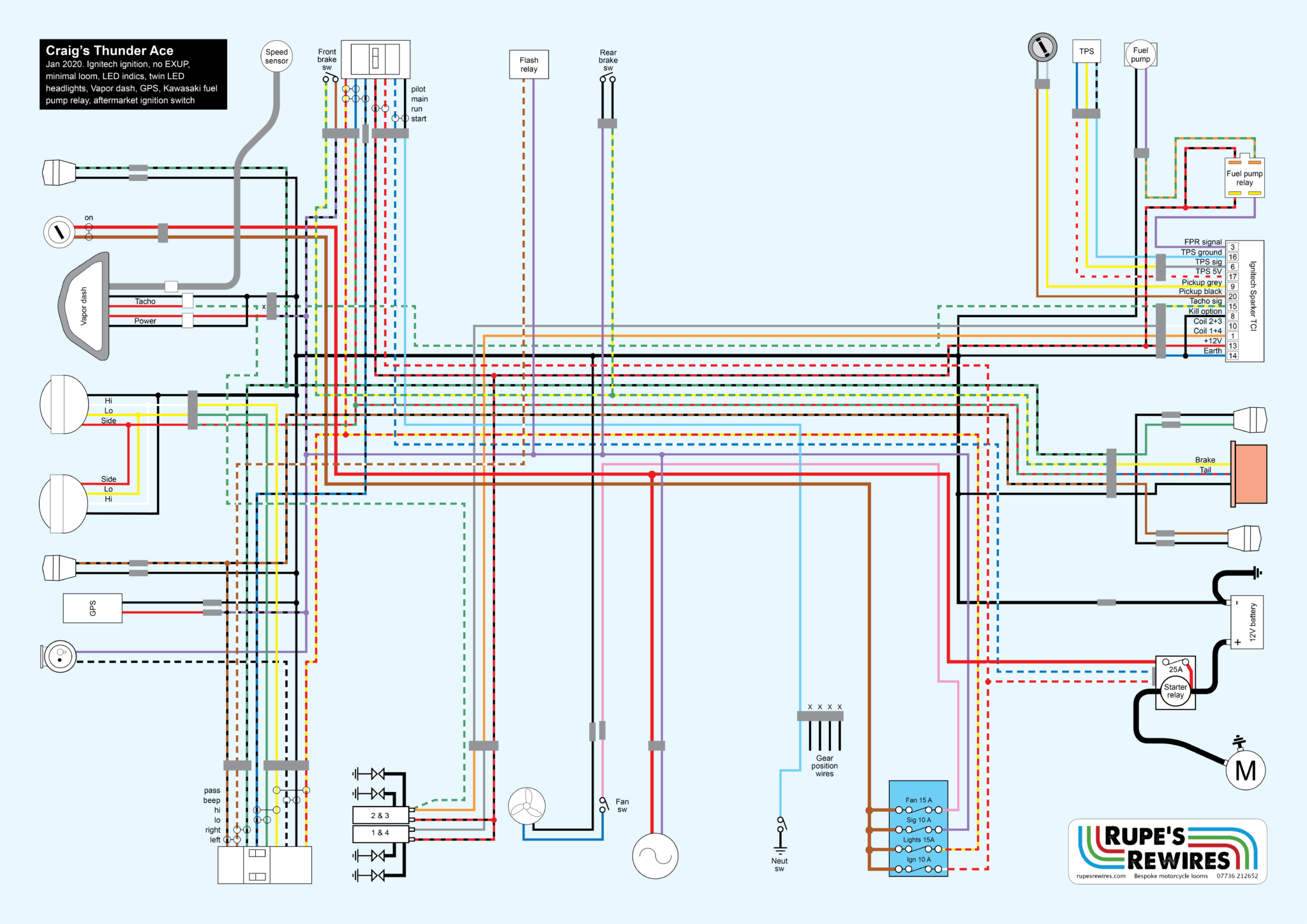