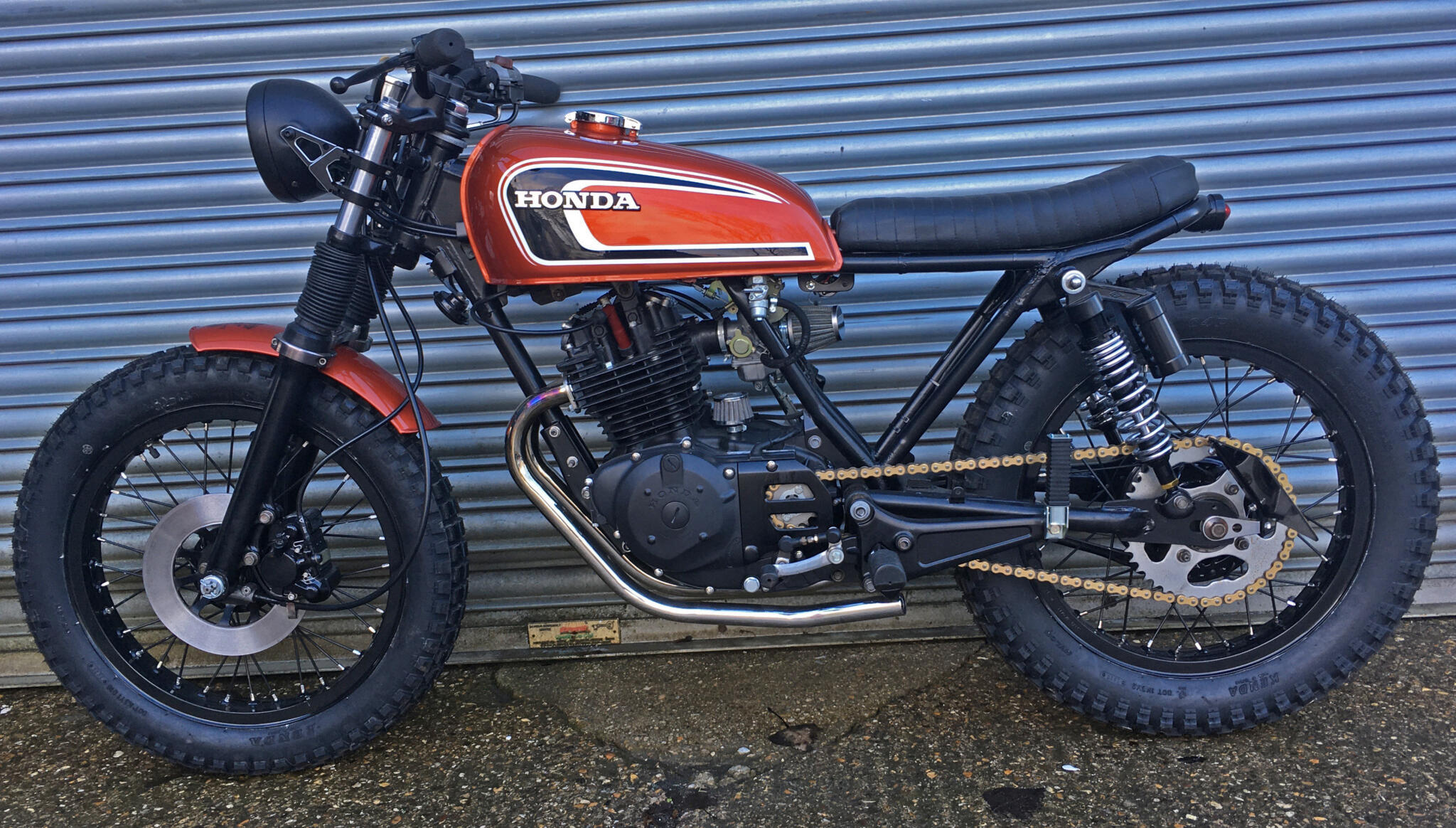 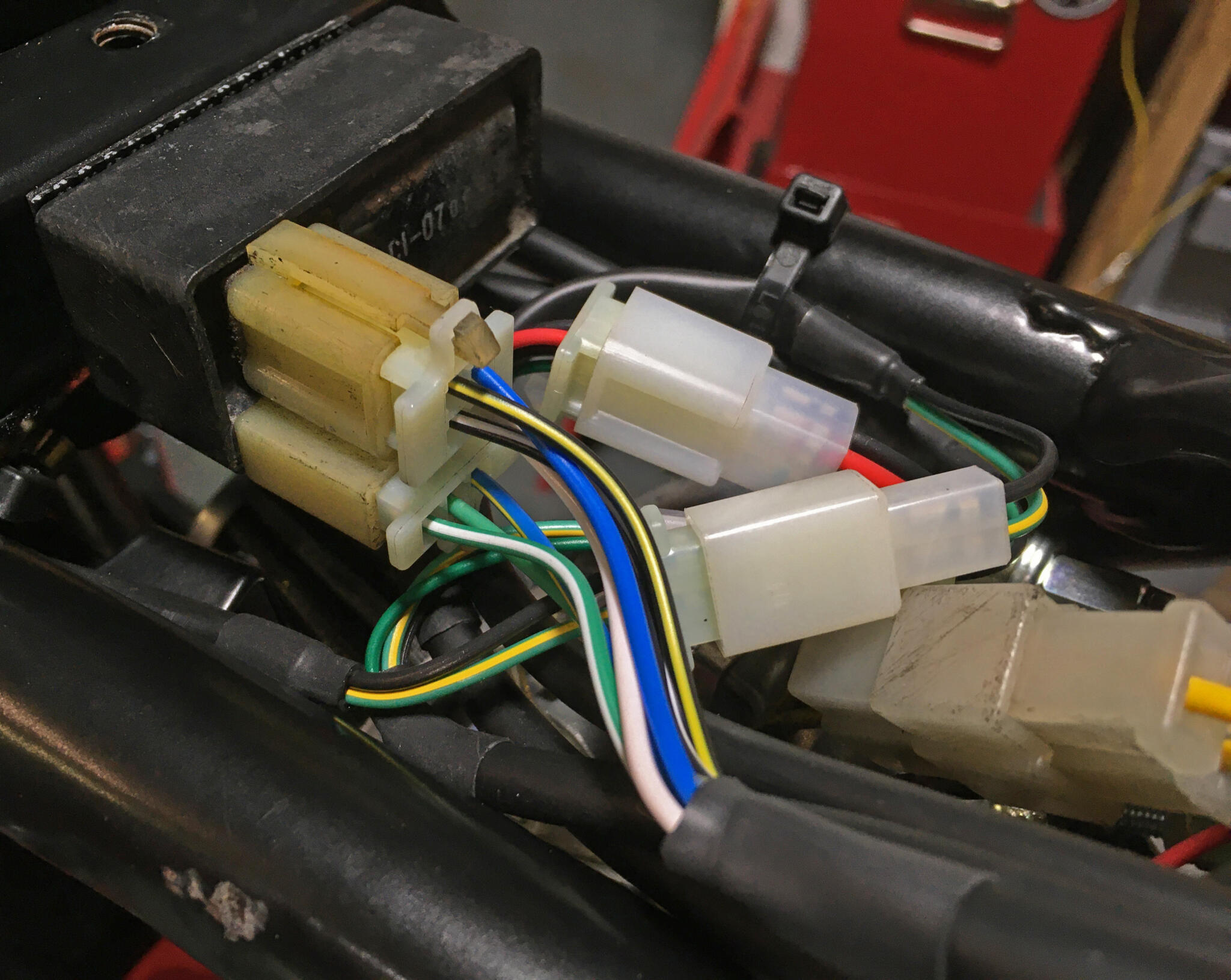 All the plugs have to live here just behind the tank 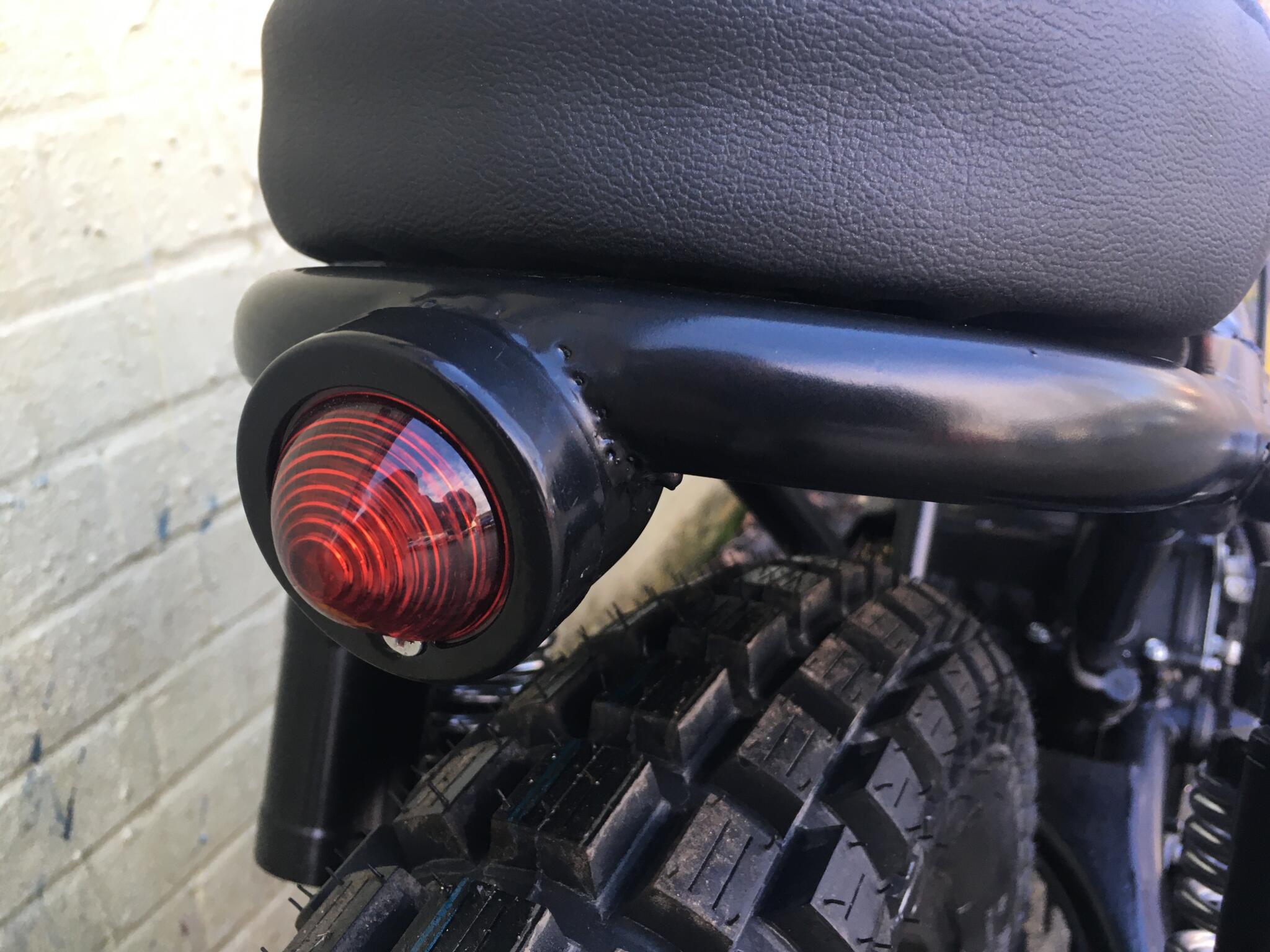 Nutty tail light is welded to the frame rail

This is Rowan’s third bike in the RR workshop. The first two were matching R series BMWs. He bought this little Honda already modified to be a cafe racer, with drop handlebars and a blue tank.

Rowan decided (rightly in my opinion) that the bike would be better a) with a flat track vibe and b) orange, so he repainted the Honda 250 G5 tank and slung the clip-ons. He  is the first to admit the rear sub frame welding isn’t up to his standard but what the hell.

As with many 1980s bikes the original electrics were absolutely cattle-trucked. The right hand switch cluster came back from the dead with emergency surgery but the ignition switch, with pockmarked contacts and broken detent springs, had to go.

The brief was to make the loom as invisible as possible, and especially to leave the space under the seat light and airy. To do this you have to figure out a home for the various plugs, and use the thinnest possible cables. My favourite bit is the horn button Araldited into the handlebar. Its wires emerge through a 4mm hole between the handlebar clamps.

You can follow the adventures of Rowan’s bikes on his Hawkeye Moto Insta page. 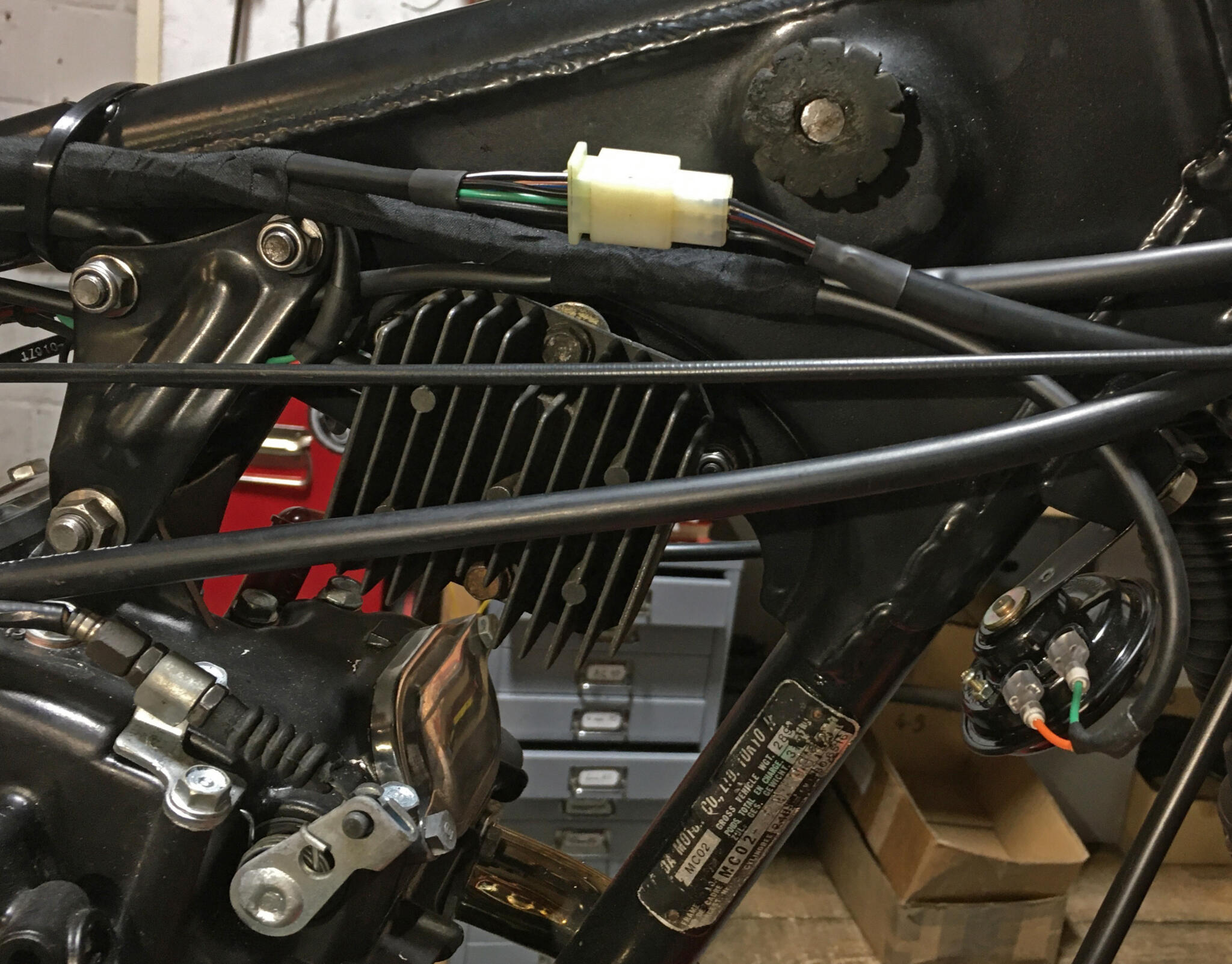 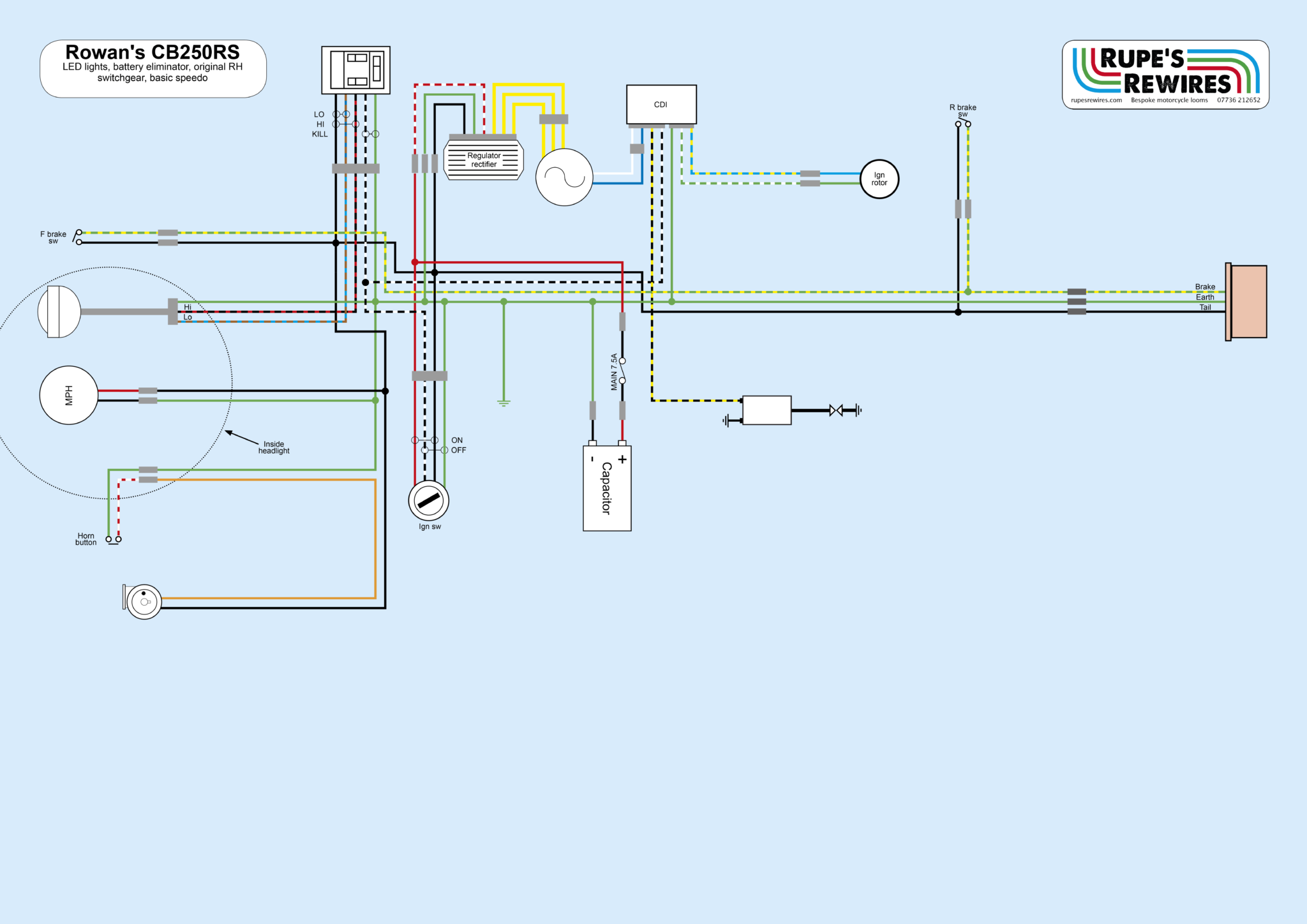