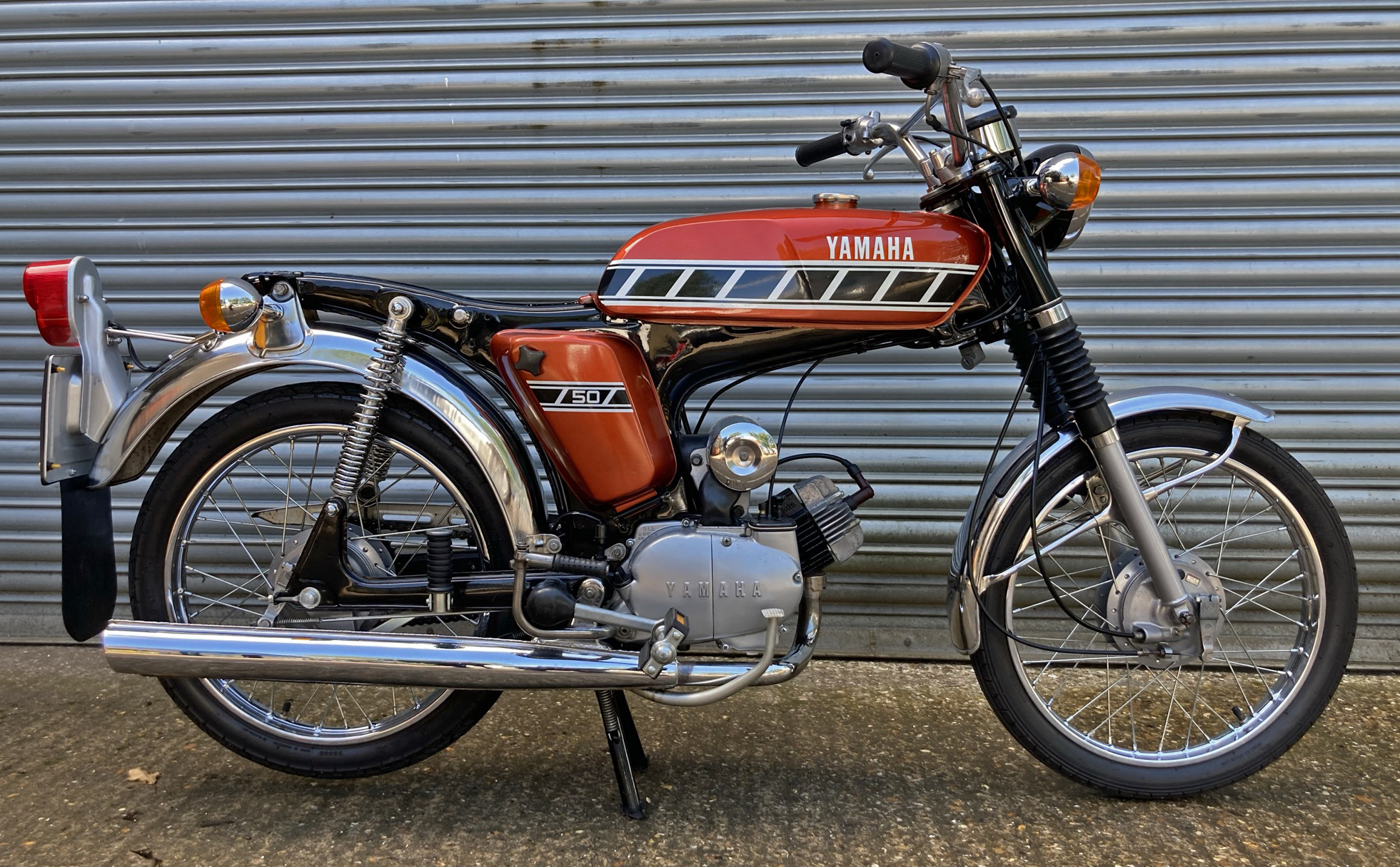 For anyone aged 50 or over, this bike has a magical effect 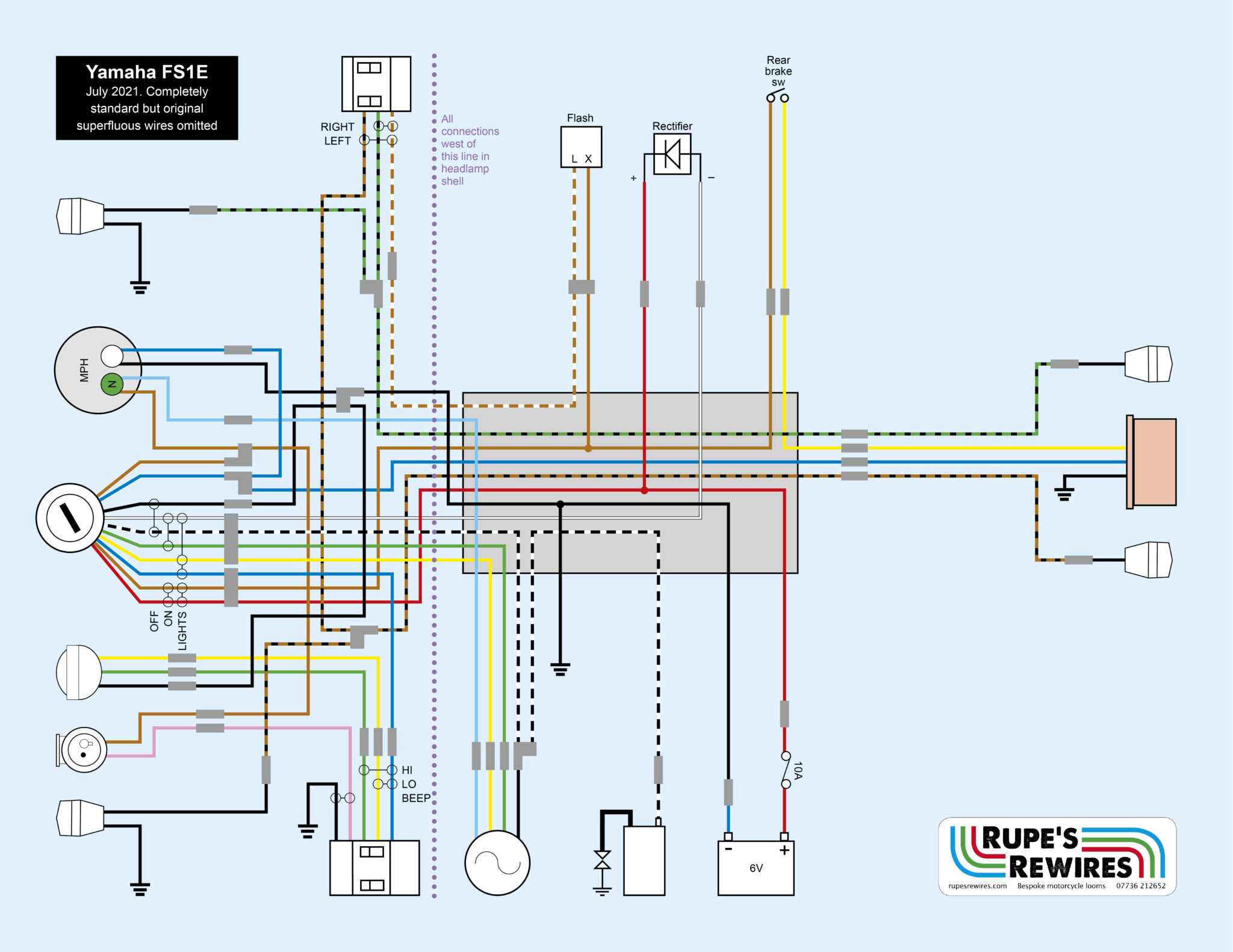 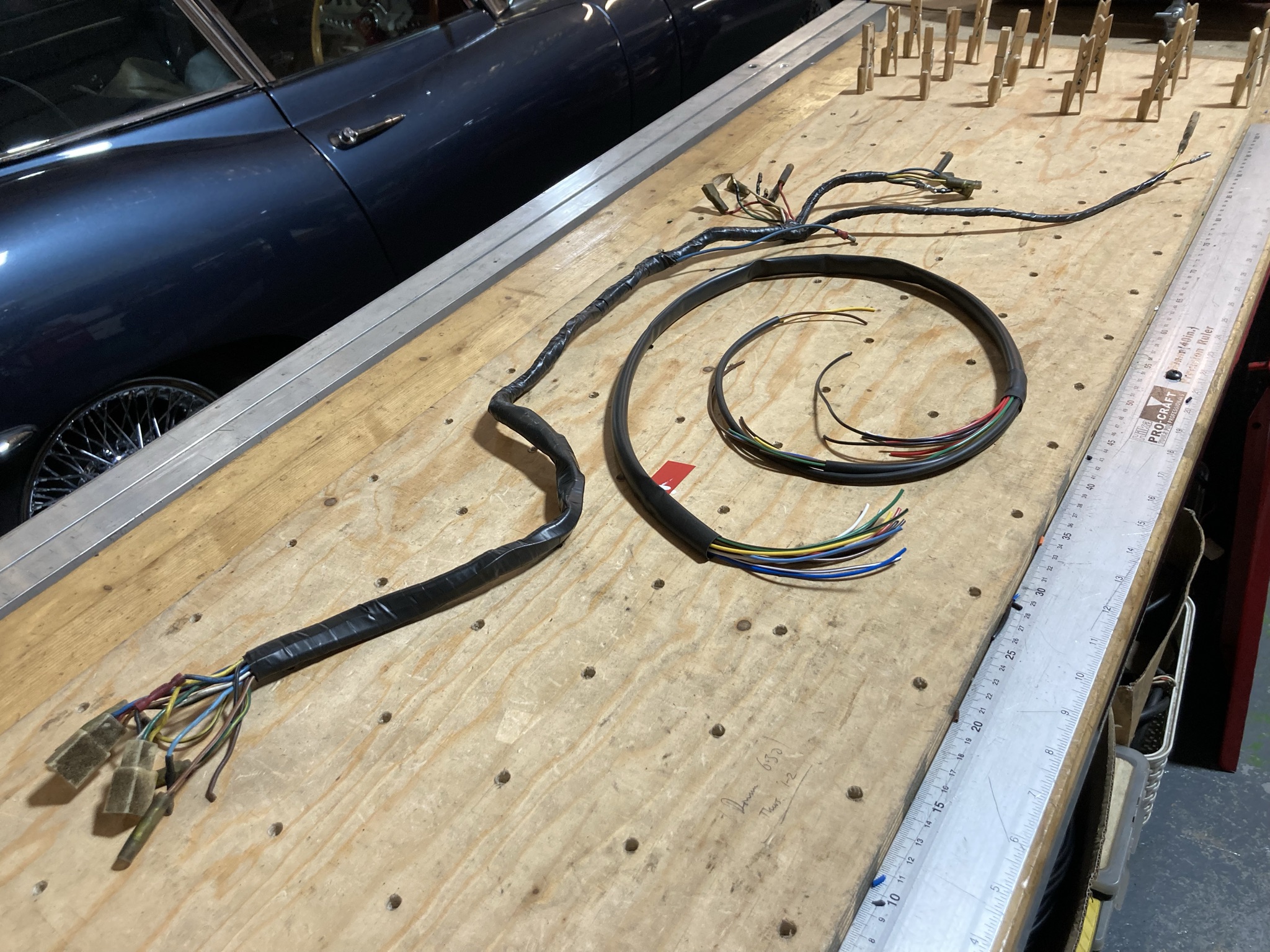 Old loom stretched out, new one curled up

When Bob brought his CB450 to the workshop he also left his friend’s Yamaha FS1E. (He’d bought it the week before for an eye-watering price.)

Although it had been restored to a reasonable standard the guy had advised him to rewire it. The indicators didn’t work, and some of the other electrics were hit or miss.

I think this is the simplest roadbike loom I’ve done for years, but you still have to check every detail. Opening up the ignition switch showed it was in perfect nick, but the section under the seat was a right old mess. Back then Yamaha ran the wires through the frame, with plenty of opportunity for exposed connectors to earth out and blow the fuse.

It was a weird feeling riding this Fizz round the marina afterwards. First time since 1978, when my brother’s mate Tris had one exactly the same colour. 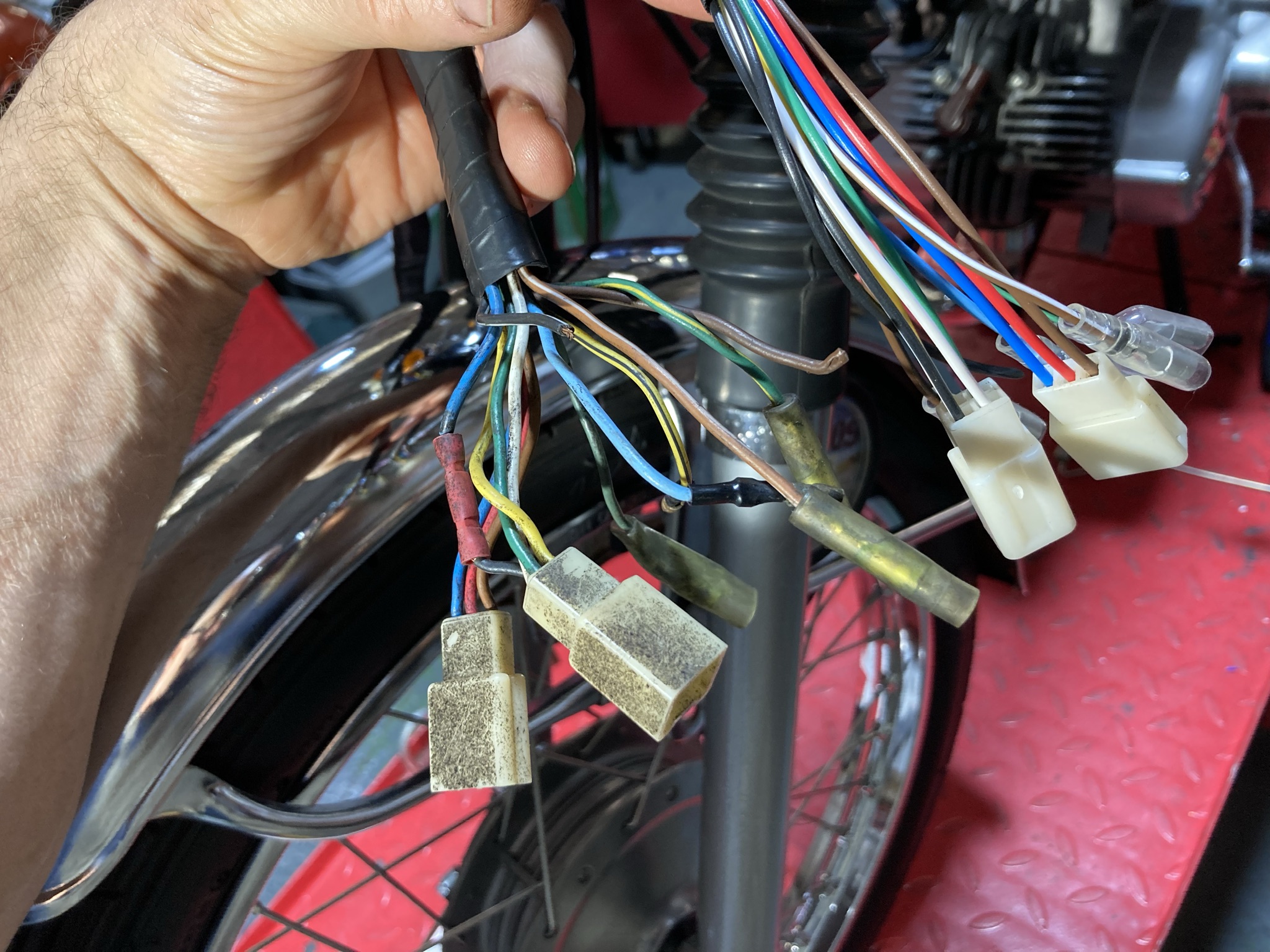 Main loom into the headlight: old on the left, new on the right 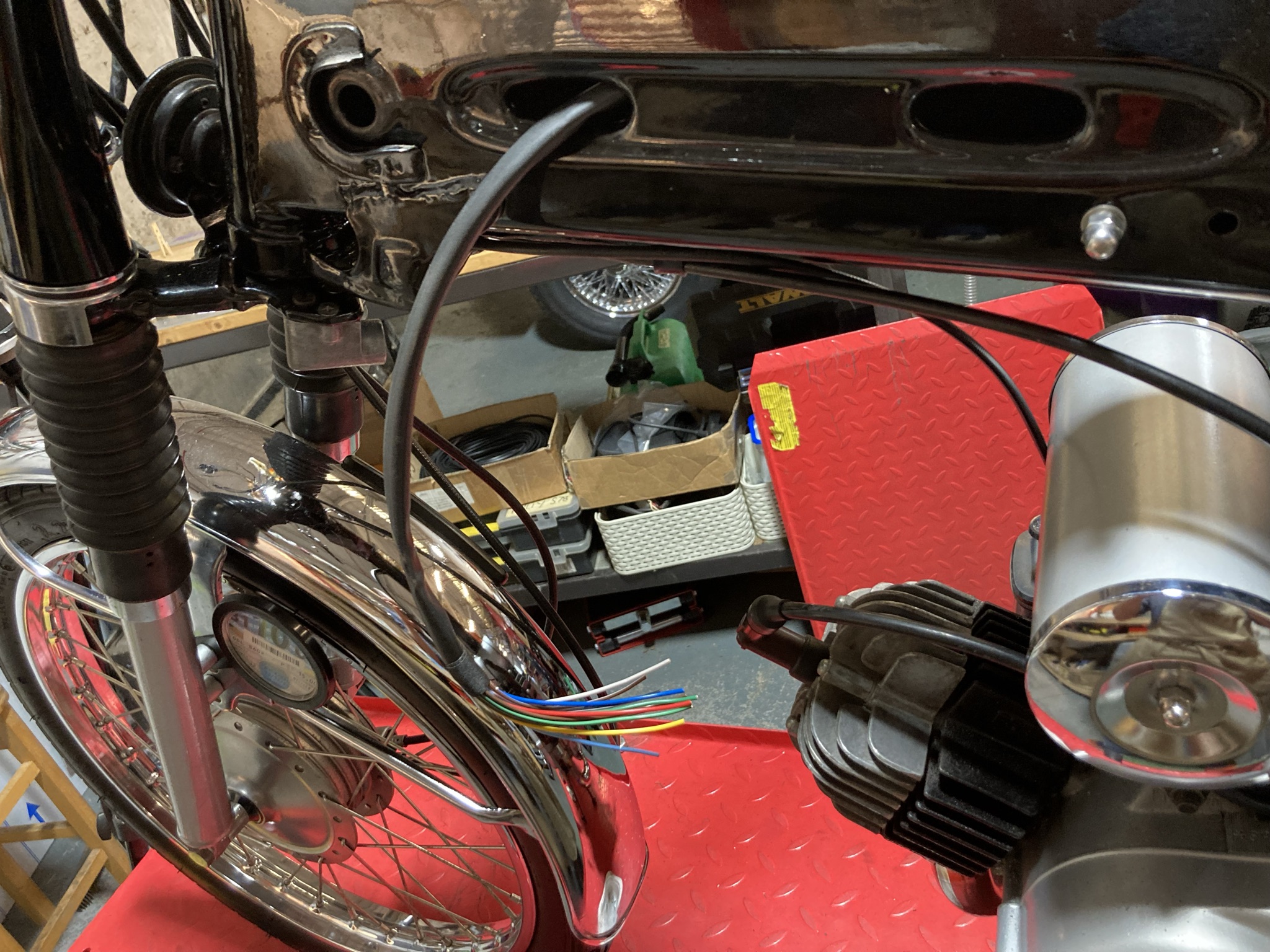 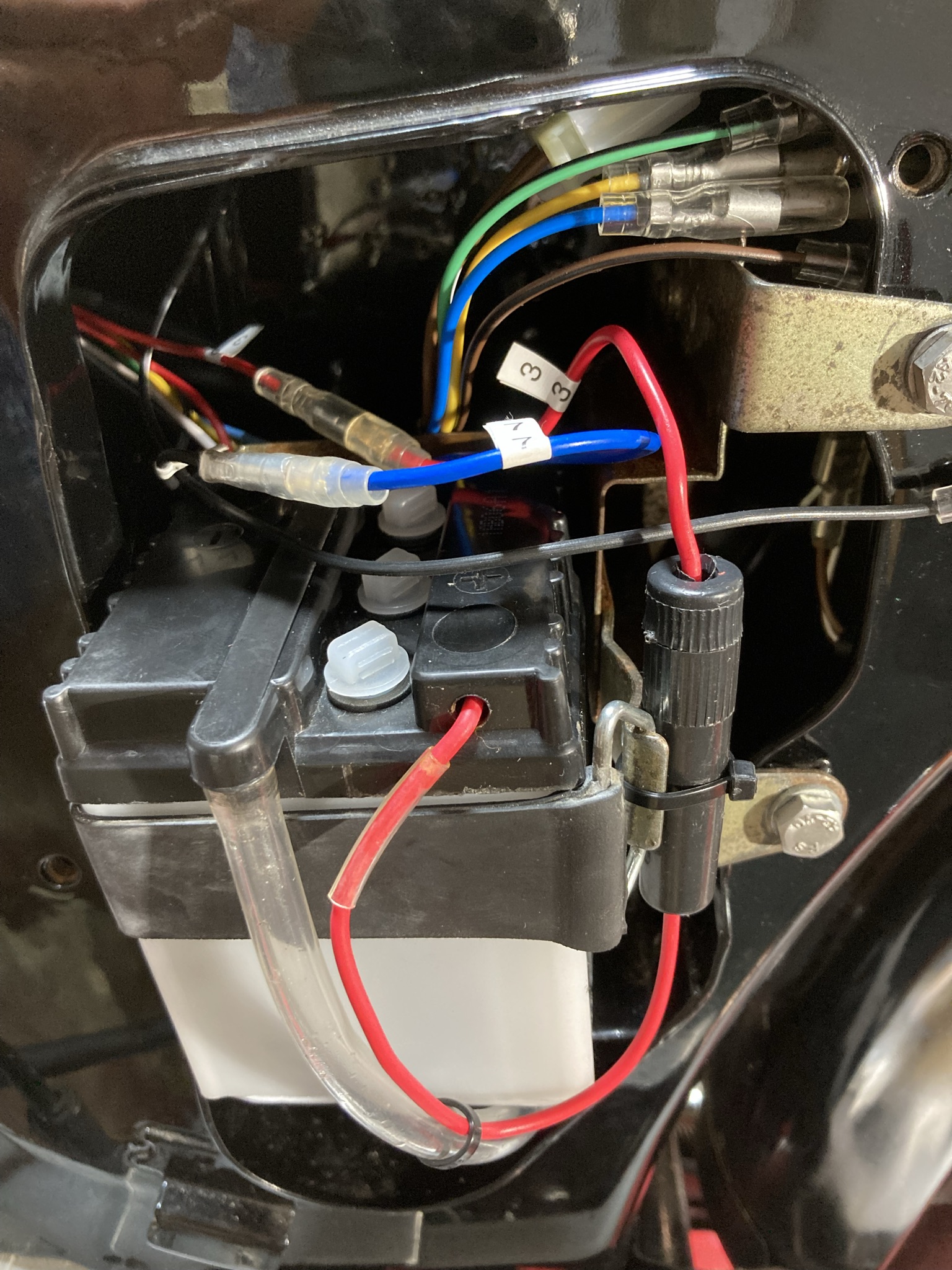 Most of the action comes together here, around the suitably puny 6V battery