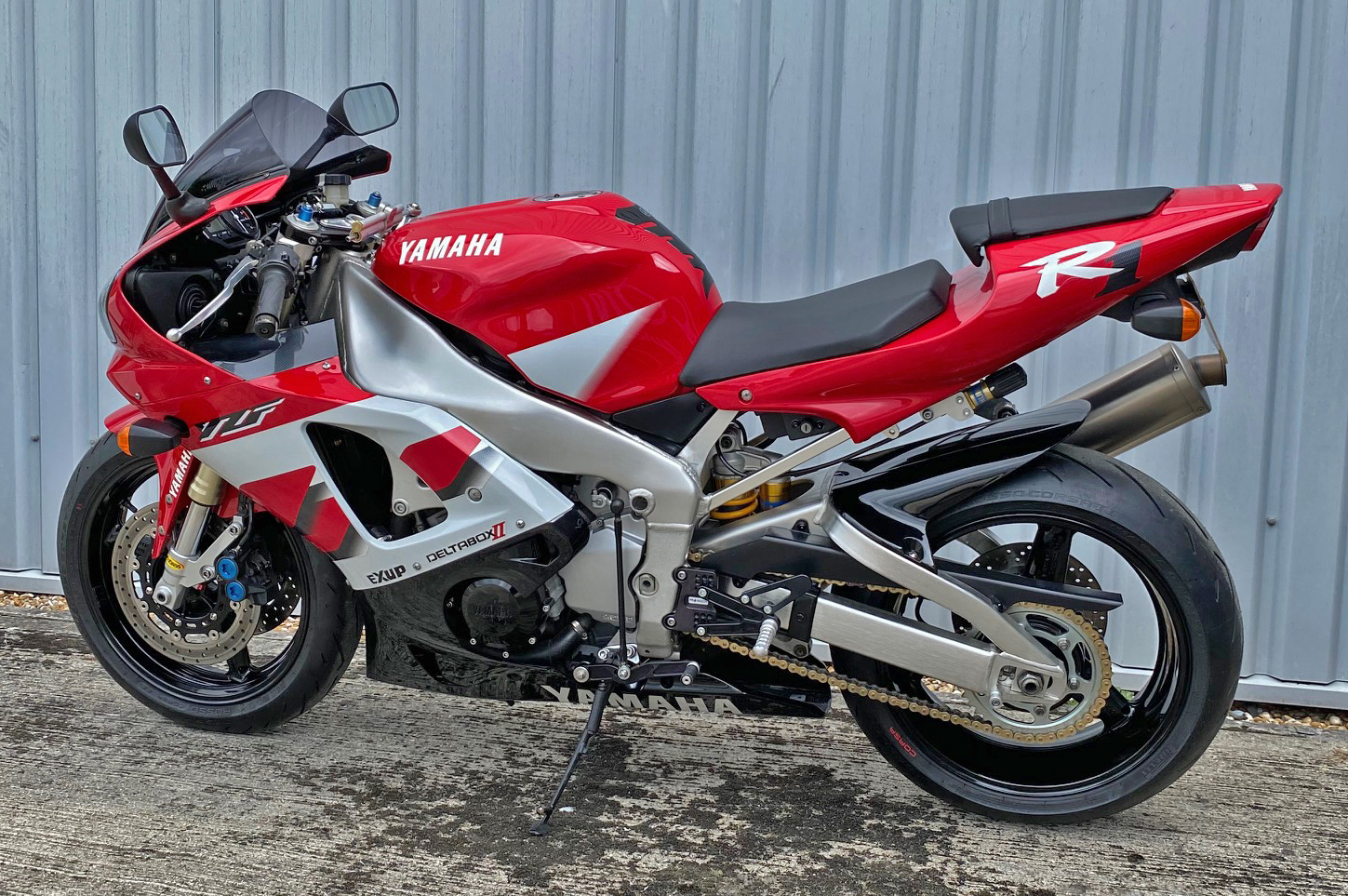 Still in lovely nick, with a couple of very tasty mods to the suspension 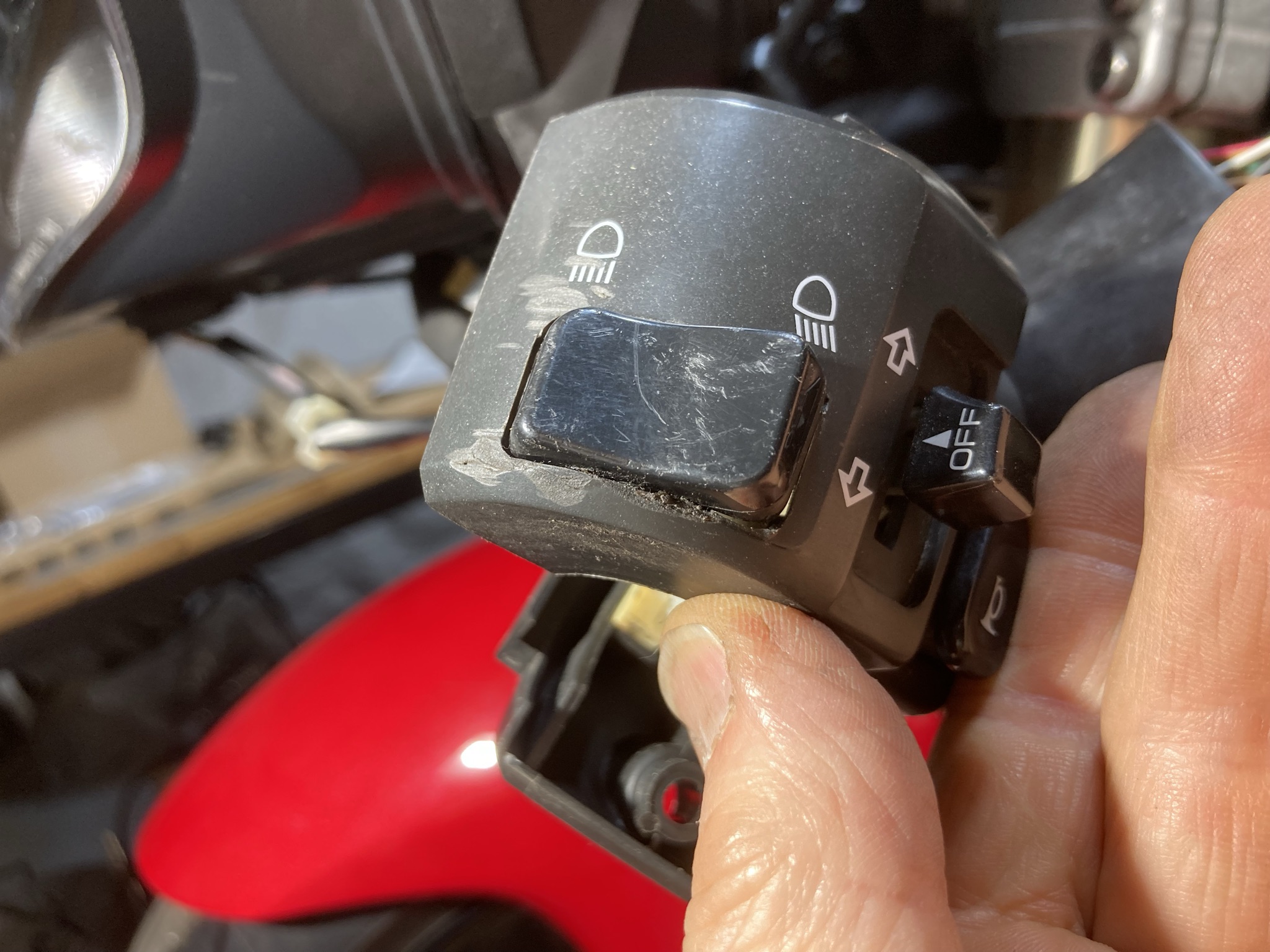 Initially I ignored the scuffs around the hi/lo switch 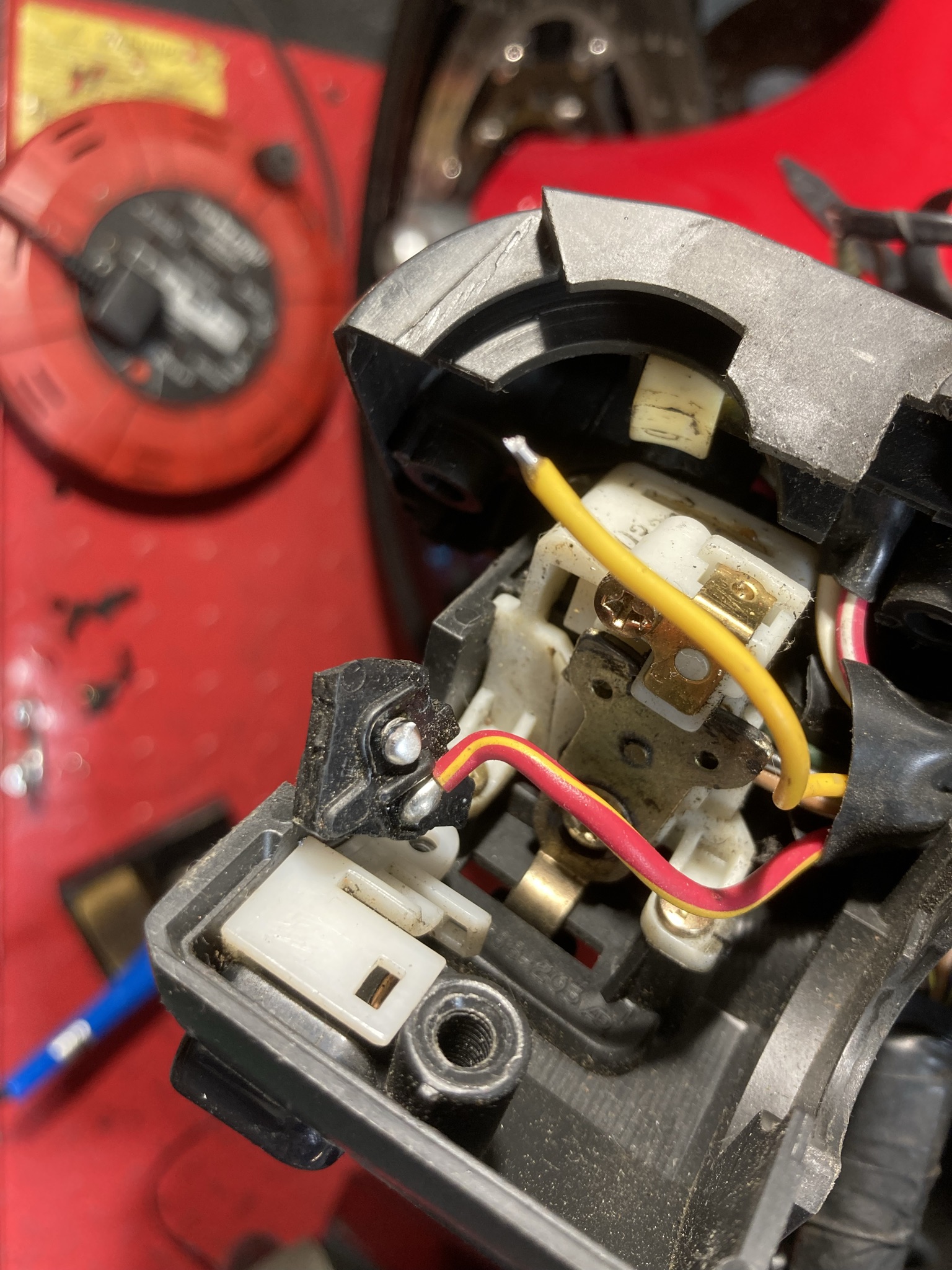 Then I saw the switch wire had broken. Easy to fix that…

This isn’t the same Bob who brought the CB450 and FS1E. This is the Bob who built Carl Cox’s sensational XR69.

Bob is a super-experienced road and race mechanic who has been to the other side of the world to race (and win). But after finding and buying back his original Yamaha R1 after 25 years he had found a baffling problem. It wouldn’t run, and kept exhibiting puzzling issues. The lights wouldn’t work, it wouldn’t start – and even if it did it wouldn’t spark.

In spring I’d already checked over a used loom he’d bought. It tested fine, but there was still no improvement. “I never give up with a bike,” said Bob, “but this one has me beat.”

Just to give you an idea, Bob had bought two new looms, three interlock diode packs and two ignitions. And he could fit a new loom to the bike in about 15 minutes. What kind of problem could remain after that?

A couple of hours’ testing showed not one but three issues, all interacting. First, the neutral switch had stopped working. So the starter motor wouldn’t turn unless the clutch was in. Second, the interlock pack was duff, which again fouled up the starting and sparking. Fortunately Bob had provided a new one. Third, the left handlebar switch had got bashed. At first I thought it just needed a wire soldering back. Then I realised the switch was terminally damaged. Bypassing the switch made everything work again, and Bob soon found an undamaged switch.

He was so pleased he rang up so I could hear the bike start and run. Satisfying? Very much so. 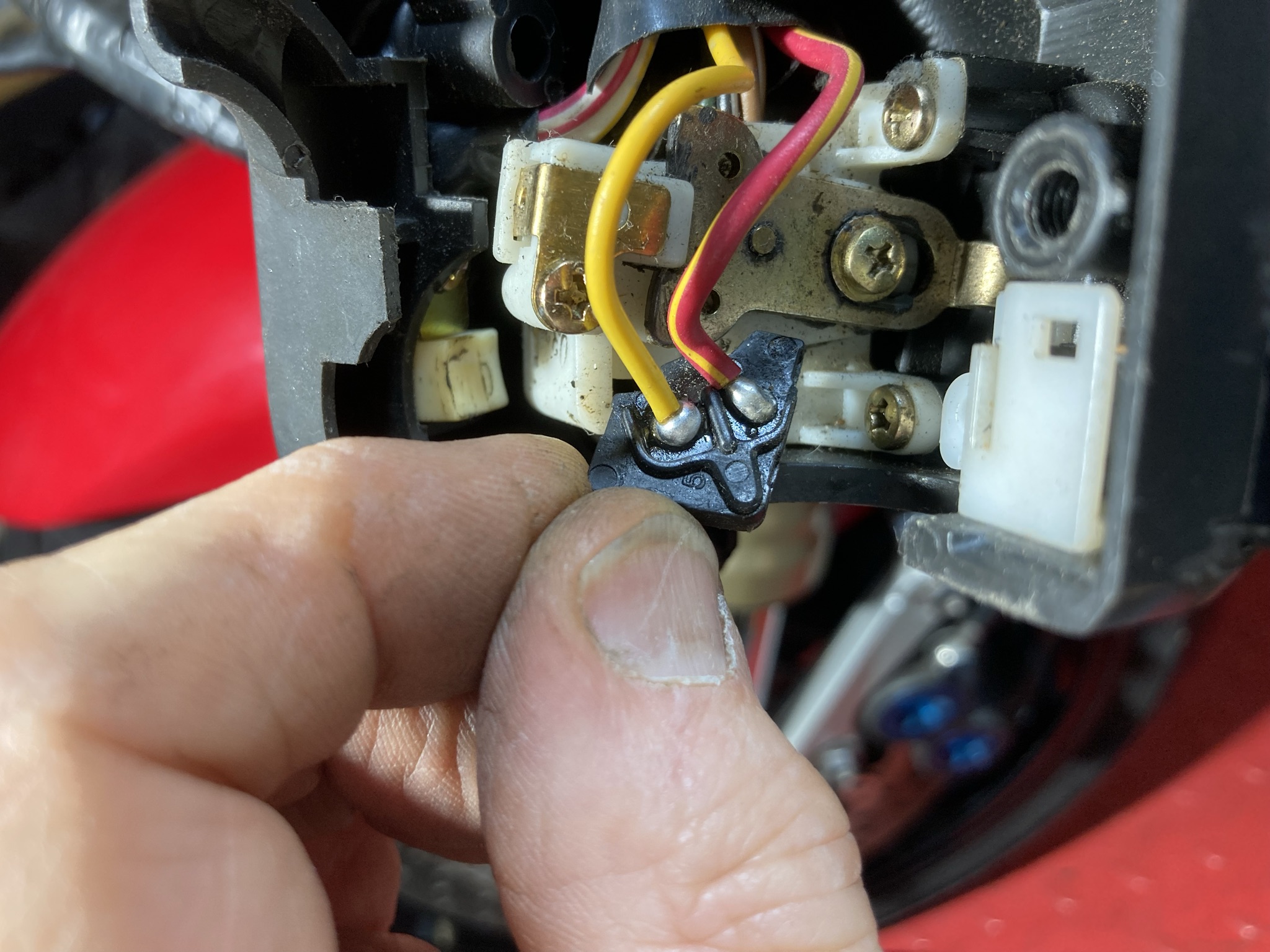 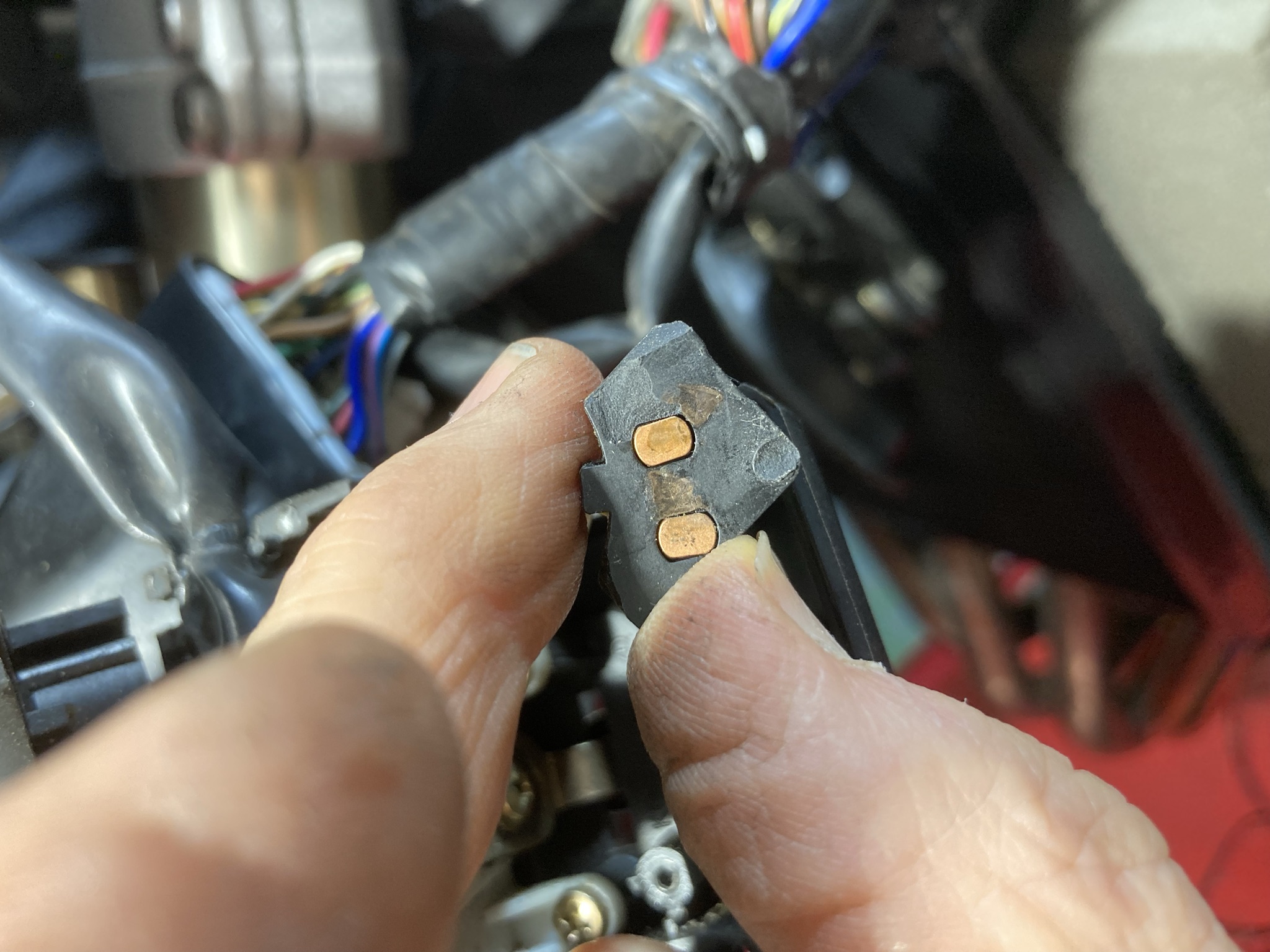 Ah… The plastic switch contact plate had got bits broken off it, so it couldn’t pivot properly. New switch needed 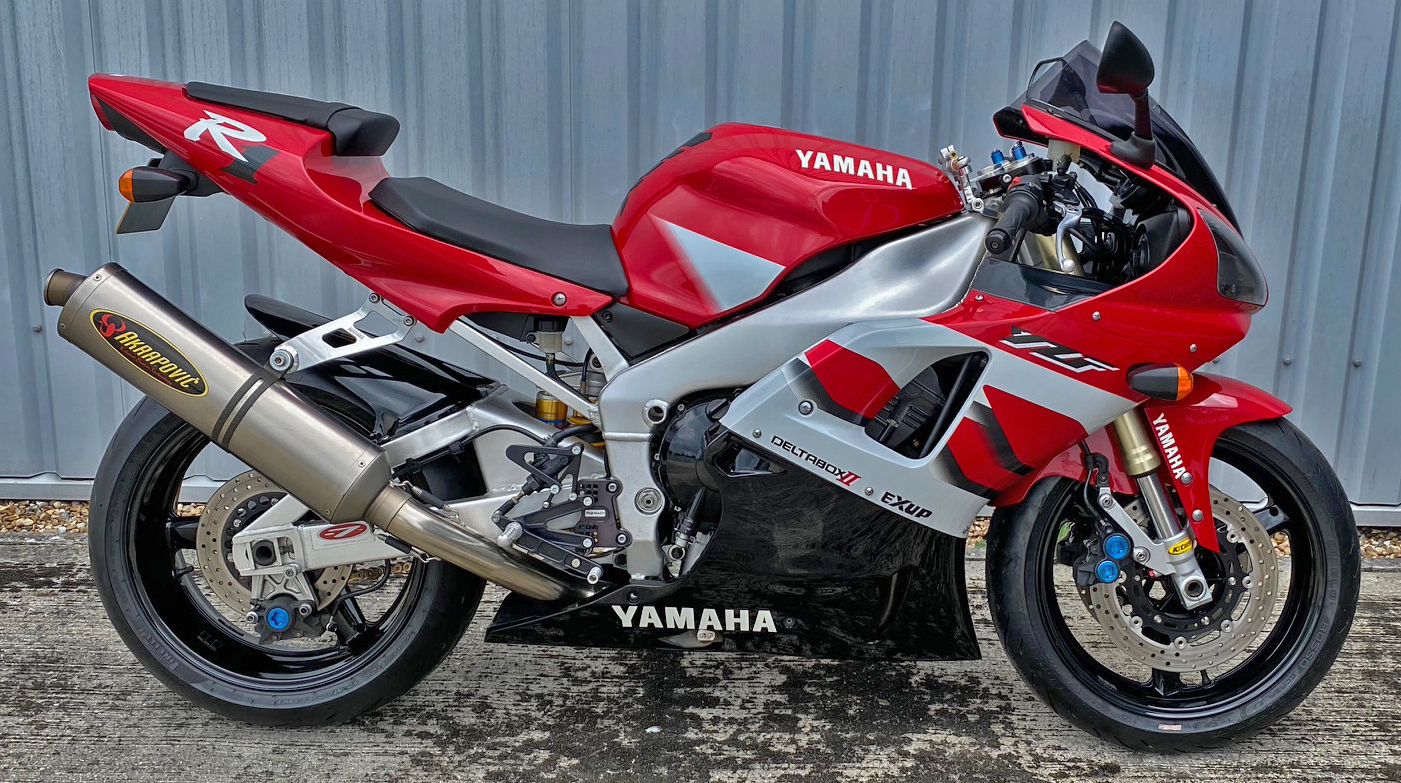 Here it is back at Bob’s HQ, ready for an MOT