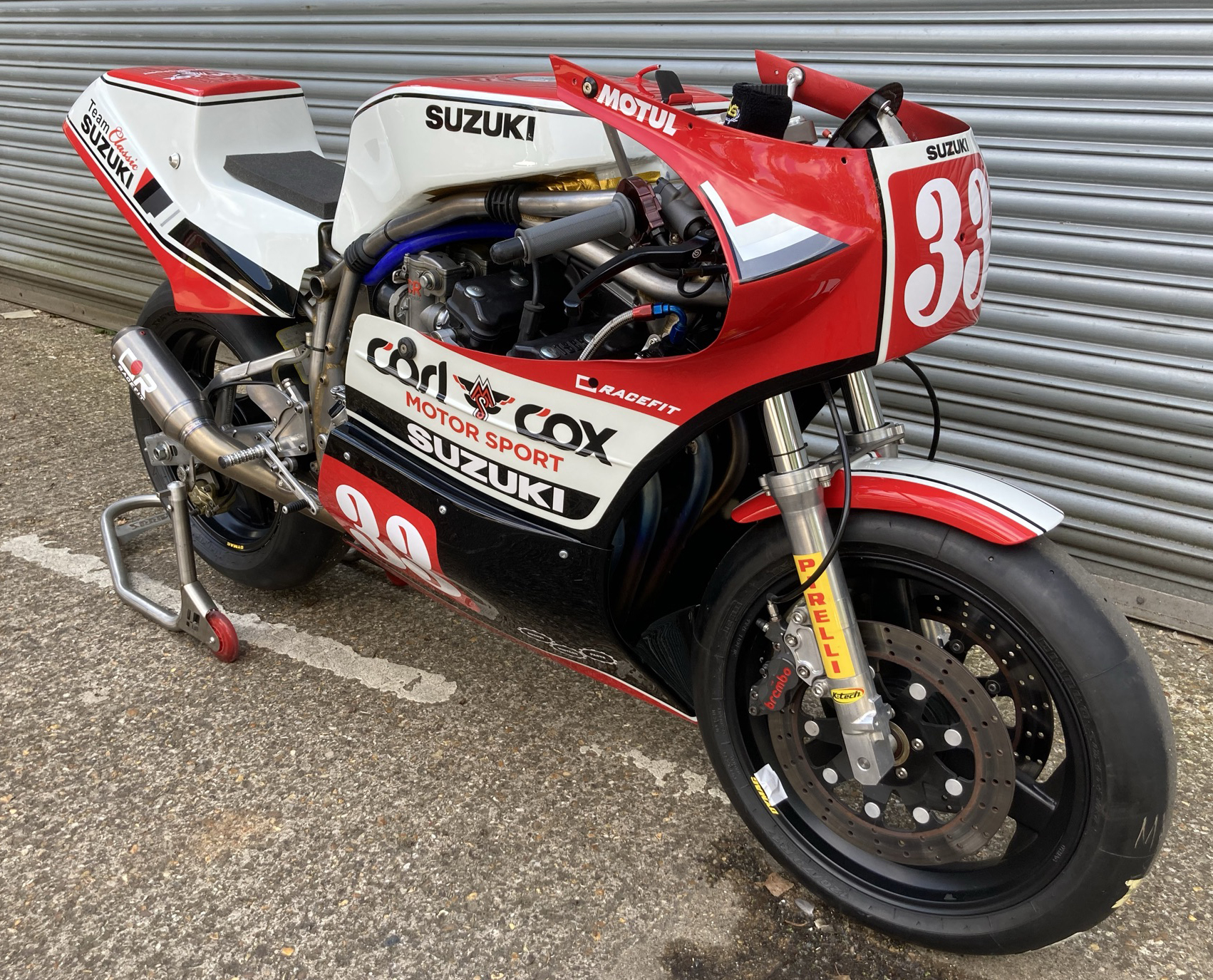 Carl Cox has a few race bikes. This one is arguably the prettiest 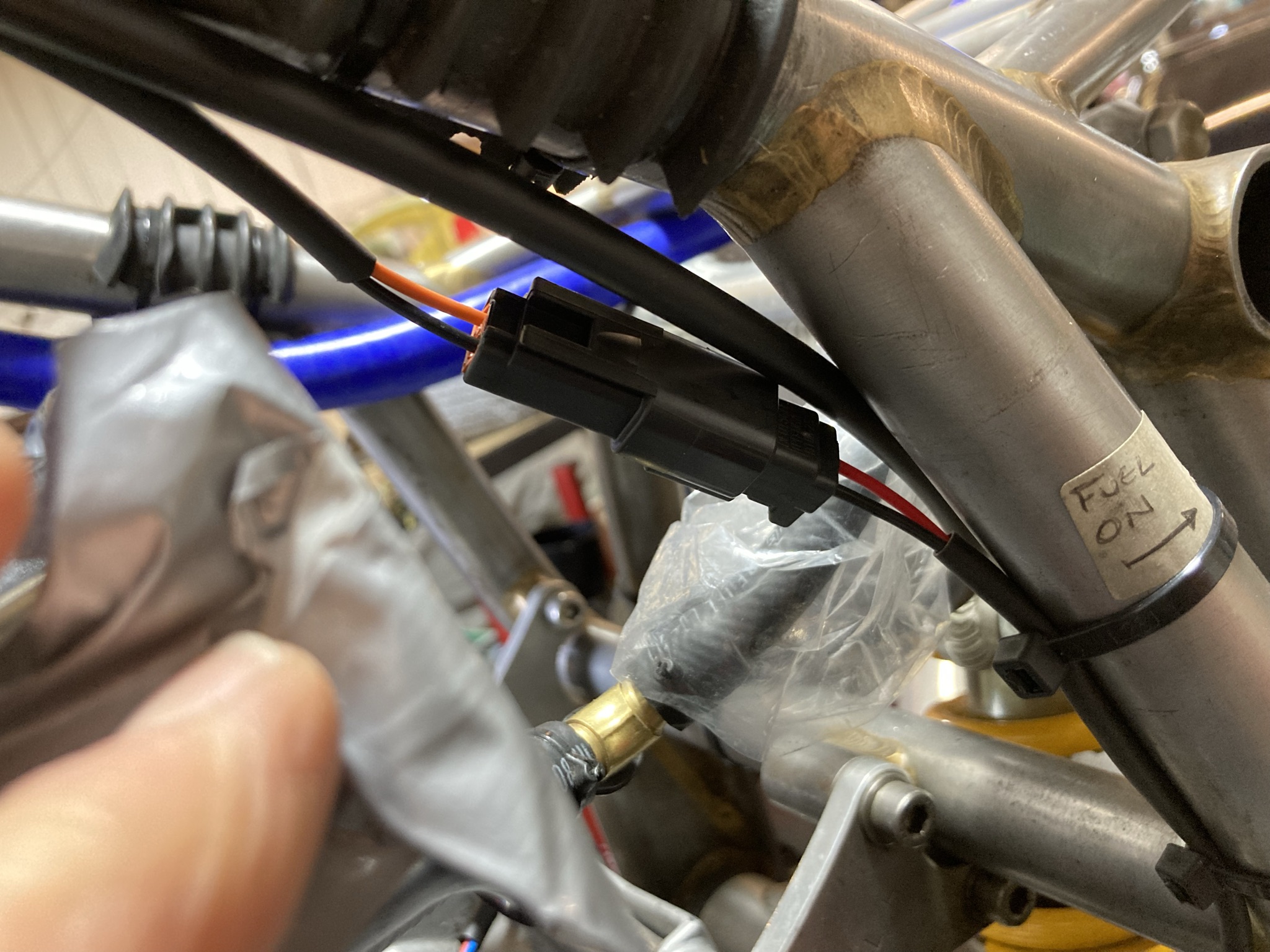 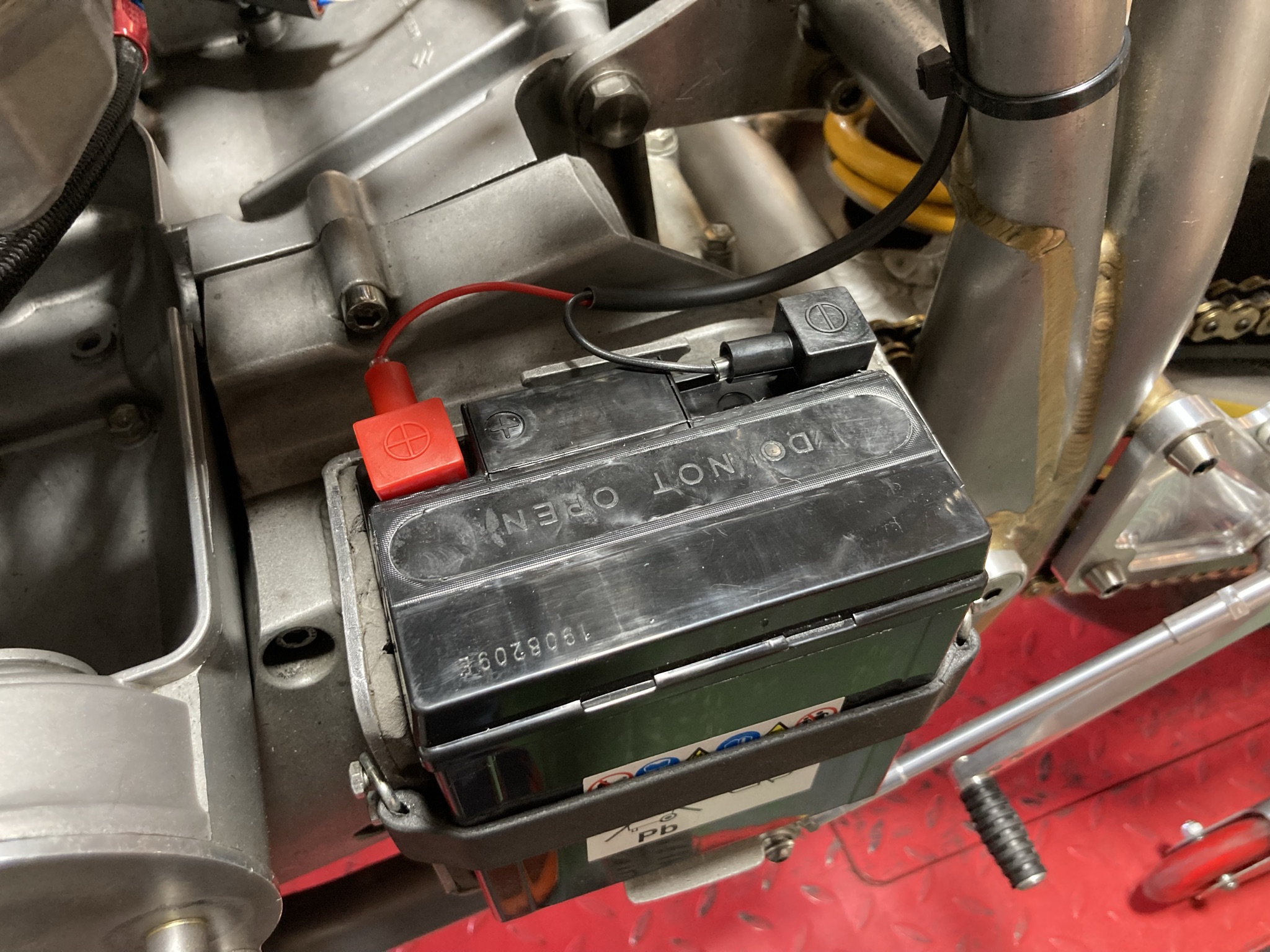 Originally the battery terminals faced outwards. I decided to move them out of harm’s way and add insulators 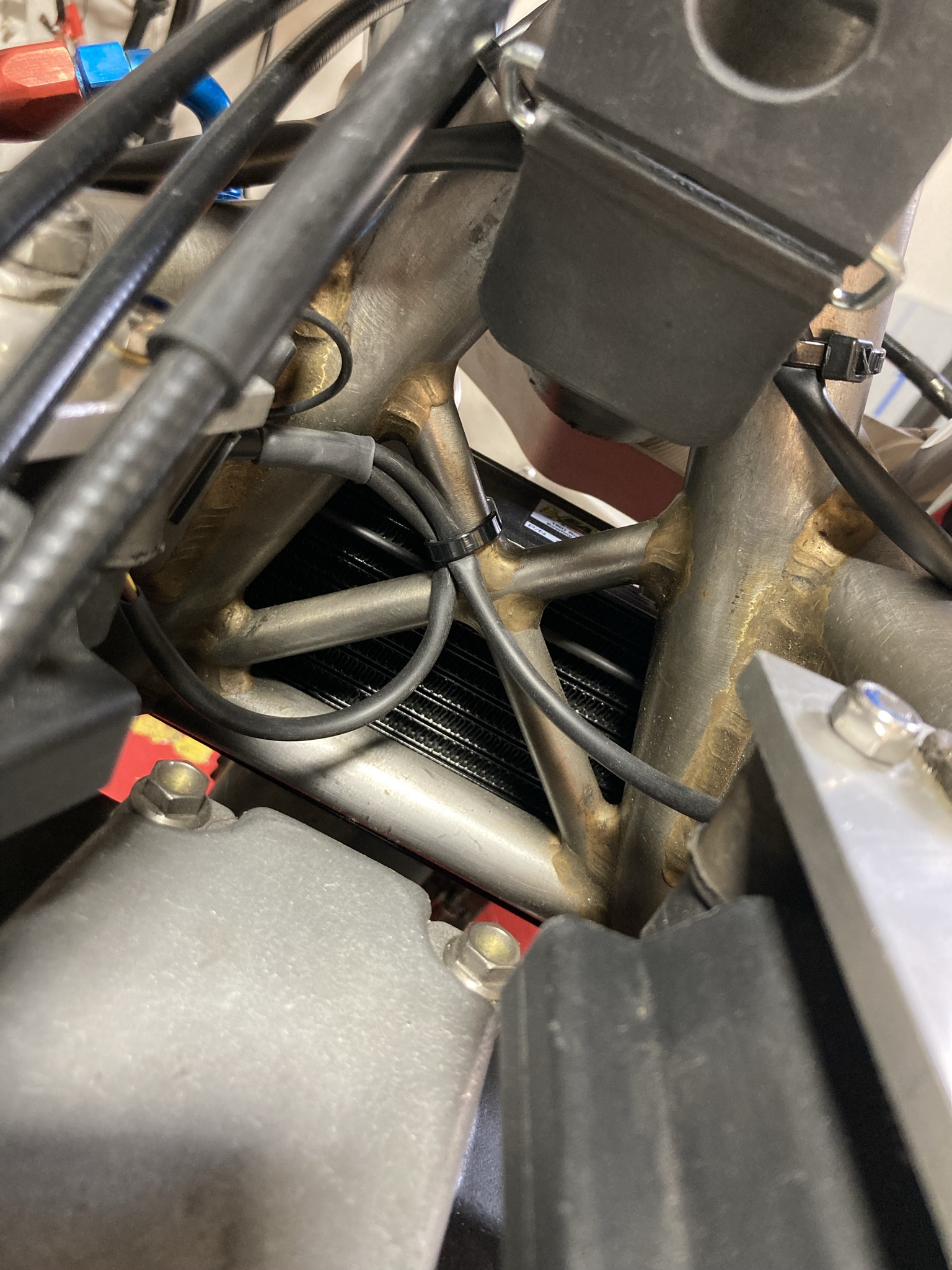 Looking forward between the top frame rails. The two coil connectors are tucked out of the way on the cross brace tubes. Superb bronze welding by Harris

This is the bike raced to a win at Phillip Island in Australia by Michael Neeves, who is MCN’s chief tester. And before we go any further, let us just pause and take in a very beautiful, and beautifully engineered, motorcycle. He actually made a pole, a win and two thirds.

It’s a Harris frame, built for the old Formula 1 class and now wildly popular in classic racing. The engine is an old Suzuki GS1000. Carl owns it because he loves bikes. As well as winning, the bike had been smashed to bits in a crash, so by the time it turned up at the Rupe’s Rewires workshop it was a fresh rebuild. The only iffy bit was the ignition loom. Bob, who builds Carl’s race bikes, reported that the rev counter had never worked. (I do love a challenge.)

It turned out to have a hybrid Dyna ignition, with pickups from a different Dyna kit. Richard at Dynatek UK identified two pin positions to get the tacho working. We would have to try both to see which one gave the right signal.

The main thing with a race loom is building something that’s a) easily removed and replaced and b) can put up with a light mauling from mechanics under pressure. Bob and I agreed on Deutsch DT connectors because they are easy to separate and reconnect, multiple times.

Although we got a spark, we couldn’t start the bike! It’s a race engine and the rear wheel was skidding on the rollers rather than gripping. Bob decided he needed a different roller starter and the long-legged Mr Neeves to fire the brute up. Neither were available on the day, so into the van it went.

It was a real honour to be trusted with such a special machine. 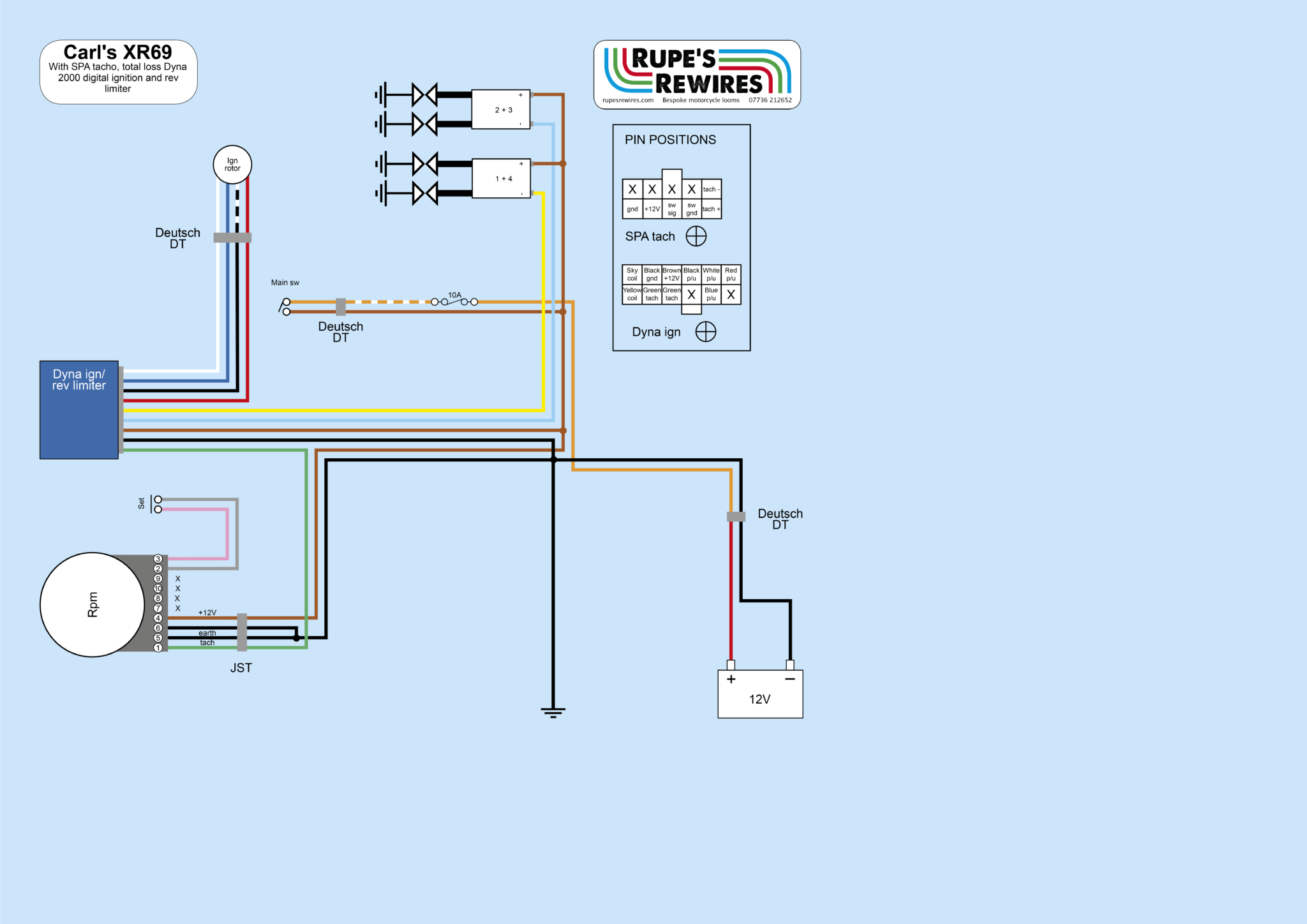 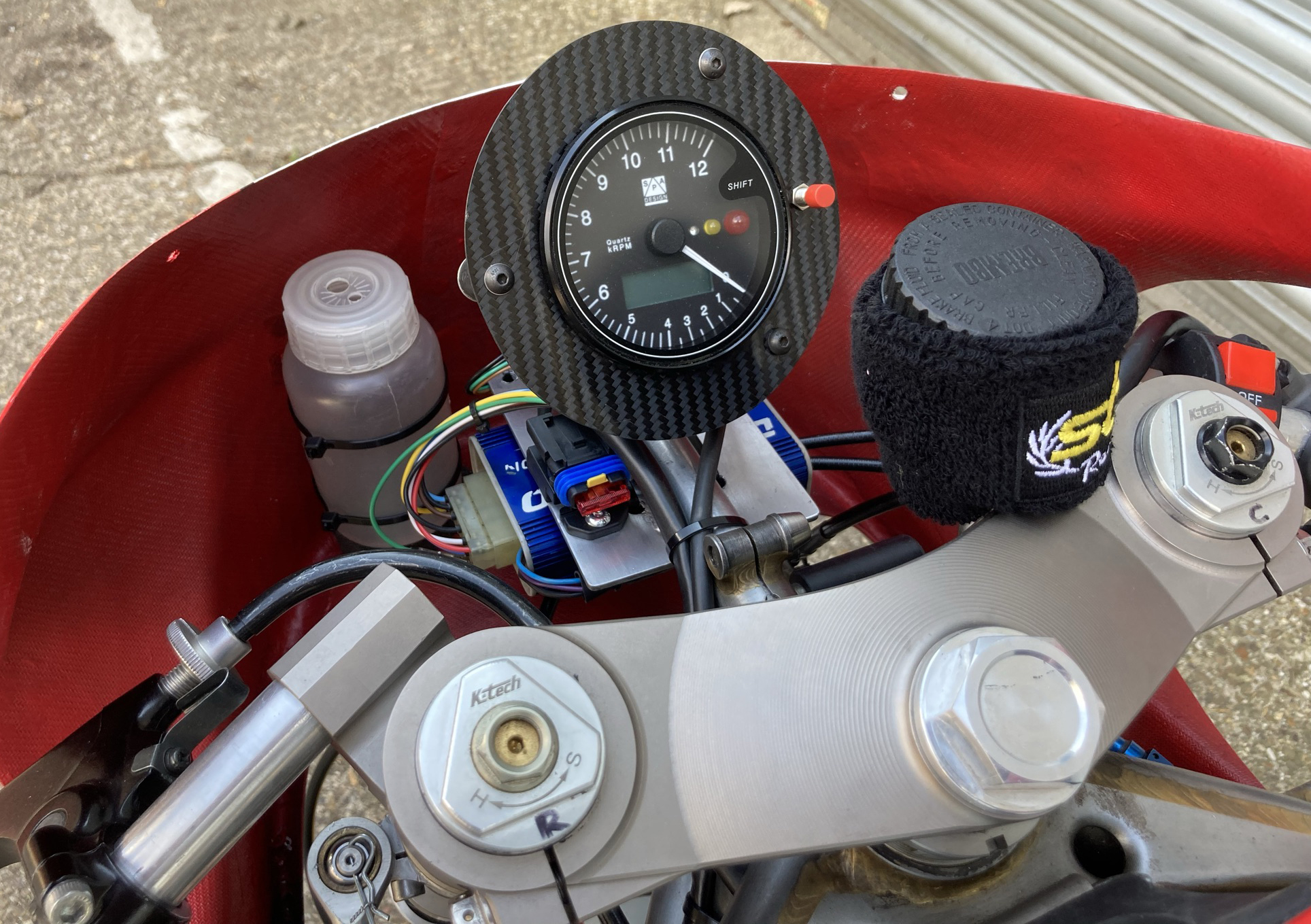 SPA tacho is endlessly programmable. System fuse sits where it can be easily changed. Green wire to ignition box is the rpm signal, to be fitted in one of two possible positions 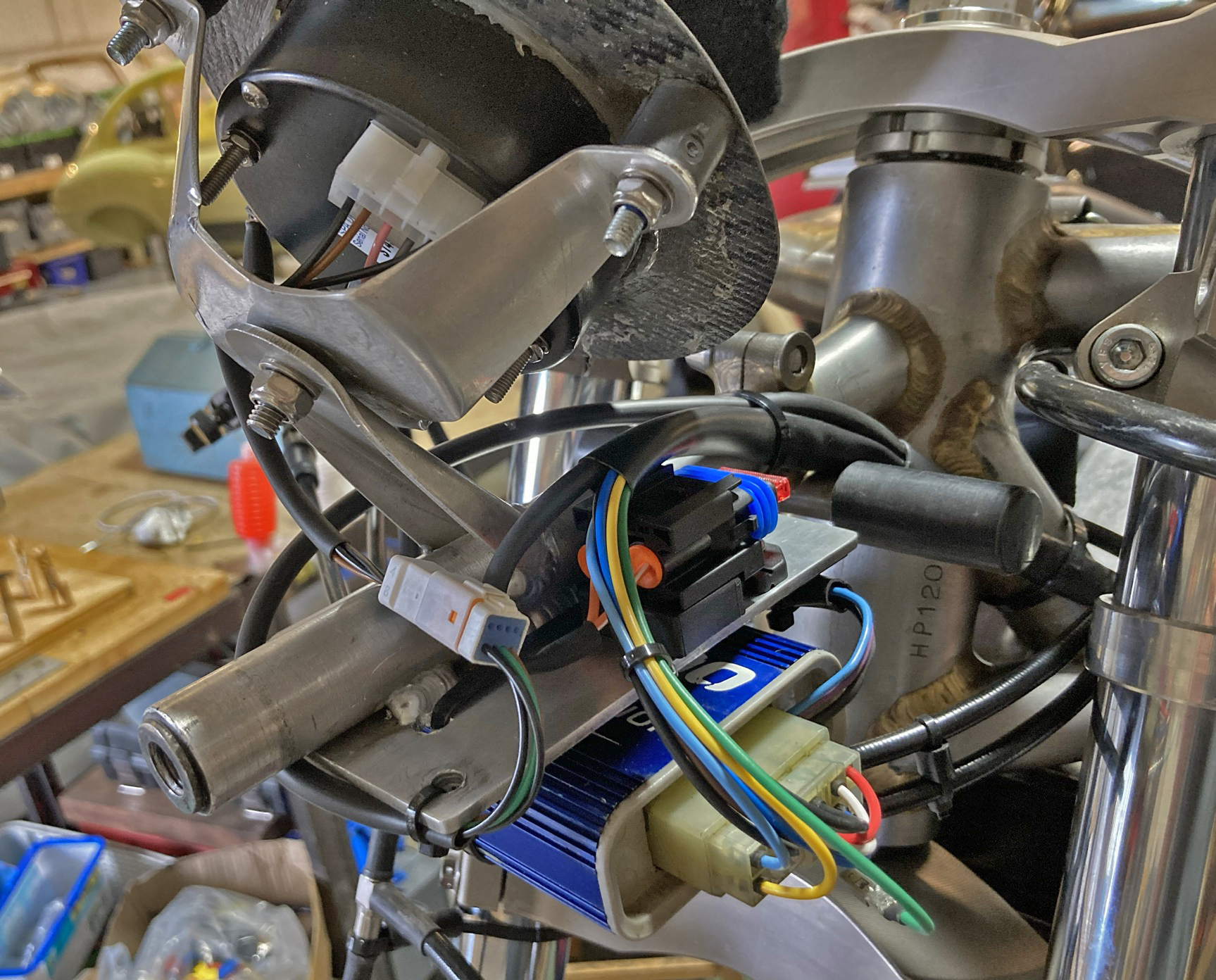 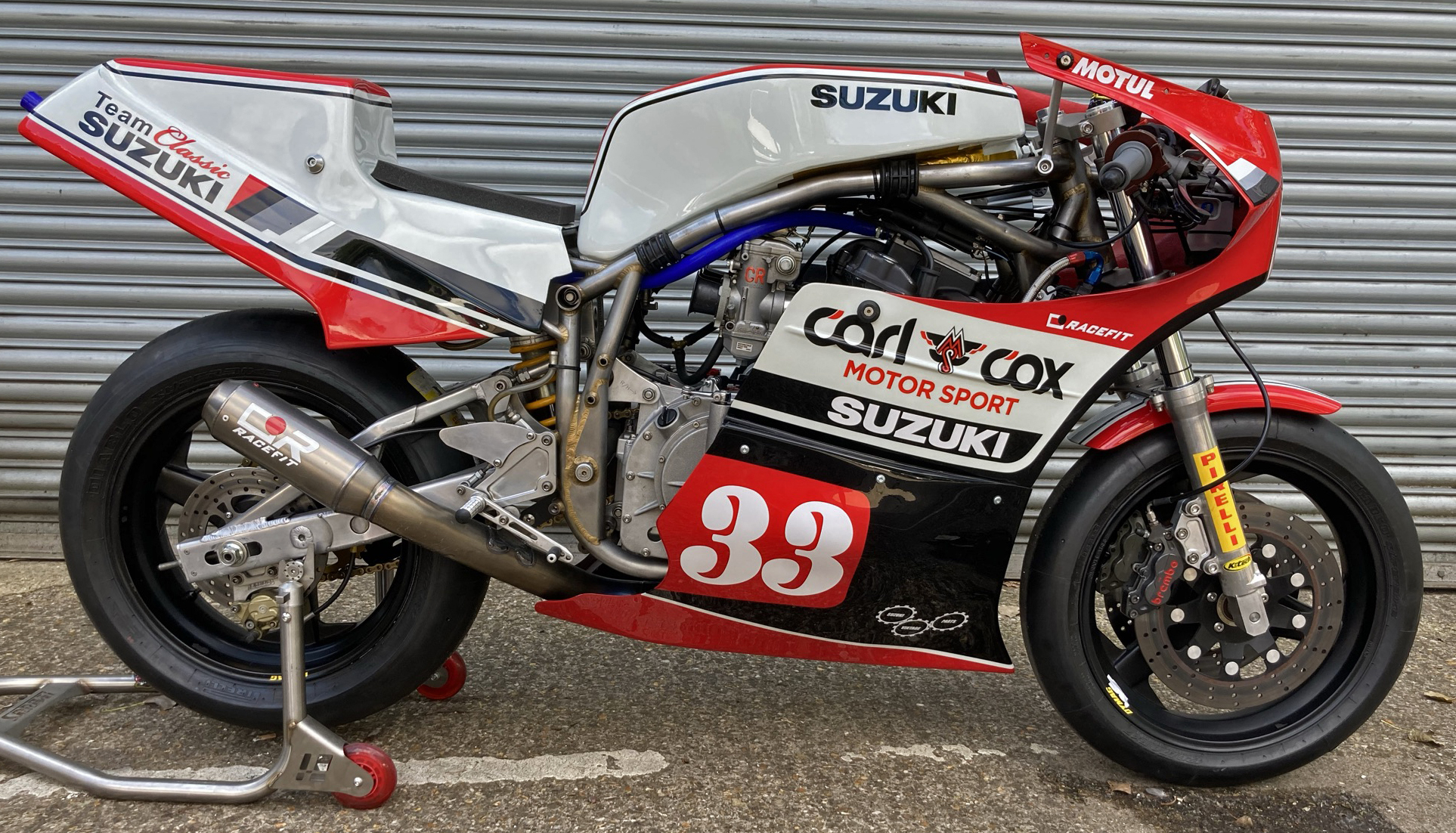 Keihin CR carbs are awkward starters, but insisted on by Aussie scrutineers