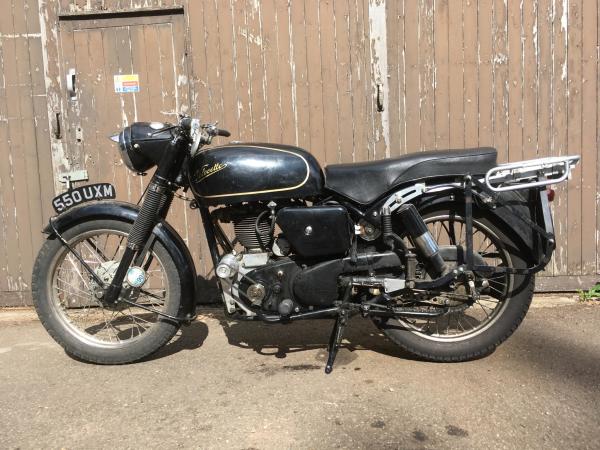 Just back from Albania, the 500 has the big fuel tank 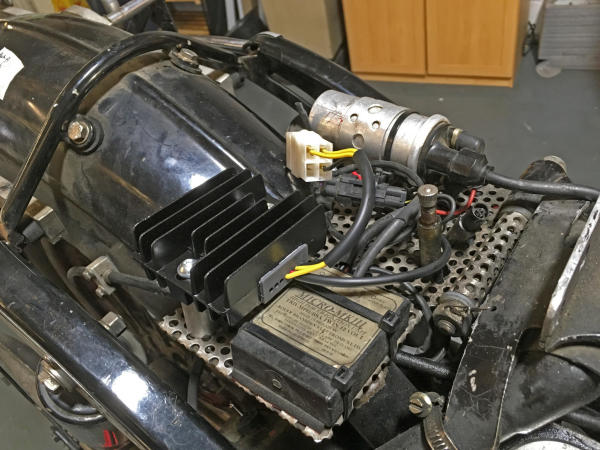 Most of this was already there. I added the regulator rectifier with the black fins) 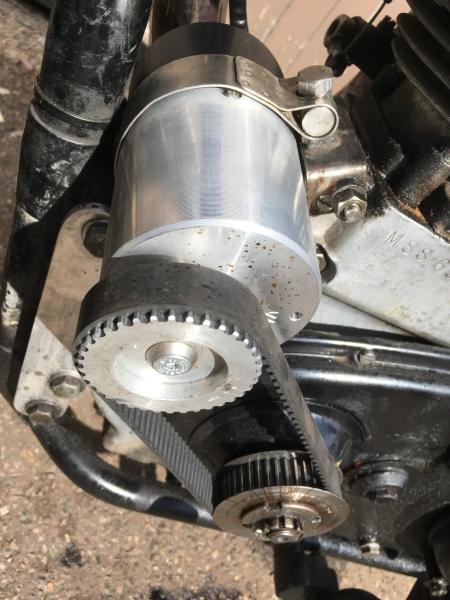 Alton’s alternator is shaped exactly like a dynamo. You can fit it in about five minutes 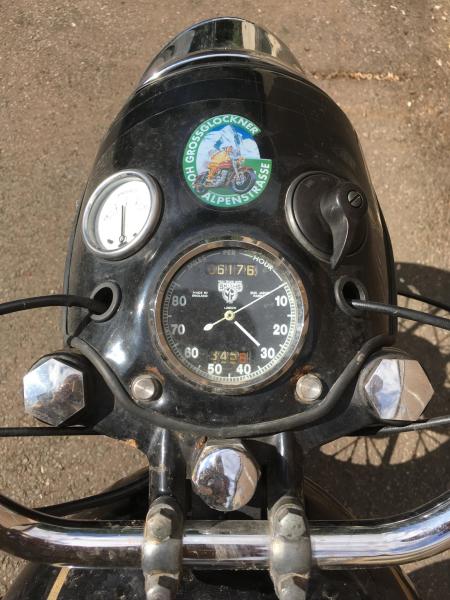 Grossglockner Pass sticker shows this bike gets about

Owning one Velocette is unusual. Owning two is positively eccentric, but Tim doesn’t care. On the left is his 500cc MSS, which he uses for European touring; on the right is his 350cc pub bike. Both have the classic ‘Map of Africa’ timing cover and a delicious laid-back beat.

The 500 had been rewired before his last tour but blew a fuse in Albania and had to limp home with a car battery on the rack. Keen to avoid a repeat, Tim wanted to fit an Alton alternator instead of the stock dynamo, and check the loom for faults that might compromise reliability.

Whoever wired the bike did a really good job. The only problem I could find was the rear brake light switch. It’s one of those that clamp to the brake rod and pull a spring. They were horrible new and they’re horrible now. On Tim’s bike, the live terminals run very close the the swing arm. Maybe a big bump and a bit of chassis flex had shorted the switch. I rebuilt it and re-insulated the terminals, but suggested changing to a modern Gilera Runner 125 switch. They’re a good upgrade on any British bike but need a bracket fabricating and welding on.

The alternator conversion could not have been easier. Mount the regulator rectifier where the old regulator was, and the alternator where the dynamo used to be. Then hook up the connections and voila. Alton stuff is expensive but very high quality, with good instructions.

The 350 had had a pattern loom fitted. It just needed tidying up, converting to 12 volts, and making the lights work. Unless the owner is crazy about originality I always switch to Japanese standard connectors and plugs. They are so much easier than Lucas ones.

12V conversions are easy on a dynamo bike. Just stick a 12V regulator on, and change the battery and bulbs. Job done. 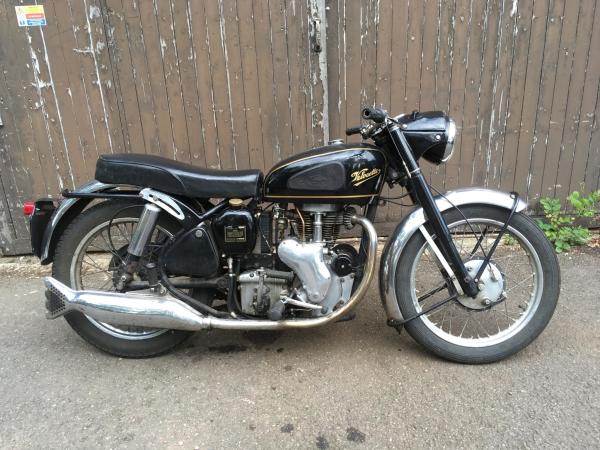 The 350 was my favourite: sweeter and lighter than the 500 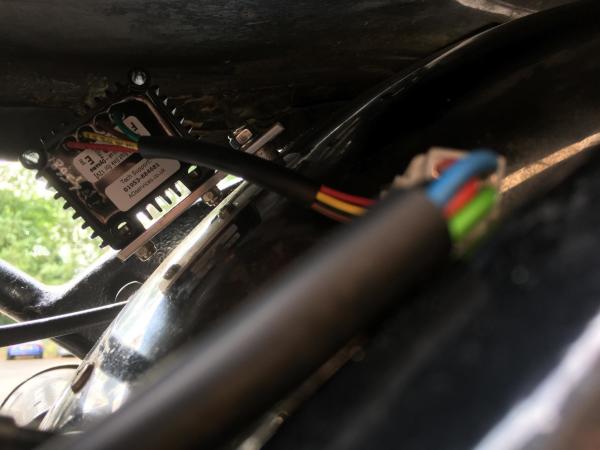 The AO Services regulator found a home under the seat. It can work for 6V or 12V, depending on how it’s set 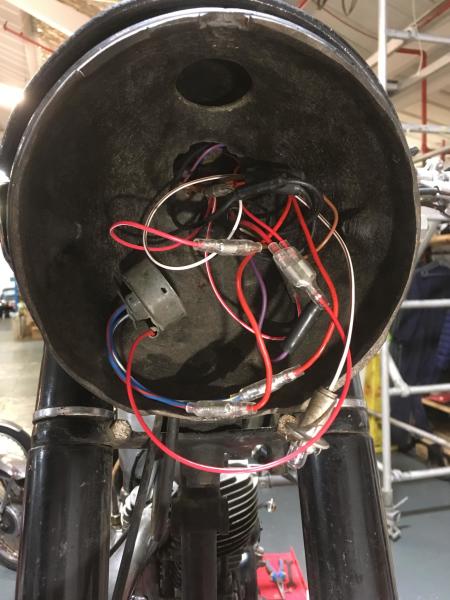 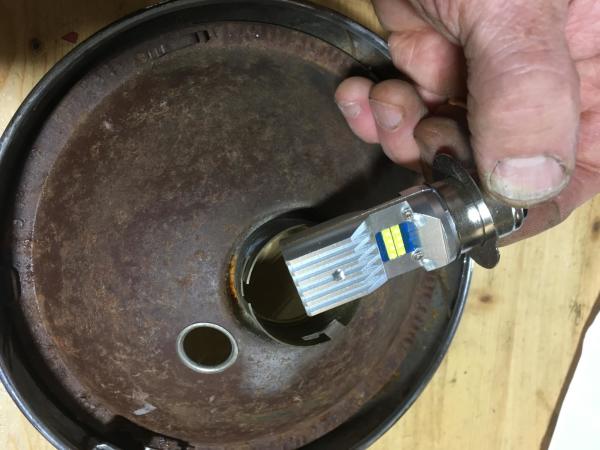 This is an LED headlight bulb. Unfortunately it’s for negative earth and the bike is positive earth, so I still don’t know how good these new gizmos are