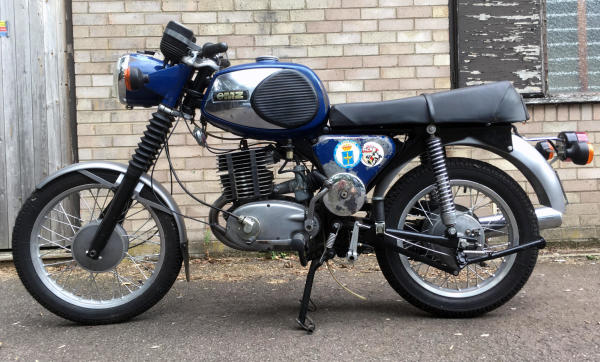 Years ago an MZ TS250 was regarded as a poor relation. Now it’s super cool 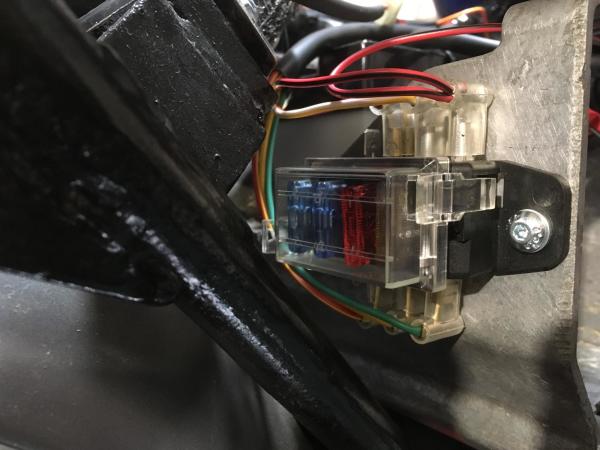 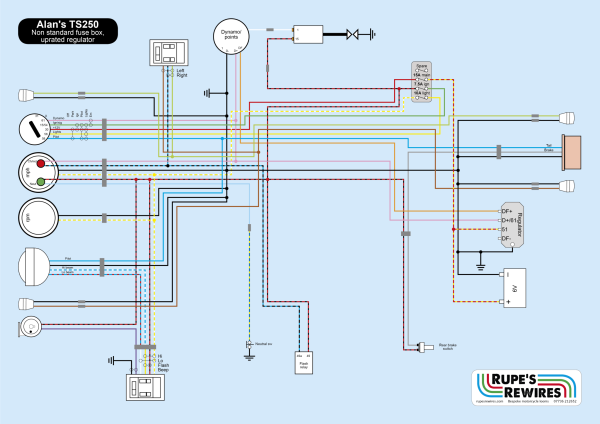 Alan’s owned this bike for donkey’s years, and ridden it to the Sahara (pic below) and the Arctic Circle, among many other exotic destinations. Now he’s restoring it without damaging the patina it picked up along the way.

If you were riding in the 1980s you may remember the derision reserved for MZ riders. But that was decades ago. Today we can appreciate that the TS250 is a very solid, well thought-out and wildly unconventional motorcycle. It would be the ideal post-apocalyptic steed.

Electrically the TS250 is mostly robust, with chunky switches and dozens of spade connectors. But a new loom is a chance to make it much slimmer and simpler. It’s also a chance to forget about the ultra-scary stock wiring diagram and do a nice, easy, colour one instead.

Alan wasn’t keen on the unusual rear brake switch which earths to the rear hub. Instead he brought along a Brit-type inline switch that works off the brake rod. I tried fitting it without much success, so took the time to make a bracket for a Gilera Runner 125 brake switch instead. It lives inboard of the left footrest.

We also treated the bike to a new blade fuse box and German-made solid state regulator, and took care with various details – for example optimising the rather awkward indicator connectors and fitting the battery really neatly. Once everything was built the dynamo charged at 7.3 volts (it’s a 6 volt system, remember).

Nice bike, and highly likely to last another 35 years, or at least until you can’t buy petrol any more. 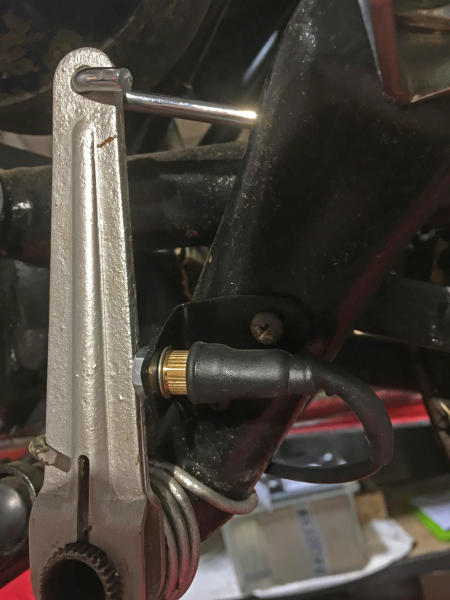 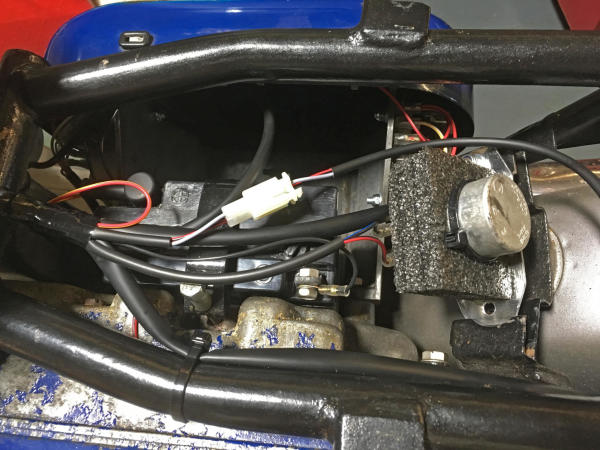 Original flasher unit (right) still works. It was rattling around in the headlamp shell so I mounted it in foam, which seemed to suit the utilitarian vibe 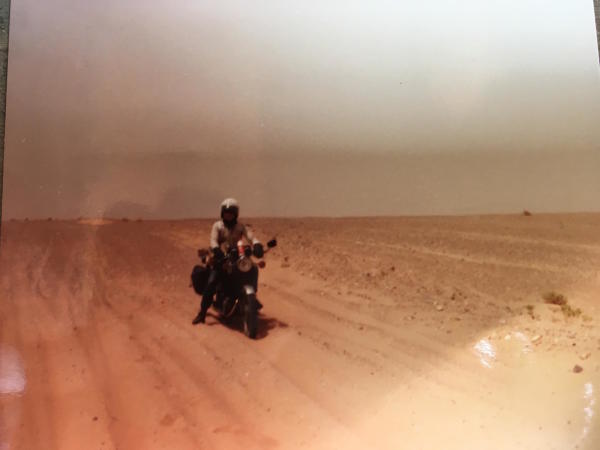