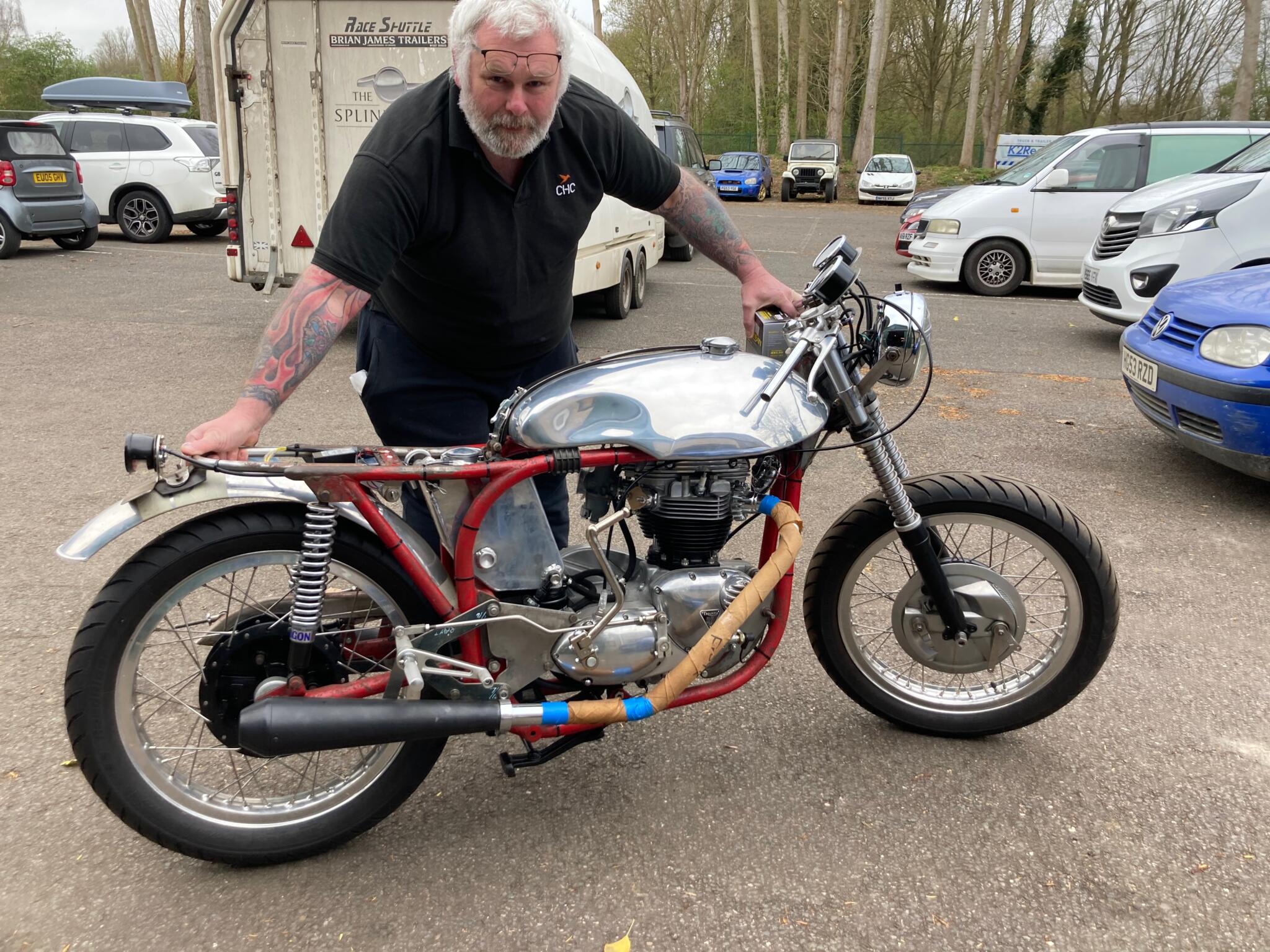 Murray’s other bike is a Honda CBX1000 Turbo 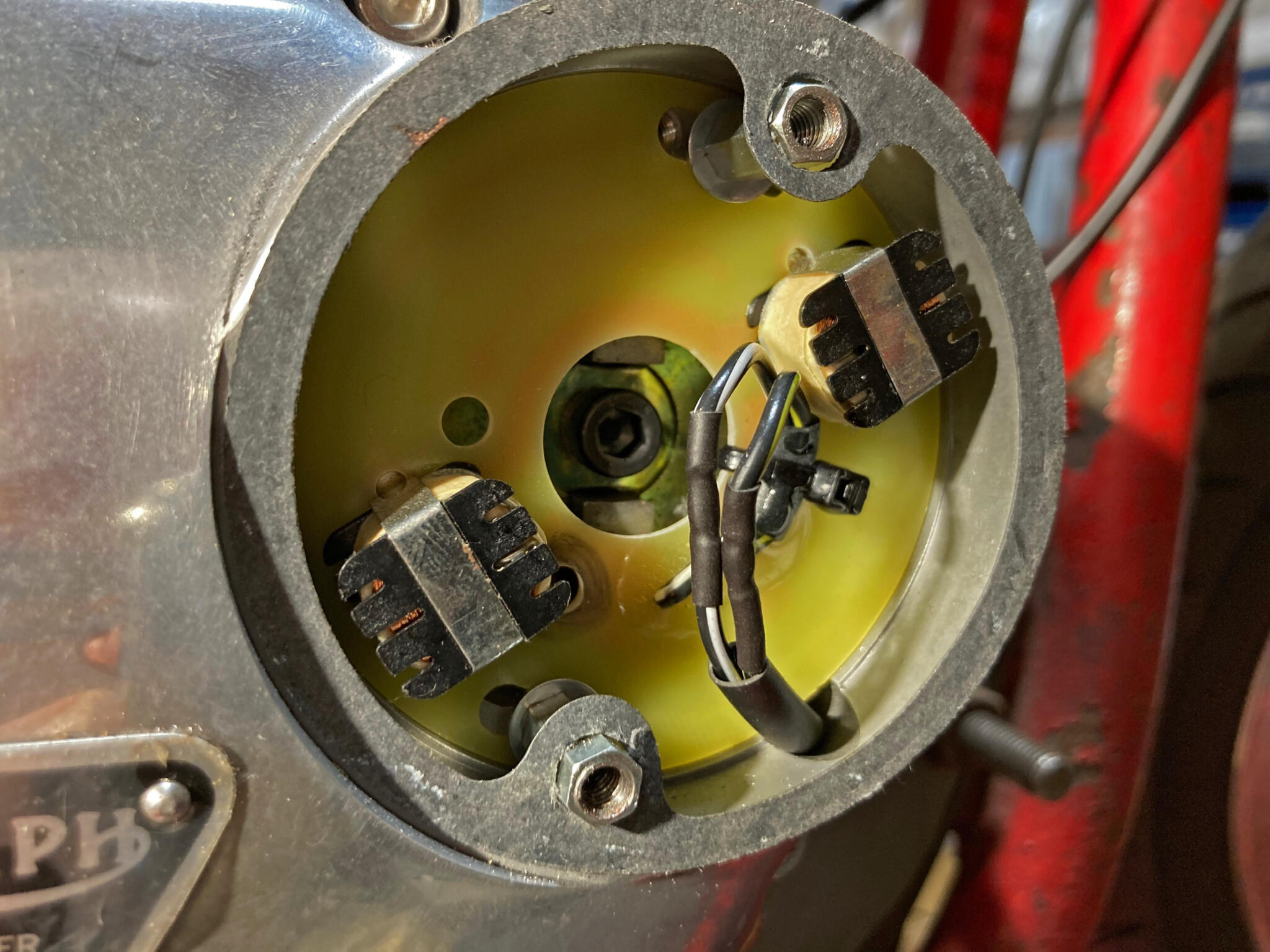 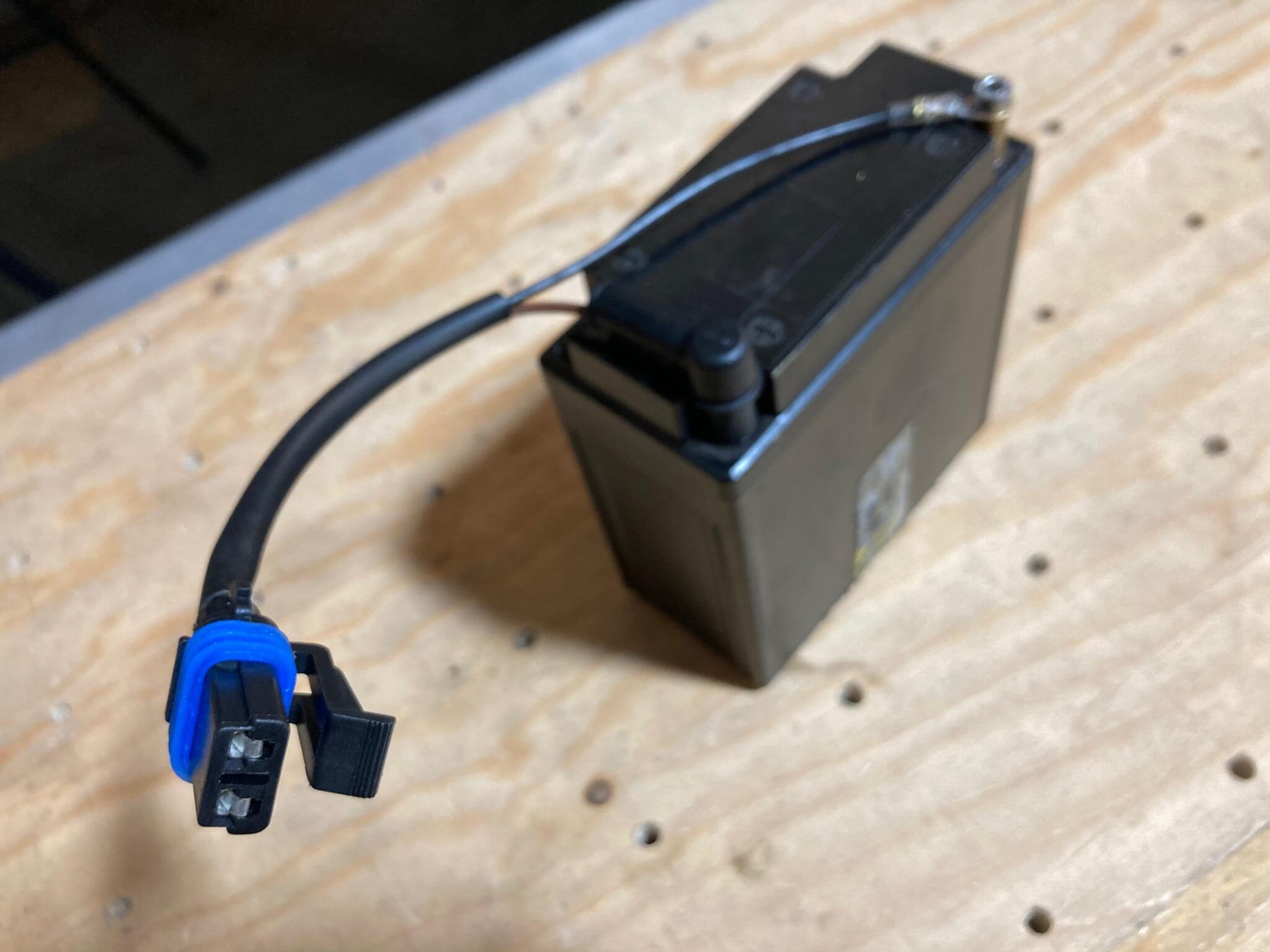 The best place for a battery on a Featherbed frame is behind the gearbox but it’s mighty inaccessible. A big plug makes connection and disconnection easier 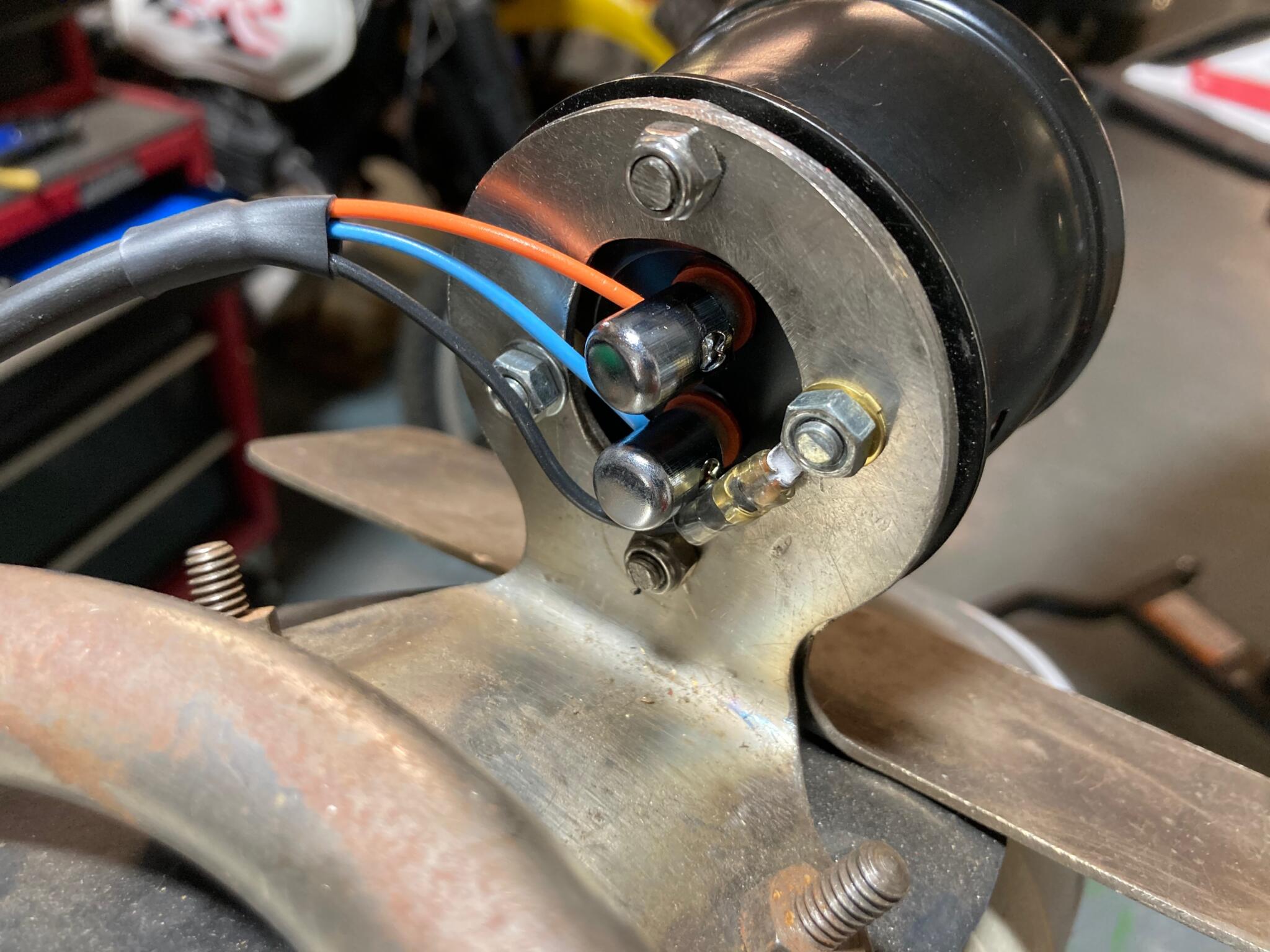 Vincent-style tail light. Crimps protect the copper strands from the contact spring pressure on the orange and blue wires

Murray brought his CBX turbo along a few years ago, but he’s always had a yearning for a traditional Brit cafe racer.

So here it is, mid-build. It’s got the usual ingredients: Boyer ignition, biscuit tin handlebar switch, headlamp with warning lights, ammeter. But where these parts are mounted makes a huge difference to the loom build. The Featherbed frame with its central oil tank makes it hard to hide cables coming from the back. On the other hand if you stick all the hardware at the front there’s nowhere to run all the connectors. Ho hum.

The main job with old Brits is making sure the electricals actually work. Lucas stuff is fragile at the best of times, let alone when it’s decades old. Often a light won’t work because vibration has fretted the bulb contacts away. It’s also a good idea to keep the stuff projecting into the headlamp shell well away from the reflector. On this shallow headlamp design that is even more vital.

Murray’s next job is to finish a few details, then strip it all down and build it with the cosmetics sorted. 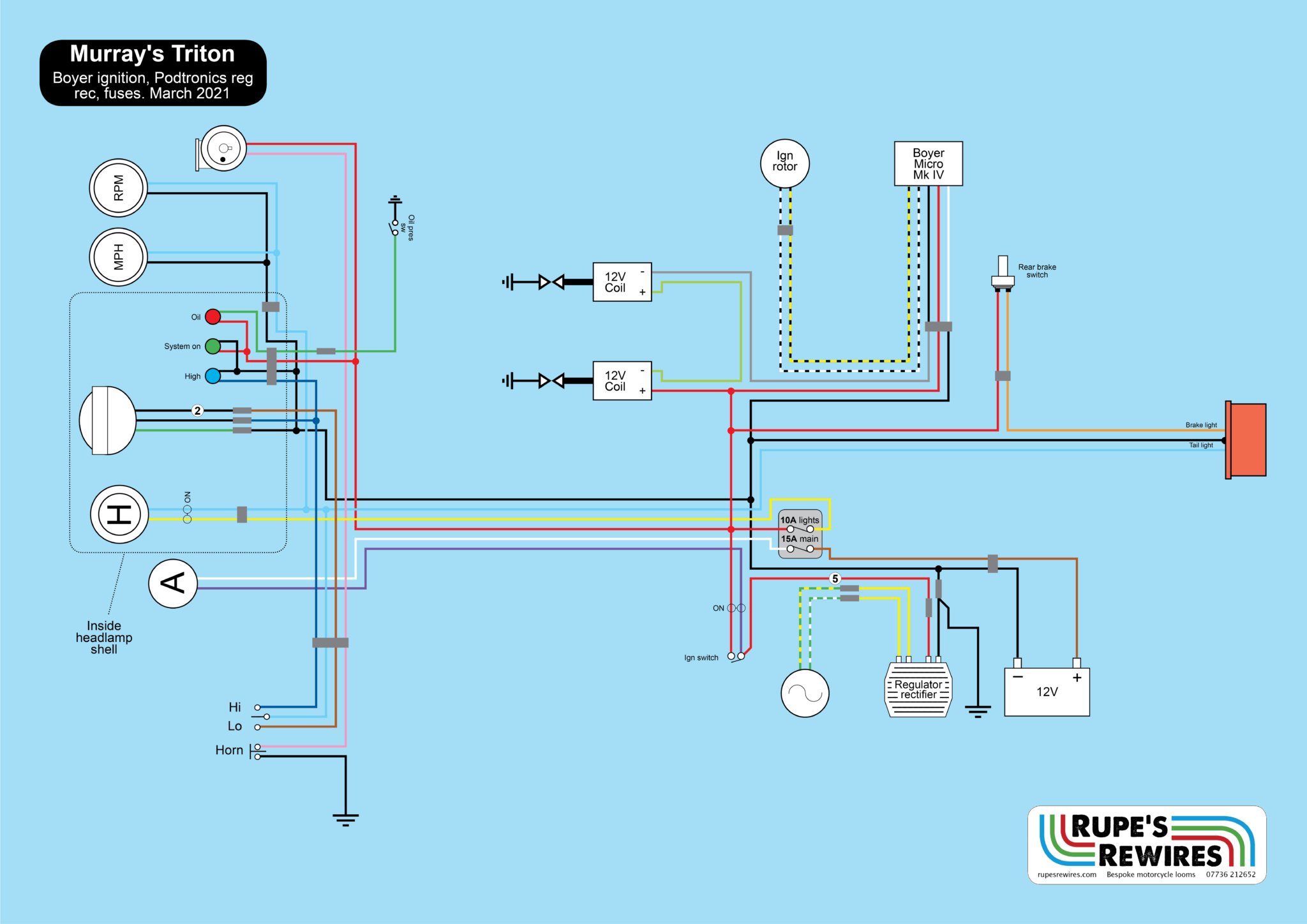 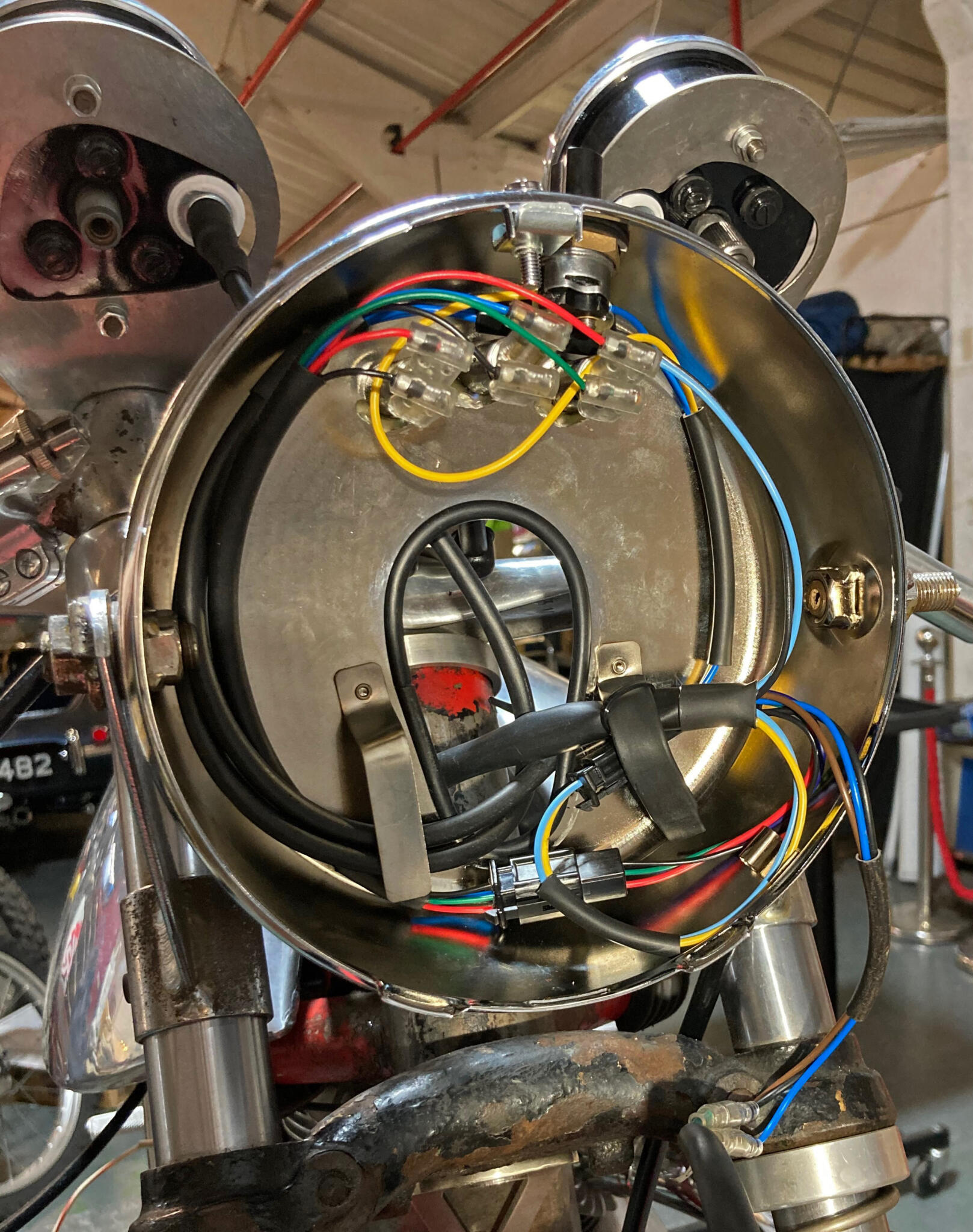 The headlight innards need keeping away from the reflector 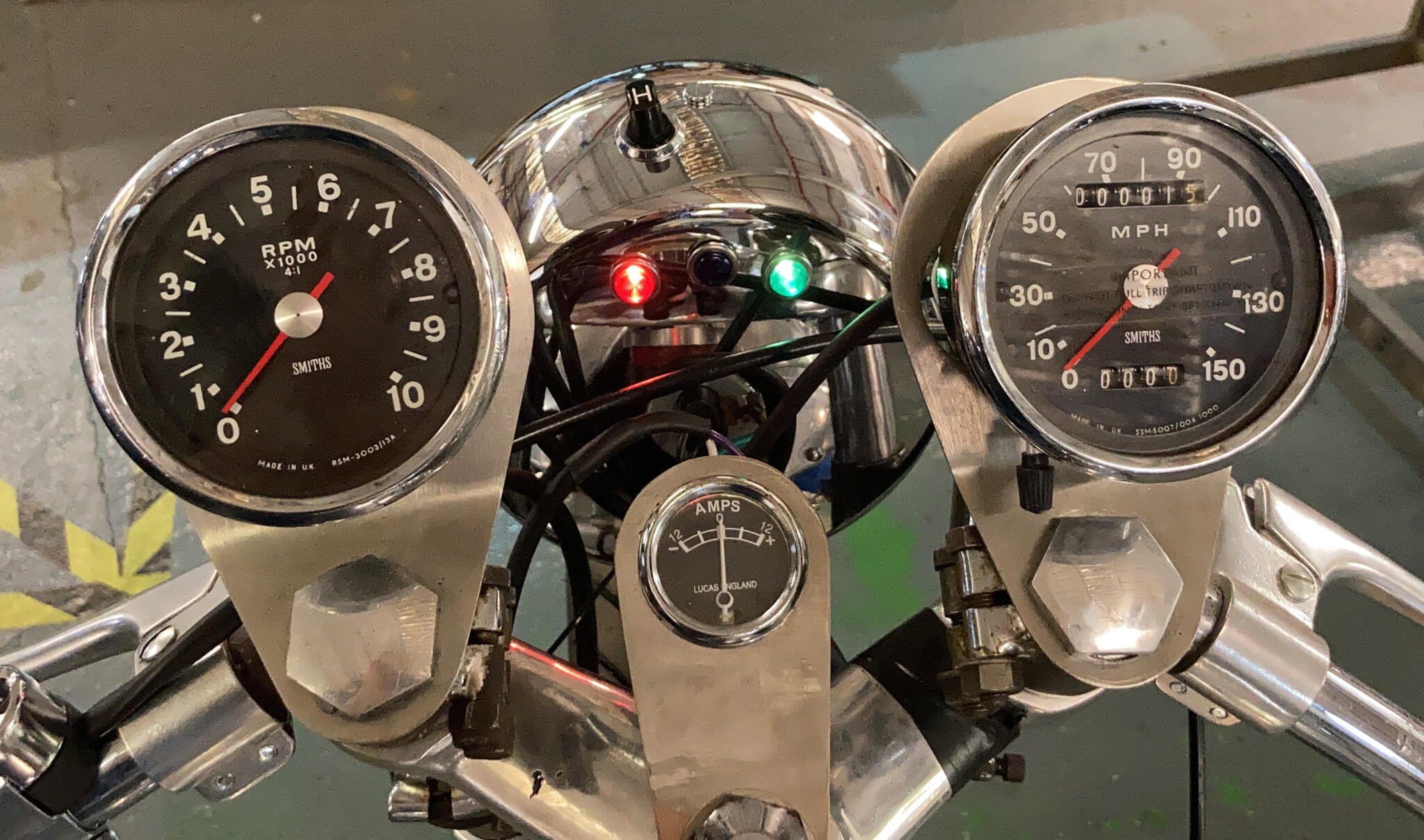 Here’s the result. Oil pressure on the left, high beam in the middle, ‘system on’ light on the right