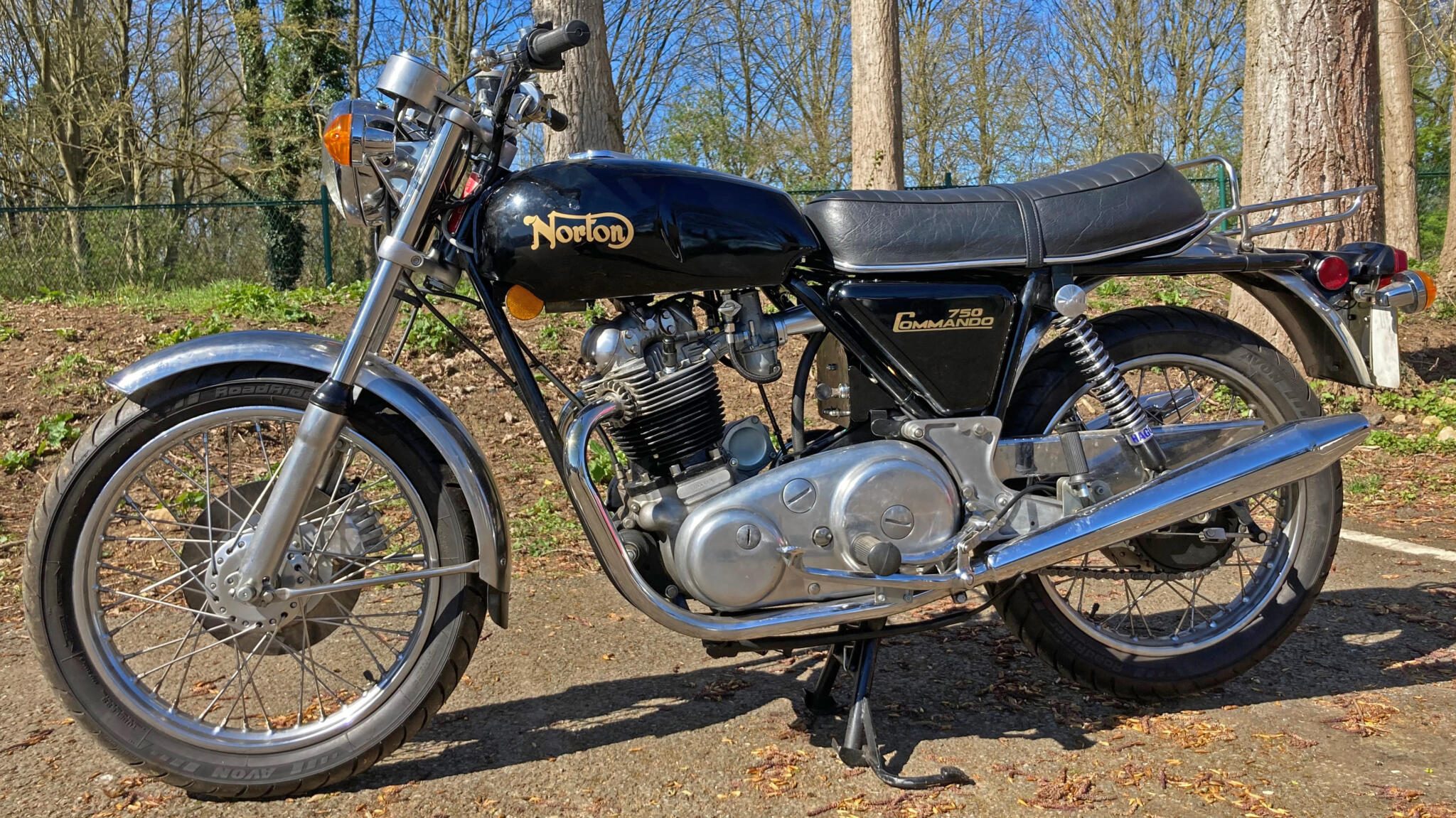 A newly rebuilt version of a handsome bike. But all is not as it seems 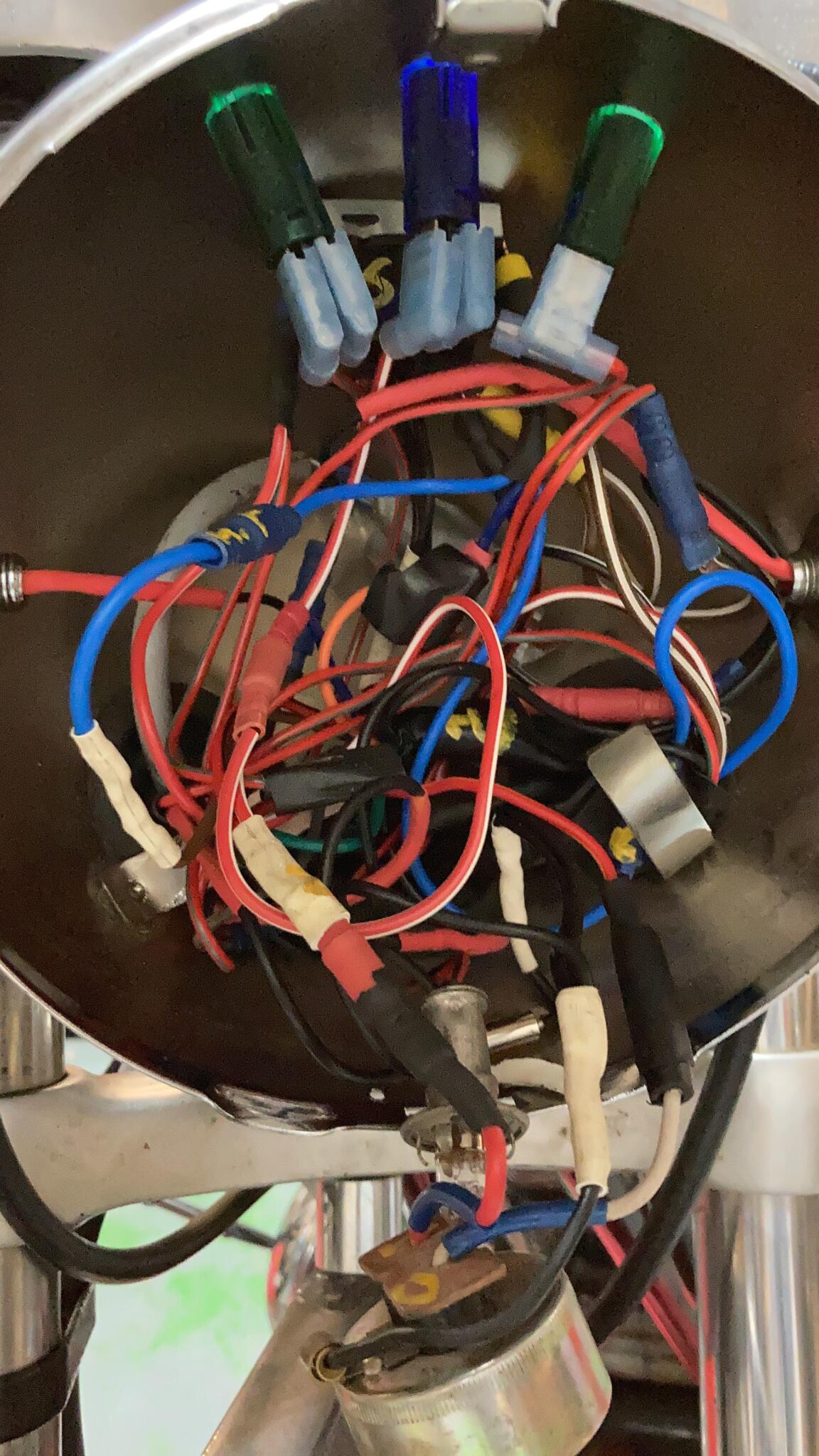 The headlight innards as the bike arrived. There’s no colour system and some of the wires are showing copper strands – as often happens with Halfords connectors 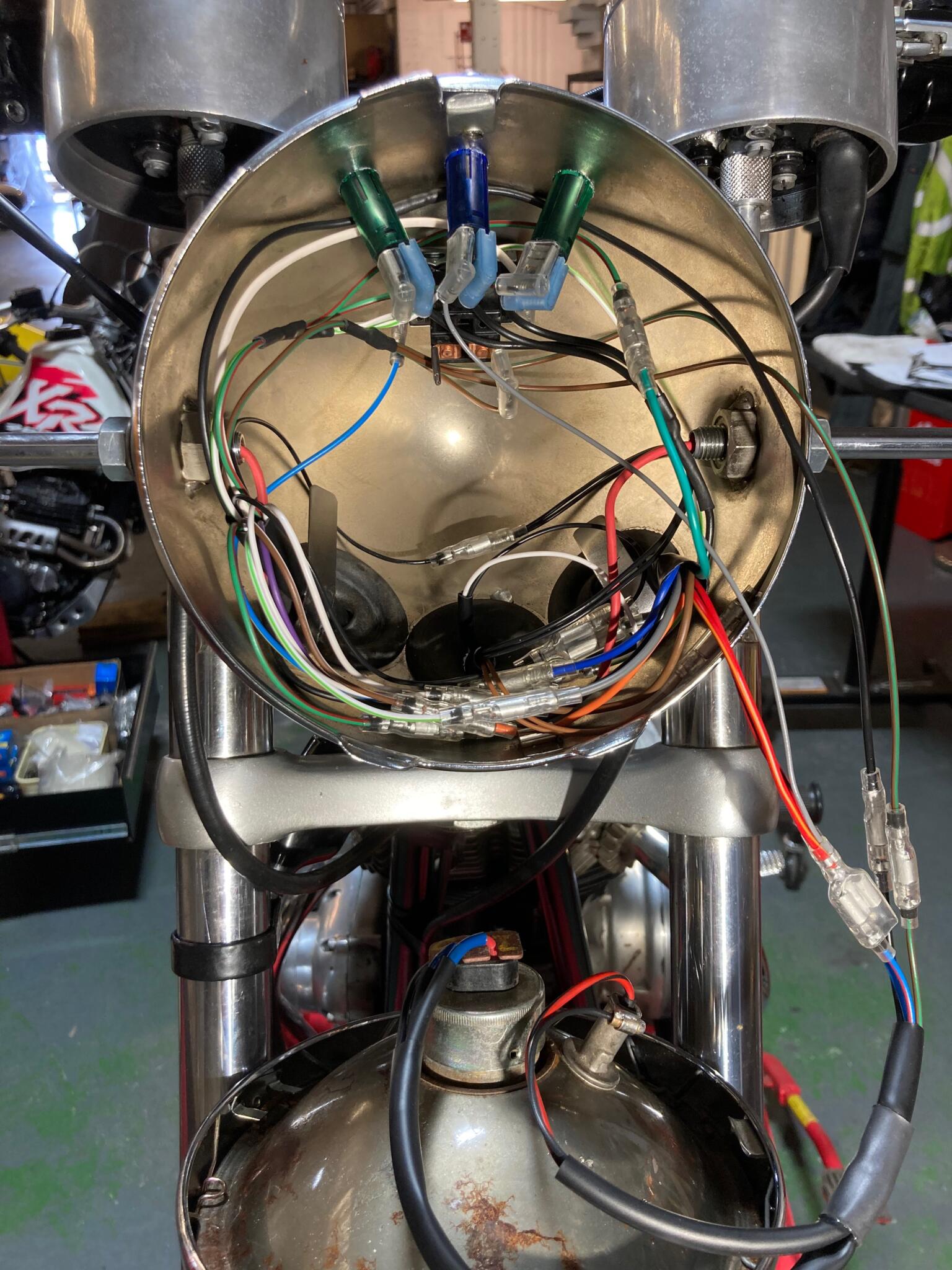 And as it left. The cables look thinner because they are. Modern thinwall cable can carry higher loads than traditional fat cable

John bought the bike as a new rebuild, which included the wiring. Unfortunately the engine started popping and banging after three miles.

It soon became obvious that the rebuilt loom had exposed cables and multiple stress points. Once I’d trimmed all that away, only the tail light sub loom and warning light earths were left.

The trick with old British bikes is to exceed, if you can, the performance of the original equipment. So use high quality connectors that won’t vibrate off, alongside blade fuses, electronic ignition and lots of insulators – especially inside the headlight shell where contacts for ammeters and light switches can so easily cause a short.

You can also improve the earths. I like to use an earth loom (the black lines on the diagram) rather than have the lights and indicators earth through the chassis. Sooner or later through-the-chassis earths get affected by corrosion.

Once the loom was done, time for a test ride. It still popped and banged, and it was a pig to start. After much head-scratching and discussion with Brit expert Jim Hodges I changed the battery and plugs. The bike was a lot better, but still tended to kick back violently if it didn’t catch. I experimented with different full advance settings and discovered that backing off the timing a little from the recommended 32 deg BTDC made starting and running a lot better.

I suggested John take the bike to Jim, who discovered that the rotor was not off the bike and the stator had been fitted back to front. As a result the chain was on its way to cutting through the stator cables and the timing was actually advanced by 25 degrees. In fairness Jim had told me to find TDC from first principles but I am set up to build looms, not to dismantle engines, so I didn’t. Lesson learned. 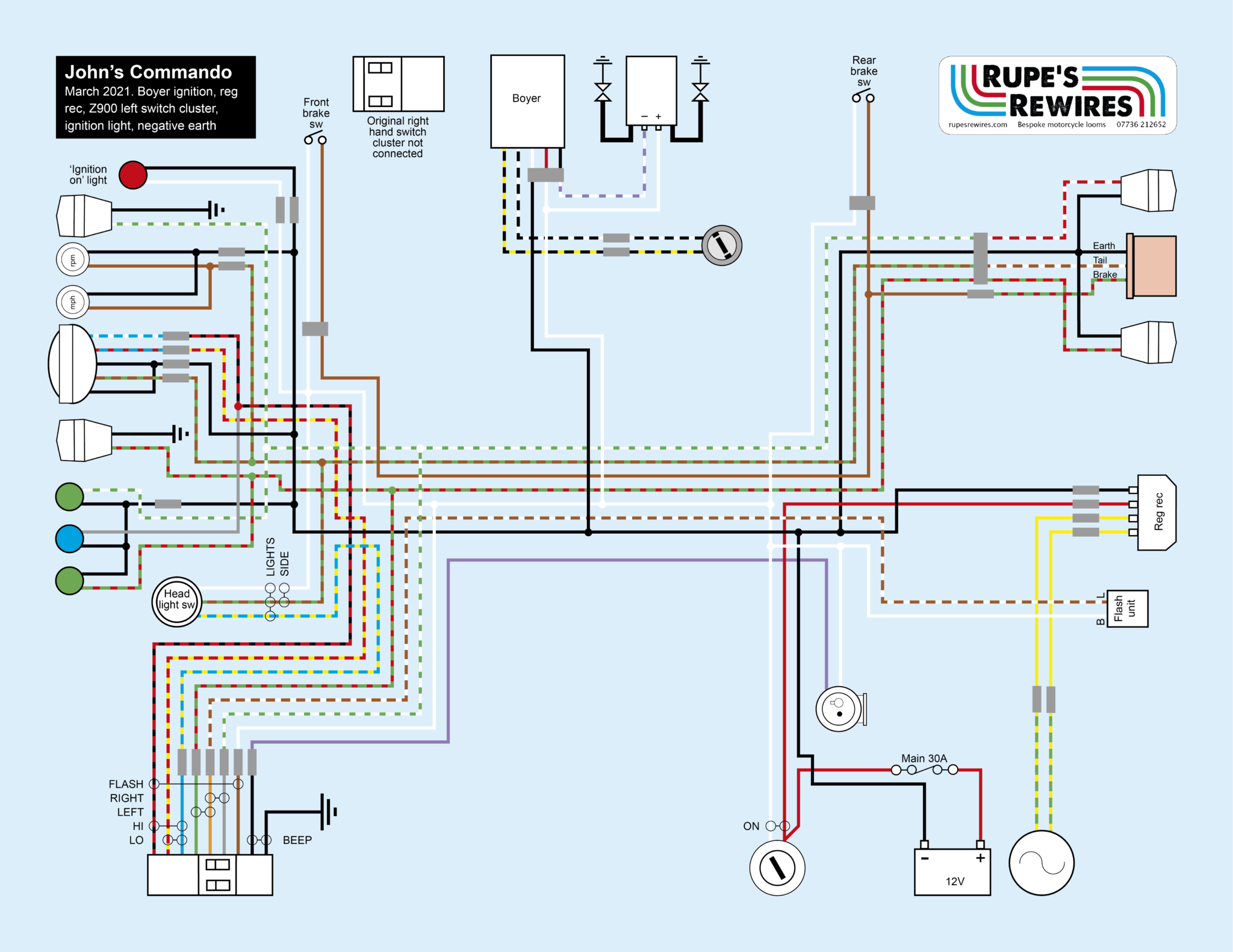 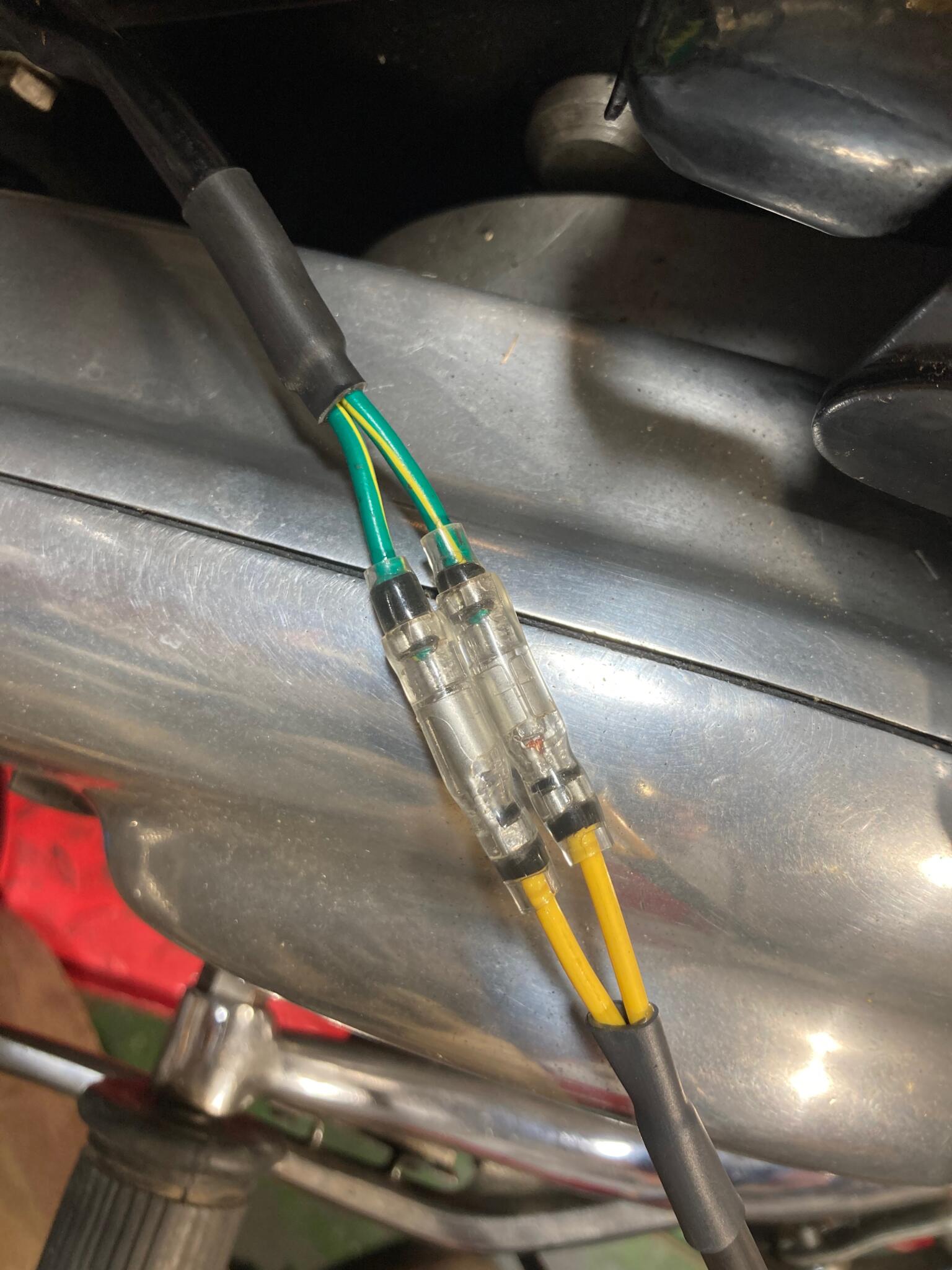 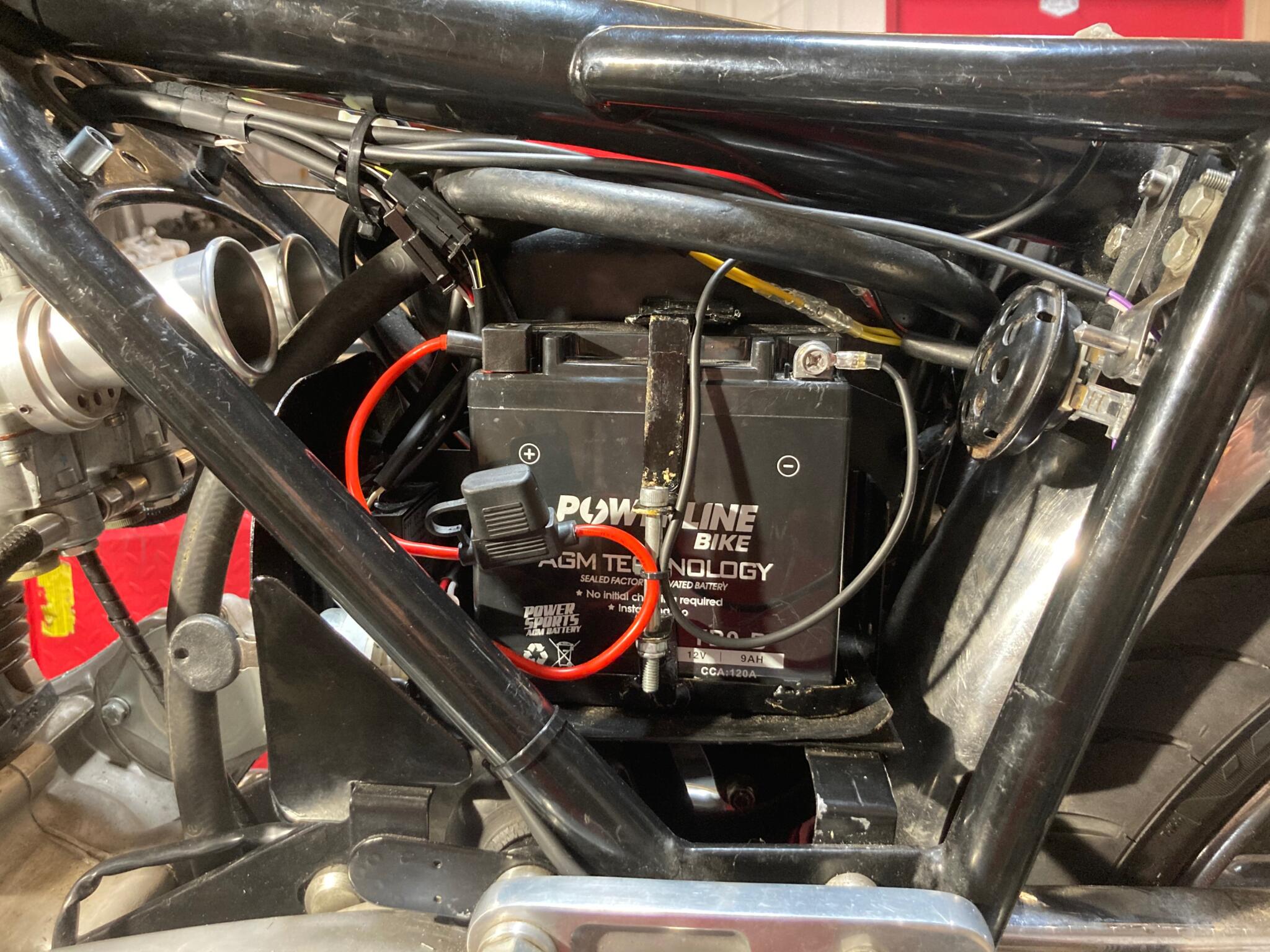 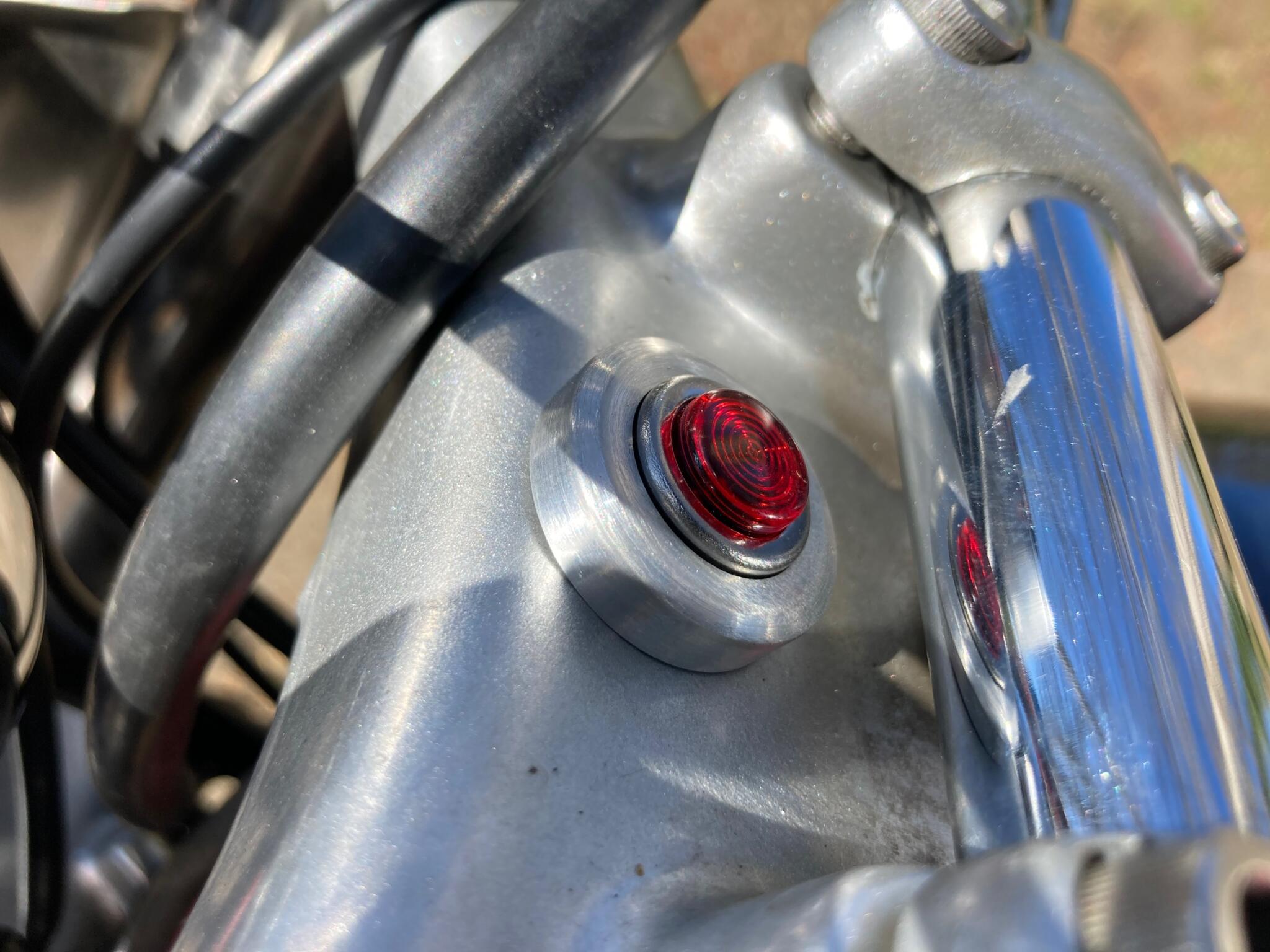 John wanted a light showing that the ignition is switched on. This modified warning light sits in a housing I machined up to fit where the steering lock used to be