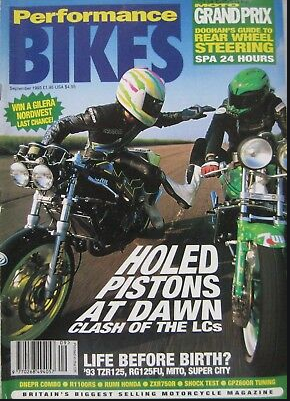 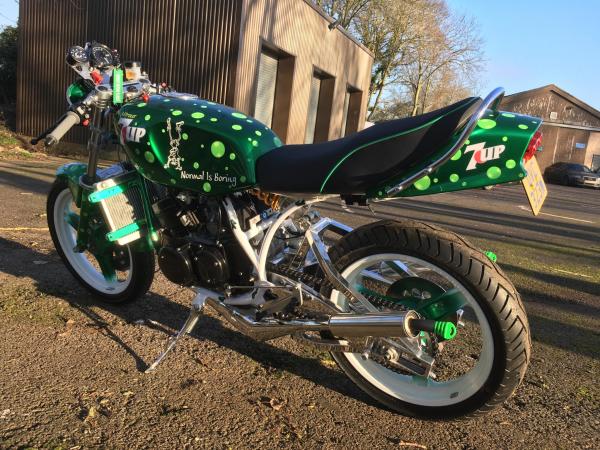 And now in 2020 the bike on the right is on its wheels again. (The one on the left is still around too, come to think of it) 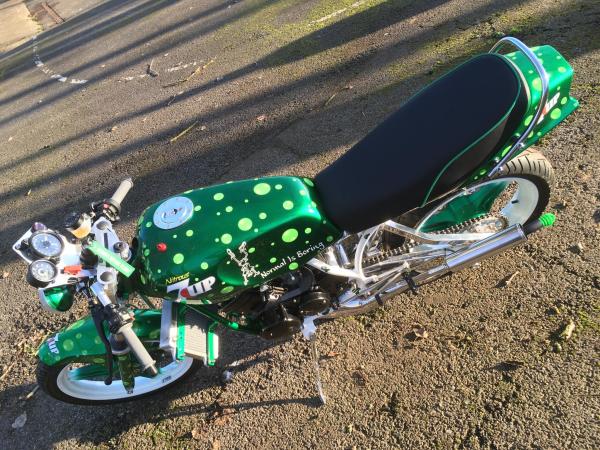 I remember riding bikes with nitrous in the 1980s and 90s. It often used to end in tears. Let’s hope this time it doesn’t 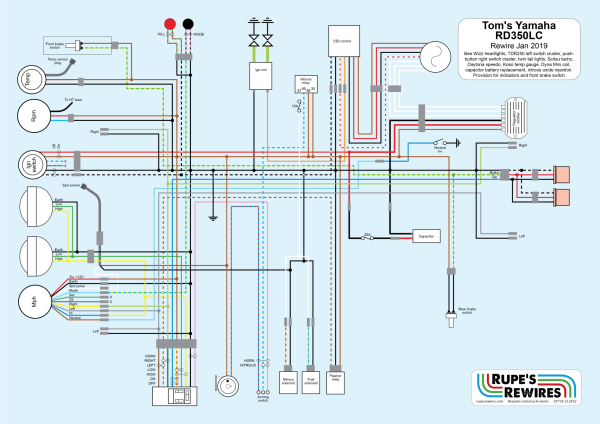 Hot on the heels of John and Louise’s amazing Ducati 860 a couple of months ago comes another fab rebuild: the 7Up Yamaha 350 LC featured on the cover of the September 1993 issue of Performance Bikes magazine.

Back then it was owned by Nick Daniels, and many people felt he had built the best LC special of the 1990s. But things move on, and Nick changed the frame, then dismantled the bike and sold some of the pieces. Enter new owner Tom, who returned the frame to standard, and somehow tracked down the wheels, yokes, forks and Spondon brake, and recreated the rest of the bike for the 21st century. You can read the full yarn in Practical Sportsbikes some time in 2020, when the bike finally runs.

I was the editor of PB in 1993, and this time round I’m the loom builder. Tom brought the bike to the workshop with a Wizards of NOS nitrous oxide injection kit, a Scitsu tacho, a Koso temperature gauge, a Daytona speedo and Bee Wizz headlights. (Not to mention a TZ dry clutch, magnesium clutch casing, aluminium swing arm, Dymag wheels, RD500 kickstart, chrome spannies and a 1980s endurance mechanical anti-dive linkage).) You’d think an LC would be a piece of cake to make a loom for. In fact it was pretty complicated, because there were so many separate pieces in the electrical system.

The engine wasn’t ready to run so I couldn’t fire it up, but we had sparks, and the full complement of electrics. Tom will spend a few winter evenings making up a mounting for the speedo sensor on the rear wheel, and calibrating the Daytona speedo. Daytonas don’t register any speed until you programme them, so it can feel like you’ve done something wrong when you haven’t.

As you can see, he’s done a superb job on this bike. I’m looking forward to reading the article in PS. If the stars align it will be written by my old mate Simon Hargreaves, who wrote the original blather in PB – 26 years ago. 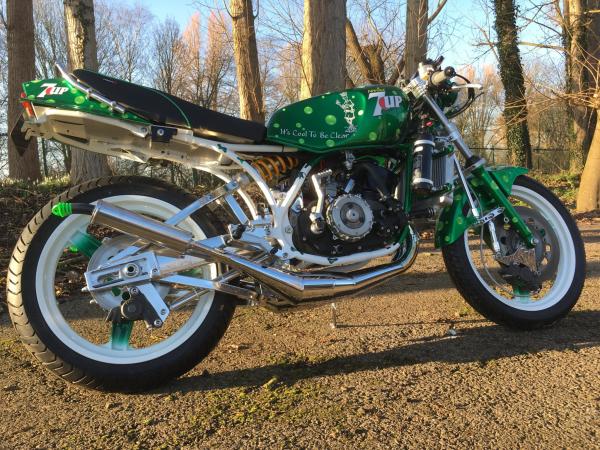 It’s impossible to look at the paintwork without smiling 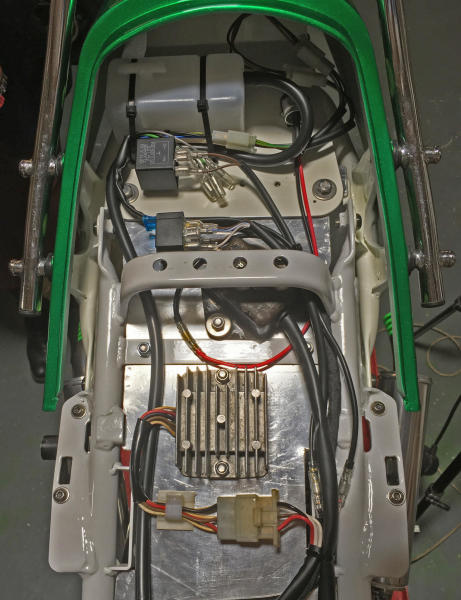 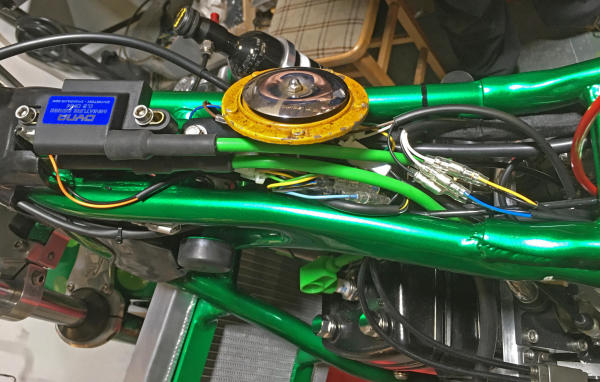 The horn will no doubt receive a cosmetic intervention. The space under it is crammed with connectors 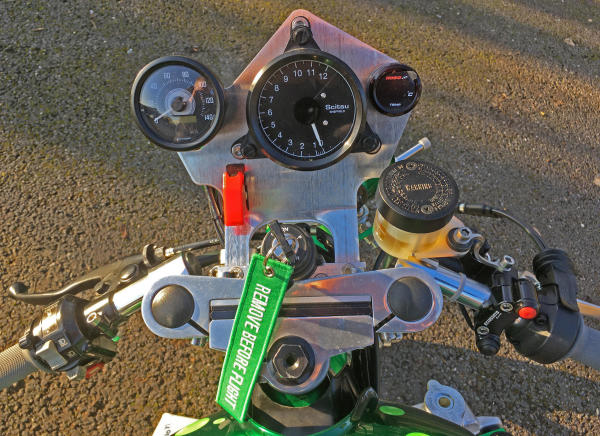