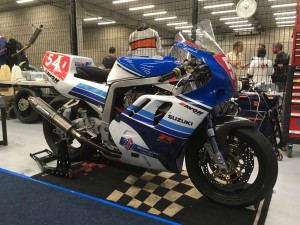 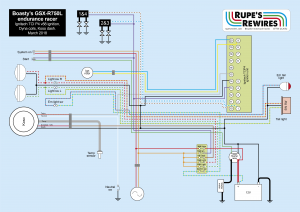 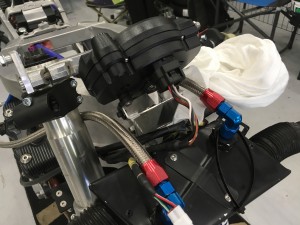 Wiring for the Koso dash

The best racing team in the world is, of course, the one that produced this bike: Team Lincs Classic Suzuki. It was conceived just after the Aragon round in November 2017, and built over the winter by engineer (and the bloke who paid for the bike) Jez Hunt. A second bike, identical in every respect, was built by Ben at B&B Motorcycles in Lincoln (B&B are the hub of the team).

At Spa in June 2018 we contested the classic endurance race using a borrowed GSX-R engine (both of our engines had hit problems when blasting grit from a frame cross-member got through the filters). Riders were Peter Boast and Guy Martin. Despite being down on power compared with most other teams we came third in class and seventh overall!

The Rupe’s Rewires contribution was to act as catering department for the team at Spa, and design the wiring diagram. The looms on both bikes were built to a superb standard by Jez. Check out the Raychem pre-formed branches – not something you’d offer on a roadbike unless the customer is very keen on expensive goodies…

We are hoping to race again next year at Donington. 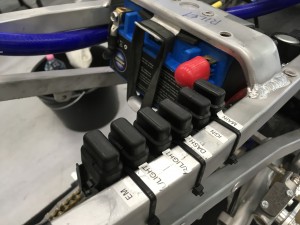 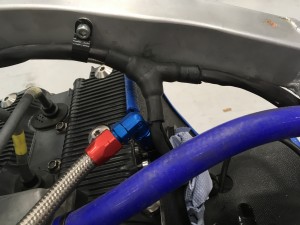 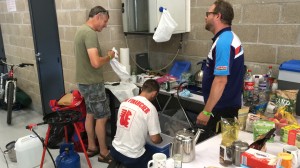 Peter Boast (left) and Guy Martin doing the washing up at the back of the pit garage. Jez (right) is telling them to get a move on 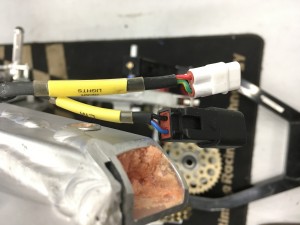 White connector is a Sumitomo MT series. Black one is a Deutsch. Foam is an anti-blasting grit measure