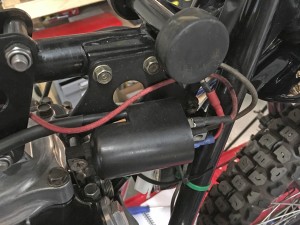 How the wiring was when the bike arrived. The ignition coil isn’t held on by much! 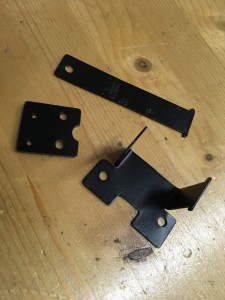 Brackets made to mount the solenoid, flasher unit and horn 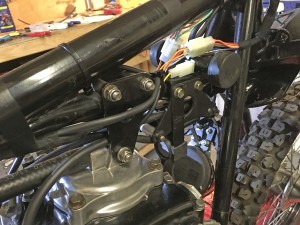 The new loom, and relocating the coil, made things a bit neater

Adam loved the look of this brat-style 400. He bought it with most of the mods already made. But it still needed the electrics finishing off. There was no battery, the solenoid was dangling on a cable tie, and so on.

Adam wanted the area under the seat clean, but after looking at the various solutions we decided the battery was impossible to hide without spending a lot of money. We settled on fitting it under the seat and painting it satin black. So stage one involved sending the bike next door to Scott, who made a battery box up, and tidied up the mudguards and a few other pieces. It’s very handy having a bike-loving fabricator on site. I made the smaller brackets.

The bike had unbranded aftermarket switchgear. The cables looked small, so I measured and the copper strands, and discovered they can only safely carry about nine amps rather than the more usual 16. This made a 60/55W headlight bulb a bit marginal, so we used a 35/35W one. There’s a lot of aftermarket stuff on the internet but some of it isn’t built to the standards you might expect!

The loom build went nicely and the bike started first prod. It still needed a few details sorting out before it was ready for an MOT, so it went to local engineers QPrep for finishing off. It should be a fun pub bike for the summer. 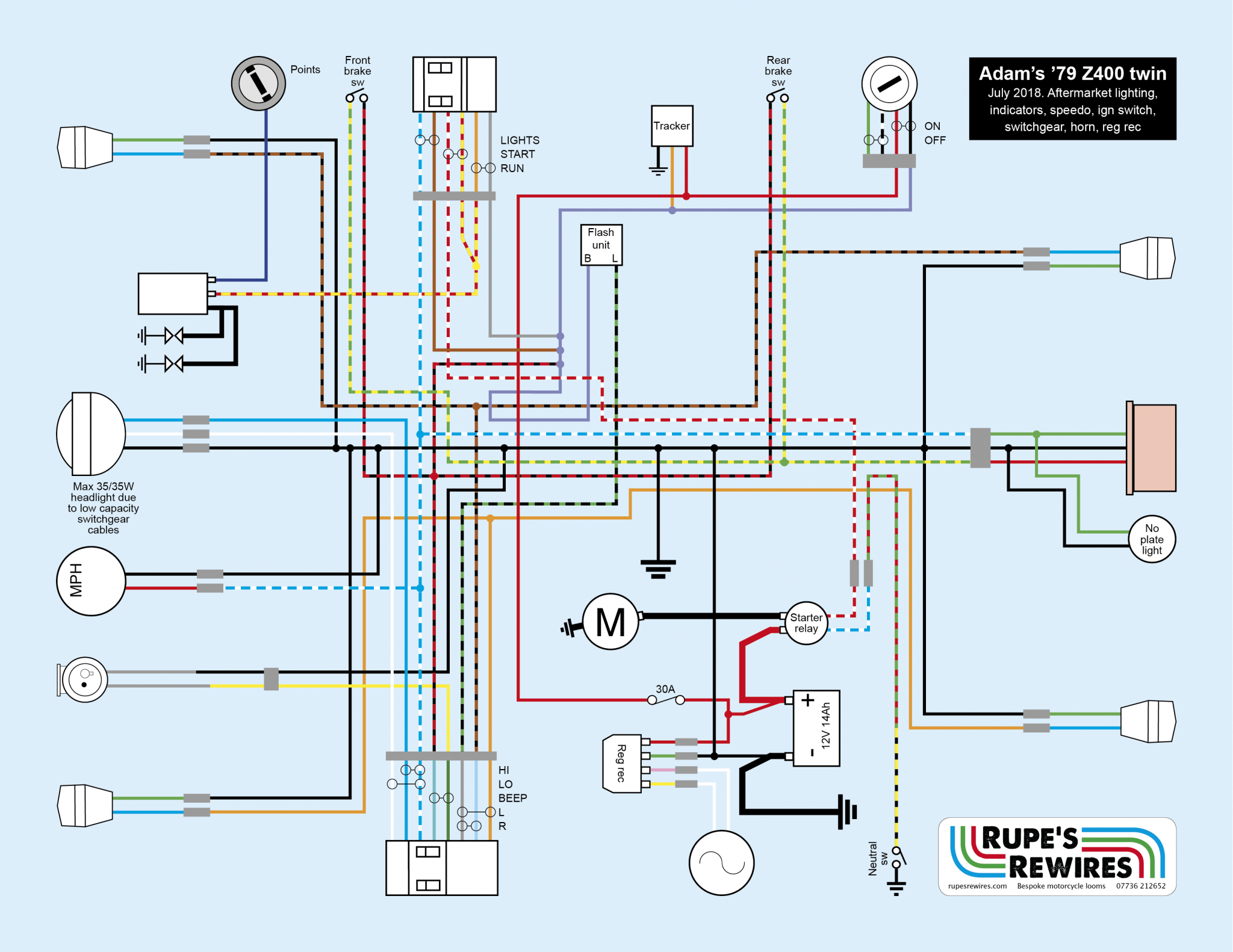 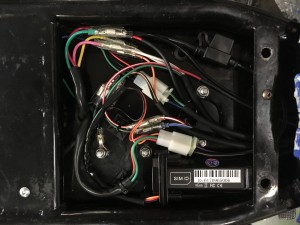 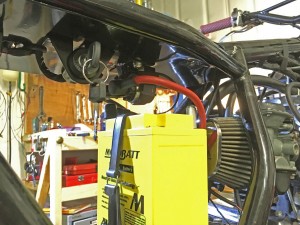 Battery box and ignition barrel mount by Scott the fabricator 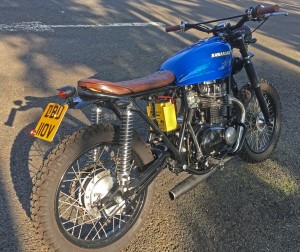 The bike’s best angle. Battery to be painted black