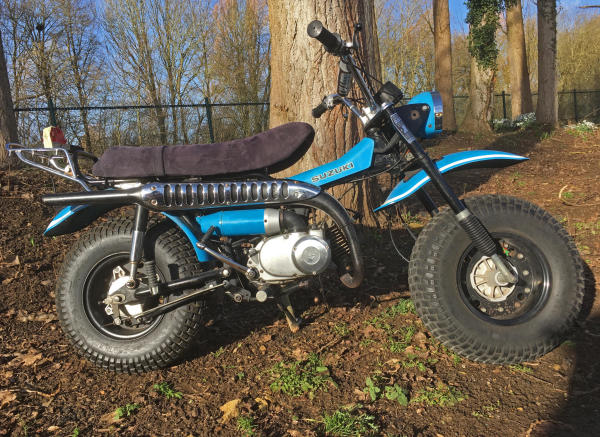 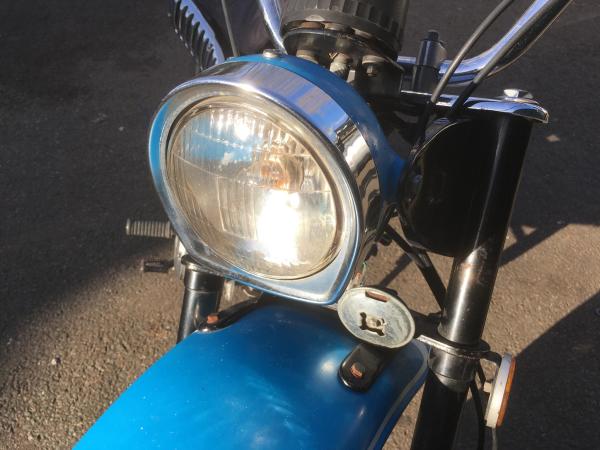 For a 47 year-old bike it’s in beautiful condition 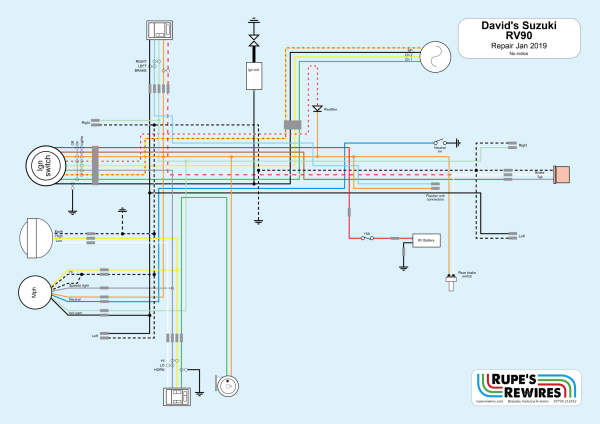 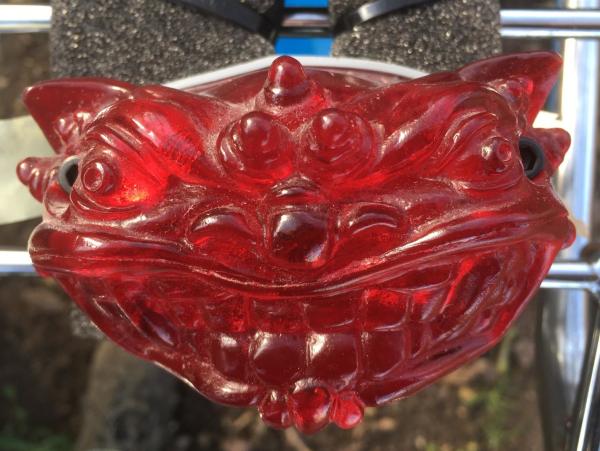 Tail light of the year so far

Suzuki have been making their fat-tyred beach bike for years. This is a very early one: 1972. It’s used mainly as transport to the beach in Wales, but the only thing that worked when it arrived was the engine. No lights, no charging.

The wiring itself looked in good nick but a combination of blown bulbs and a busted rectifier made the headlight and speedo look dead. Meanwhile there was no voltage getting through to the back of the bike. The cause was an apparently perfect wire with an internal break – something you don’t see very often. The break occurred where the main harness bent as the handlebars turned.

It’s fairly easy to fix: burrow into the loom, find the break, graft in a new wire with its various branches, and seal it all up again. Renewing the bulbs and earths, and servicing the ignition switch, took care of the speedo lights and main lighting. But the horn still refused to work. That turned out to be corrosion on the horn button contacts. It’s a funny switch where the current has to get through three separate bits of metal for the horn to work. A case of strip, clean, re-spring and reassemble – severely complicated by the need to run the wires through the handlebars. David doesn’t run indicators on this bike so, as Sod’s law predicts, their wiring was fine.

The tail light is taped to the rack in the pics because it’s not finally fixed onto the rear mudguard. David bought it in the US from a custom shop – it’s moulded to be the head of a Japanese water god. He’ll make a bracket for it later. 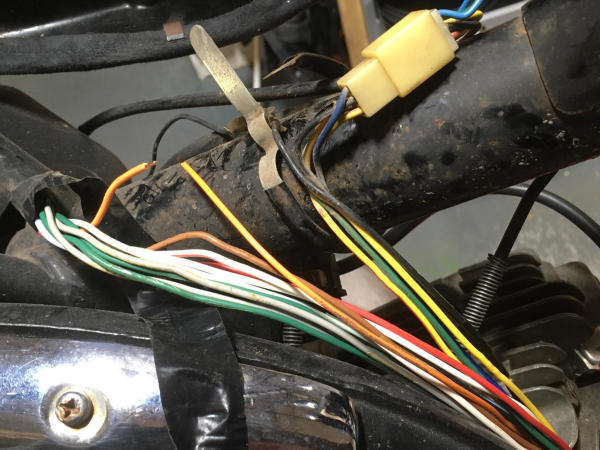 How to repair a broken wire. First use a needle and multi meter to find the break point 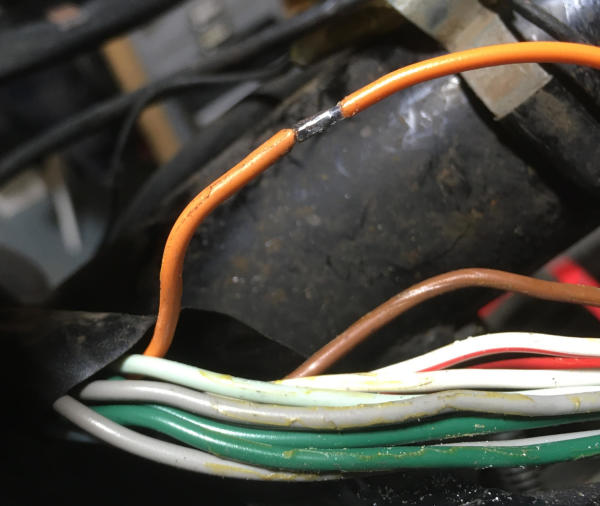 Make up a new half, with any branches, and solder it in 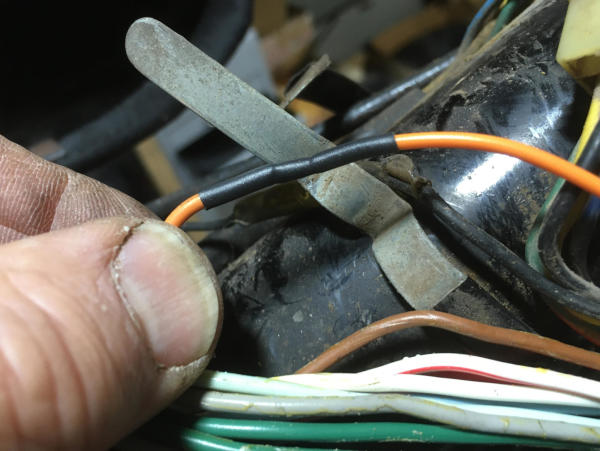 Not forgetting to slip on some heat shrink first 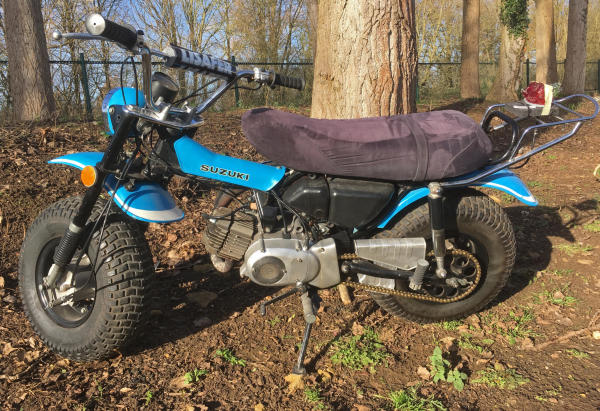