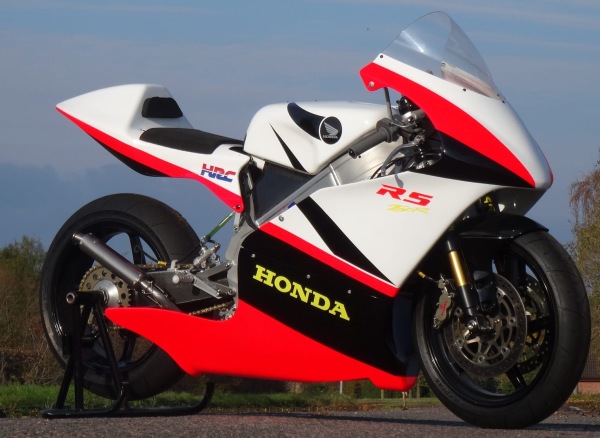 Spot the wiring loom round the frame spar, because of the aftermarket airbox 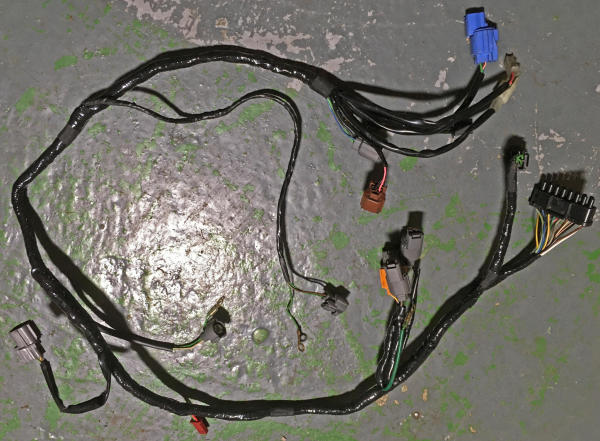 Bruce has been racing 250 GP bikes at national level for donkey’s years, but usually Yamahas. This neat-looking Honda is a new acquisition.

Unfortunately the loom had been messed up by someone fitting a quick shifter, using those ’orrible wire tap connectors which always lead to long term damage. Sure enough the copper strands had frayed and broken, so we needed to cut out the damaged cable sections and replace with new. This meant replacing two pins in the ECU plug. I couldn’t find anyone in the UK who sells new pins, but the amazing Cycle Terminal in New Jersey had some. (They’re a brilliant shop for obscure or classic Japanese connectors if you can’t find what you need at Kojaycat, who are the undisputed top electrical connector shop in the UK.)

Once I had the loom opened up it became clear that it wasn’t the original one for this model, and it had been heavily modified. So a quick job became a long job as I unwrapped more and more tape and tried to chase away more and more future problems. The last thing you need after spending a fortune on entering a race is a breakdown. I am sure it is as good as it can be now, short of starting from scratch.

The wiring diagram here is based on the one in Honda’s manual, but it is very different from the loom on the bike. Honda made at least one mistake in their diagram, which I have corrected, but there may be more. I’m putting it up here anyway in case it’s useful to other racers. And of course I can build a race loom (standard or modified) if anyone needs one. 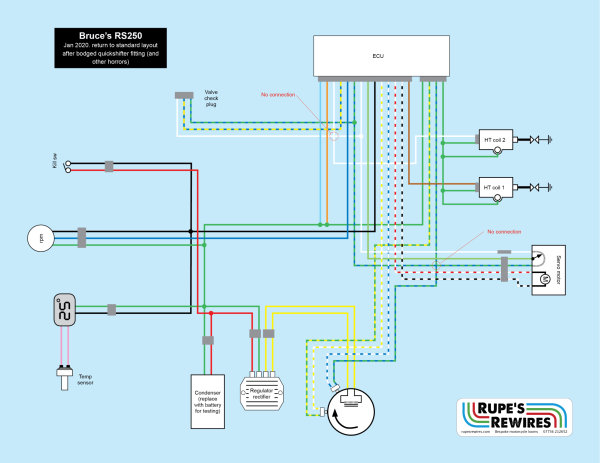 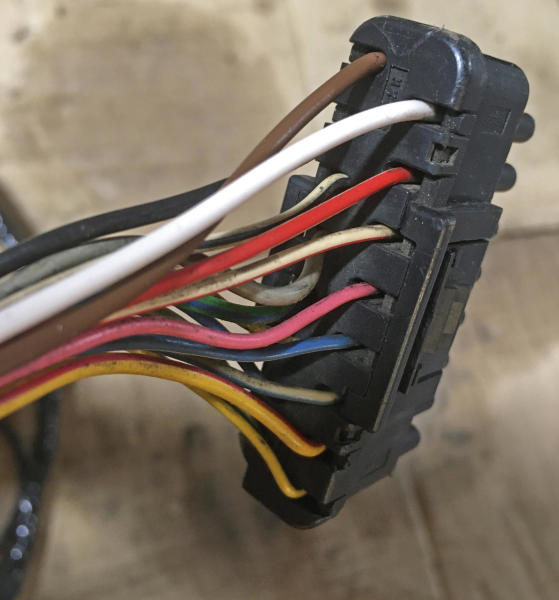 The ECU plug featured on a few Honda roadbikes, which was lucky. The brown and white wires are new 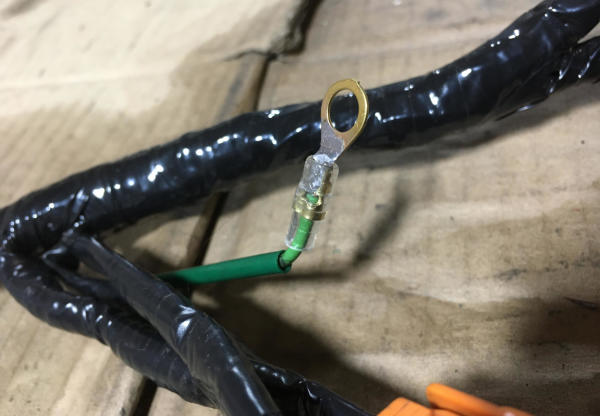