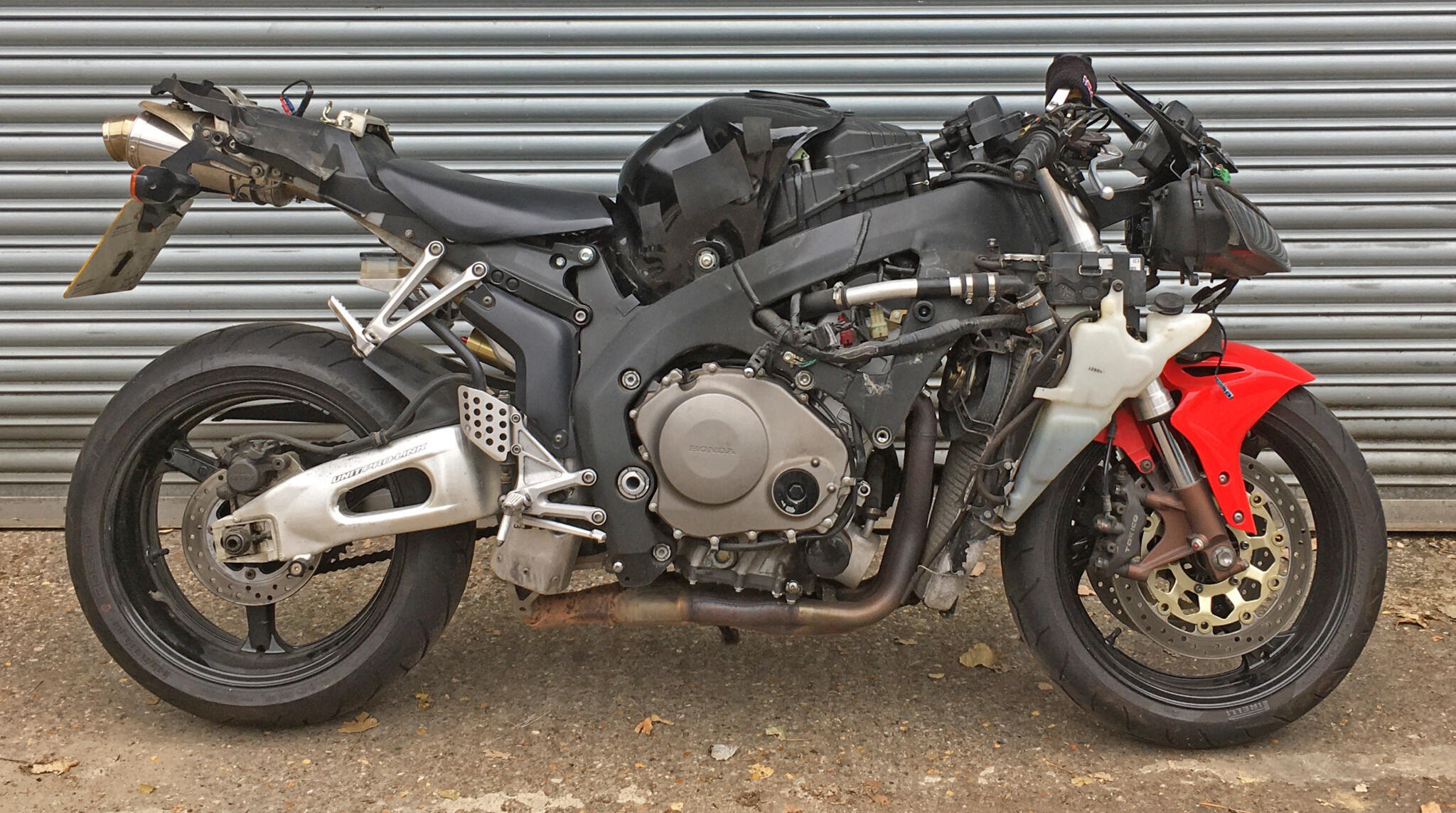 We get a steady stream of alarm removals at Rewires Towers. People want them binned for two obvious reasons. First, they make owning and riding the bike a pain in the arse. Second, they sooner or later flatten a battery or stop the bike working. In my private opinion they have a third drawback, which is that they don’t do anything to stop a bike being stolen. I’ve seen dozens of stolen-and-recovered bikes at the Met’s Chalk Farm storage facility, and the alarms just get ripped off and thrown out the window of the thieves’ van. Usually they smash the sidepanel off to get at the shrieking siren unit.

Fetching an alarm off is easy: drill the siren speaker to shut it up, disconnect the battery, and surgically detach the various tendrils of the alarm loom without cutting any wires. Once it’s dangling off the side of the bike, unwrap the bit that joins to the original loom, cut away the alarm cables, and rejoin them using filed-smooth soldered joints and heat shrink.

On this Blade, the alarm was mostly connected to the diagnostic plug cables. The only wire that needed to be rejoined was the yellow and red one to the starter solenoid. So not too tricky. 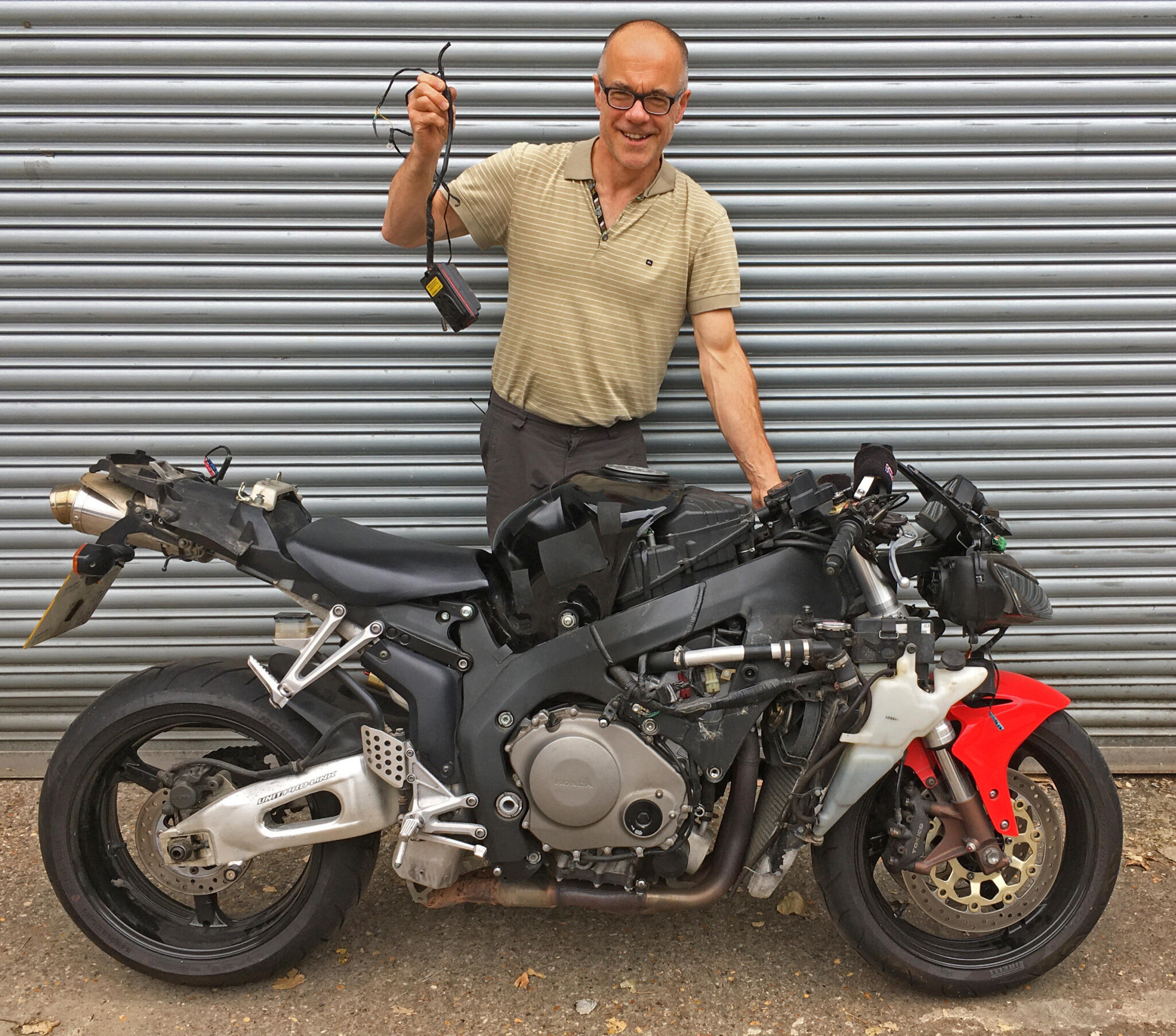