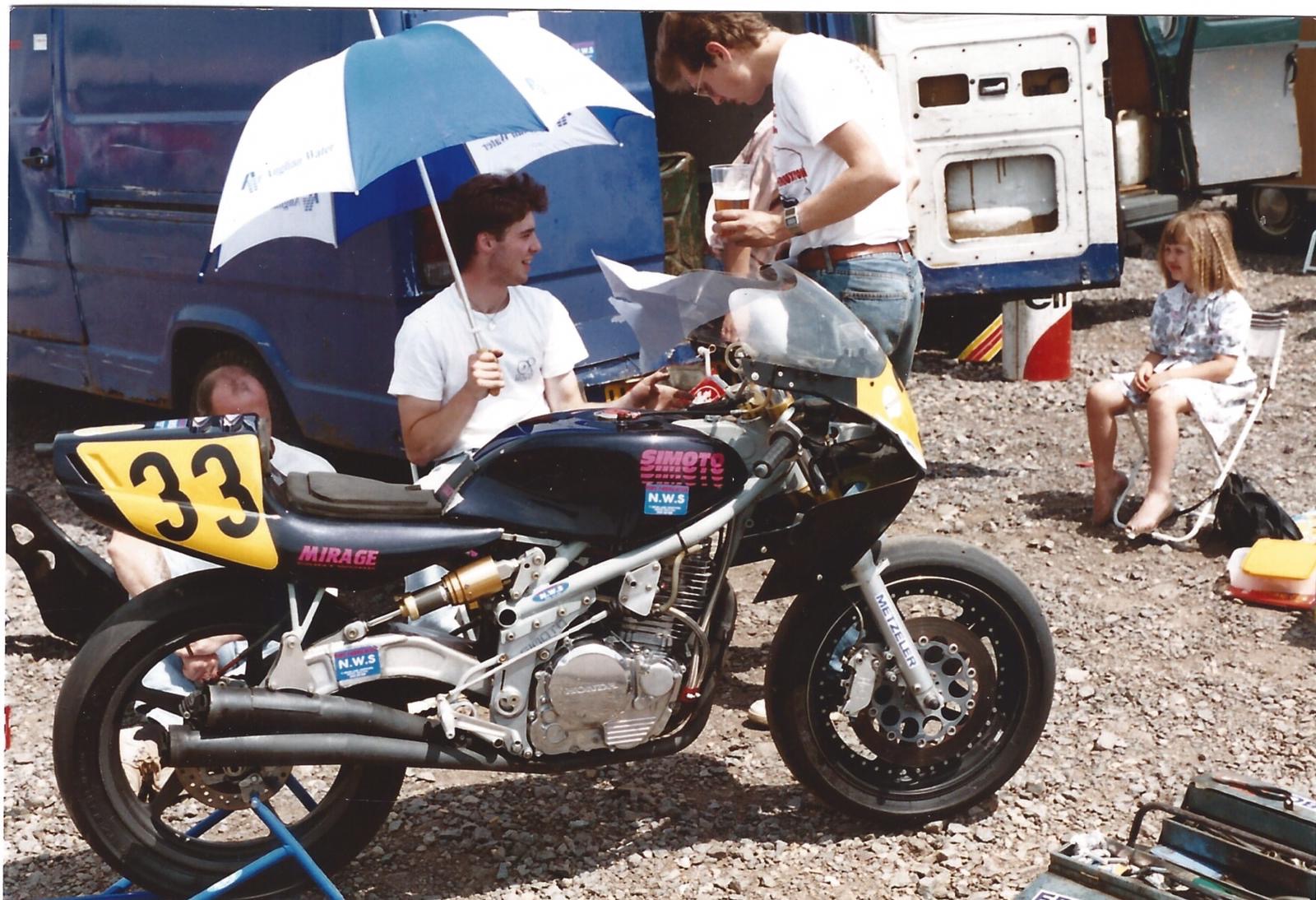 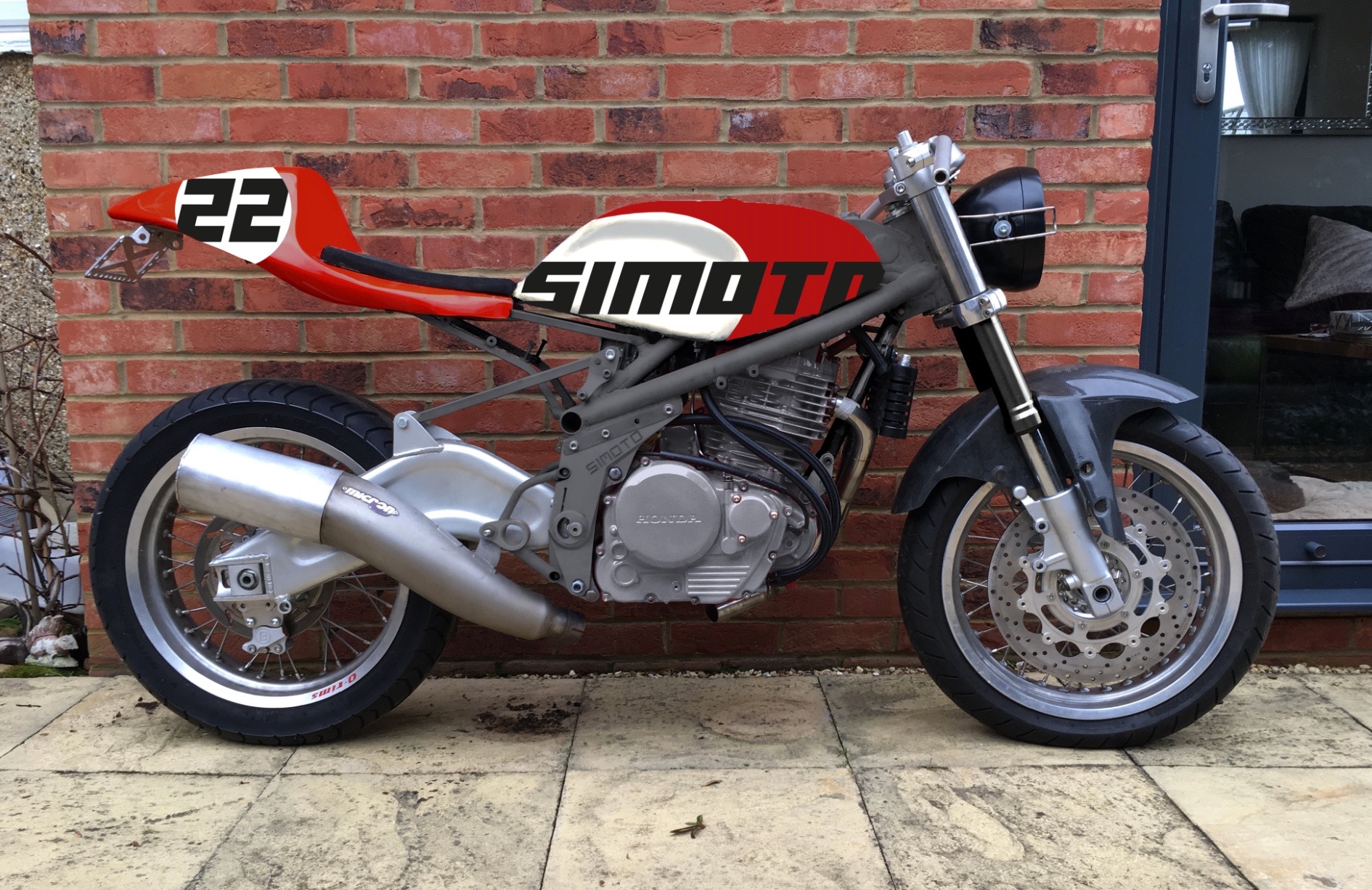 30 years later Simon decided to put it on the road. This is a mid-build mock-up by my designer son Freddie… 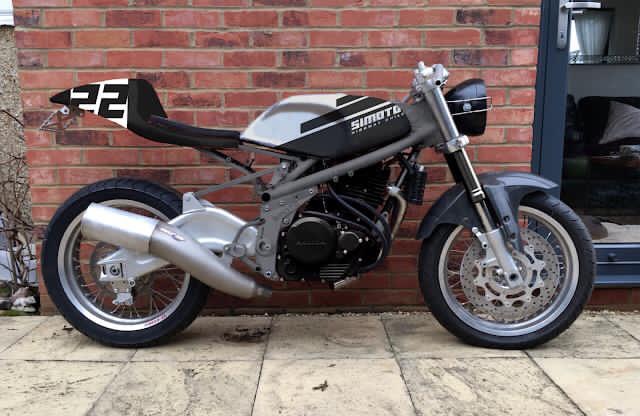 …and here’s another version he did… 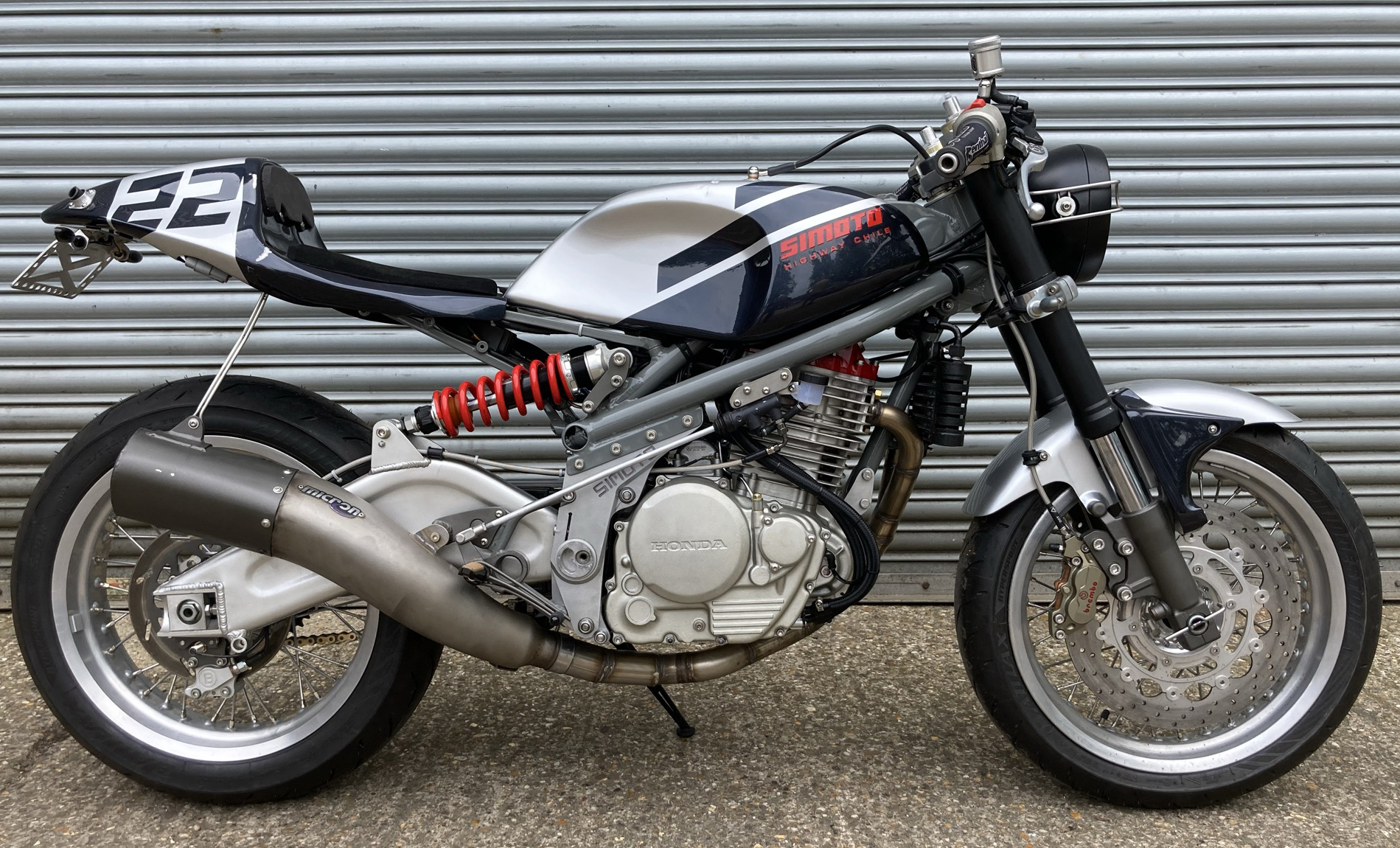 And here’s how it turned out 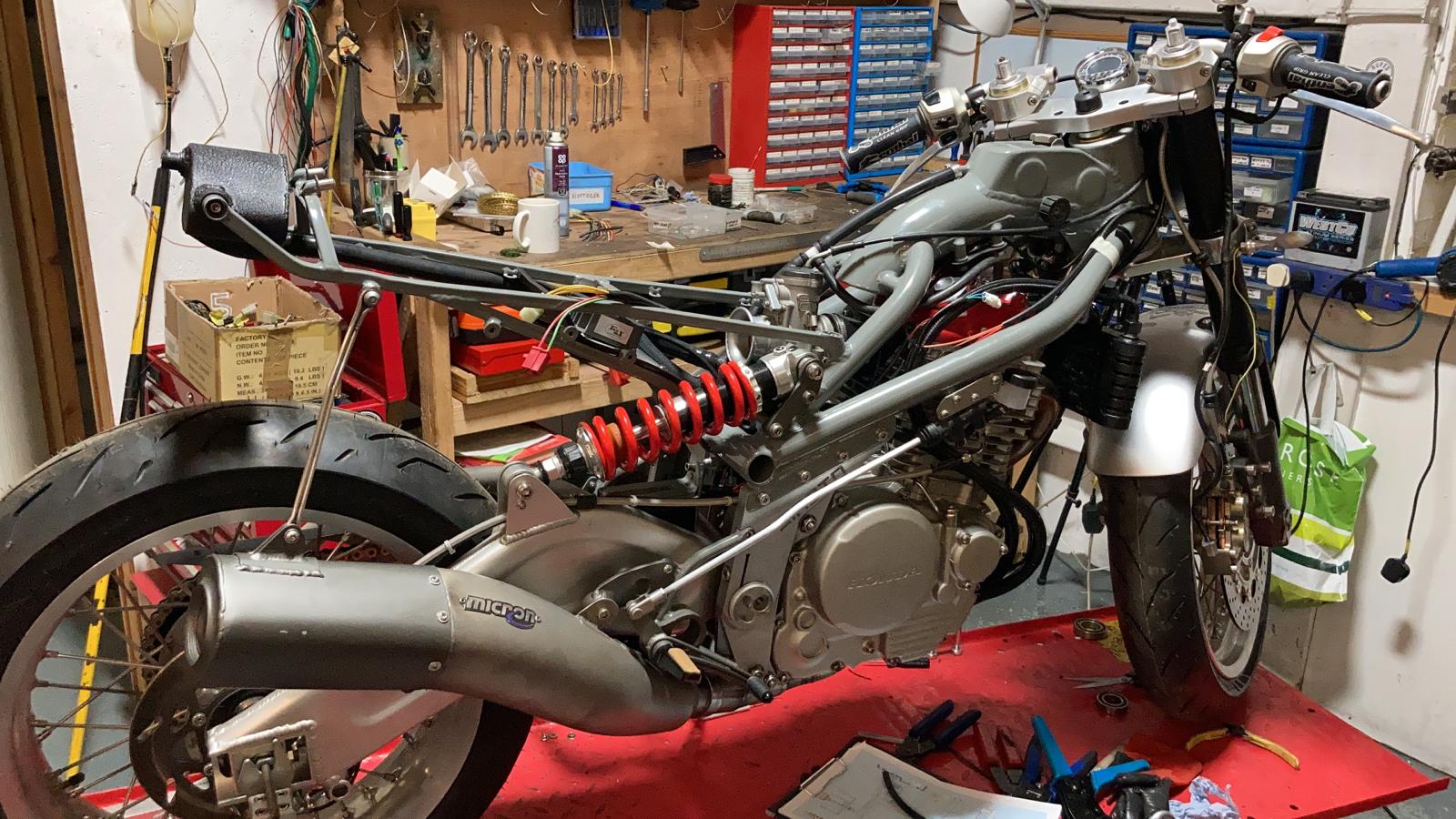 Here’s the frame. That bit at the top is the oil tank

I’ve been lucky enough to work on some fairly amazing bikes over the last ten years: Guy Martin’s Martek turbo and Carl Cox’s XR69, to name a couple. This 650 single is right up with them.

The engine is Honda Dominator, but the frame was designed and built in 1989 by my friend Simon Martin. Simon and I studied motorcycle engineering at college. While I went into journalism he went into the chassis-building business – first with Harris Peformance, then NWS, and finally his own company Simoto.

As I was editor of Performance Bikes in 1989 I asked Simon to write about the build. He began the first instalment with a poem:

Varoombah, varoombah, Biker man
Build me a bike as fast as you can
Whack it and weld it and mark it with style
So’s I may pose about like a Highway Chile

That’s why it says Highway Chile on the tank. If you don’t know what that means you need to listen to more Jimi Hendrix.

Although Simon’s subsequent club race career failed to result in a GP contract, the bike was, and is, a masterpiece.  Tank made from flat aluminium sheet, as is most of the swing arm; frame (with oil tank) from round steel tube; sub frame from square section steel tube; side plates from milled aluminium. Footrests and control levers are as light as possible. Headstock and swing arm pivot are adjustable. The whole thing could not be smaller, lighter or skinnier.

To turn the Simoto racer into a road bike Simon added a headlight, Yamaha R3 switchgear, ZXR400 forks and mudguard, and a tail unit he had lying about. The original XBR500 engine was long gone, so he replaced it with a 650 Dominator.

I made up a few wheel spacers for the project, then did the loom build. This was a long-standing deal after Simon helped my son Freddie with his final year project at uni in 2014. Fred also repaid Simon’s kindness by designing a few colour schemes for the bike.

When people ask what the point of a motorbike is, we usually waffle on about freedom and excitement. But what they’re really about is friendship. 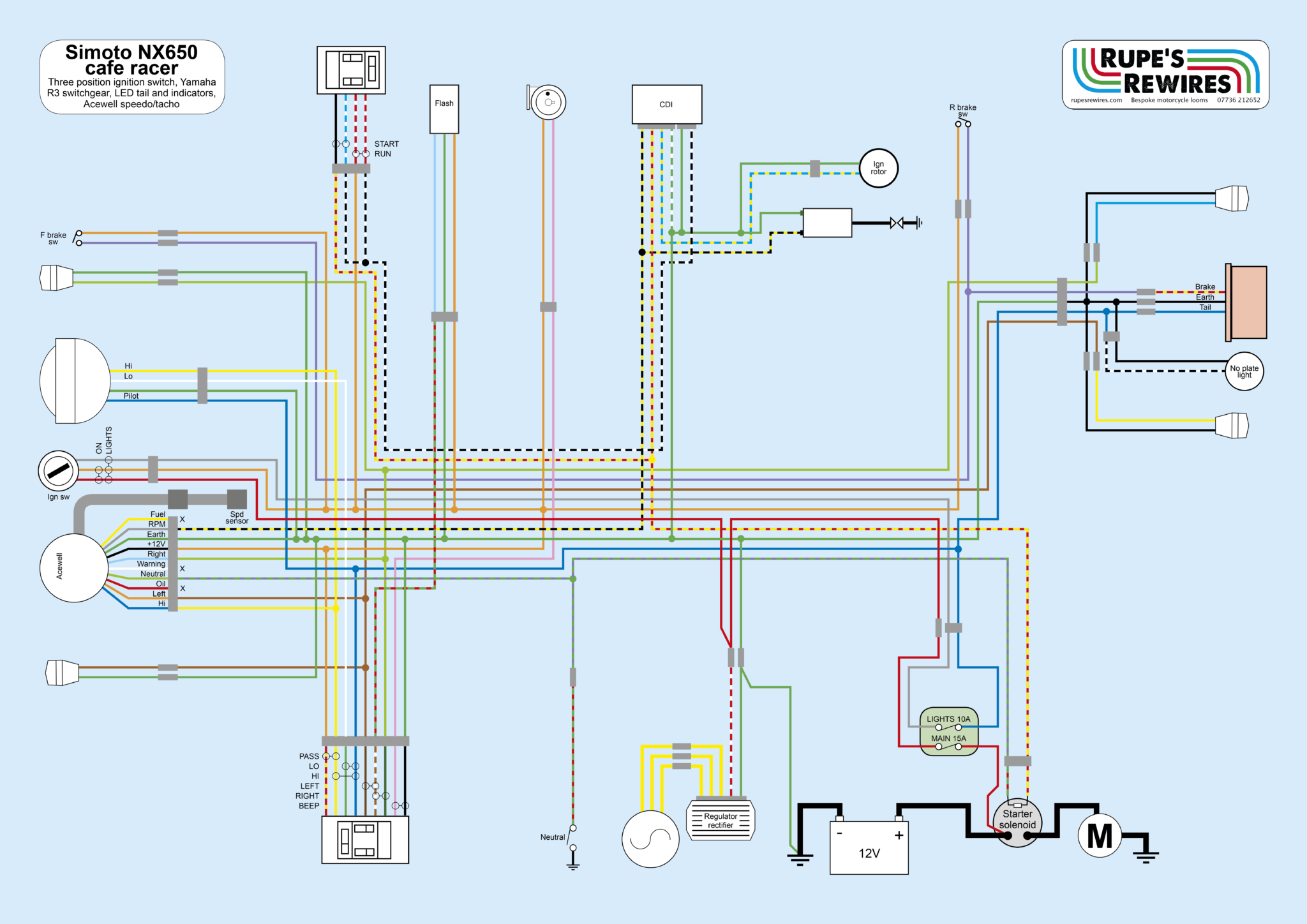 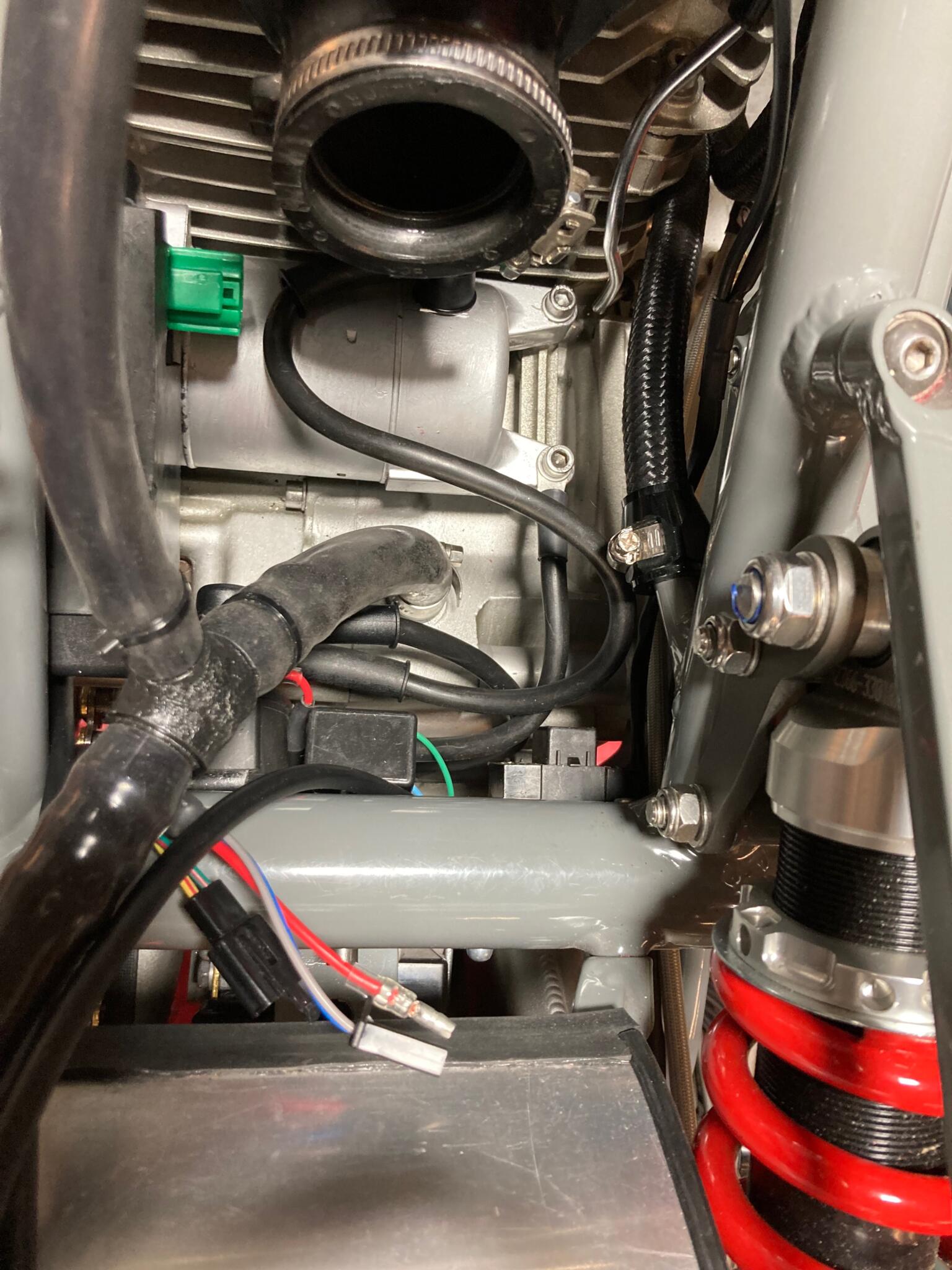 With a bike as compact as this, hooking up the solenoid, fuse box, flasher unit and CDI took an entire day 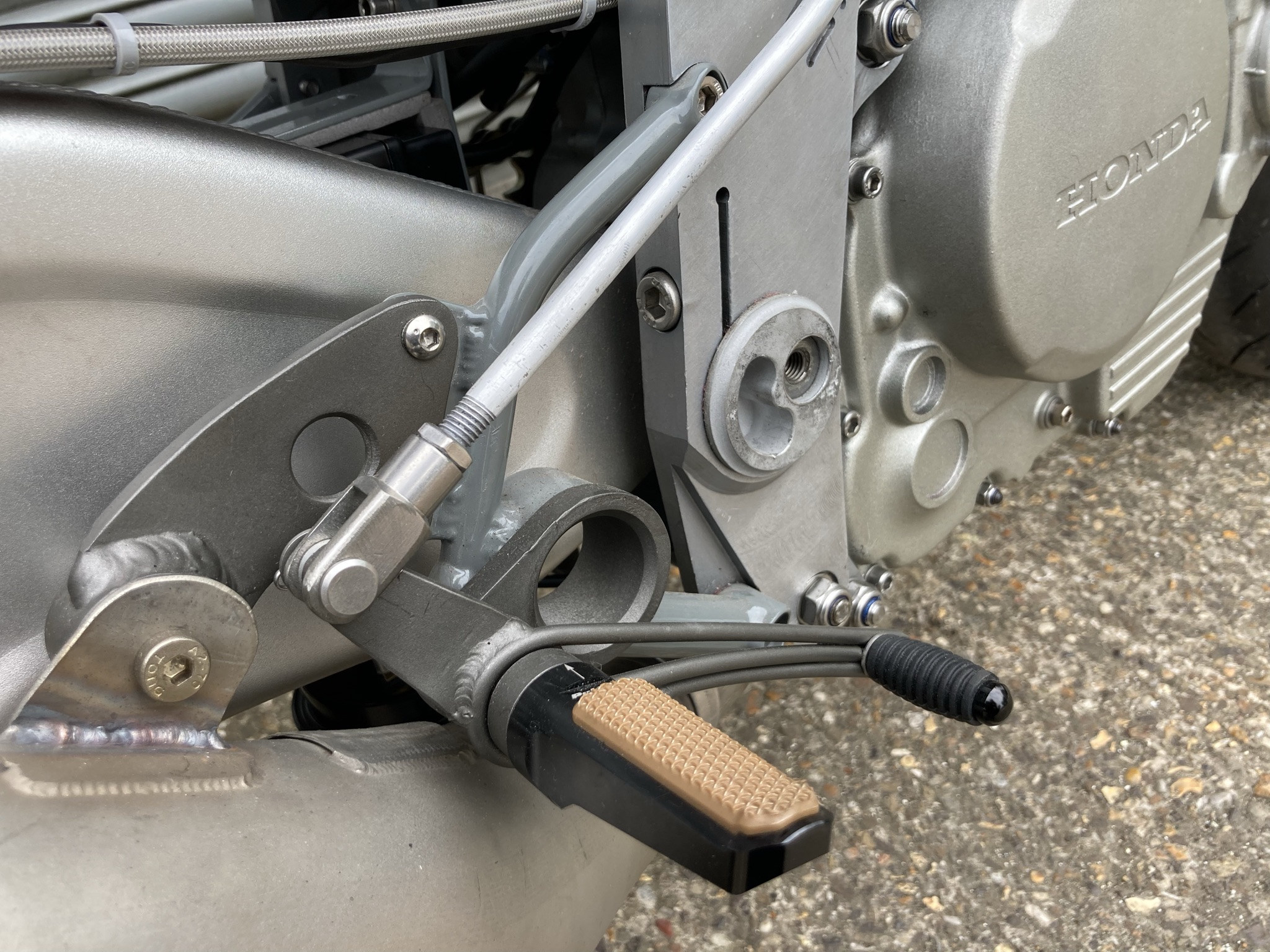 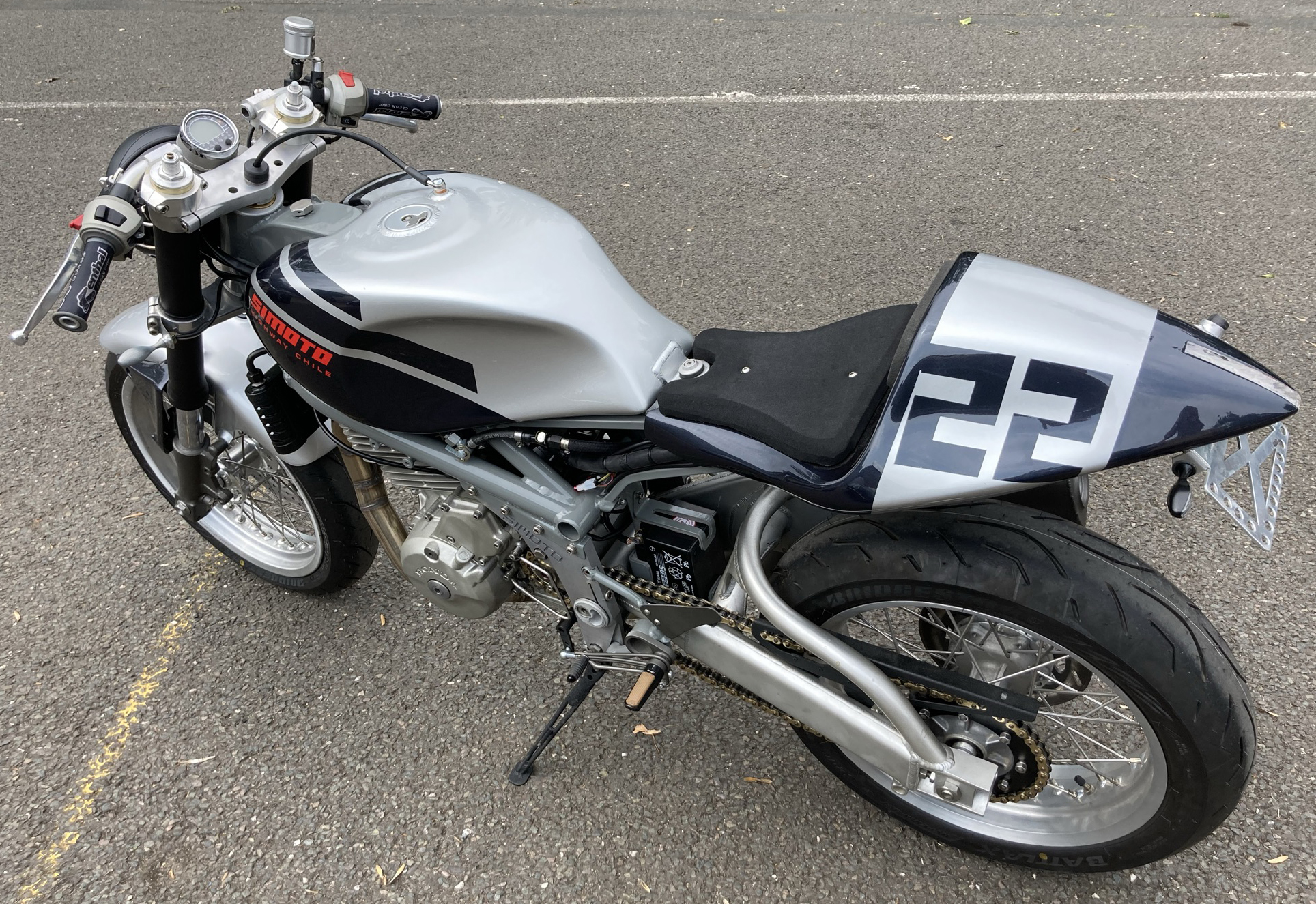