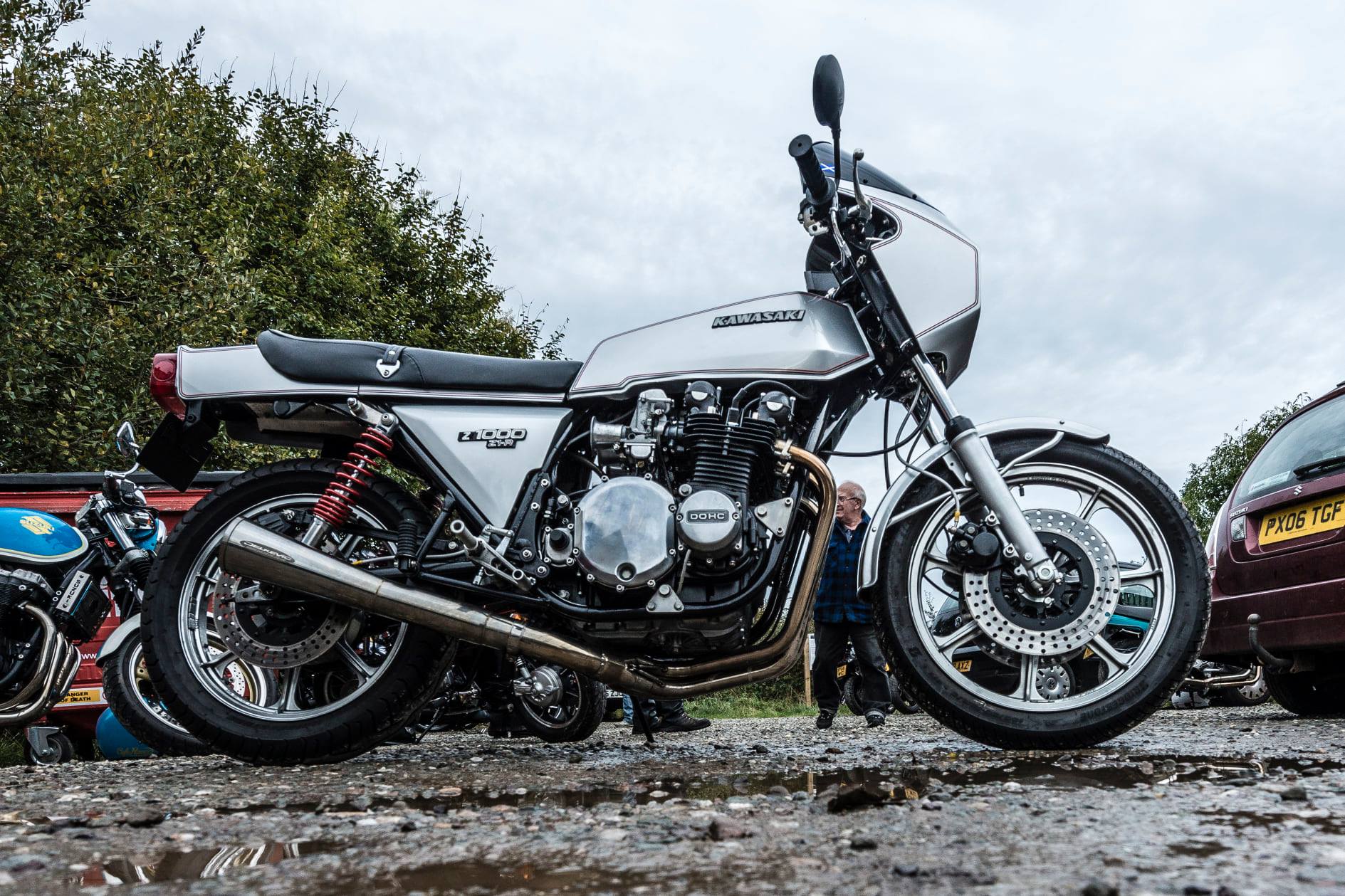 Here’s the bike out and about in summer 2021, with the new loom fitted 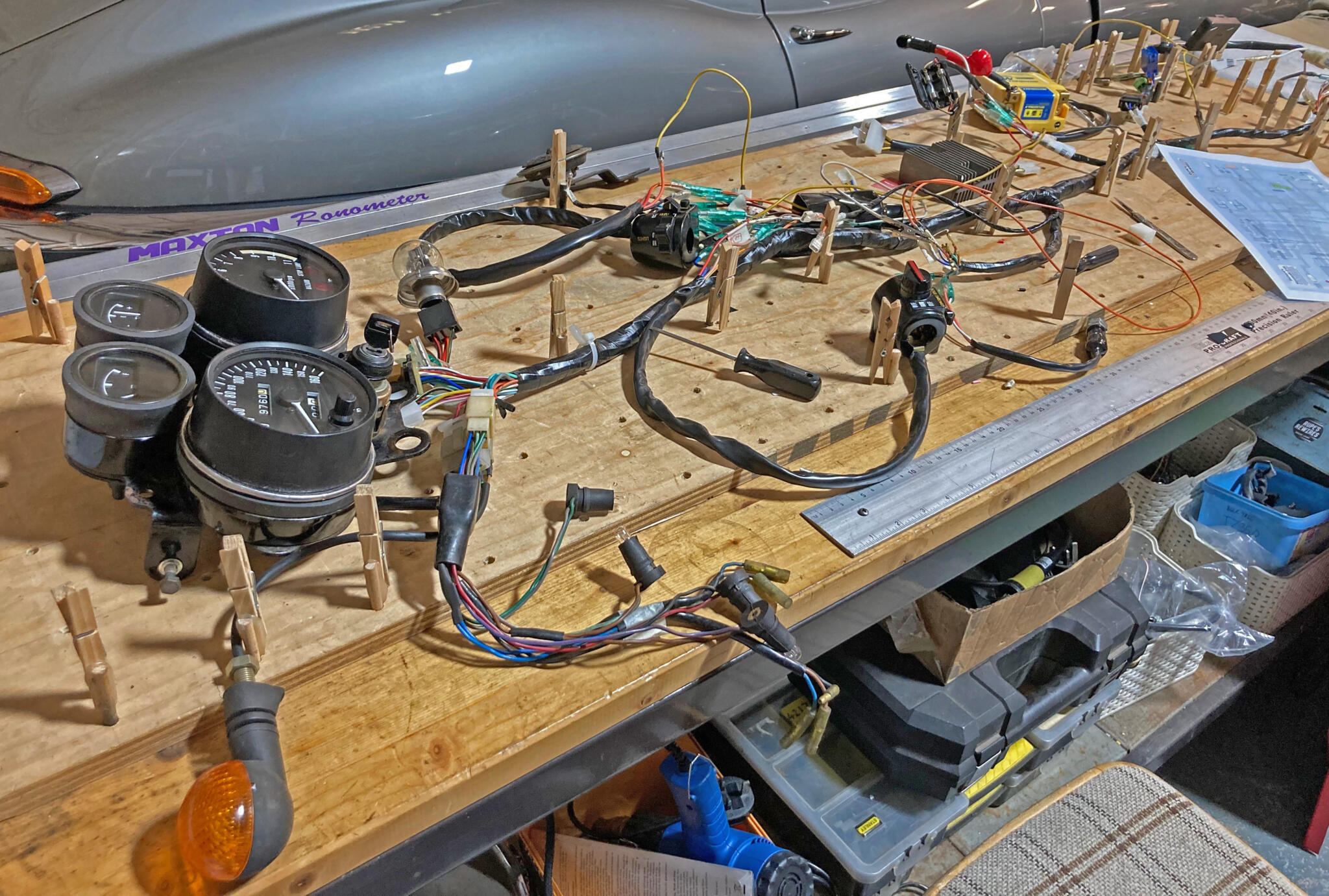 Who says you need the bike in the room to sort out the loom? 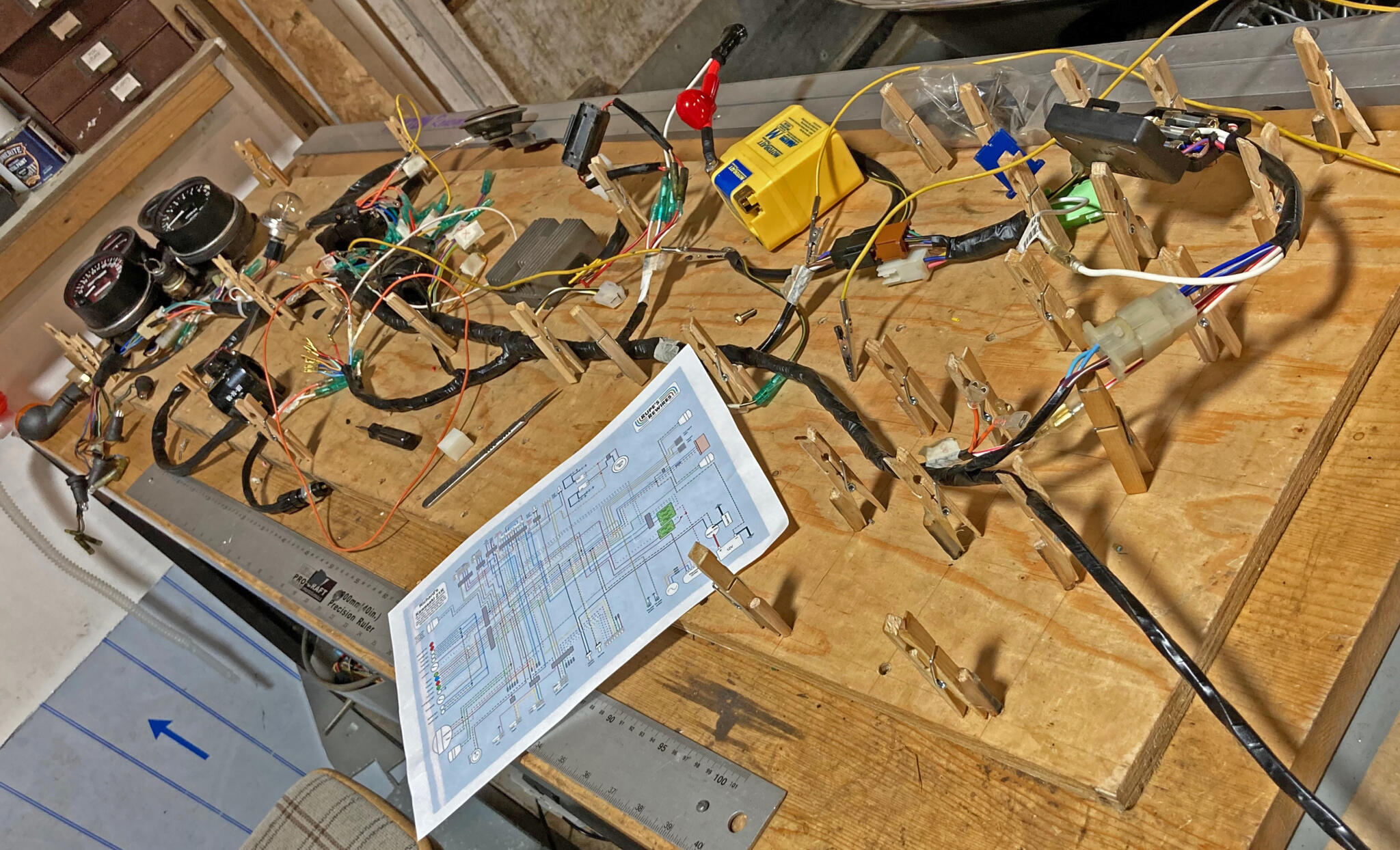 It almost makes perfect sense from here. The diagram is from an earlier Z1R I did

“Here’s the quandary: Kawasaki Z1R, 1978 – a bike I owned 30 years ago and got back from the bloke I sold it to. It’s nearly restored to better than it was back then – but I have bloody awful colour vision and a wiring issue. Is a thing you could help with remotely? Scotland is quite far away!”

At first I wasn’t sure if I could help Craig. He’d bought a pattern loom but couldn’t see how to fit it, let alone test all the ways it needed to work. On top of that, Z1Rs had extra wires for an elaborate system of bulb failure warning lights (he didn’t want those). And the replica switchgear he’d found was from a Z900. And his loom was a US spec one, not UK.

On the other hand, West Lothian is 320 miles away from the Rupe’s Rewires workshop. Could Craig send all the electrical hardware down instead? He was only too happy.

This was clearly a job for the exotic and expensive RR peg board. After laying the loom out and plugging everything in I mapped the confusing bits to find out which wires I could ignore (the bulb failure warning ones) and which needed modifying or adding to. The Z900 switchgear turns the lights on in a different way from the Z1R but if you don’t mind a couple of external wires it’s all fine. I used a few random indicators to stand in for the real indicators as well as the tail and brake lights.

Once everything tested OK I imagined it in monochrome, and labelled every connection using numbers and letters or, occasionally, little messages. Then it went back in the box. Would it work? I soon got the answer.

“What can I say? I spent a couple of hours on it yesterday and it’s all looking good,” Craig said. “To say I’m delighted is a massive understatement! I should be on the road within a week or two with luck.”

This is such a rewarding job. 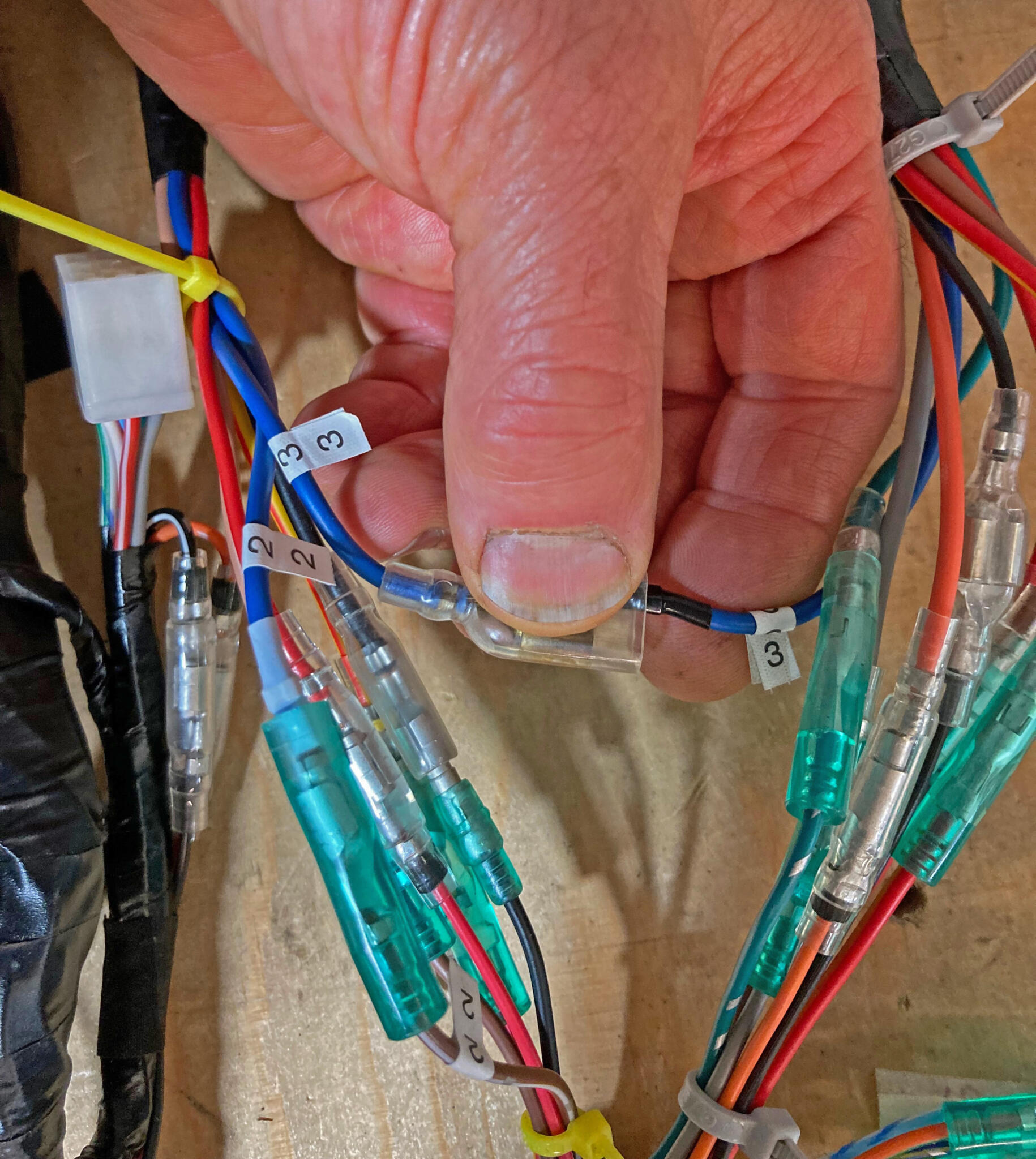 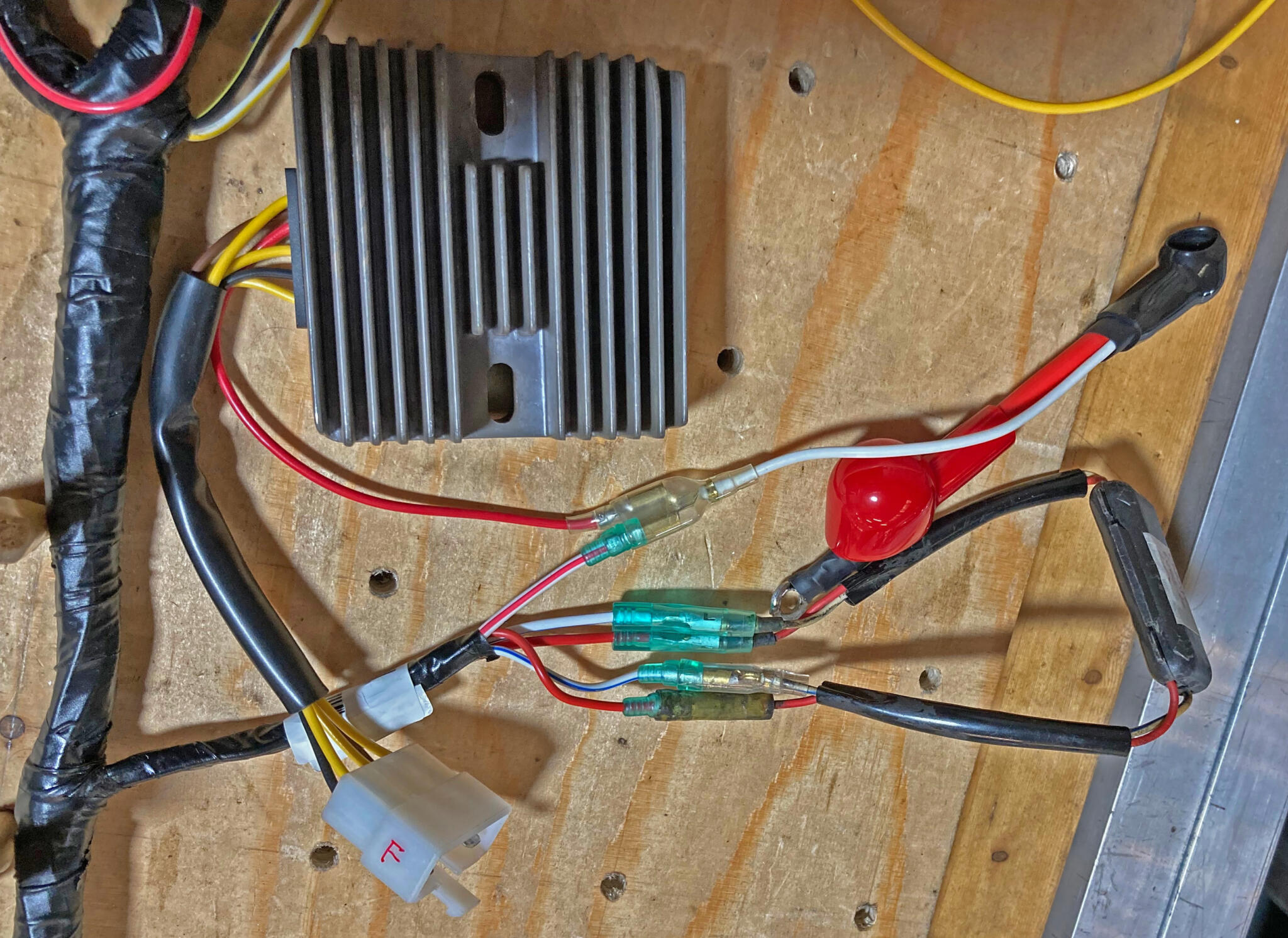 The Z1R fuse arrangement is batty, and once you add an aftermarket reg rec the colours don’t match, but it all works 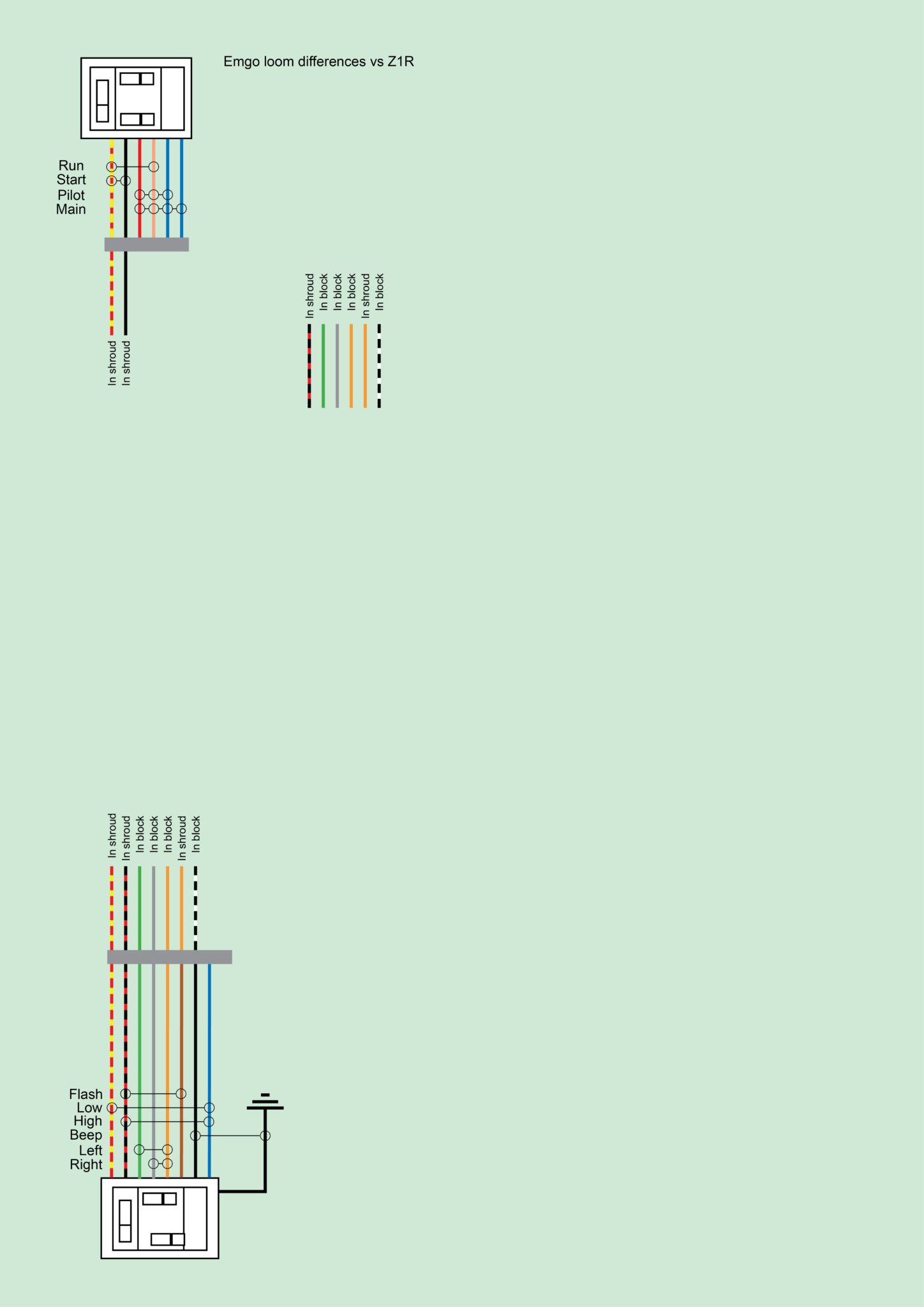 If anyone else fits Z900 switches to an Emgo pattern loom, this might be useful