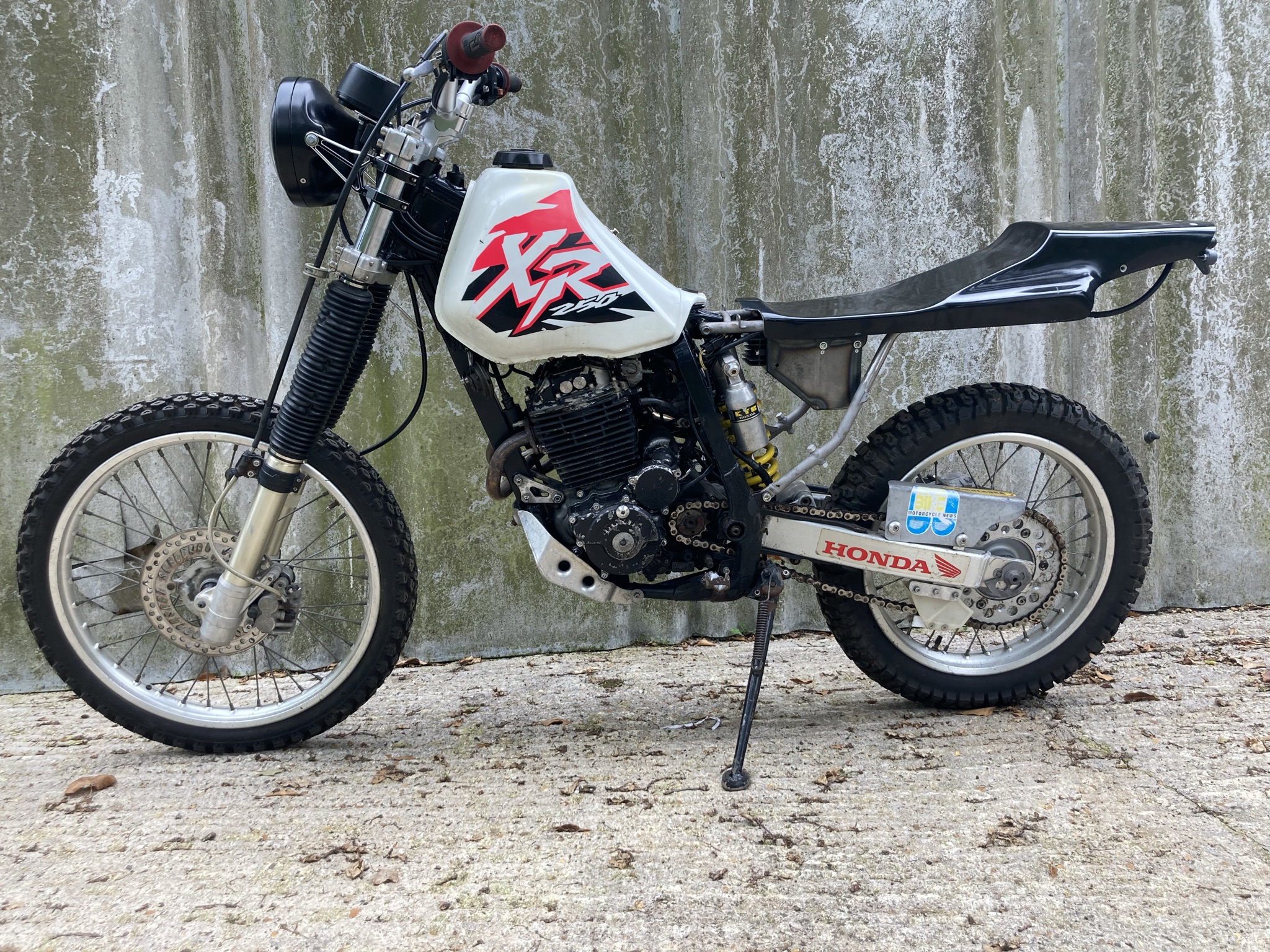 Joe plans to rebuild the XR as a stylish pub bike 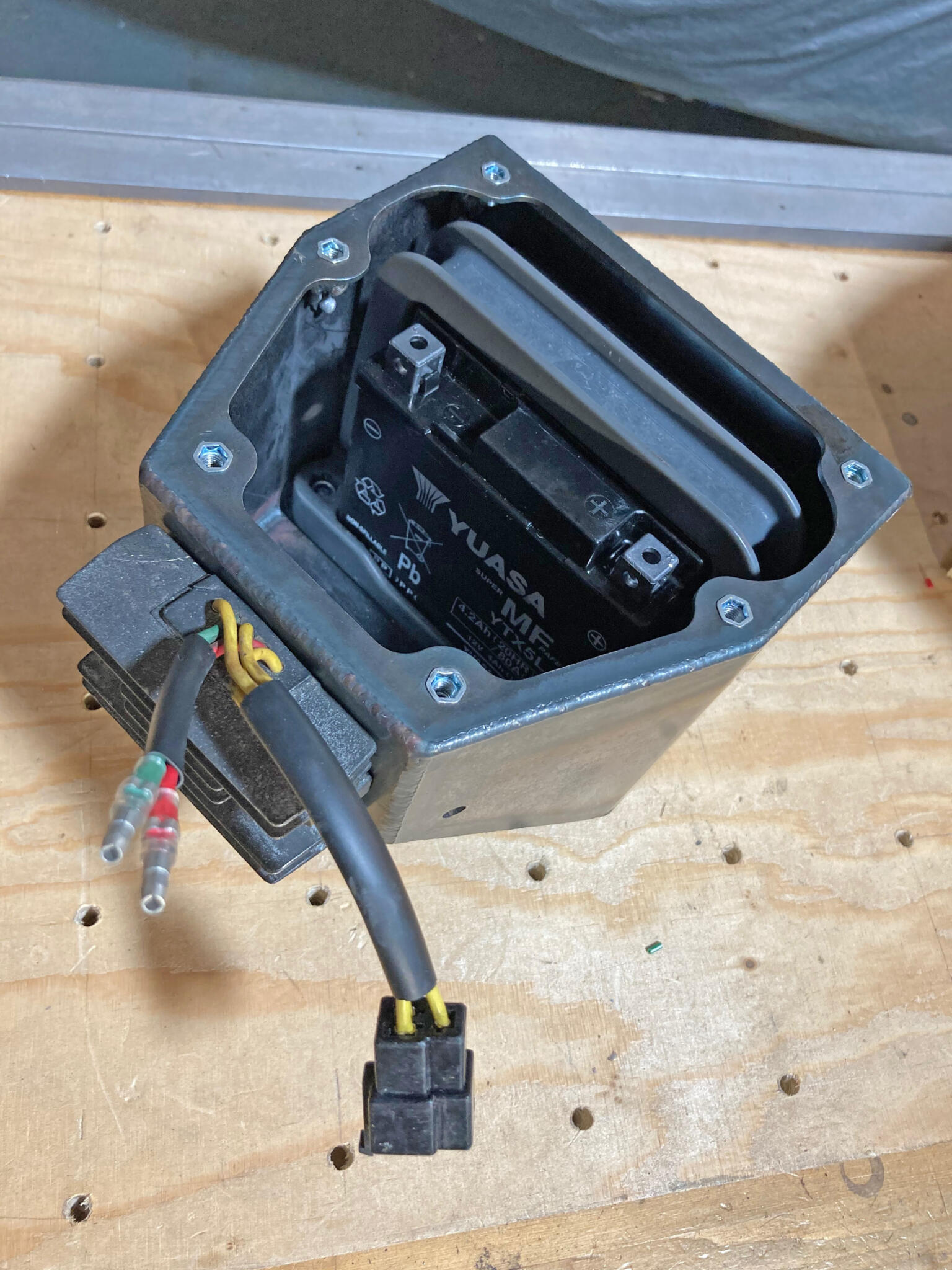 The battery box is beautifully constructed, with a battery retainer 3D printed in grey 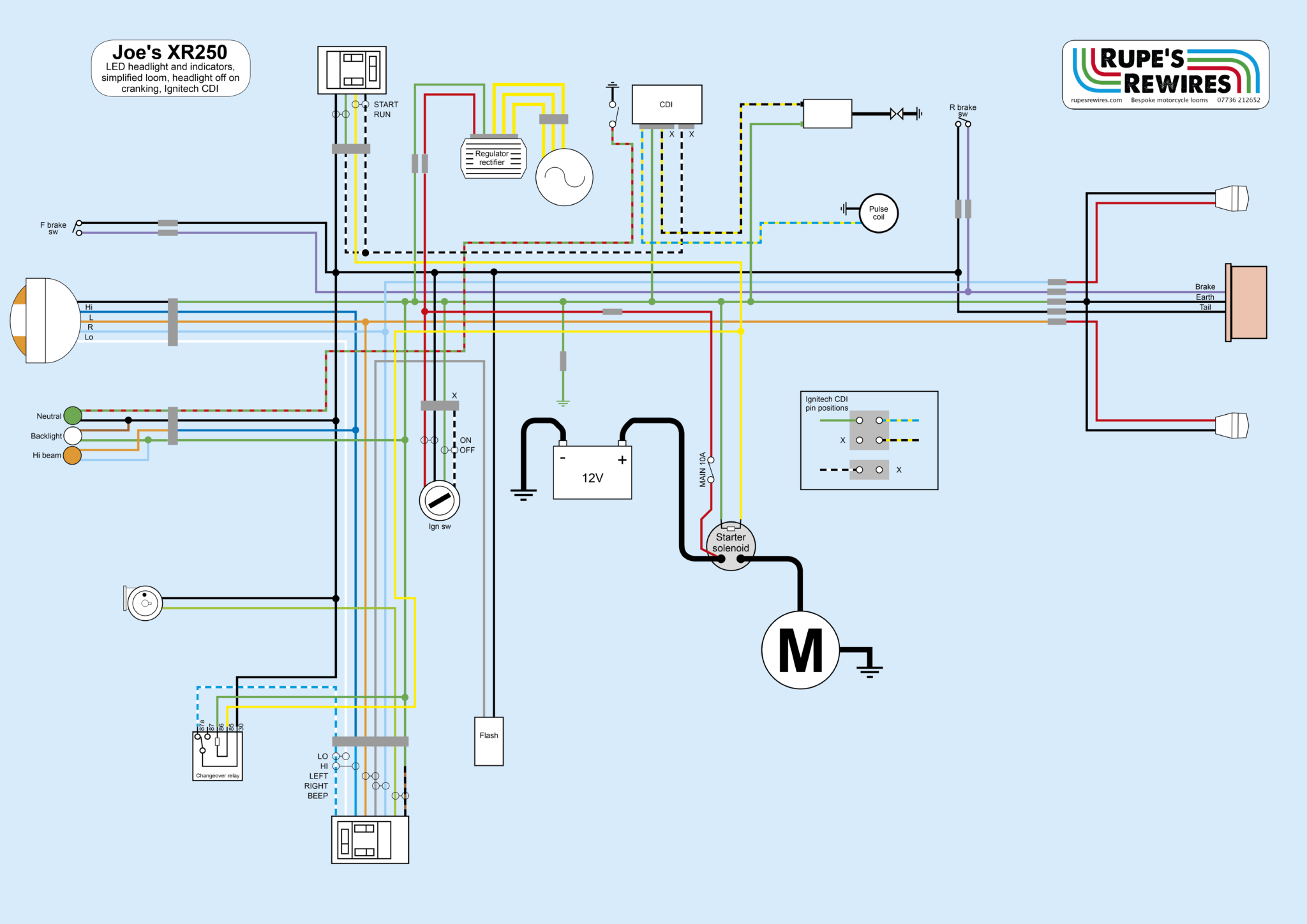 Lightning rarely strikes twice, but it did with Joe’s XR250 project. The loom build was easy enough. However, like Dave’s WR450 (the next bike along from this one) it wouldn’t spark.

Joe reported that it had run fine, so off we went trouble shooting the coil, plug, HT lead, pickups and CDI. The final solution, after ruling everything else out, was the same as the with WR: a new Ignitech CDI unit.

Like the Yamaha, the Honda uses battery voltage rather than a coil in the generator to provide the spark energy, Also like the WR, it sparked instantly once the Ignitech was plugged in.

I think the problem was the one Marcus Rex of Rex’s Speedshop warns people about: give an old CDI a proper earth and proper voltage supply and it falls over.

Joe had brought the bike along early in its build. His friend Simon, an F1 fabricator, had made the rear sub frame, battery box and 3D printed parts, but the modifications to the front of the bike are yet to happen. 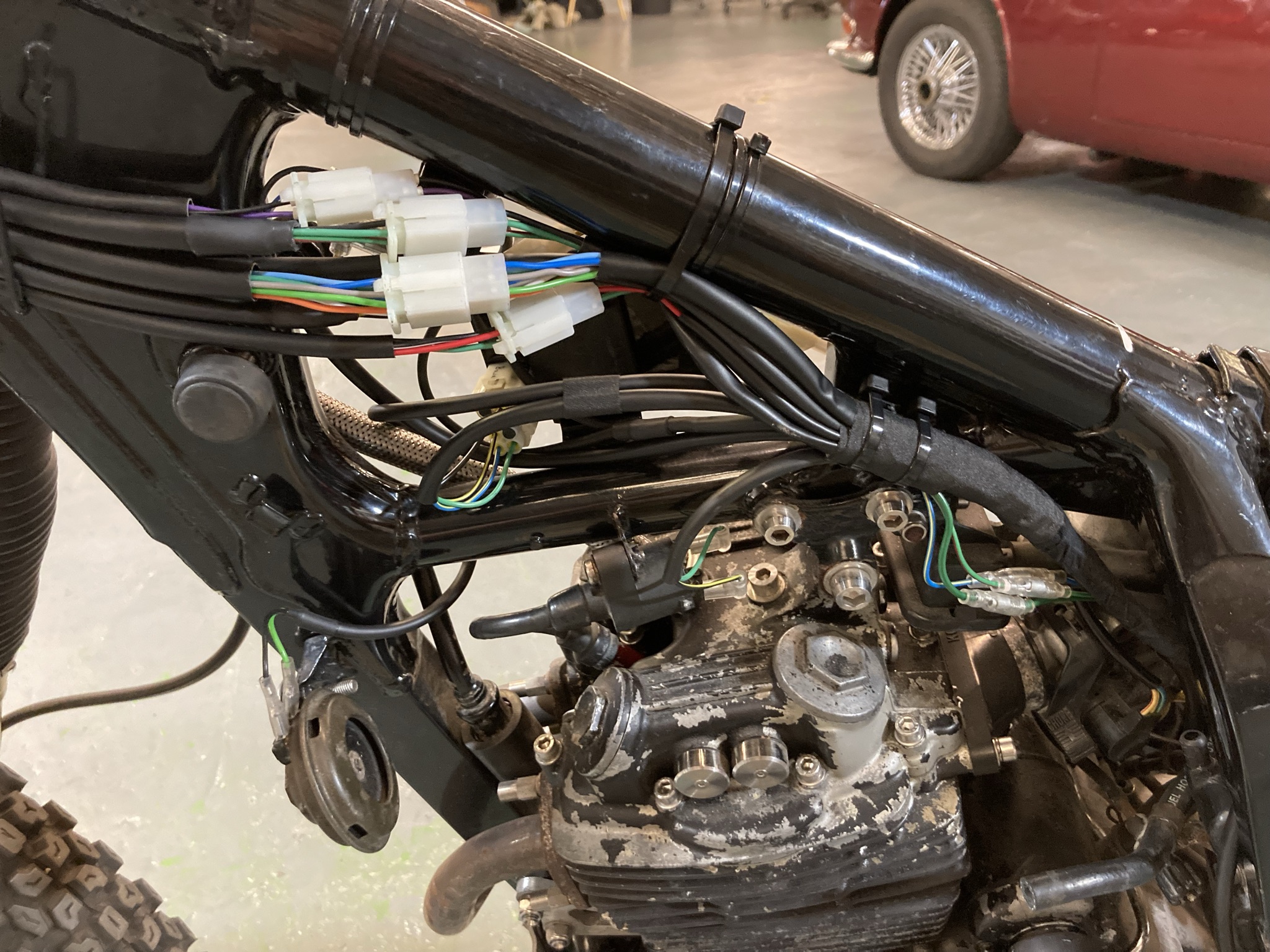 There’s quite a lot of stuff at the front of the bike, so this is where it meets the main loom 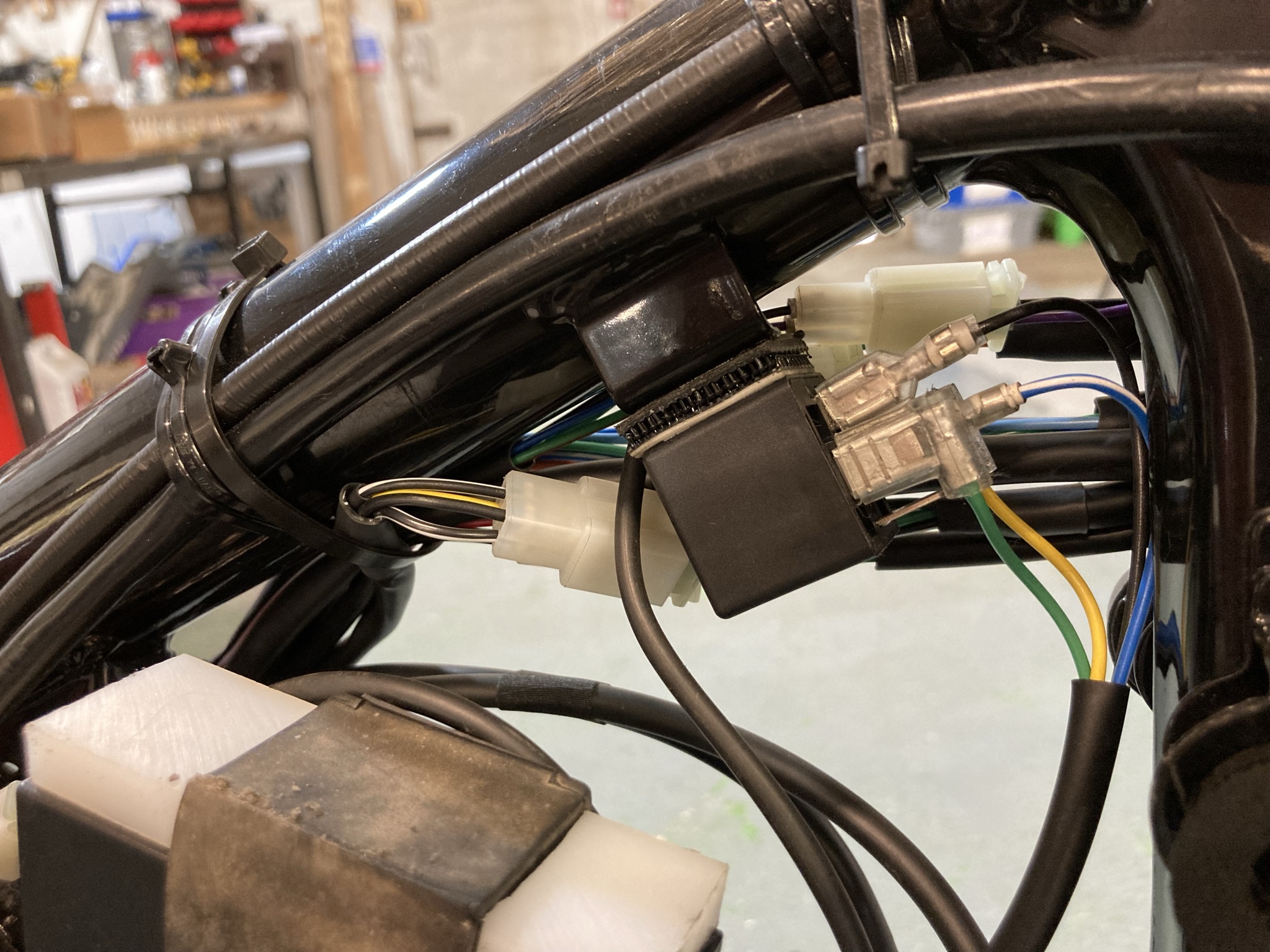 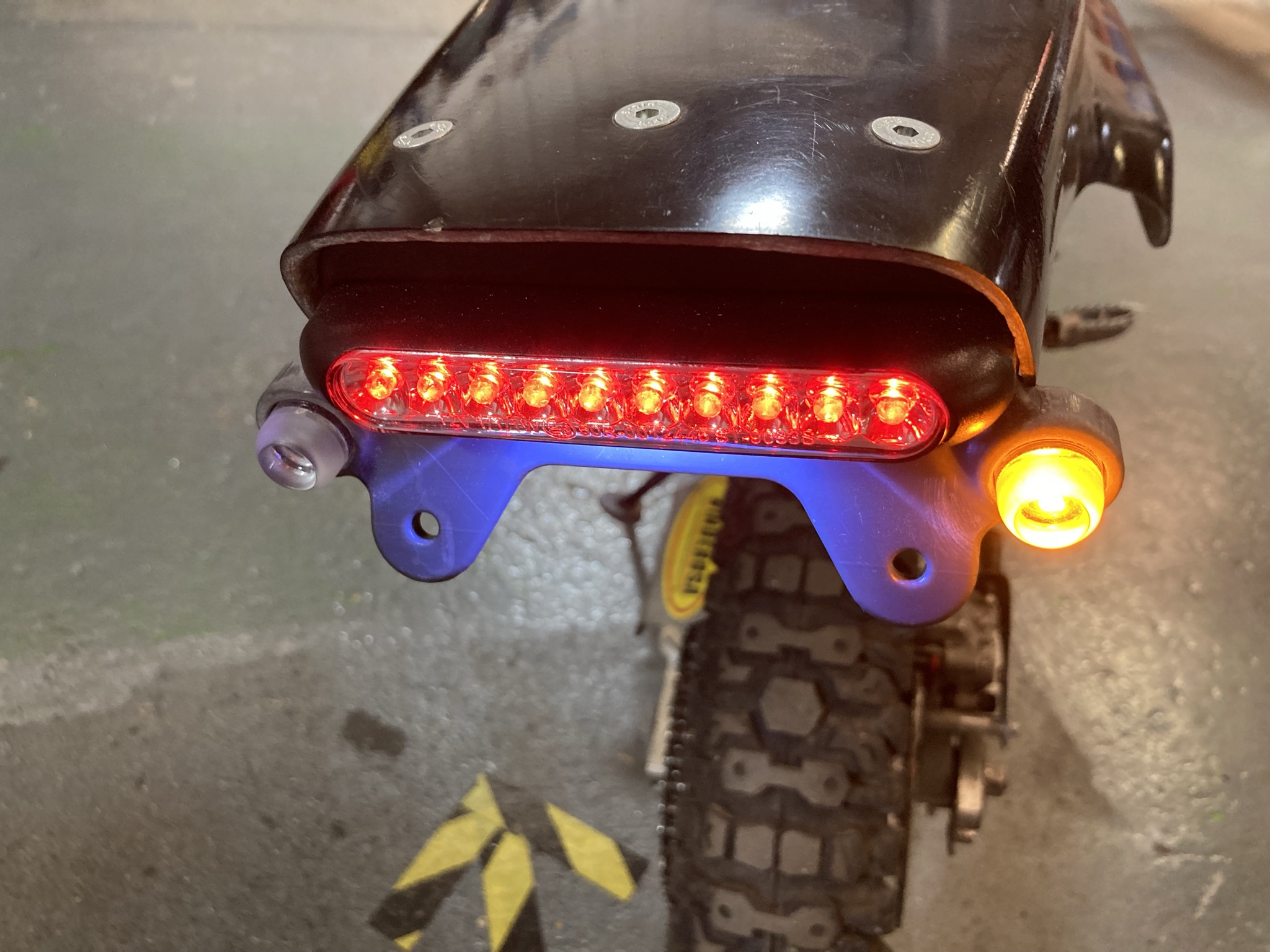 Aftermarket tail lights sit in a 3D-printed bracket. The countersunk screws hold it in place