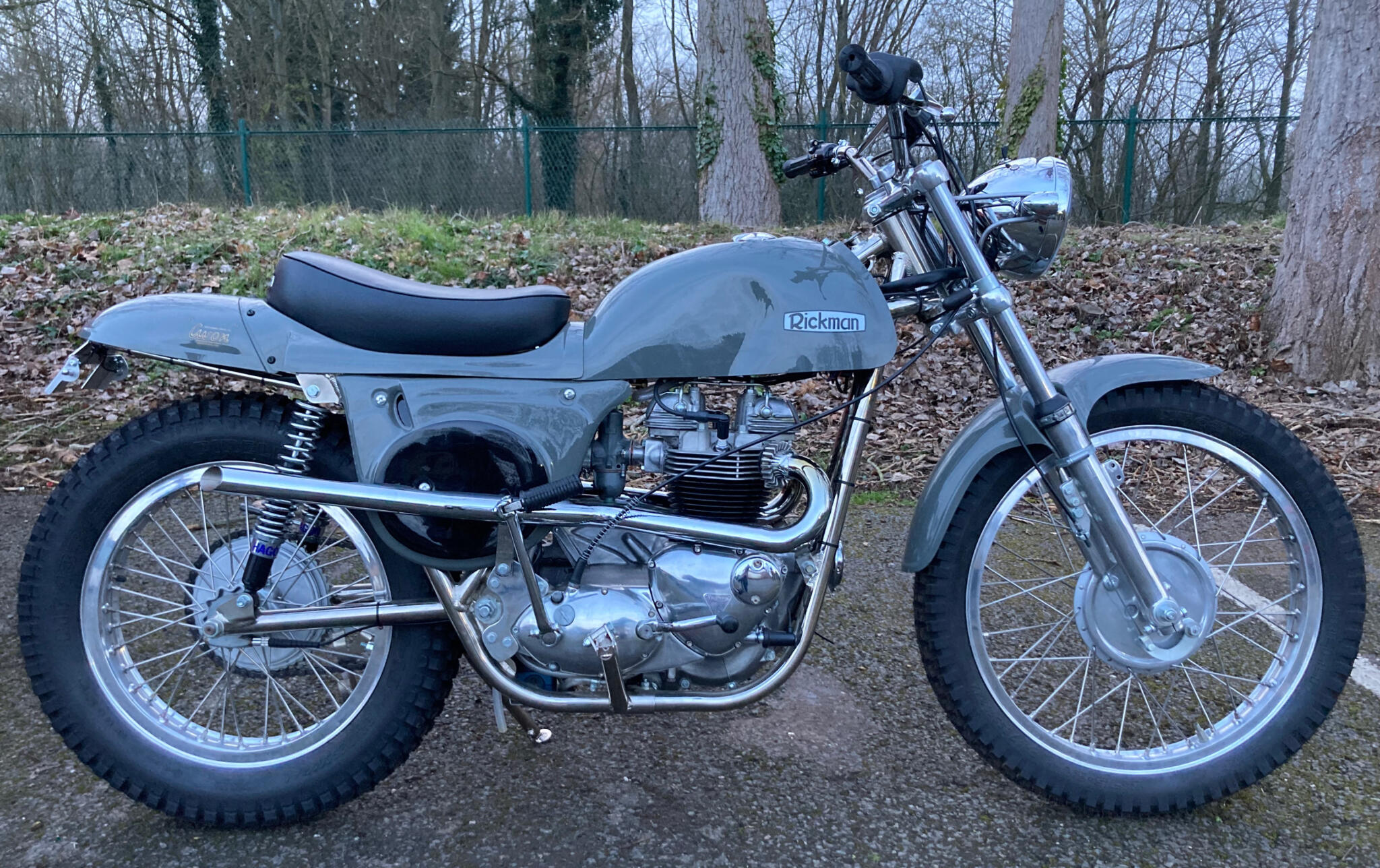 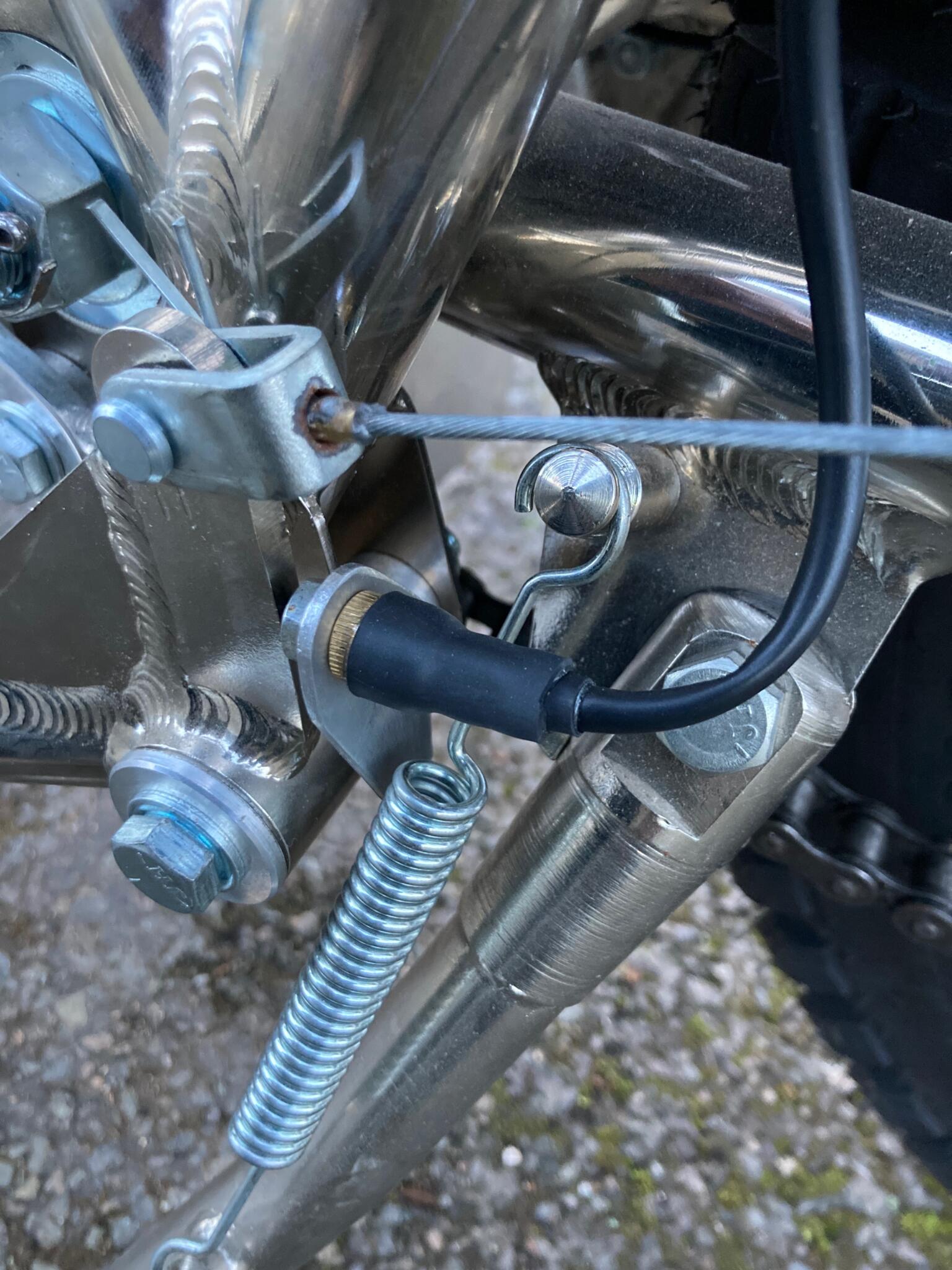 A race frame has no provision for road gubbins. This is the rear brake switch and bracket 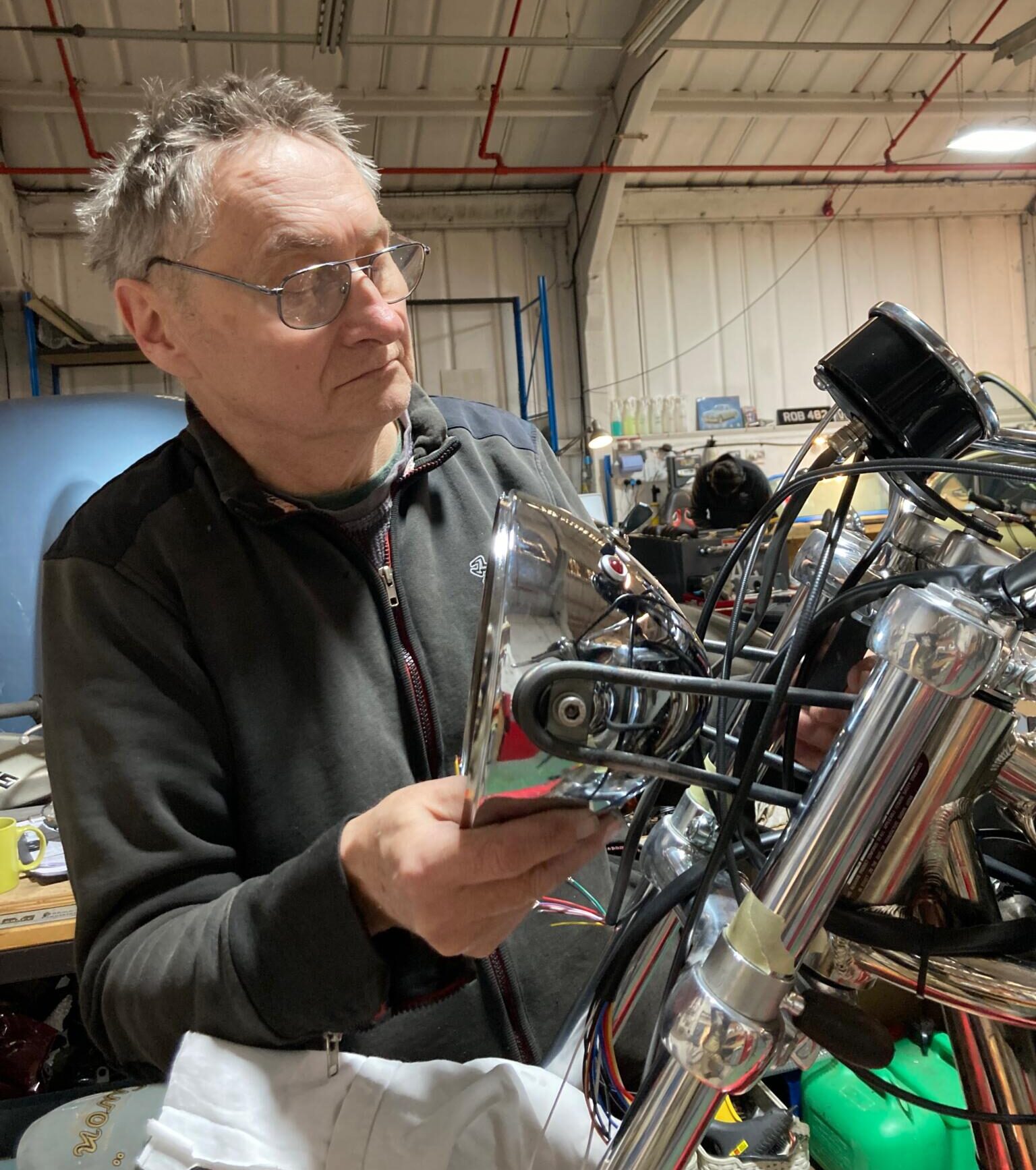 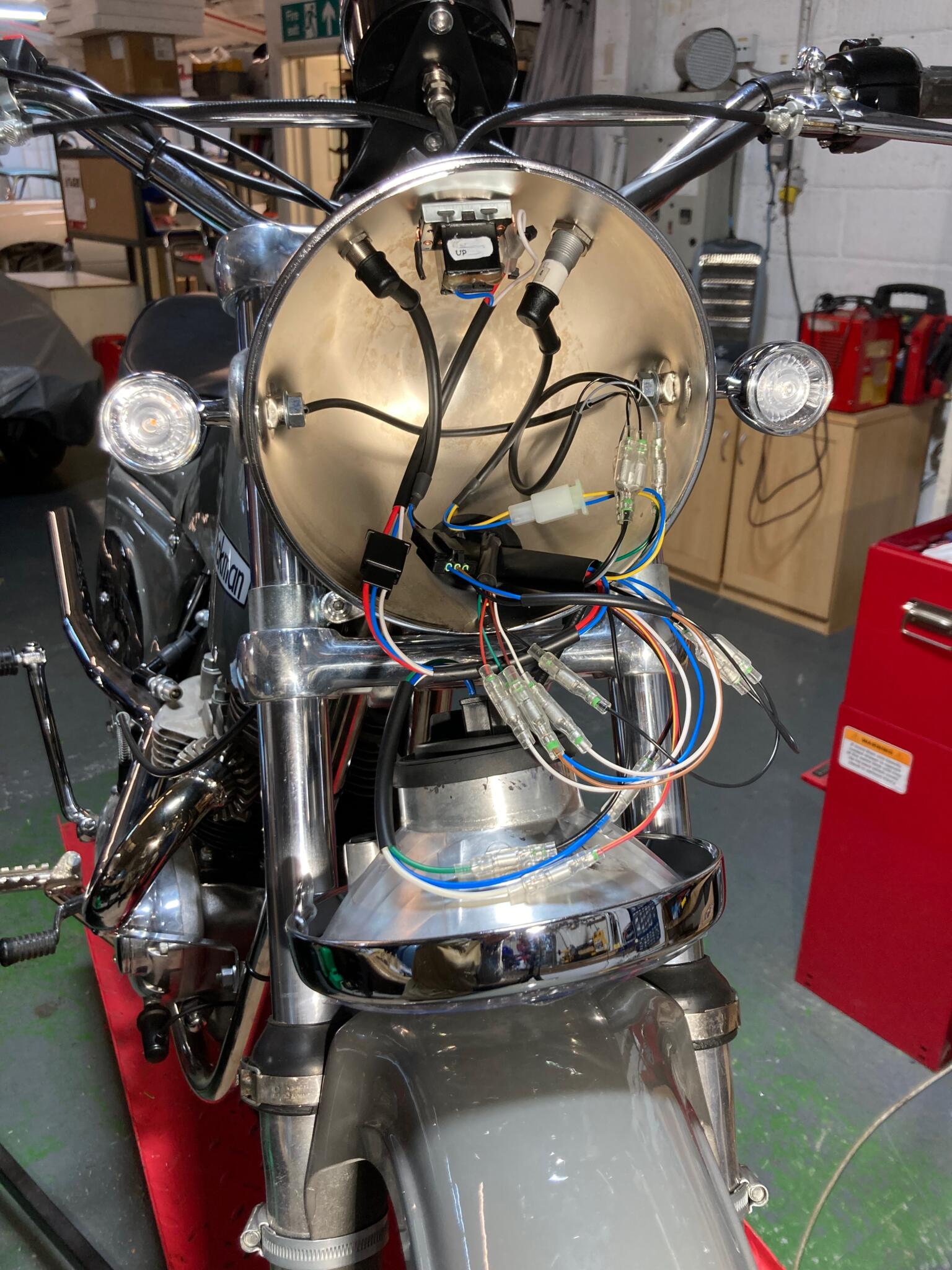 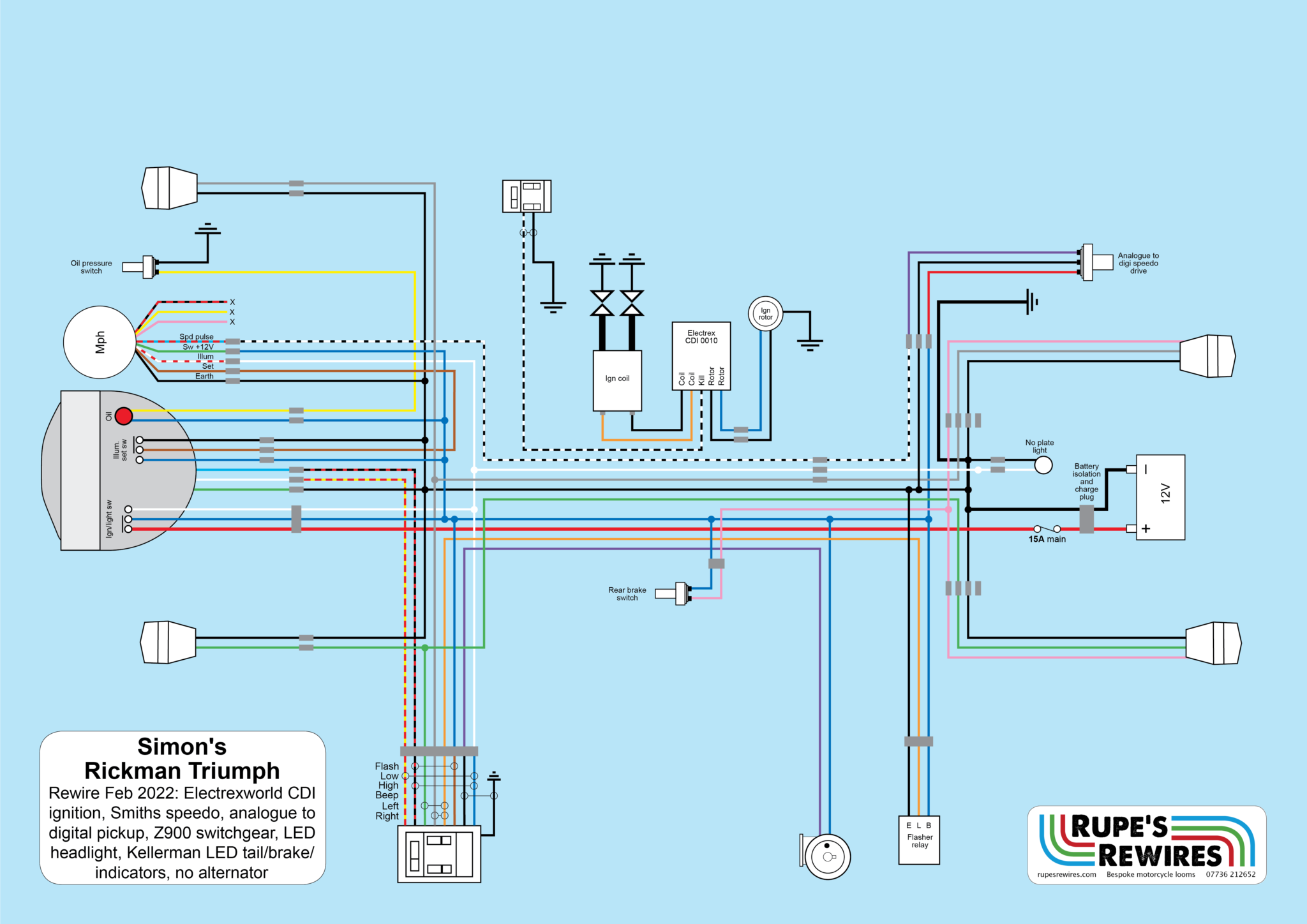 Like my Enfield 500 twin, this Rickman is a tribute bike. Simon restored it in memory of an old friend, who never got round to doing it himself.

The big issue with putting a Metisse on the road is that it was originally designed as a dirt racer. So there’s no provision for mounting any lights, speedo, regulator rectifier, or even a battery. The nickel-plated frame is a thing of true beauty, but it only has eight tabs, and four of them are for the airbox. (And, by the way, the bodywork is an absolute nightmare to remove and replace.)

Fortunately Simon Martin, who used to run Simoto, offered to make the necessary brackets for the rear brake switch, horn, speedo and battery. This kind of work is slow and tricky, but you have to get it right if you want the bits to stay on for years rather than minutes. The battery sits on nylon clamps behind the gearbox and in front of the swing arm. The rear brake switch is from a Piaggio scooter, mounted on a bracket bolted to the brake pedal mounting.

The headlight bracket is a minor masterpiece, using Simon’s trademark wire-and-tab construction. Owner Simon will organise the plating at a later date. The shell itself houses a main switch, an oil pressure light and a setup button for the speedo. It took a while getting their positions right, so that they look correctly spaced on the outside, and don’t foul the headlamp reflector inside.

I’d advised owner Simon to get a regulator rectifier, but that was before I fished the alternator cover off and discovered… no alternator! It just had one of Electrexworld‘s race ignitions. We discussed the options: either get a stator kit and a whole new ignition, or run LED everything and charge the battery every so often.

Simon decided it was not going to be a long distance bike, so he opted to keep the existing ignition. The biggest current draw, the H4 headlight, was replaced by an LED from Goffy Electrical. Like the Kellerman indicators (from Digital Speedos – who else?) it’s startlingly bright.

In all it’s a lot of work for an apparently simple bike, but it should be a practical, handsome runabout – and a fitting tribute to its former owner. 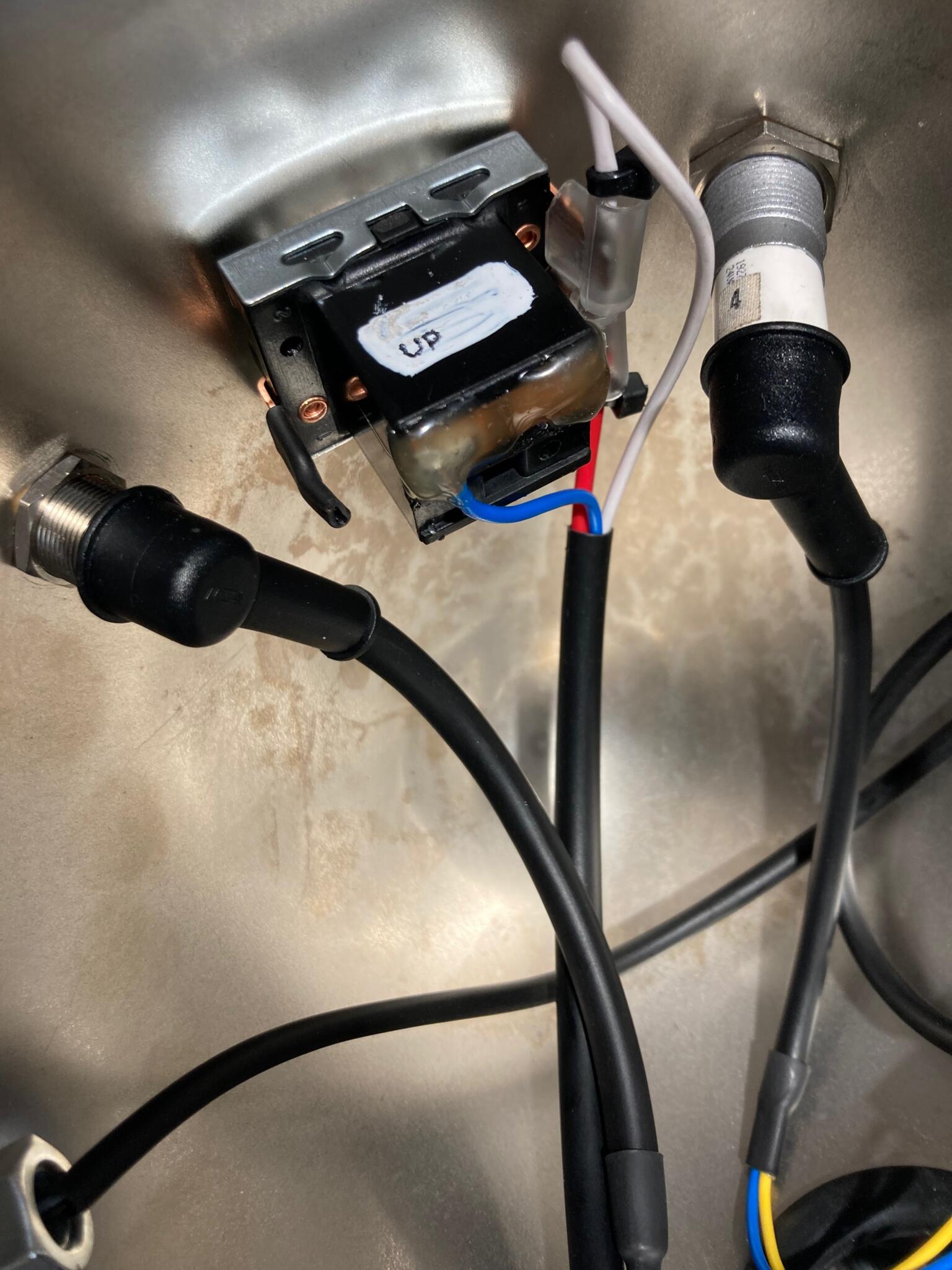 Brit headlamp shells have lights and switches projecting inside, normally without any insulation. I used a mix of rubber boots, heat shrink and hot glue 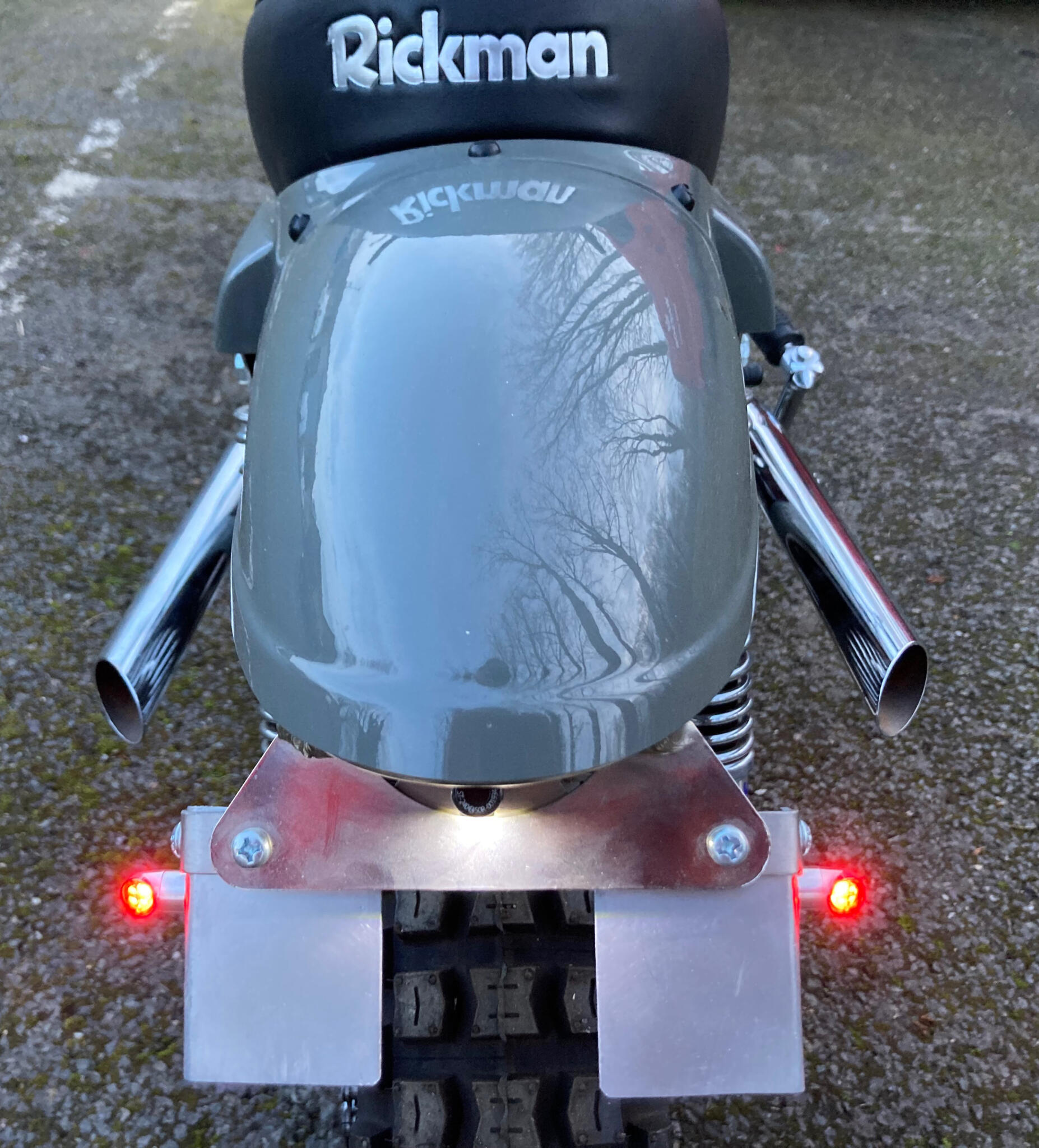 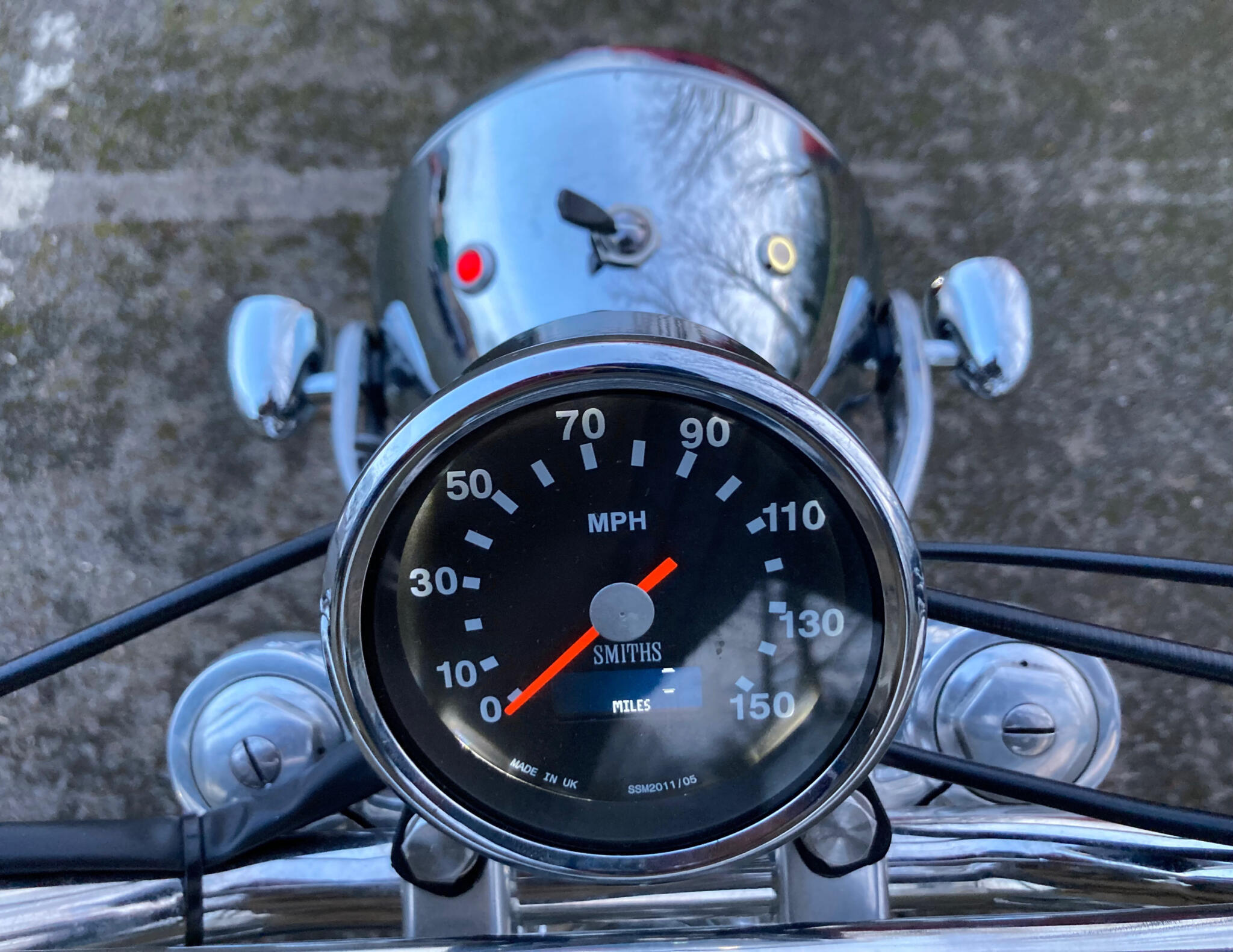 Smiths electronic retro speedo, with oil light and setup button in the background 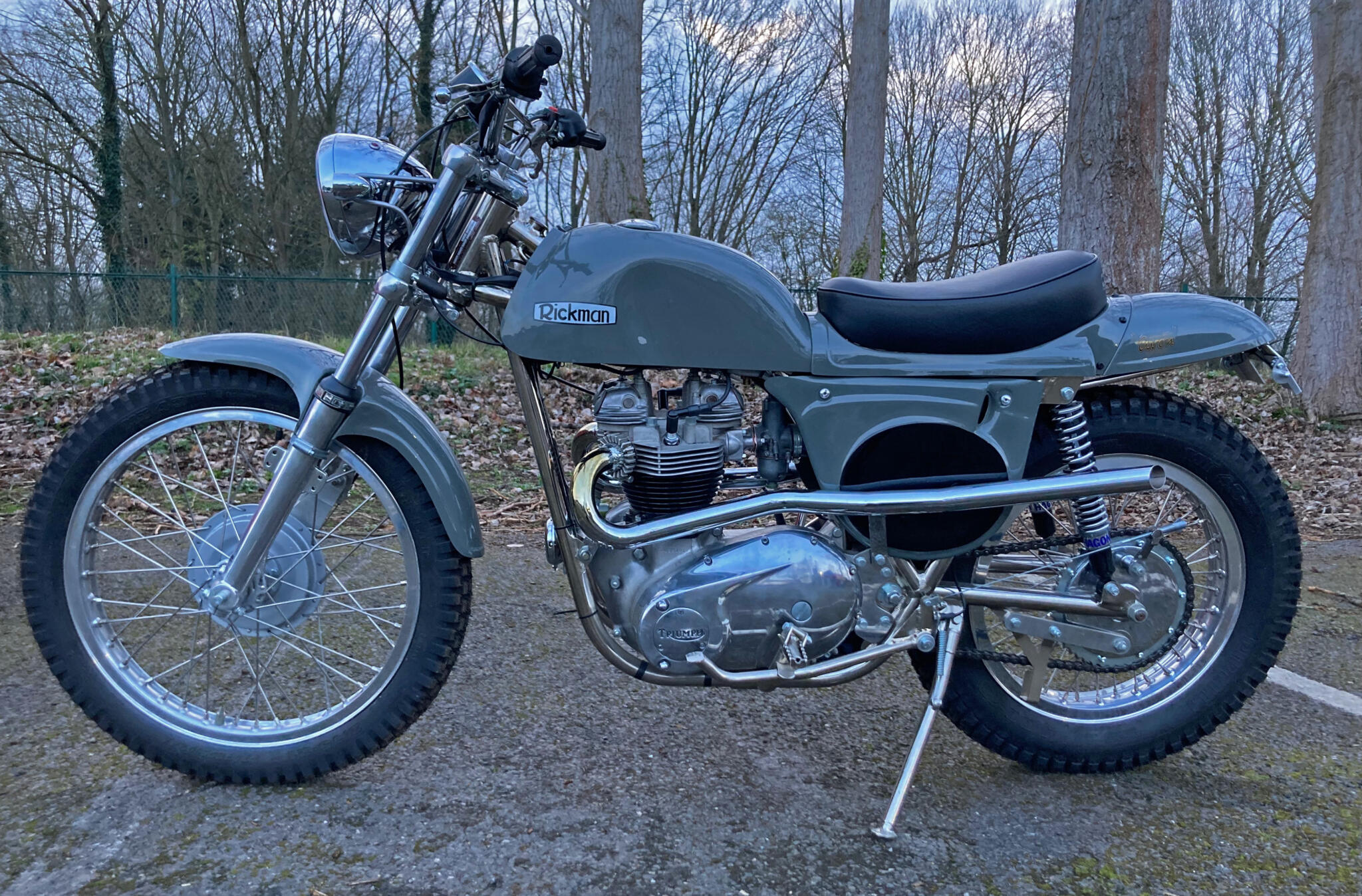 The colour was cool in the 1960s, and has come right back into fashion again