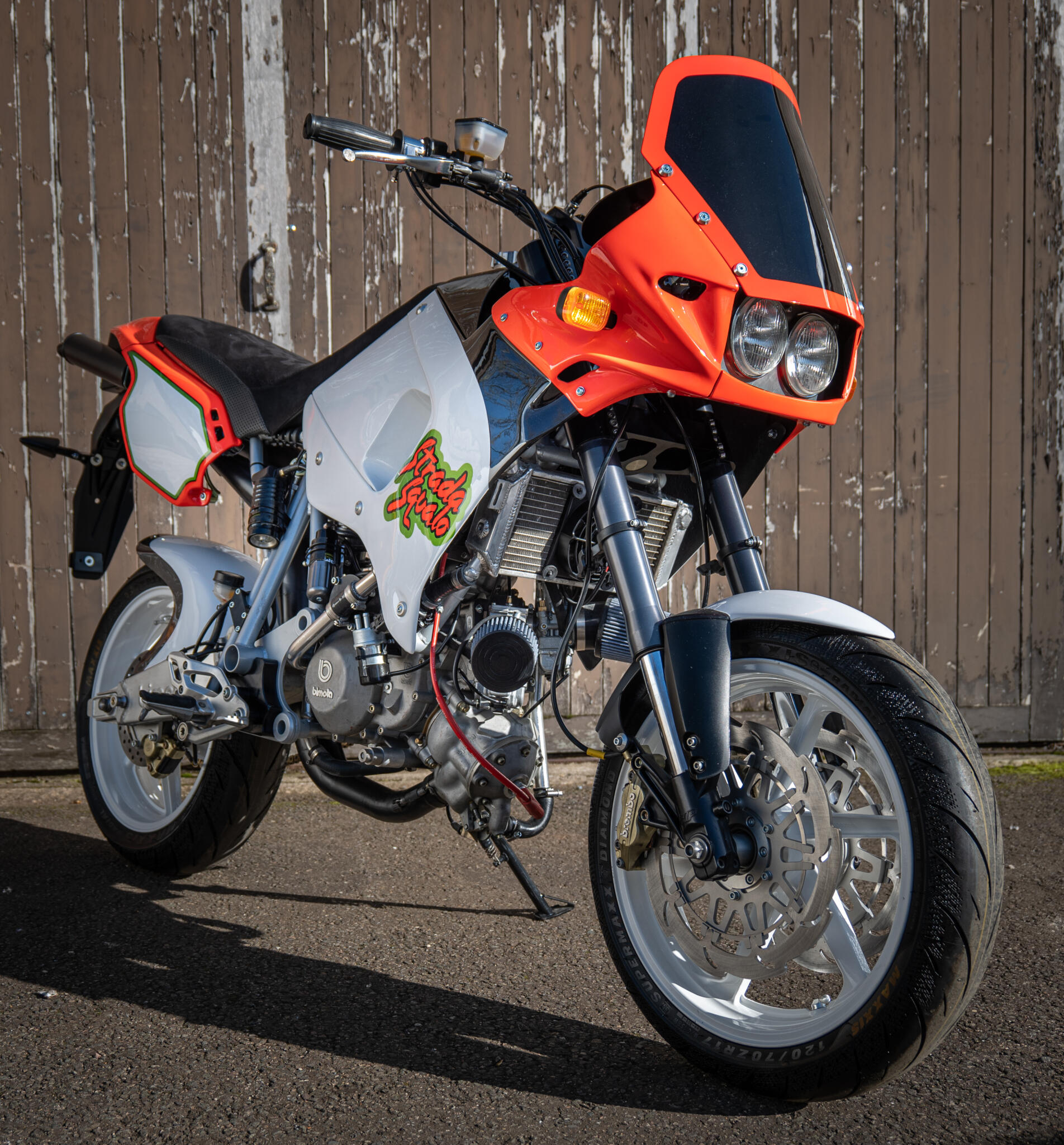 The bike, almost finished here, is a 100bhp version of the Cagiva Super City 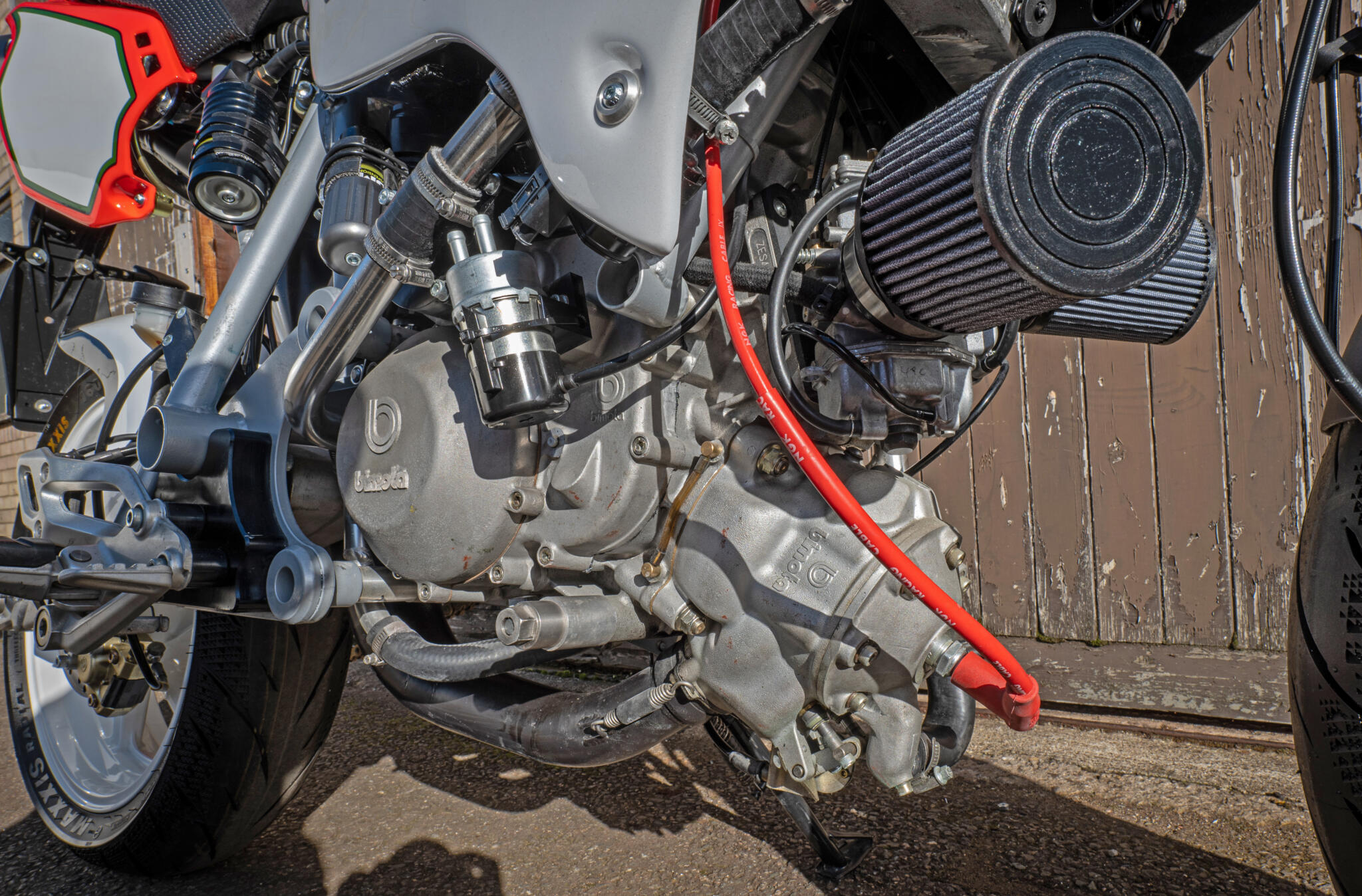 The fabled Bimota 500cc V-twin two stroke, converted to carbs so that it actually runs properly 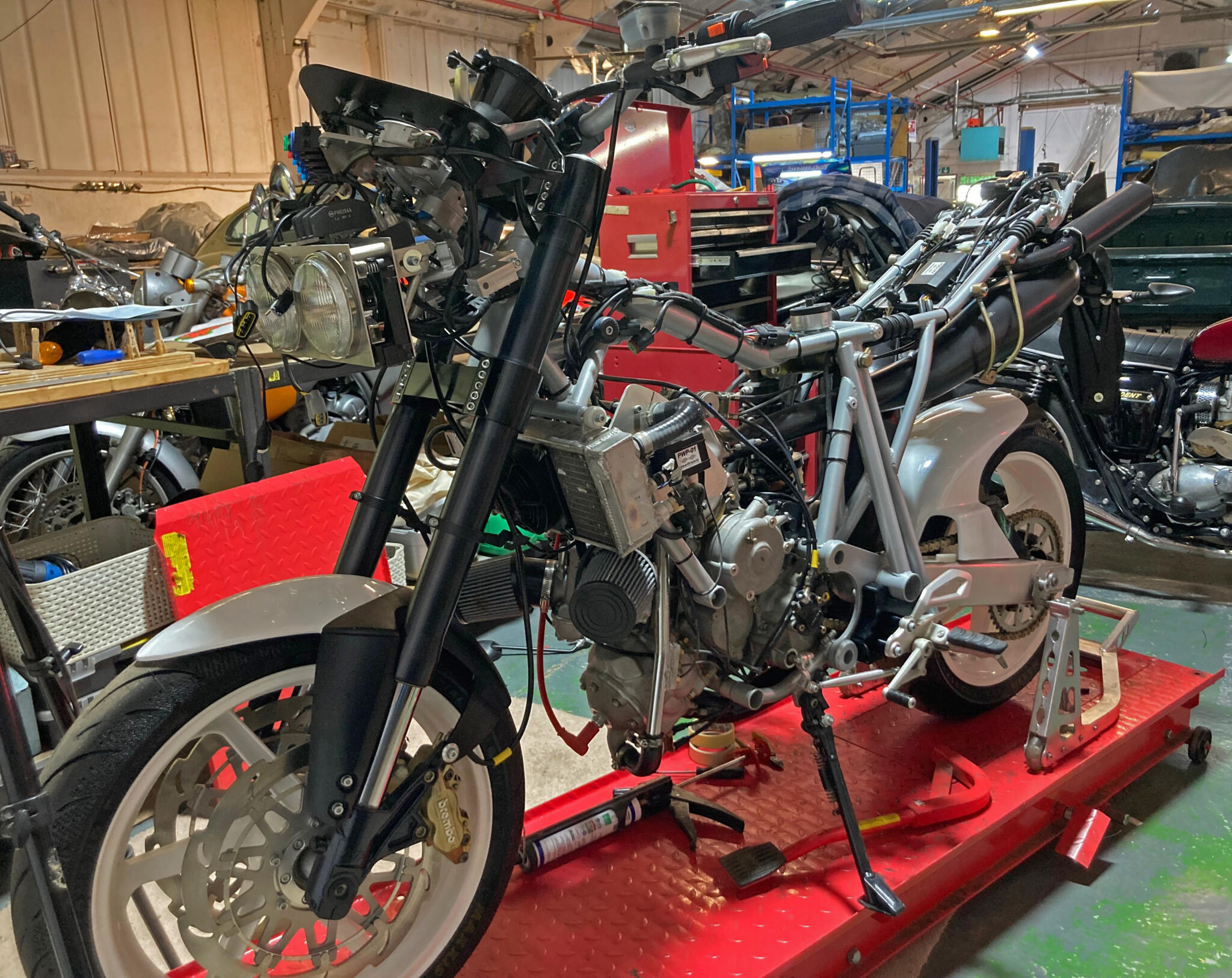 Here it is on the bench. The frame is really tall to get the sheer size and height Gavin is after 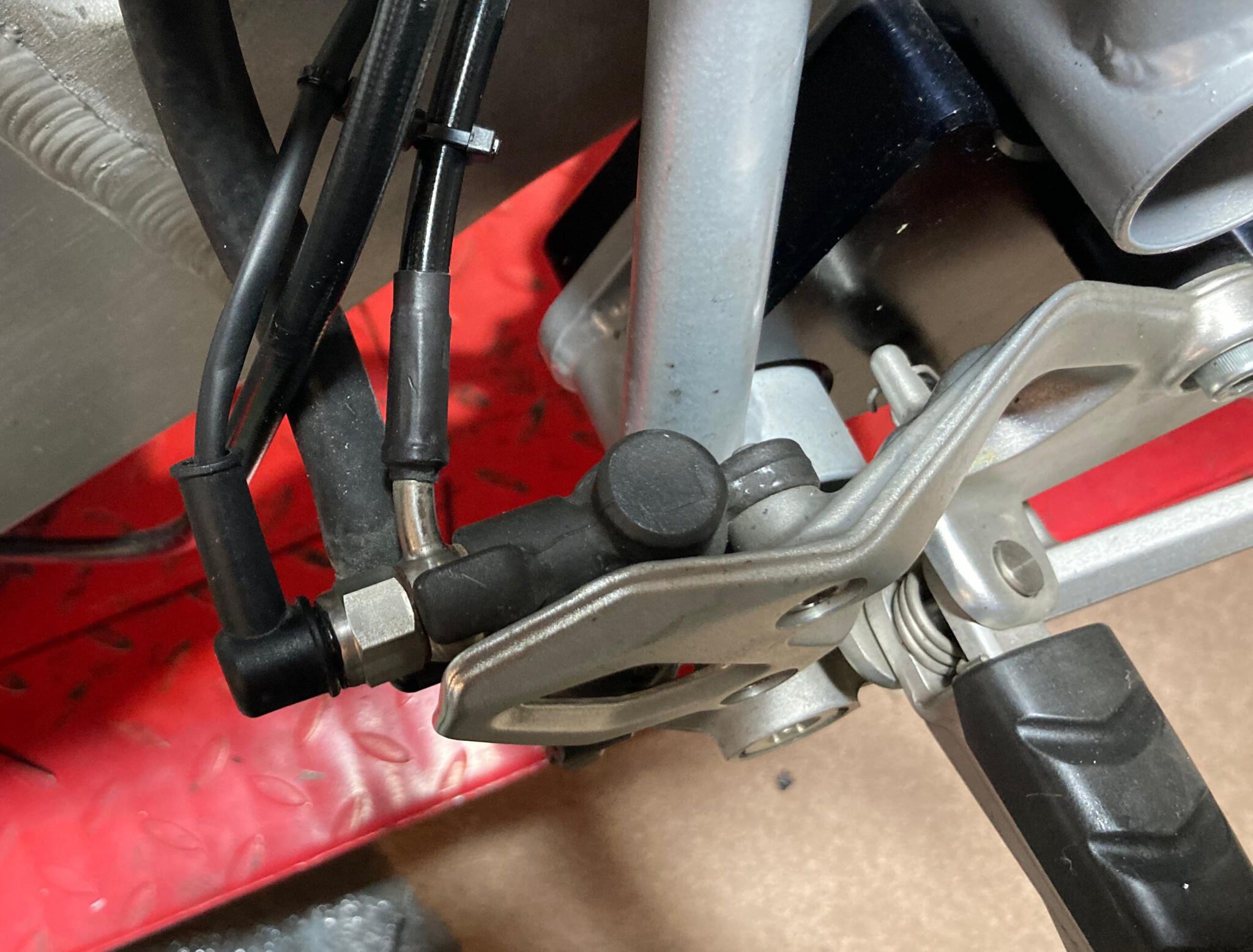 This is the best way I’ve found to neaten the wires from a hydraulic brake switch: glue a small battery terminal over it with CT1 or Tiger Seal

This is the third time Gavin’s incredible Bimota/Cagiva thing has graced my workshop. Only this time we don’t have to call it a thing, because Gavin has named it the Strada Squalo (Street Shark).

The first time it arrived it was just to get the engine running for the guy in Germany who (it is said) makes all the V-Dues work properly. Mainly by dumping the original fuel injection and reverting to carbs. The result is still pretty complex, at least on this bike: Zeeltronic ignition and electric water pump; a fuel pump; and power valves. The bike also has electric start, and the dash is four separate components.

The second build added all the road gubbins. This time the bike was virtually finished, and Gavin needed a couple of repairs and modifications to take account of the latest spec. One snag: the battery had died. After much frowning I discovered that the Zeeltronic water pump driver was a vampire device, drawing enough current to flatten the battery in about 11 days.

We had been obliged to wire the pump controller so that it could work with the ignition switched off, because Gavin doesn’t know whether cooling is going to be a problem. His suggestion to prevent future flat batteries: fit a switch to cut the power when the bike is stored. With a new battery in place, all seemed well.

It’s easy to look at this bike and think it’s just like any other supermoto. But every single bit of it has had to be thought about, designed, built and tested. The fuel tank, for instance, is unbelievably complicated. So is the frame. And the bodywork (although a few pieces are based on Super City 125 components).

Alongside Guy Martin’s Martek Turbo and Simon Martin’s Simoto 500 single, this is the most amazing bike I’ve worked on. 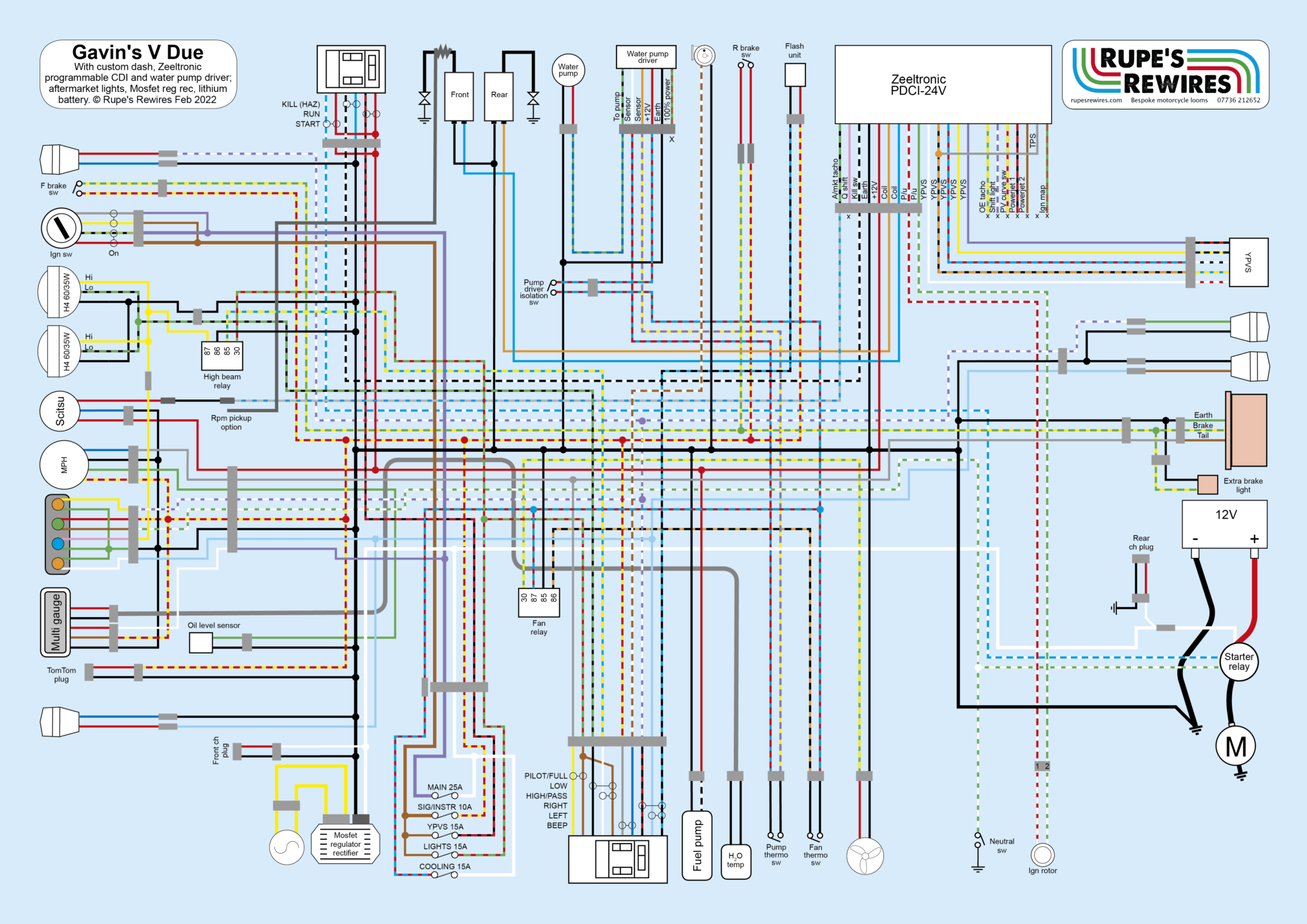 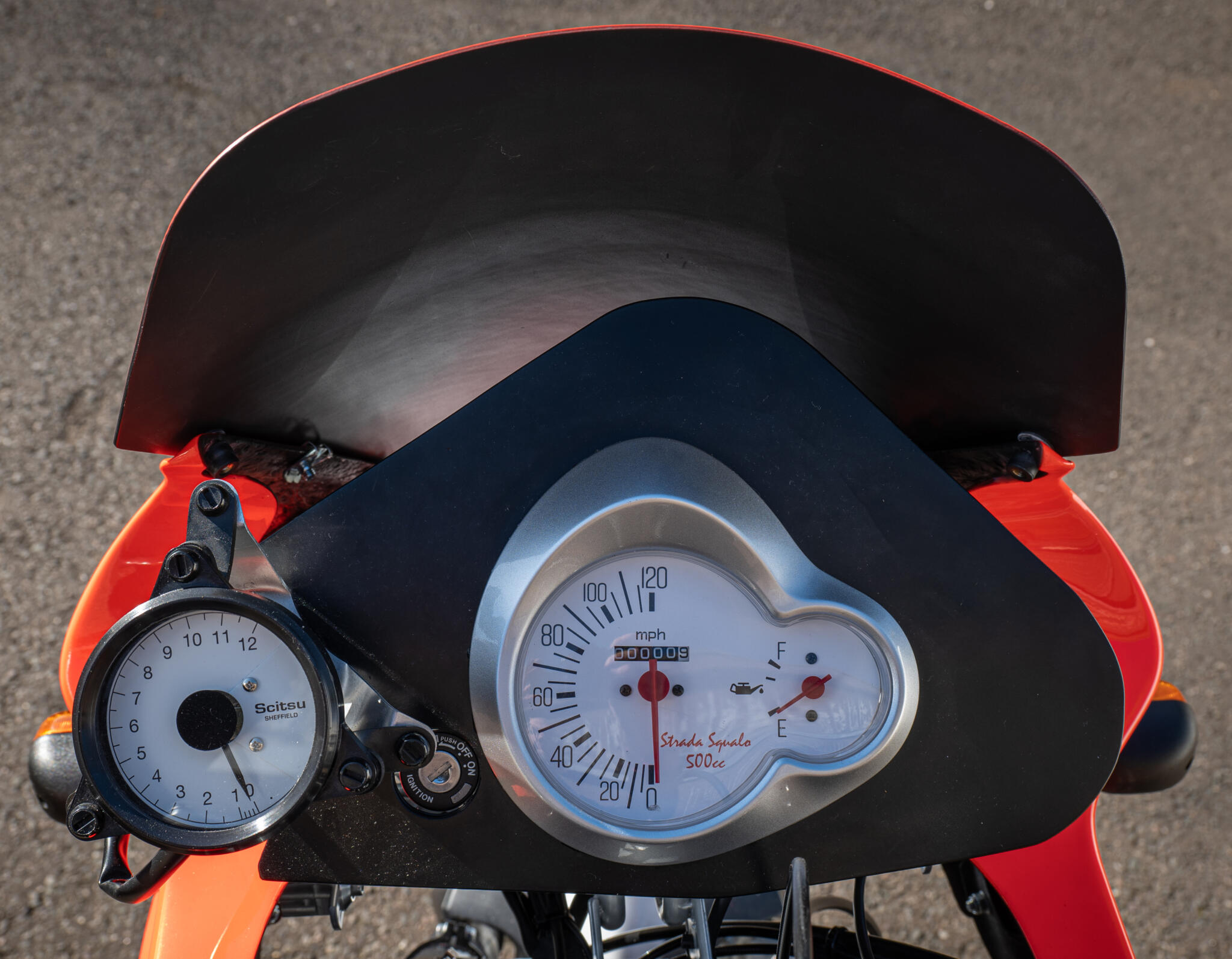 Dash is restyled from a Yamaha scooter. Warning lights and temp gauge are tba 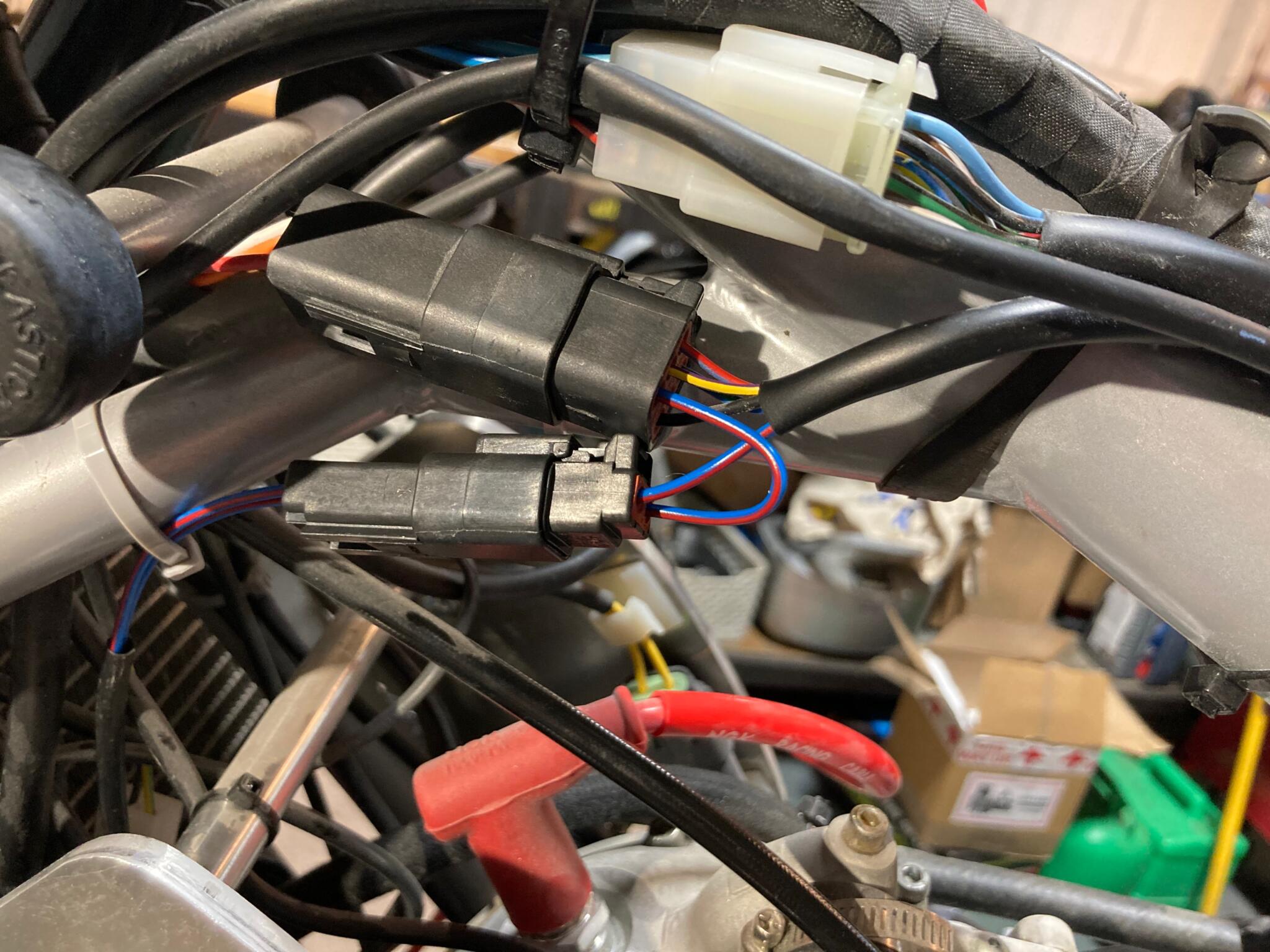 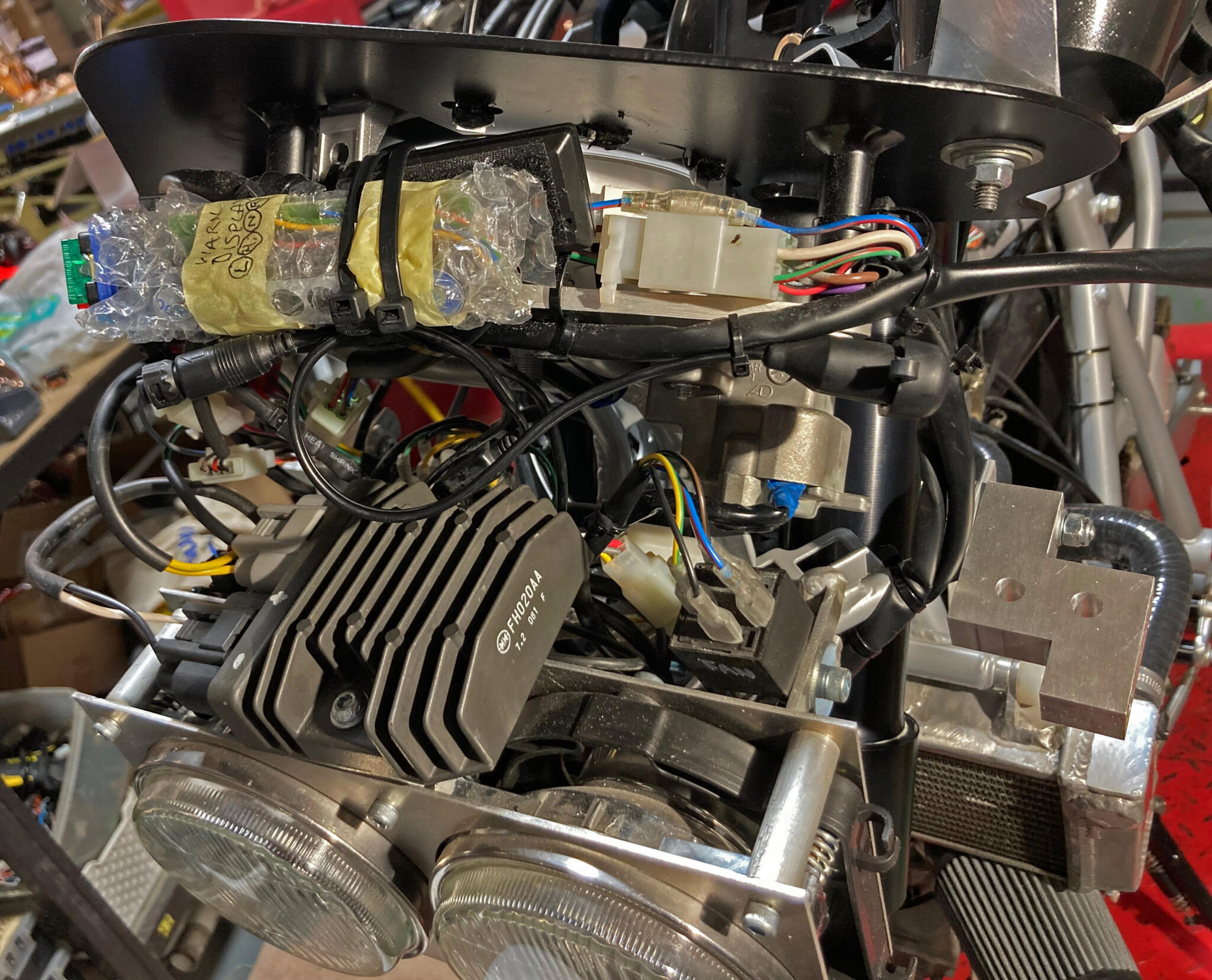 Bubble wrap protects the warning lights which are wired in, but not yet actually installed on the dash 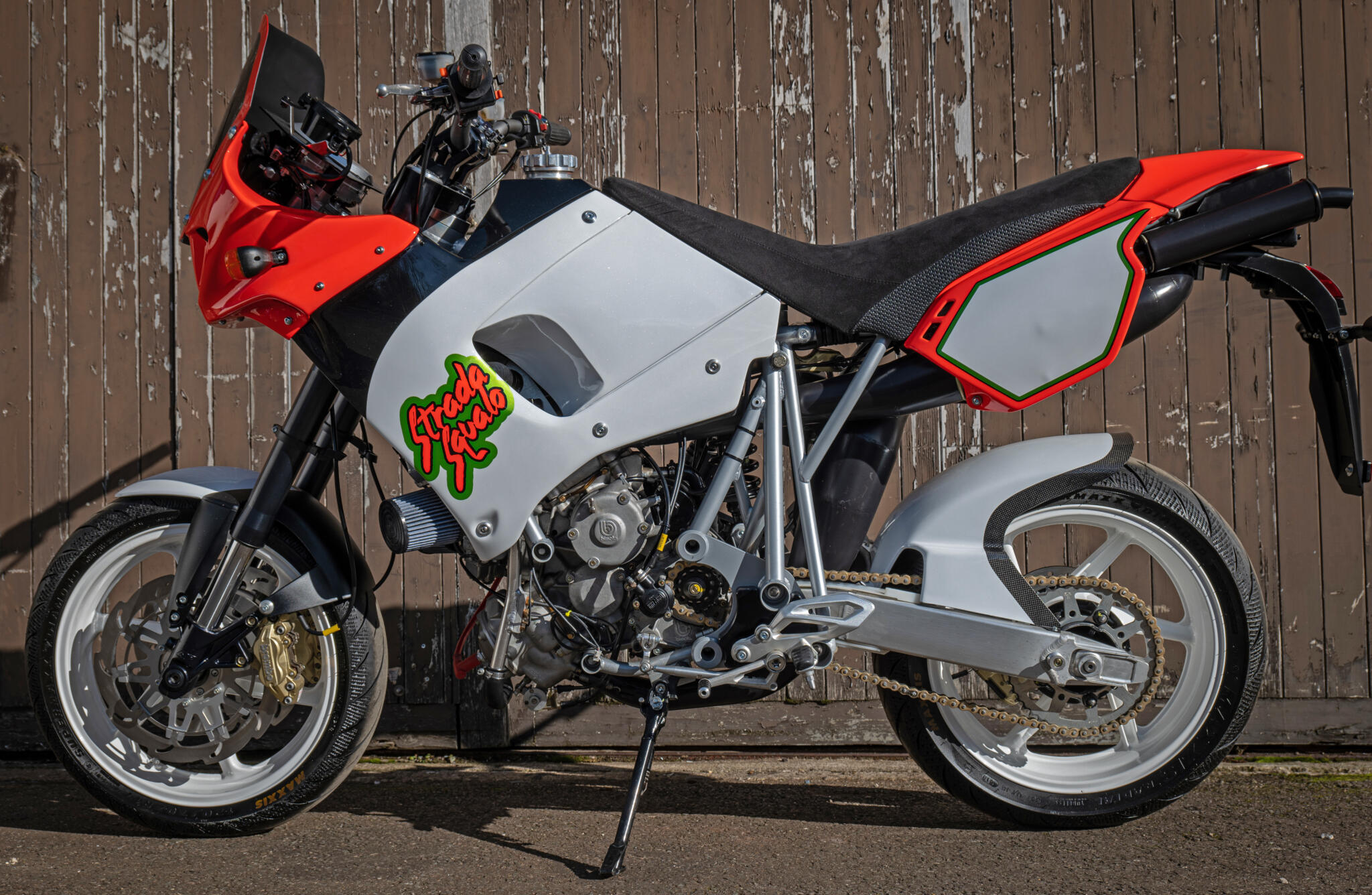