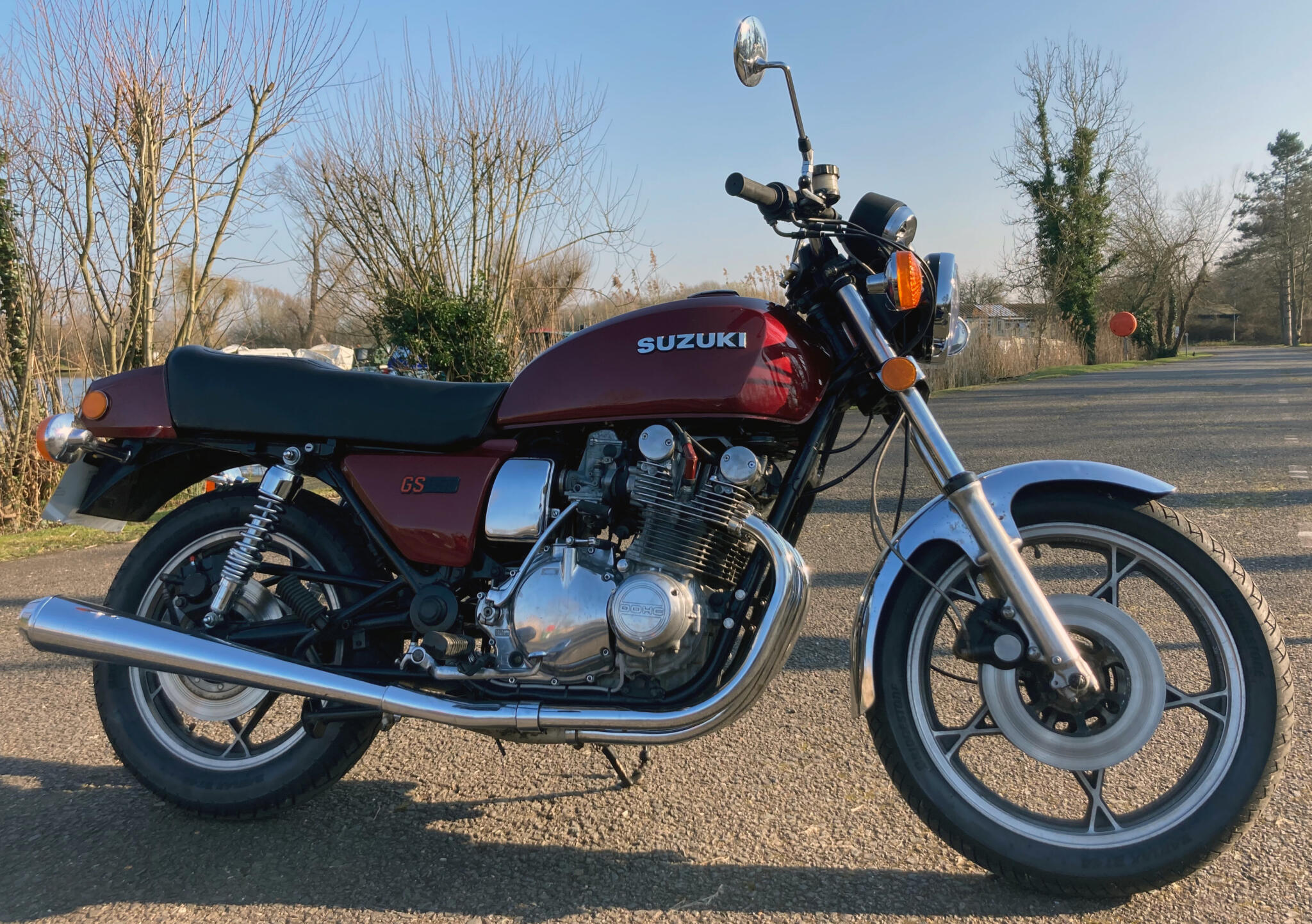 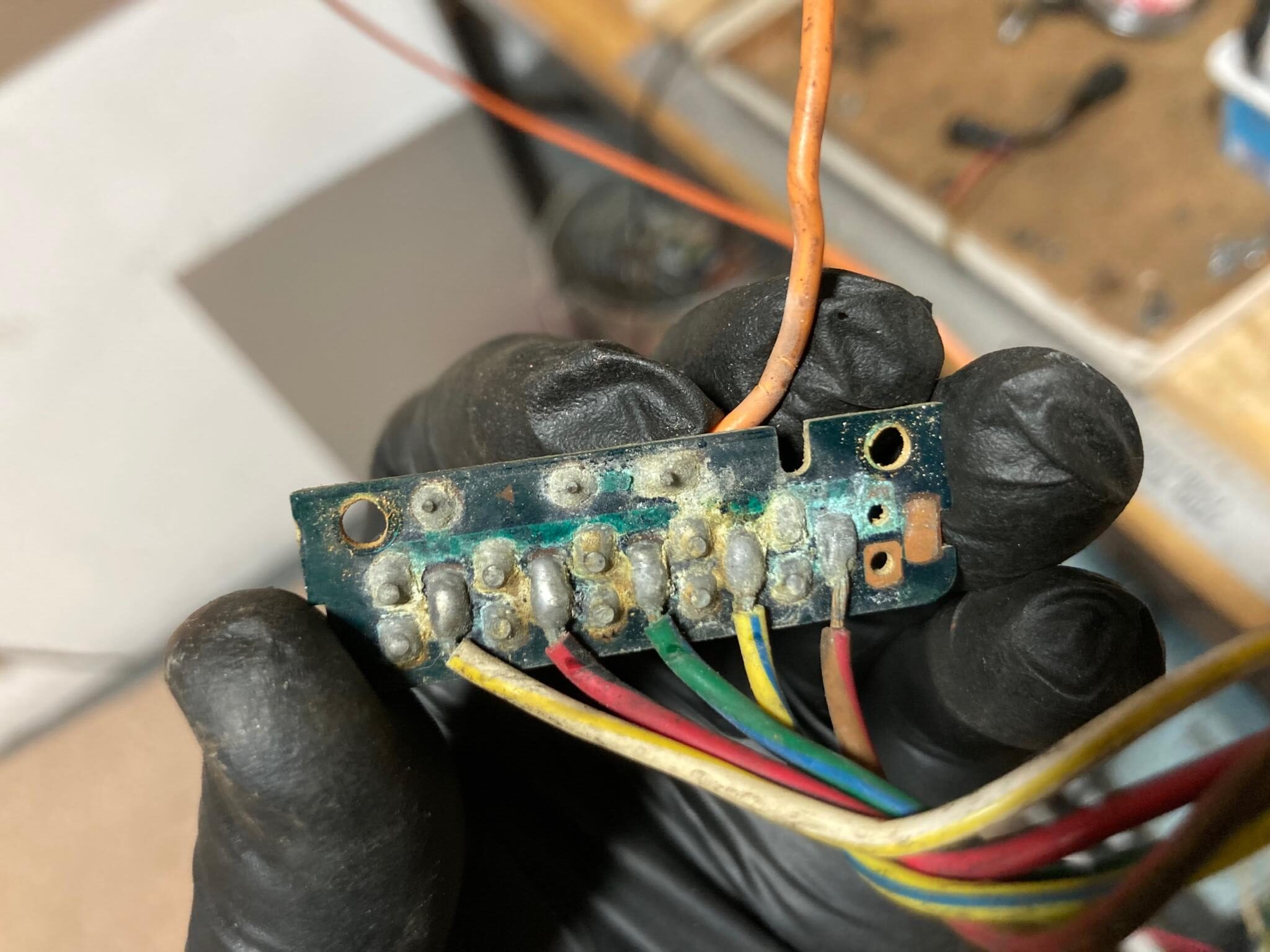 But after 40 years corrosion had set in. This is the gear position indicator circuit board 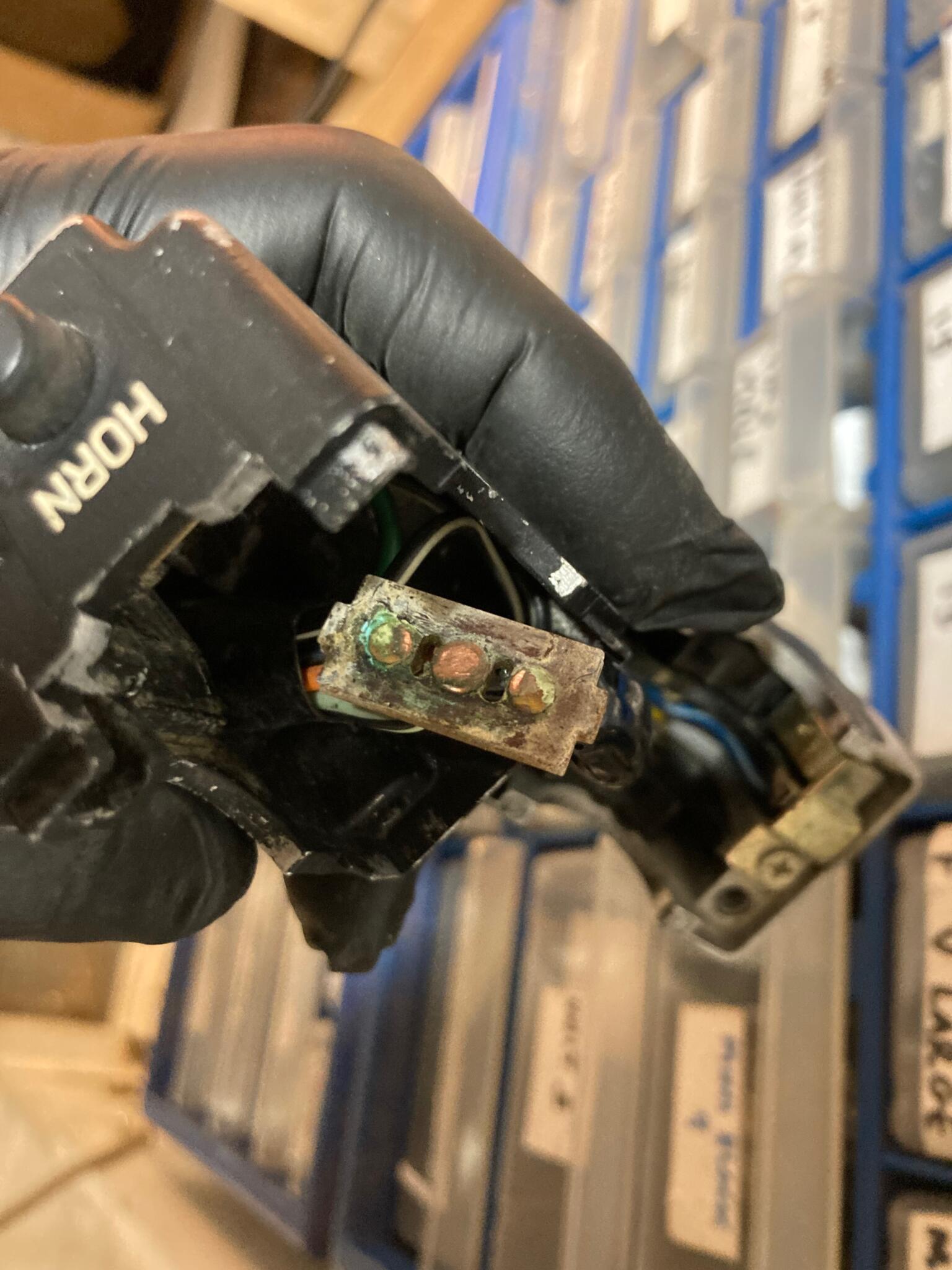 And this is the indicator switch. Amazing it still worked really 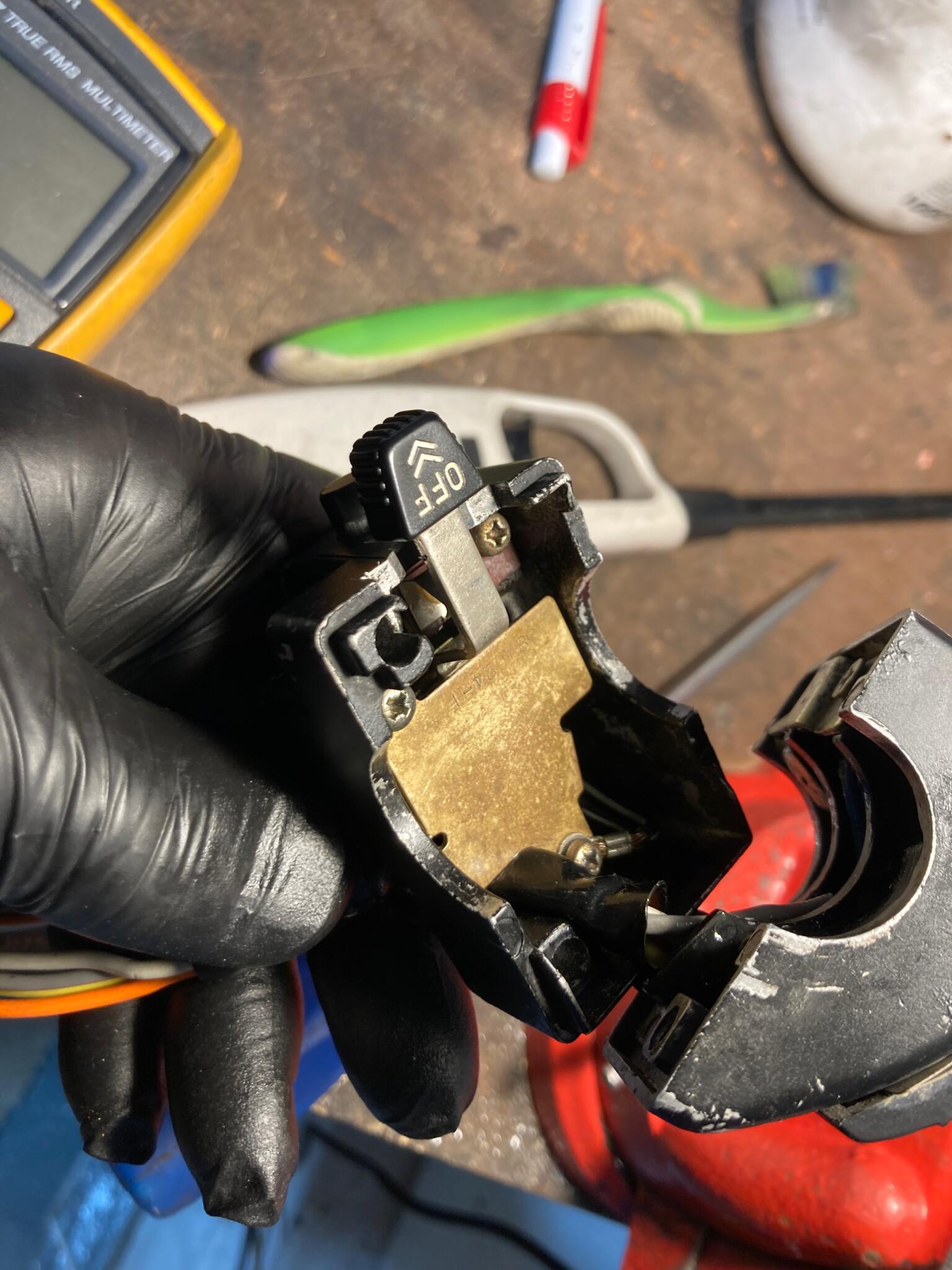 The same switch after ultrasonic cleaning and rebuilding 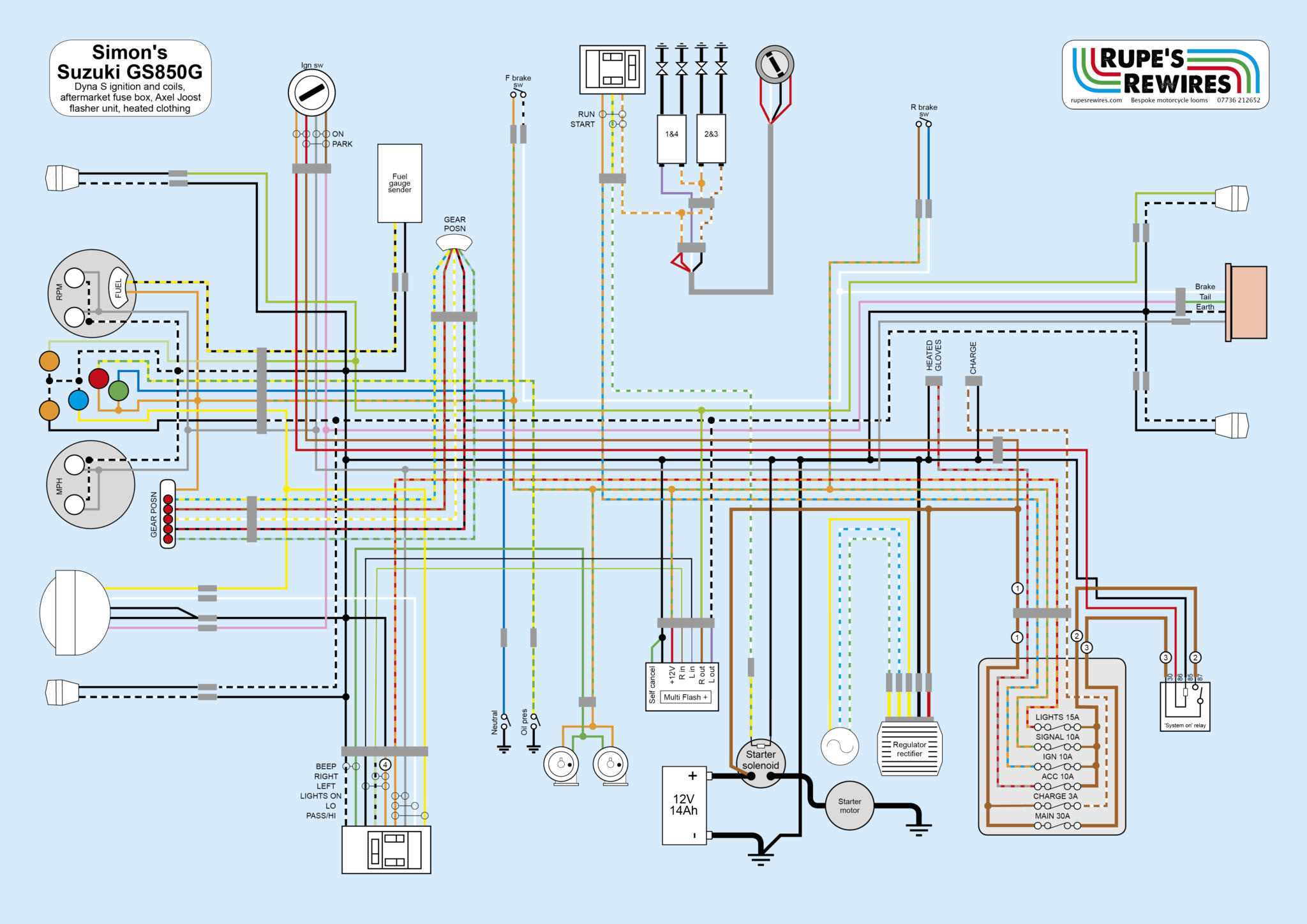 Simon owns a modern bike, but likes the idea of something from the 1970s, the time when he was cutting his biking teeth. He took the GS on as a rolling project. It’s actually in pretty good shape, but the wiring was knackered.

He took the opportunity to get Dyna S ignition (never a bad idea), and an ElectrexWorld regulator rectifier. But Suzukis from this period also came with a complicated analogue self-cancelling indicator system. It doesn’t work too well, though it’s easy to delete – but it uses momentary switching at the handlebar, rather than the more usual permanent switch. This means we needed a fancy flasher unit, to convert a blip signal into a continuous flash signal. Axel Joost do one called the Multi Flasher (from, as usual, the excellent Digital Speedos).

Simon also wanted to run heated clothing. A quick calculation suggested this might overload the ignition switch wires, so I organised a main relay near the fuse box to handle the necessary current. It also makes sense to incorporate the battery charging plug into the loom. That way the only leads on the battery are the big, fat ones.

Simon popped in while I was testing the finished loom, and was startled by how bright the warning lights on the dash were. That’s what happens when you use new wires! All it needs now is a quick service and it’ll be ready for a trip to Sunny Hunny. 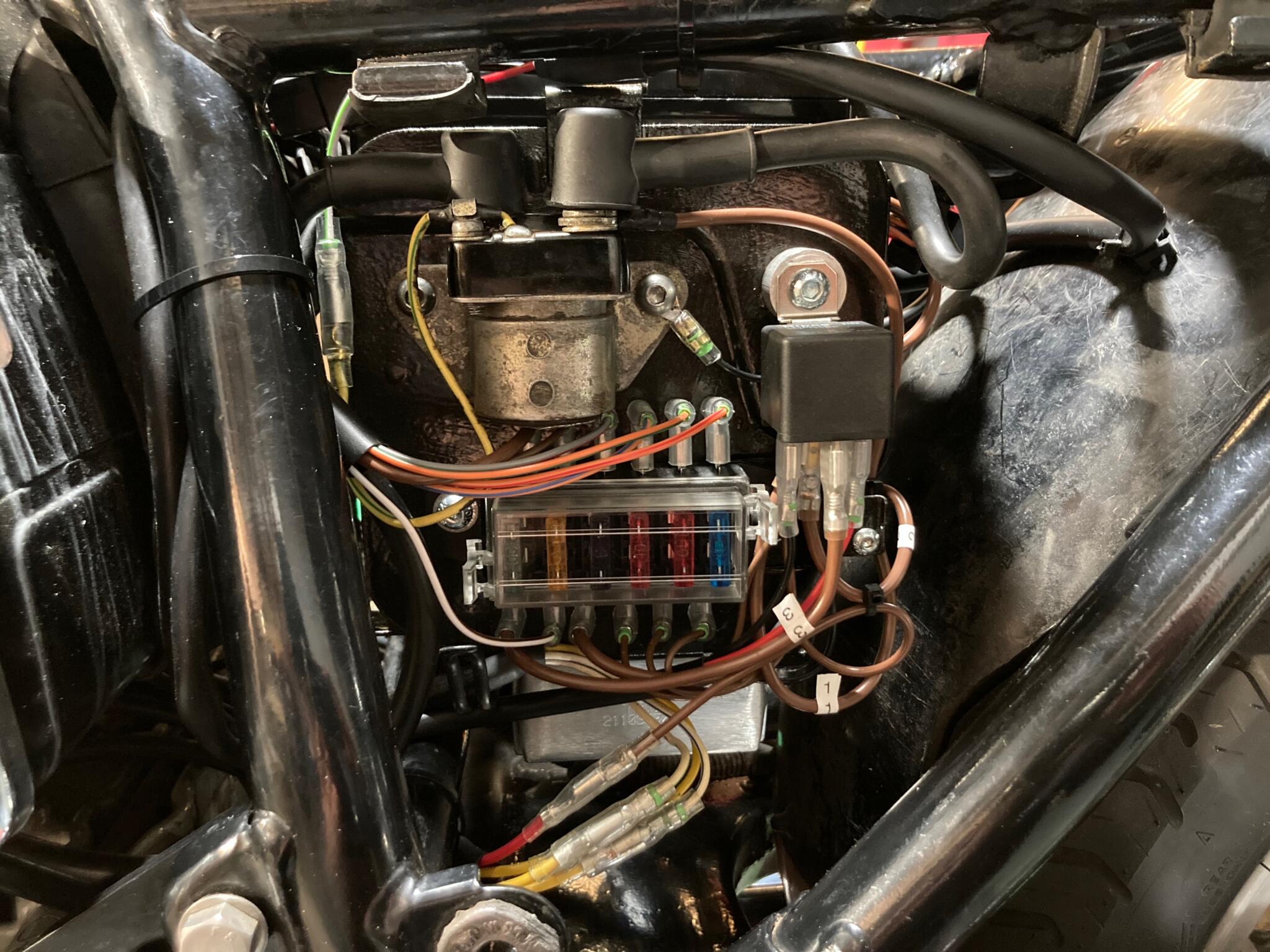 Simon wanted heated clothing and a charging plug, so we have six fuses and a main relay to handle the extra current 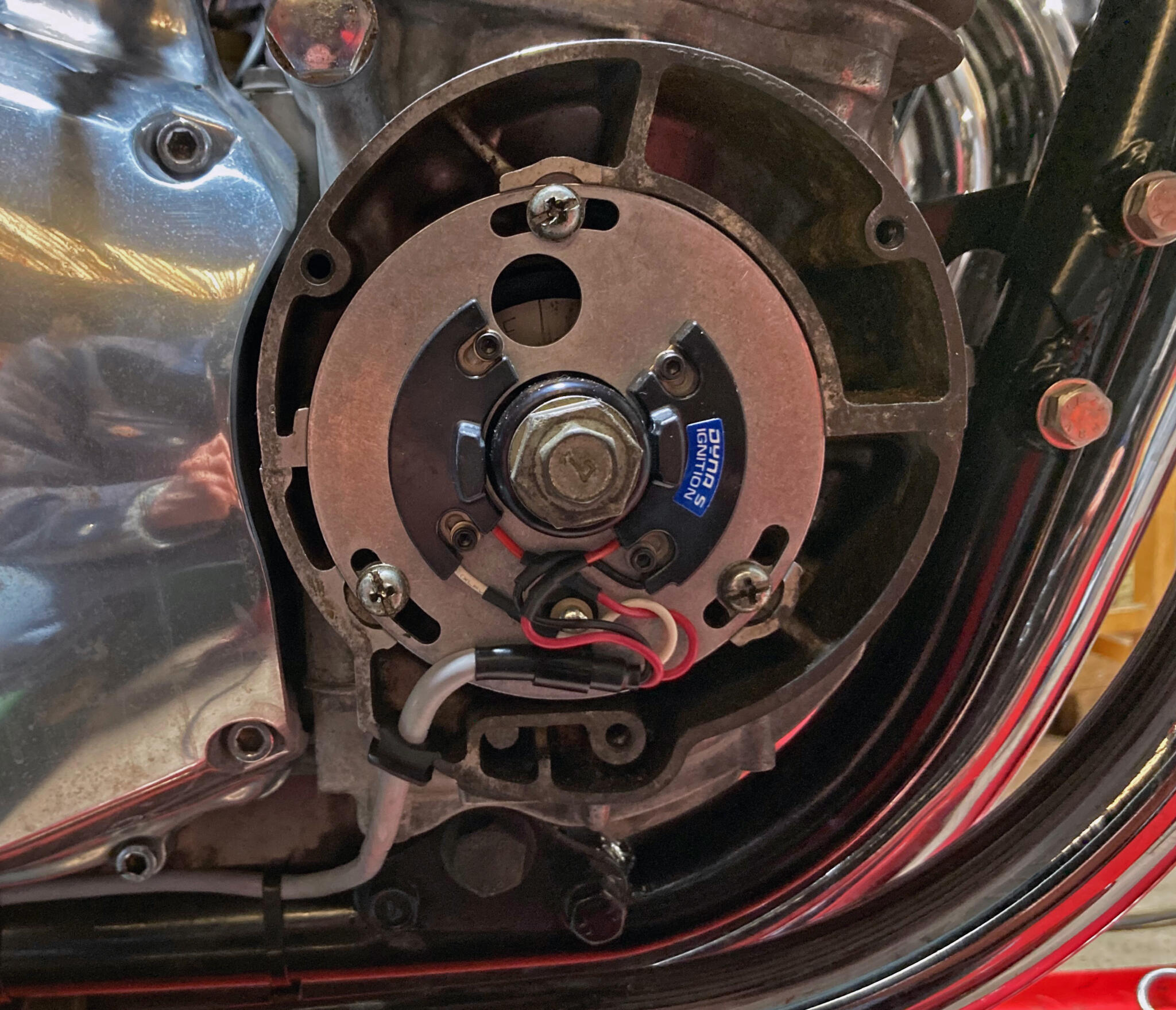 He also went for Dyna ignition, which is a no-brainer for any big 1970s Japanese four… 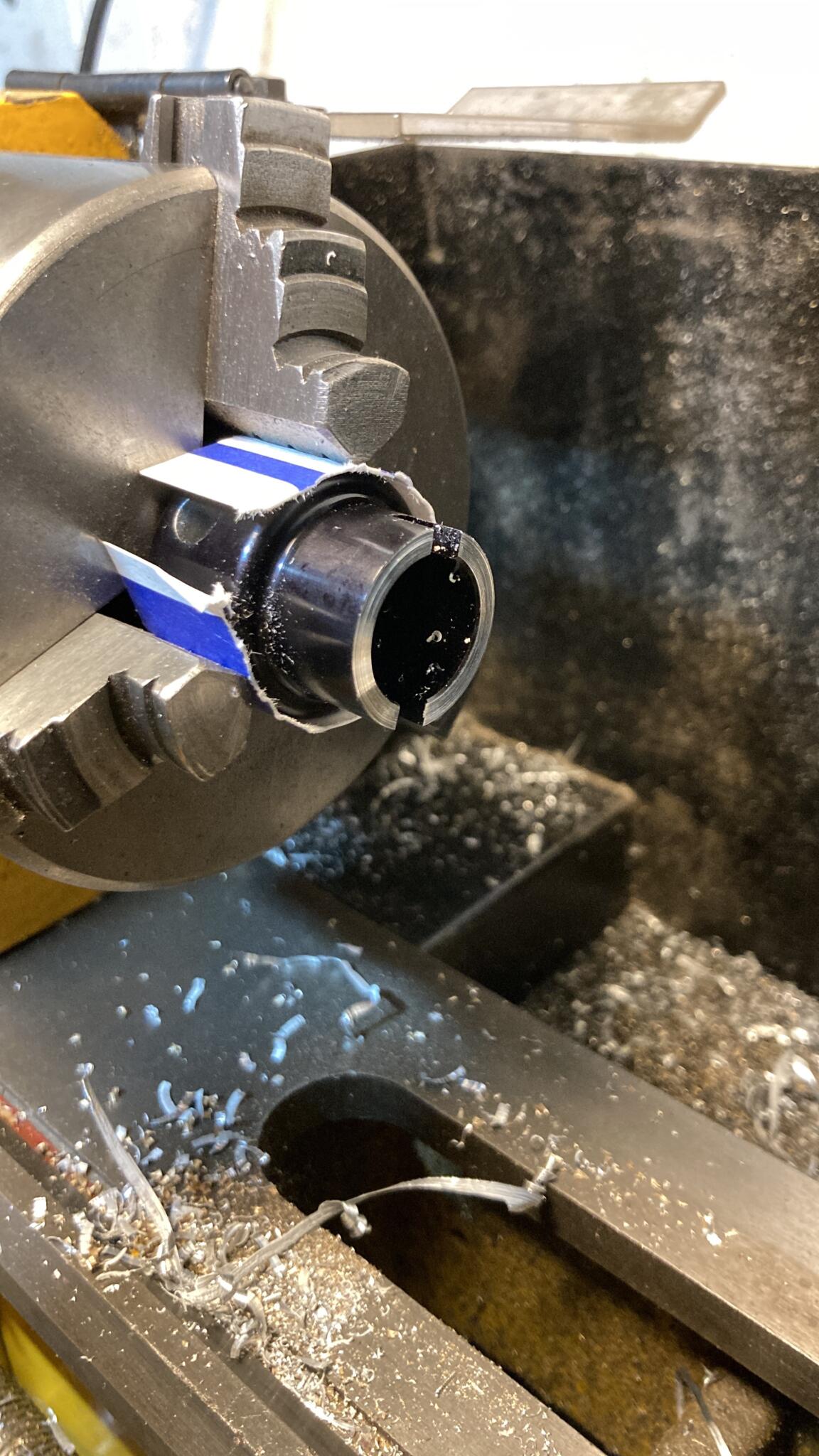 …even if this particular kit had the wrong trigger rotor. Rather than buy a new one I machined a millimetre off 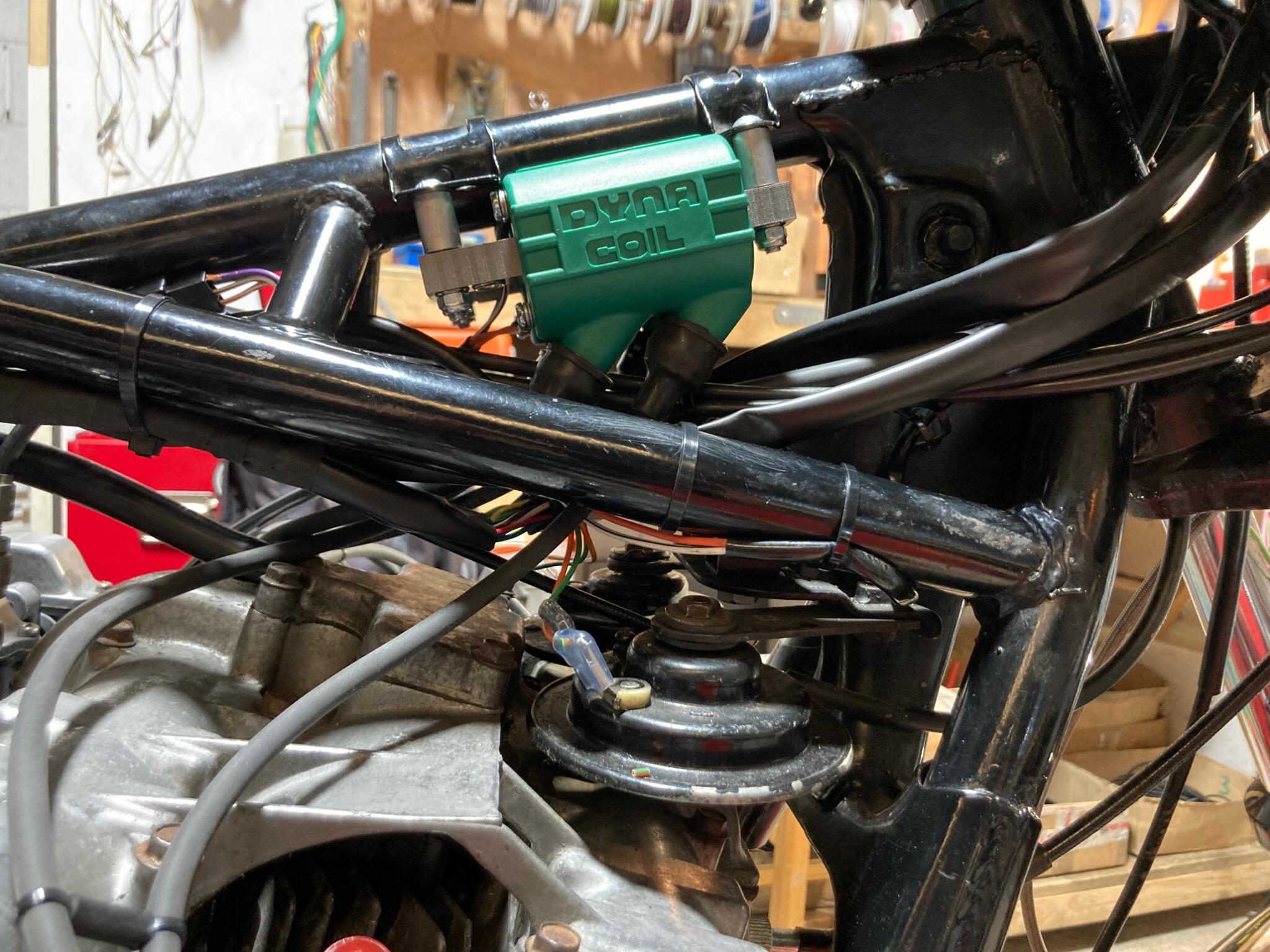 Dyna coils are a bit bulky, and the contacts can be very near the mounting screws. But they work really well