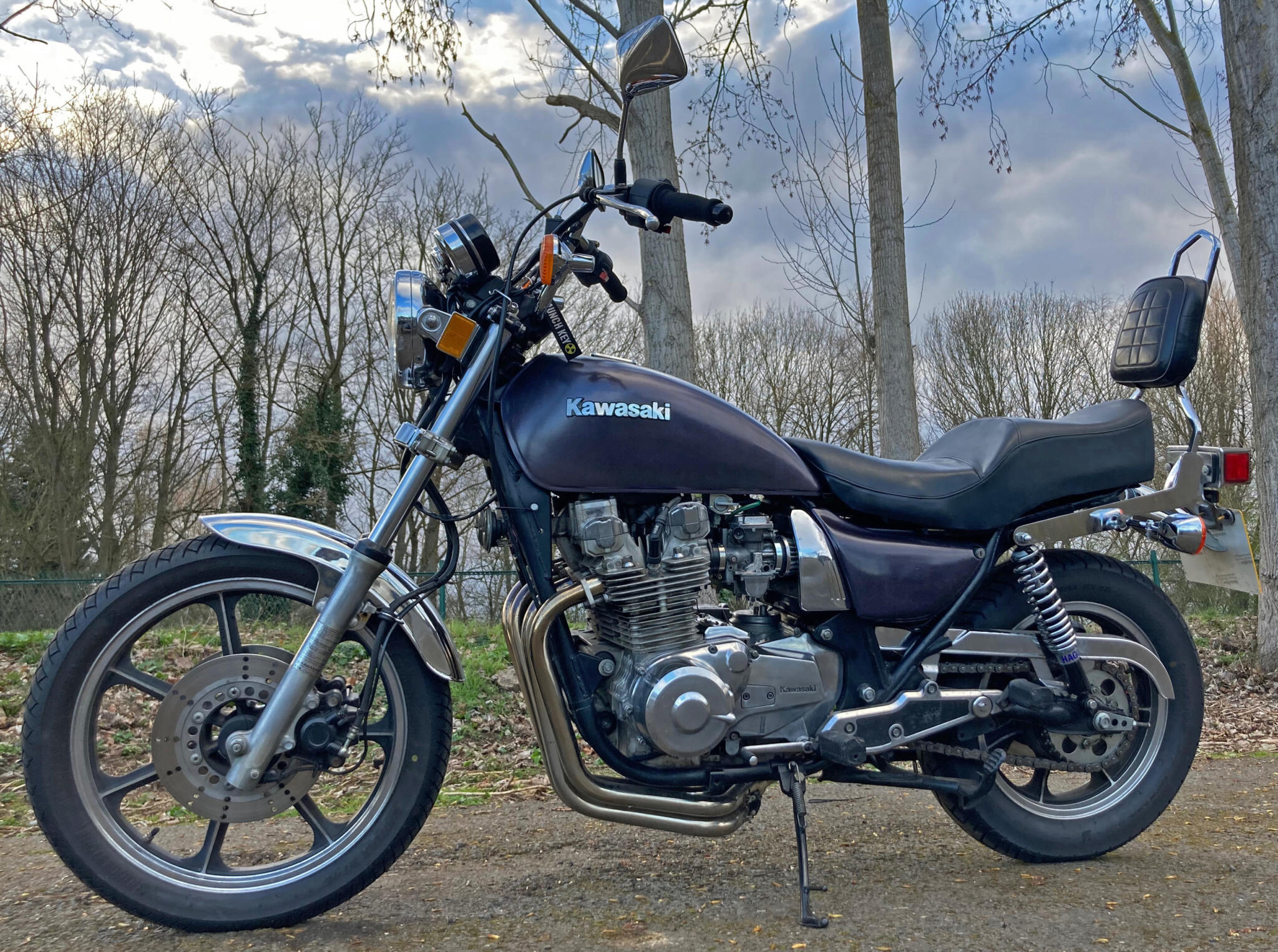 This is Jane’s continental tourer. Her words: ‘A big, comfy ol’ armchair’ 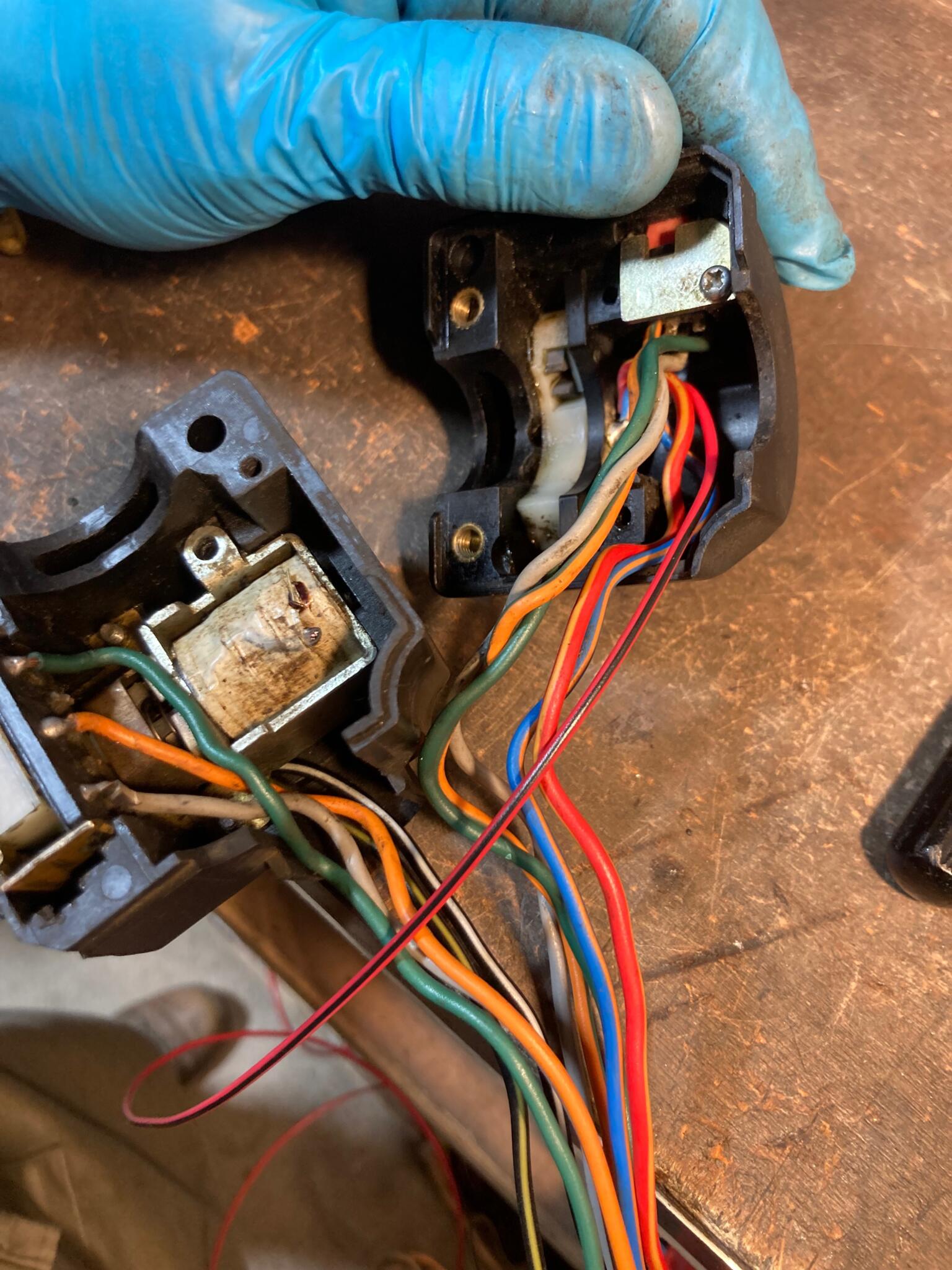 This is the super-complicated switch cluster, after I removed the superfluous wires 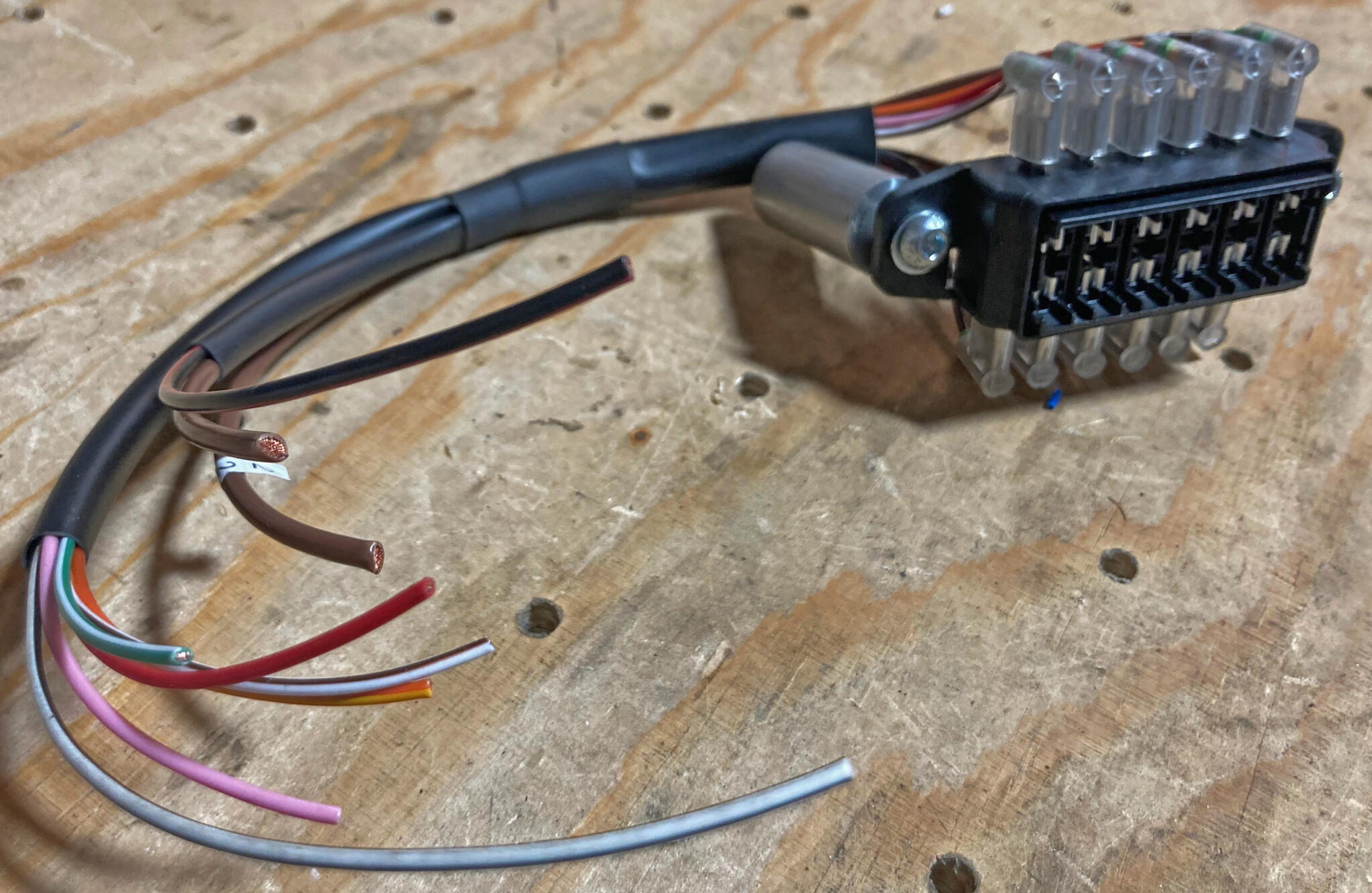 Jane wanted heated clothing, a sat nav, a battery charger and a USB port. So six fuses and some fat cable 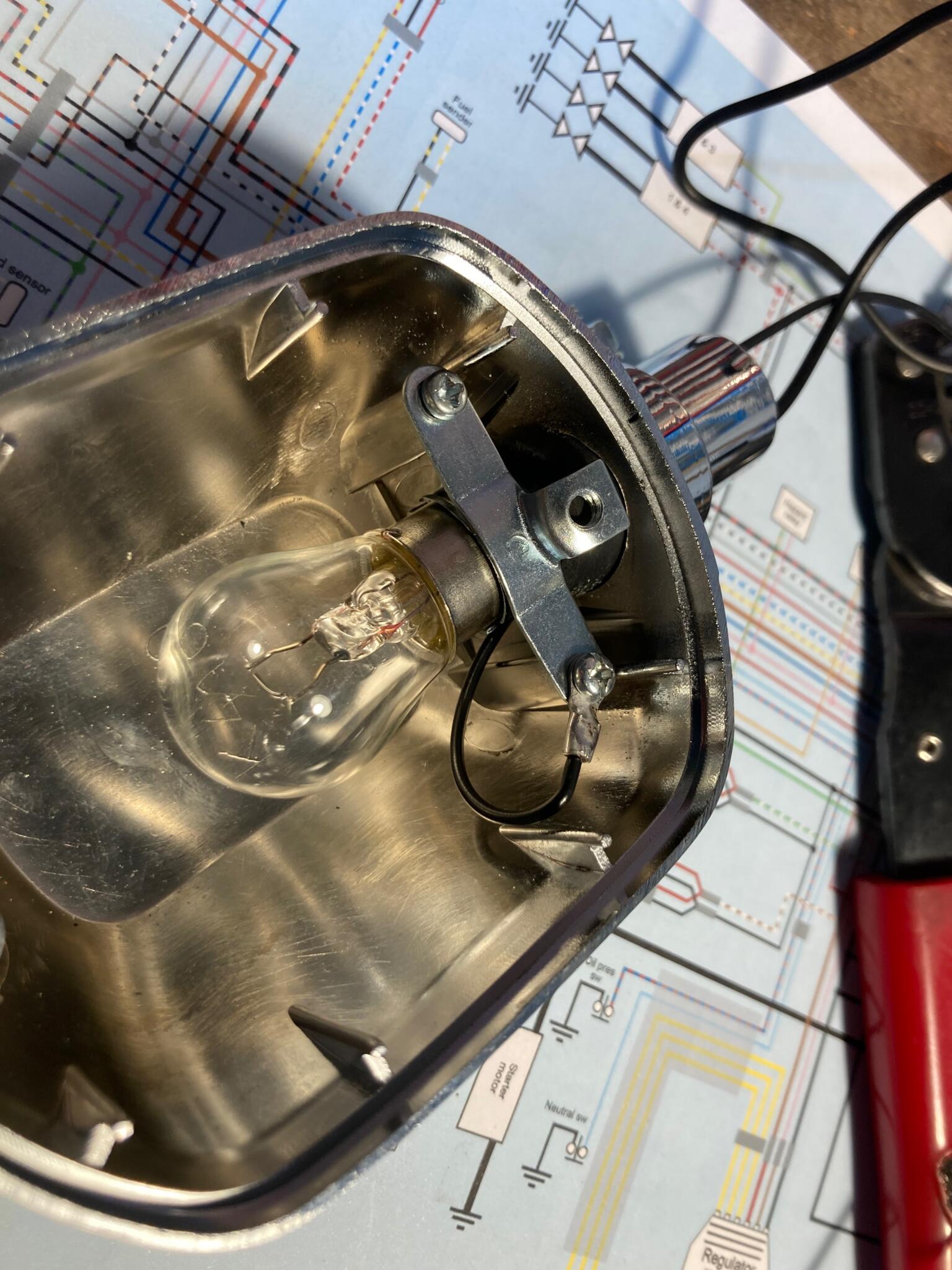 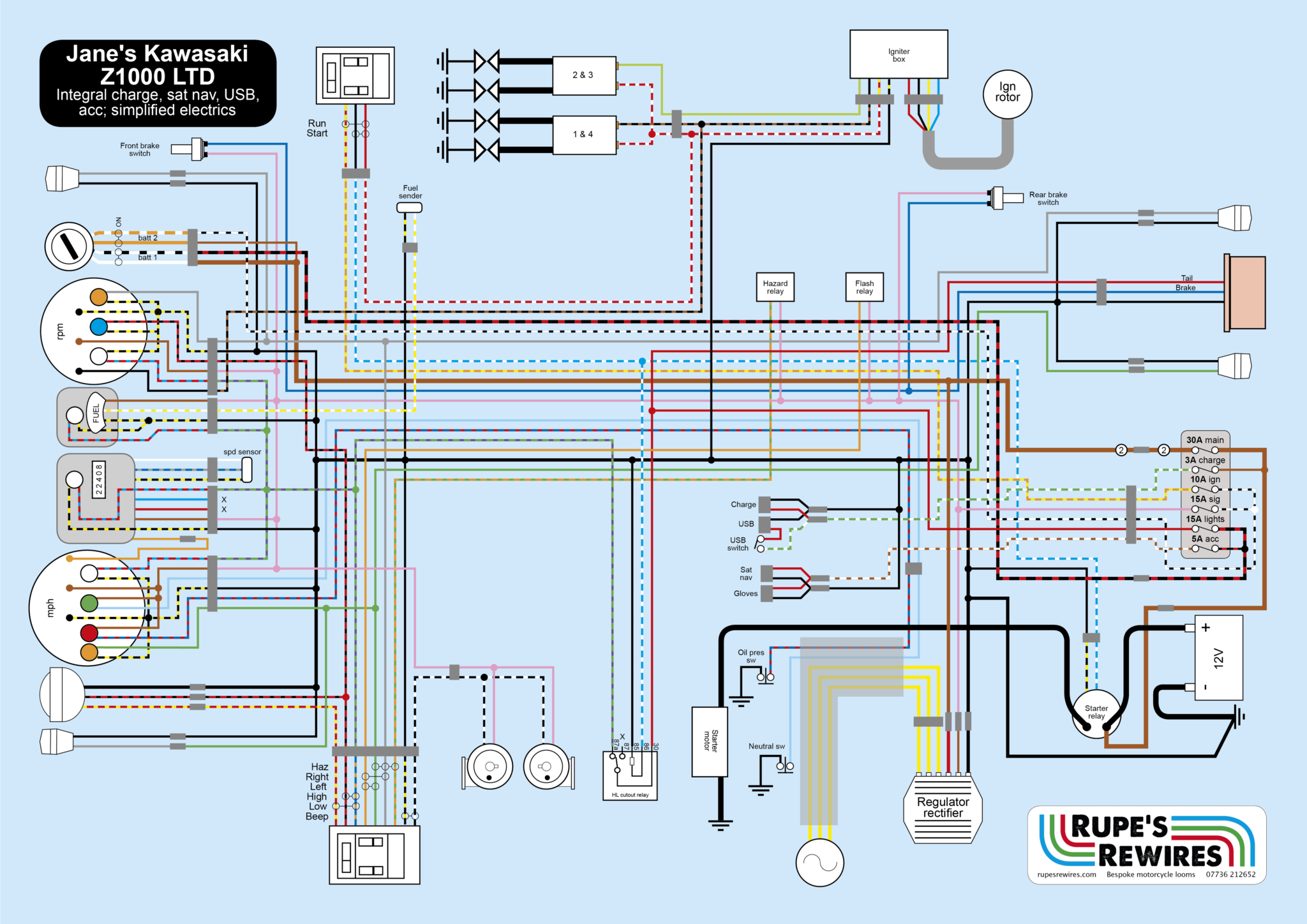 Jane has a few different bikes but sees this early 1980s factory custom, imported from the States, as a keeper. Not only does she find it extremely easy to get along with; she rides it to the homes of expectant mums to deliver babies. That way she doesn’t get held up by traffic. If you think I’m making this up, check out her website.

As with most 40 year-old bikes, the electrics were at the running repair stage. The under-seat area was a fair old mess of temporary repairs and accessory leads. But the good thing about starting from scratch is you can tidy all that up – especially as some thoughtful owner had chopped the airbox, thus creating a handy cupboard for the various accessory plugs and cables.

Back in 1983 Kawasaki were into bulb failure warning systems and self-cancelling indicators. Both systems were pre-electronic and very bulky. The left handlebar switch alone ran double connections for the lights and indicators. Ditching both systems removed about 40% of the wires from the main harness.

Instead we added the needs of the modern rider: sat nav, USB charging, heated clothing and a battery charge plug. That in turn meant finding a home for a six-way fuse box, the USB socket, a headlamp cutout- relay and the aforementioned accessory cables. Fortunately Z1000s have masses of space.

The Z1000J motor fired up nicely, and all the electrics did their thing except the tacho, which sadly failed to improve on its previously erratic performance even with new wires. Jane says she’ll get round to that sooner or later. For now, she’s riding the bike (and its new loom) to Croatia. 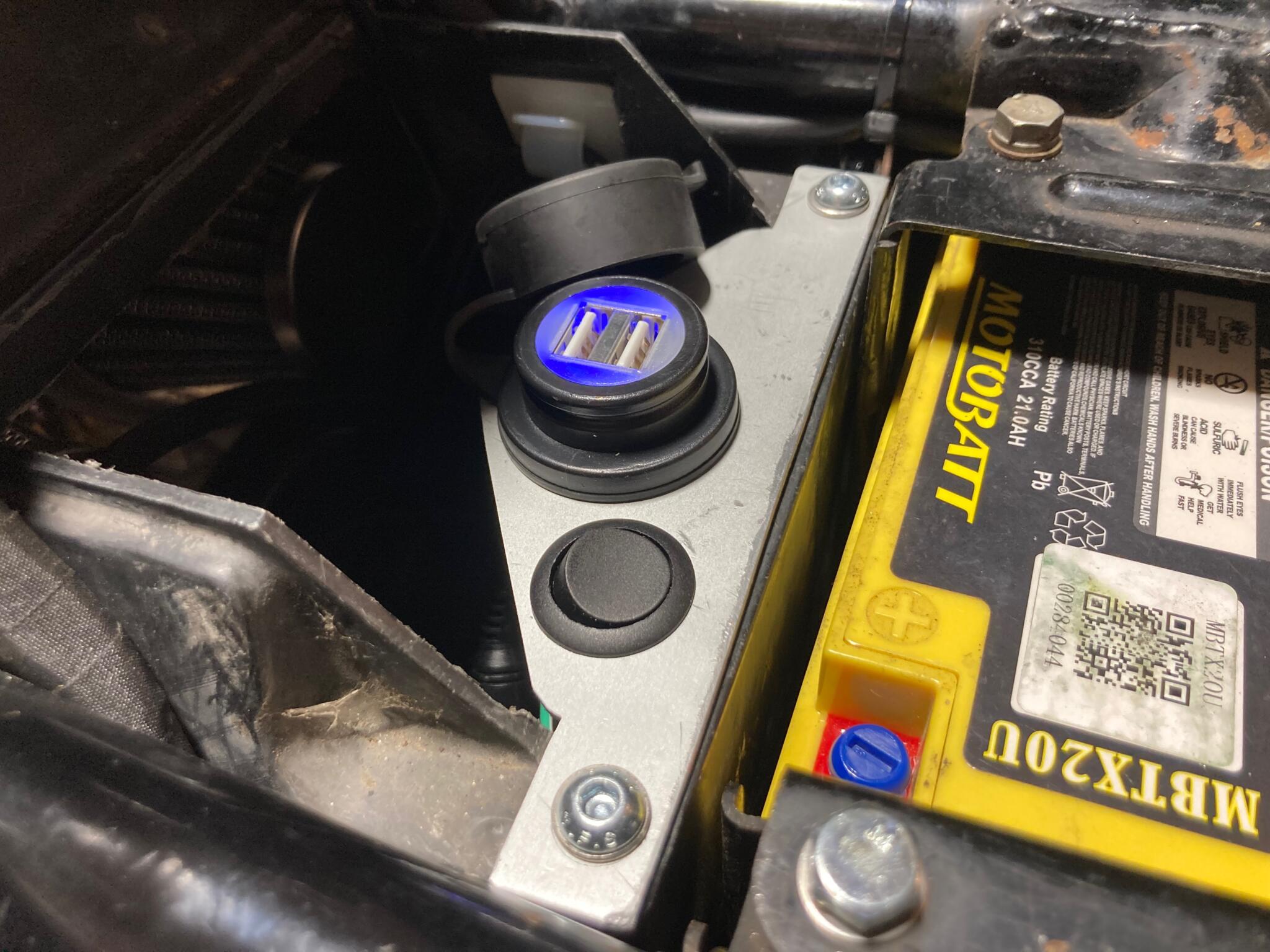 The Oxford USB port is designed to be connected straight to the battery. But it’s got a backlight, so it’s a vampire. The little rocker switch sorts that out 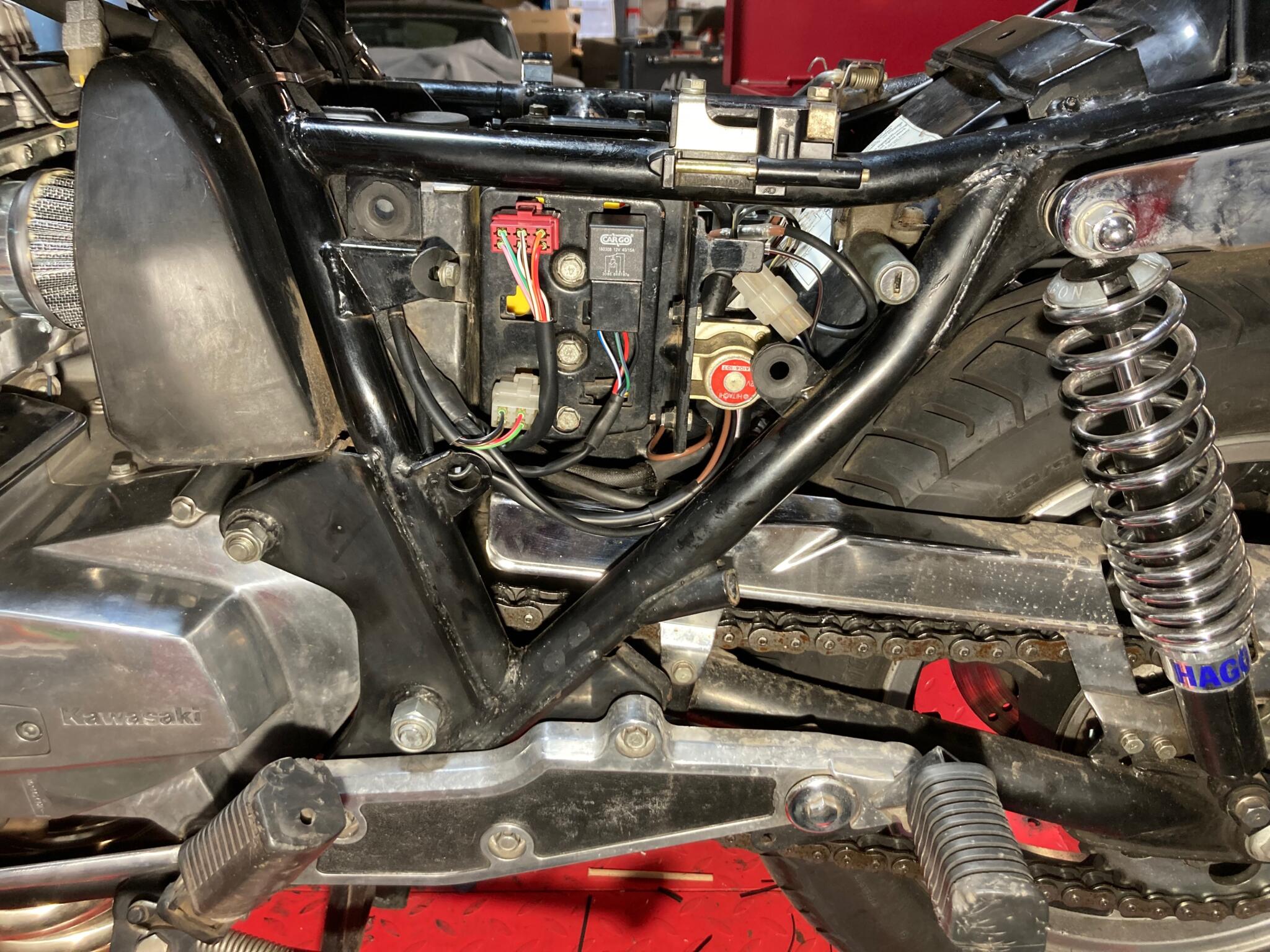 The original loom has six heavyweight plugs on this side. We ended up with just two by ditching the self-cancel indicator and bulb failure warning untis 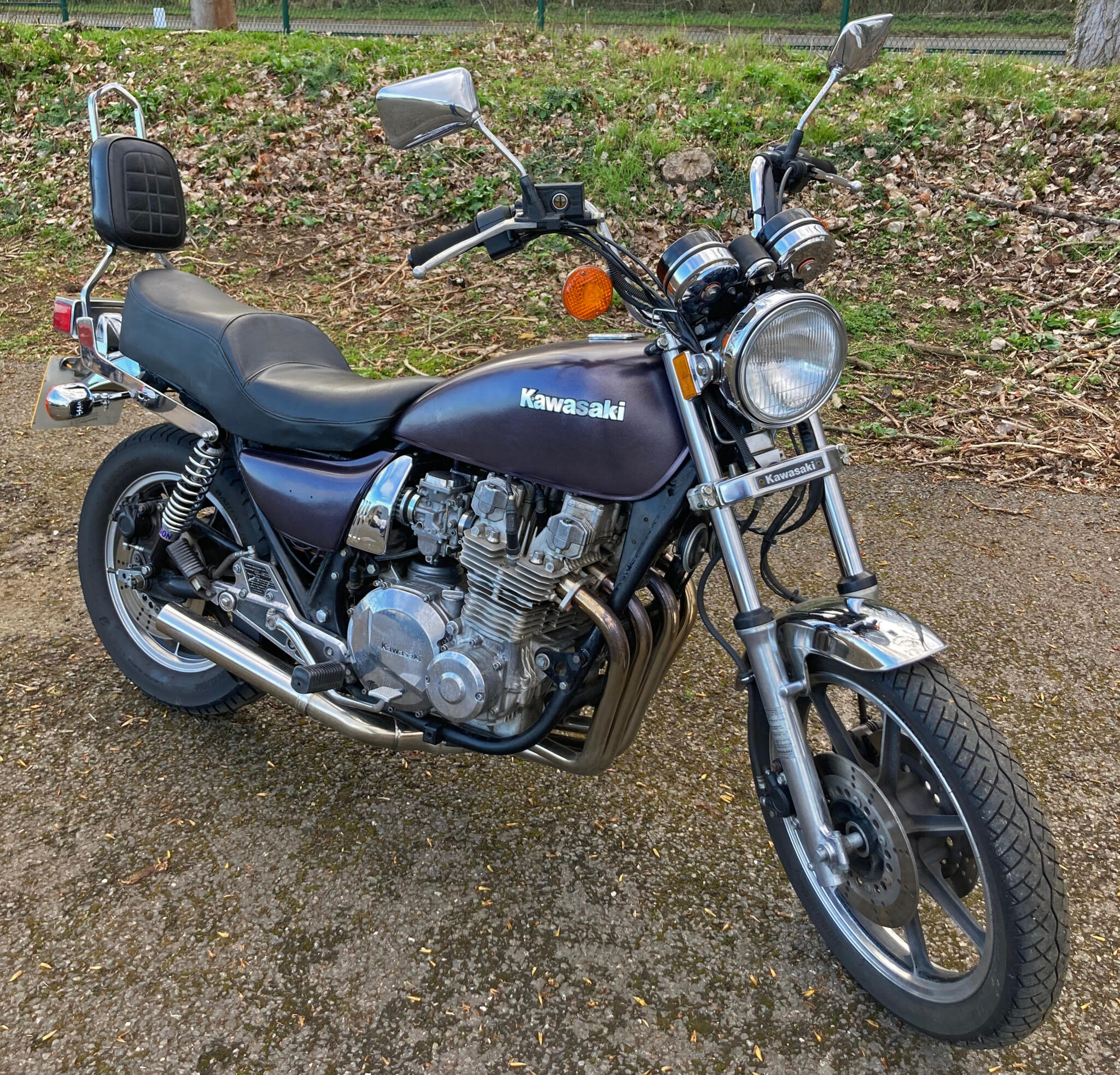 Ready to hit Croatia this spring 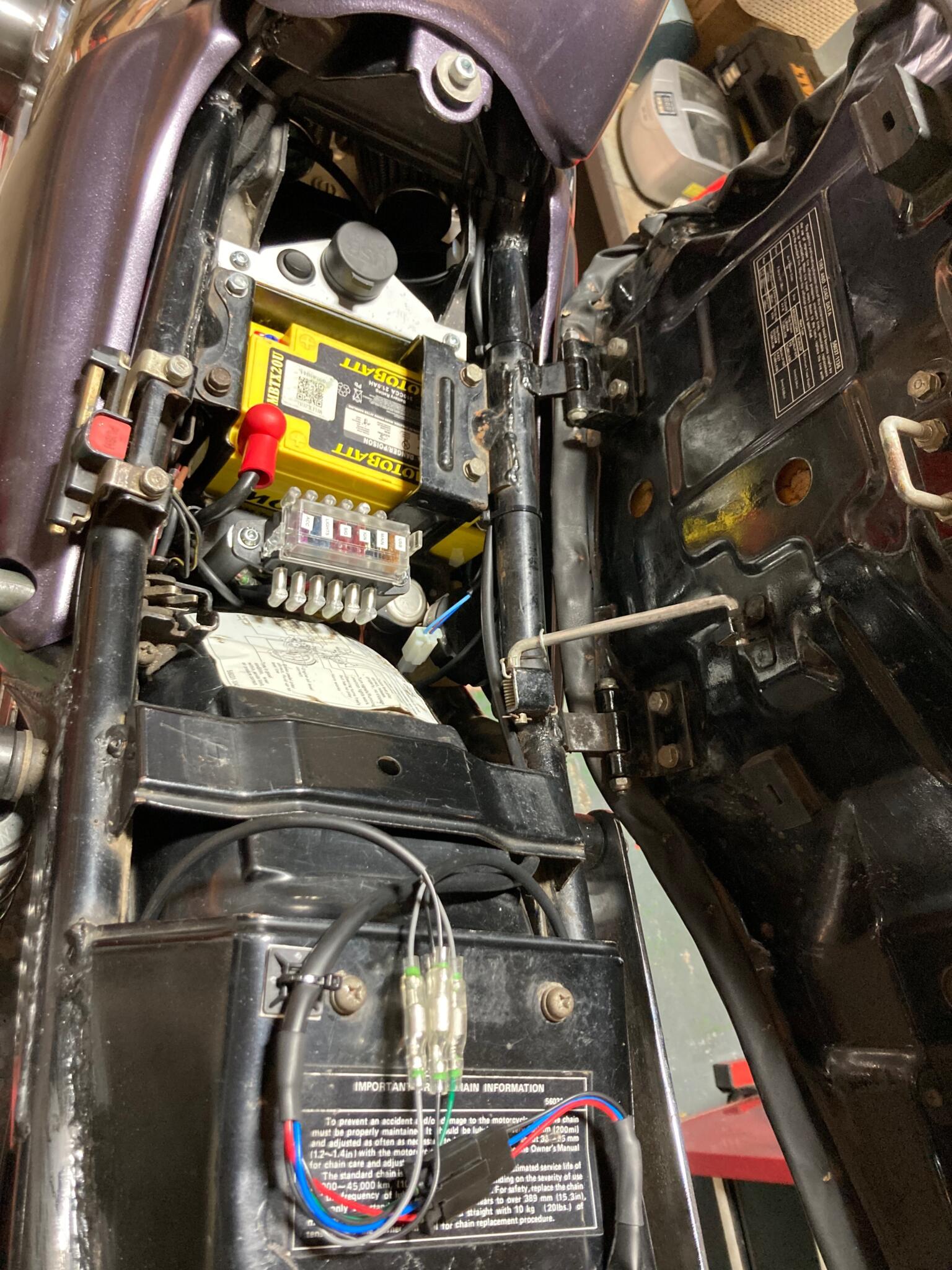 Someone had hacked out the airbox, which made a cupboard for the accessory plugs and a mount for the USB port