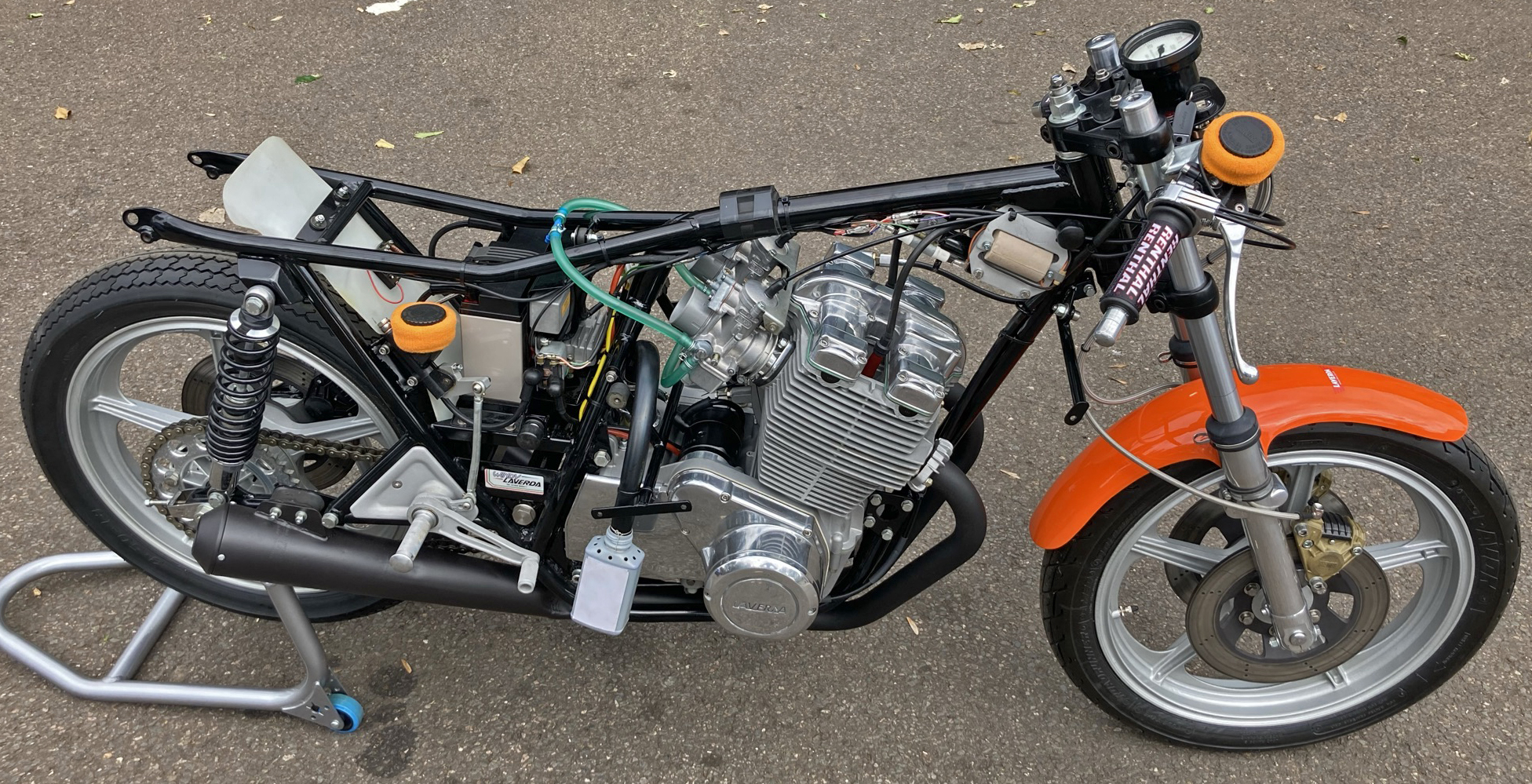 Roger brought the bike along minus bodywork. He’s the considerate type 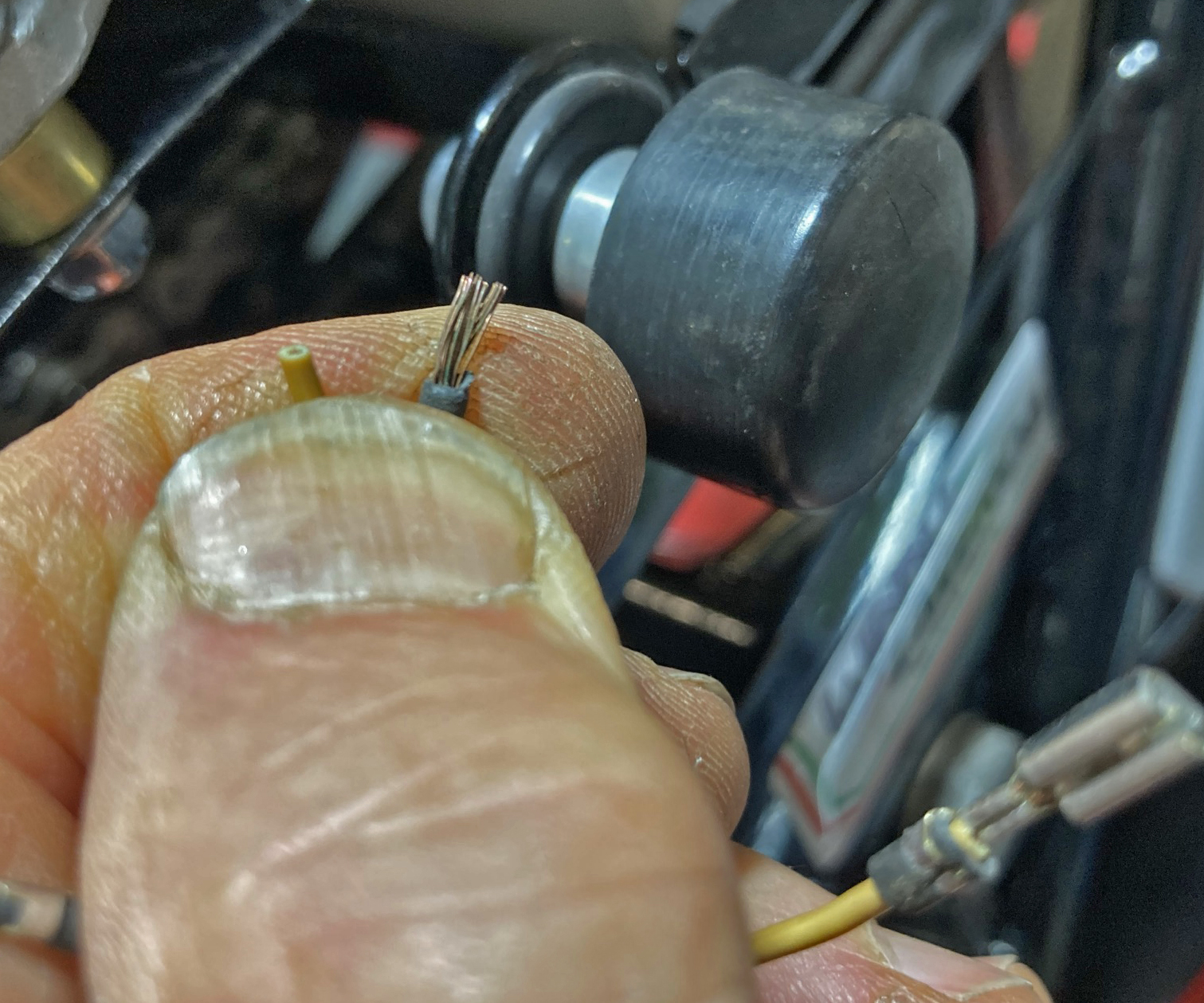 Laverda 500 trigger coil wires are notoriously subject to corrosion. These wires are just about OK 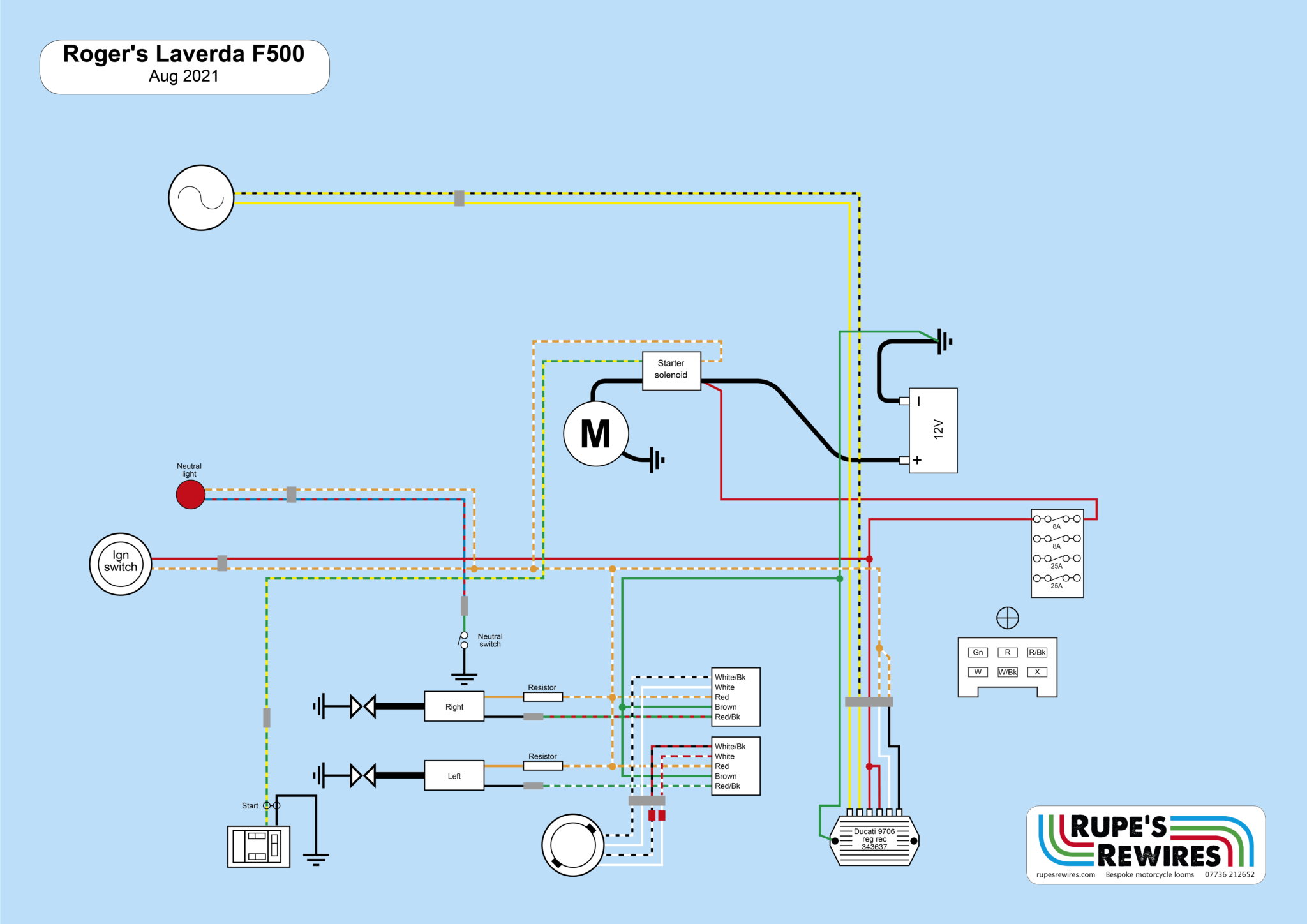 This is one of three bikes I worked on for Roger Winterburn, who used to run Windy Corner, the famous Laverda shop near Mallory Park.

It’s a genuine ex-factory bike used in the Formula 500 series of the late 1970s. Roger himself raced an F500 at the TT and on short circuits – just not this one.

It’s pretty simple, with ignition, charging and a starter motor, plus a neutral light which has the added advantage of telling you the bike is on (when you’re in neutral).

Building the loom was pretty simple. The interesting bit was how beautifully put together the bike was. I don’t suppose you can really see from the pictures but it’s a superb restoration. Roger is one of the most meticulous bike builders I have met. That’s what happens when you’ve been racing for years. You do things properly.

I fired the bike up to check charging and running. The engine was running Castrol R30. It smelled fabulous. 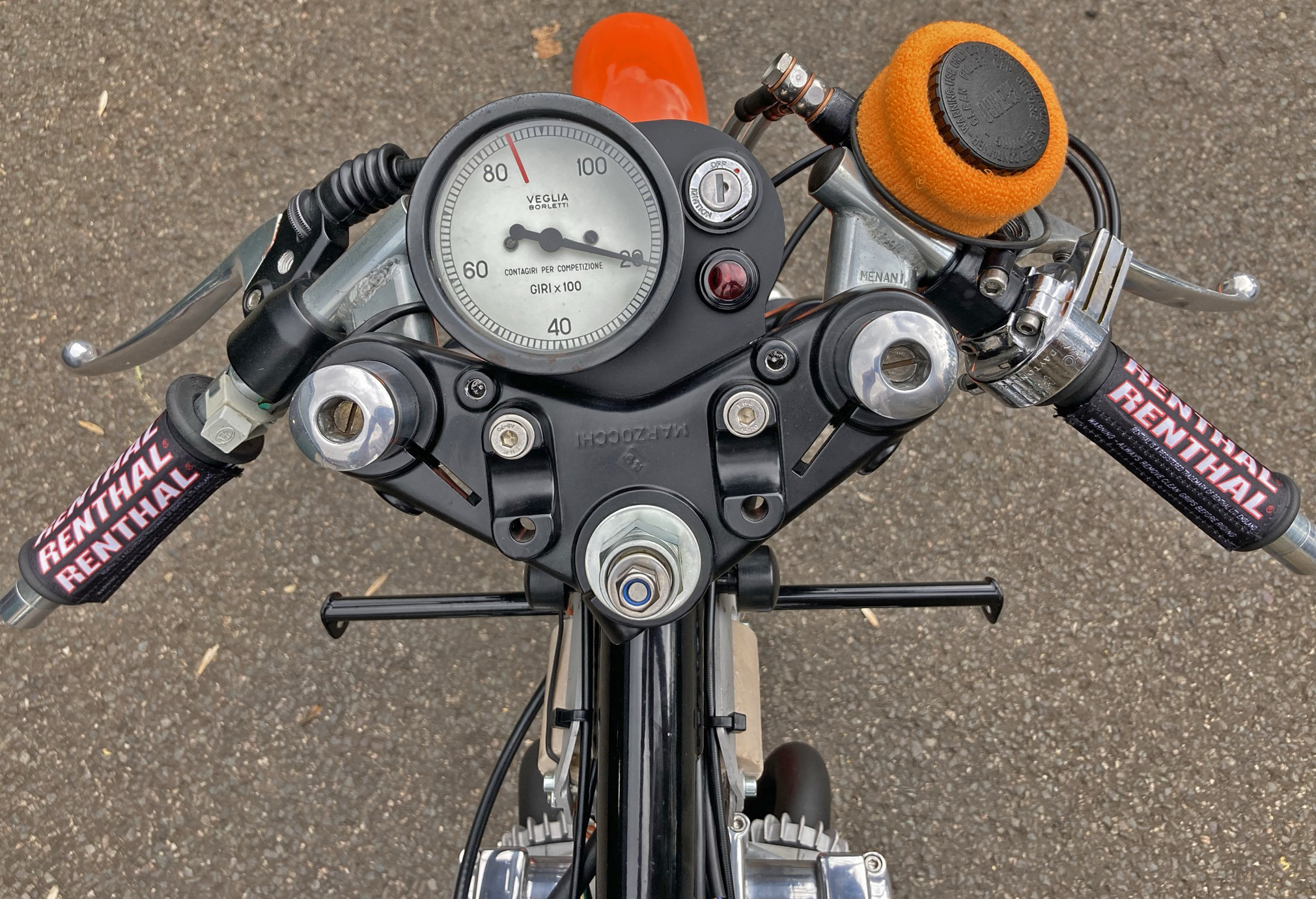 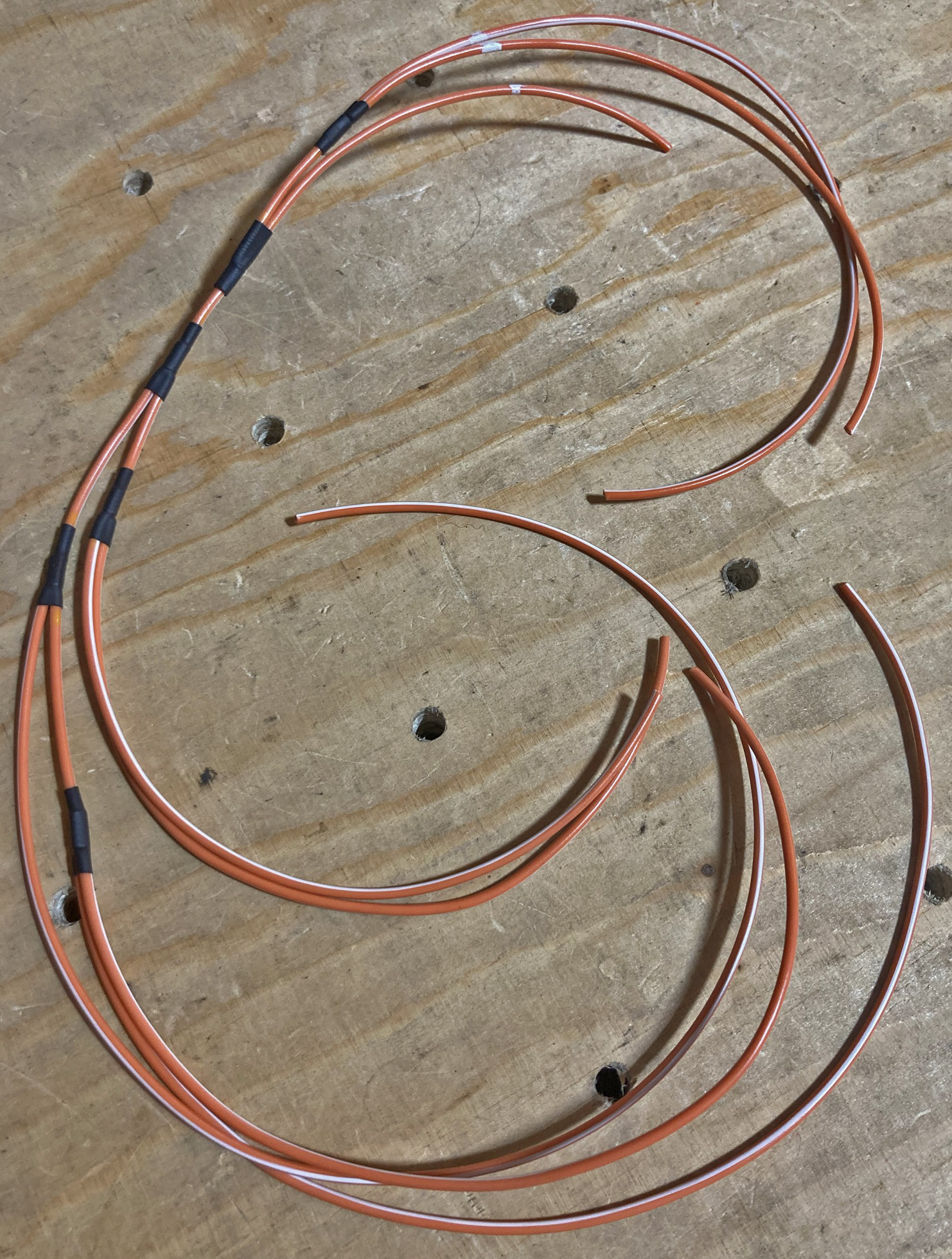 Crimped splices are best for classic racebikes – more vibe resistant. This is the main feed 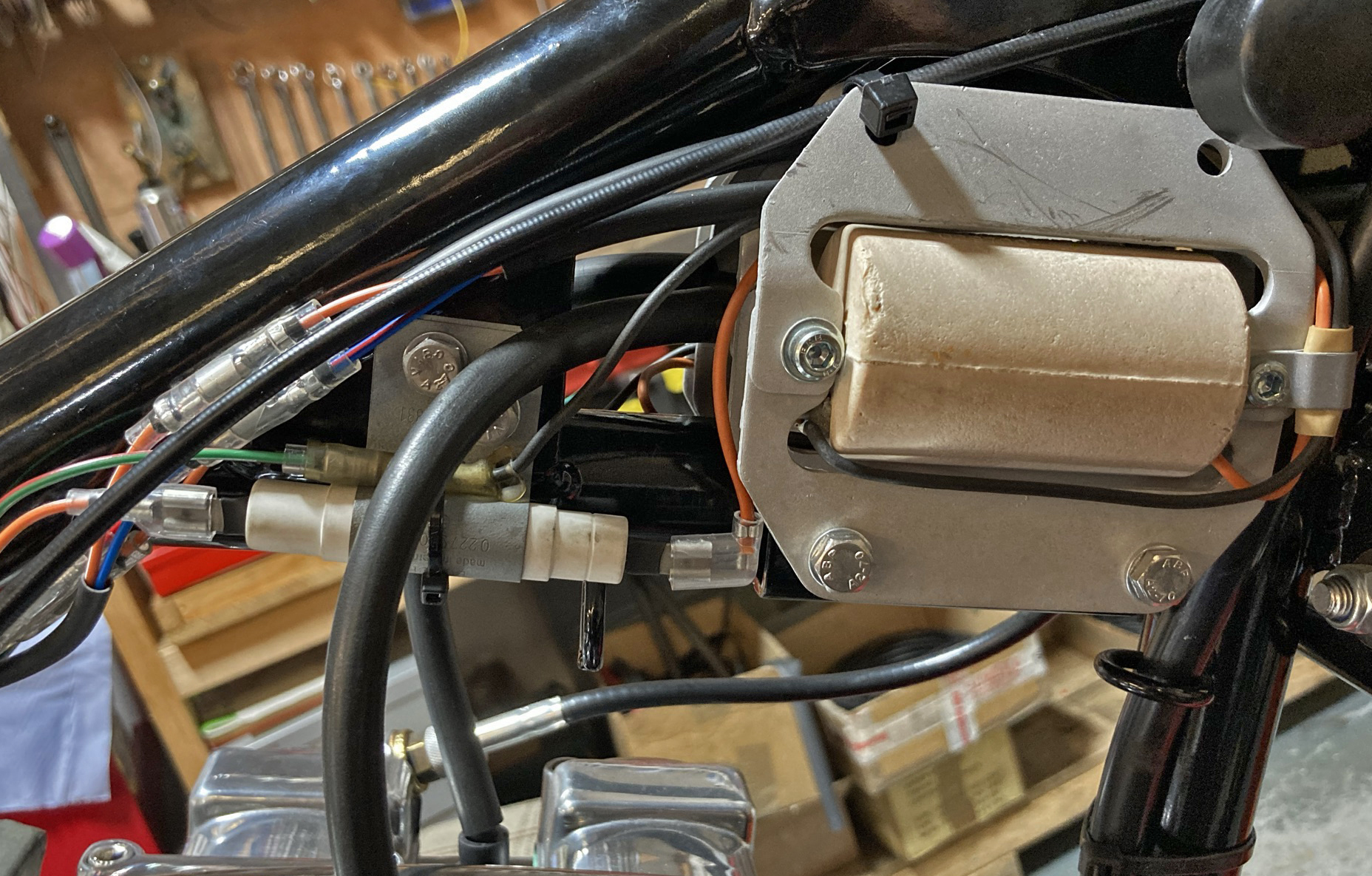 The original ignition has a white ballast resistor before each coil