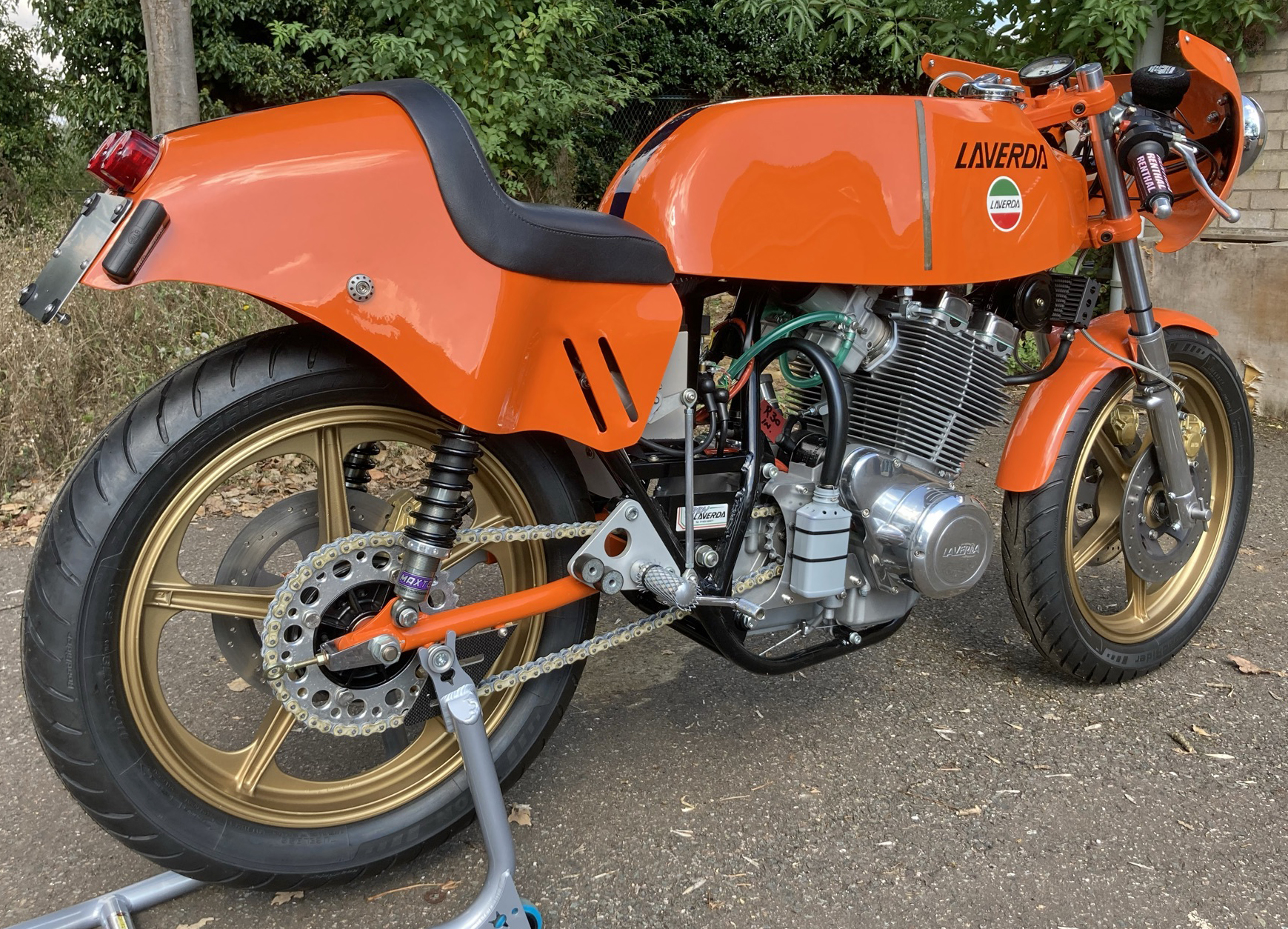 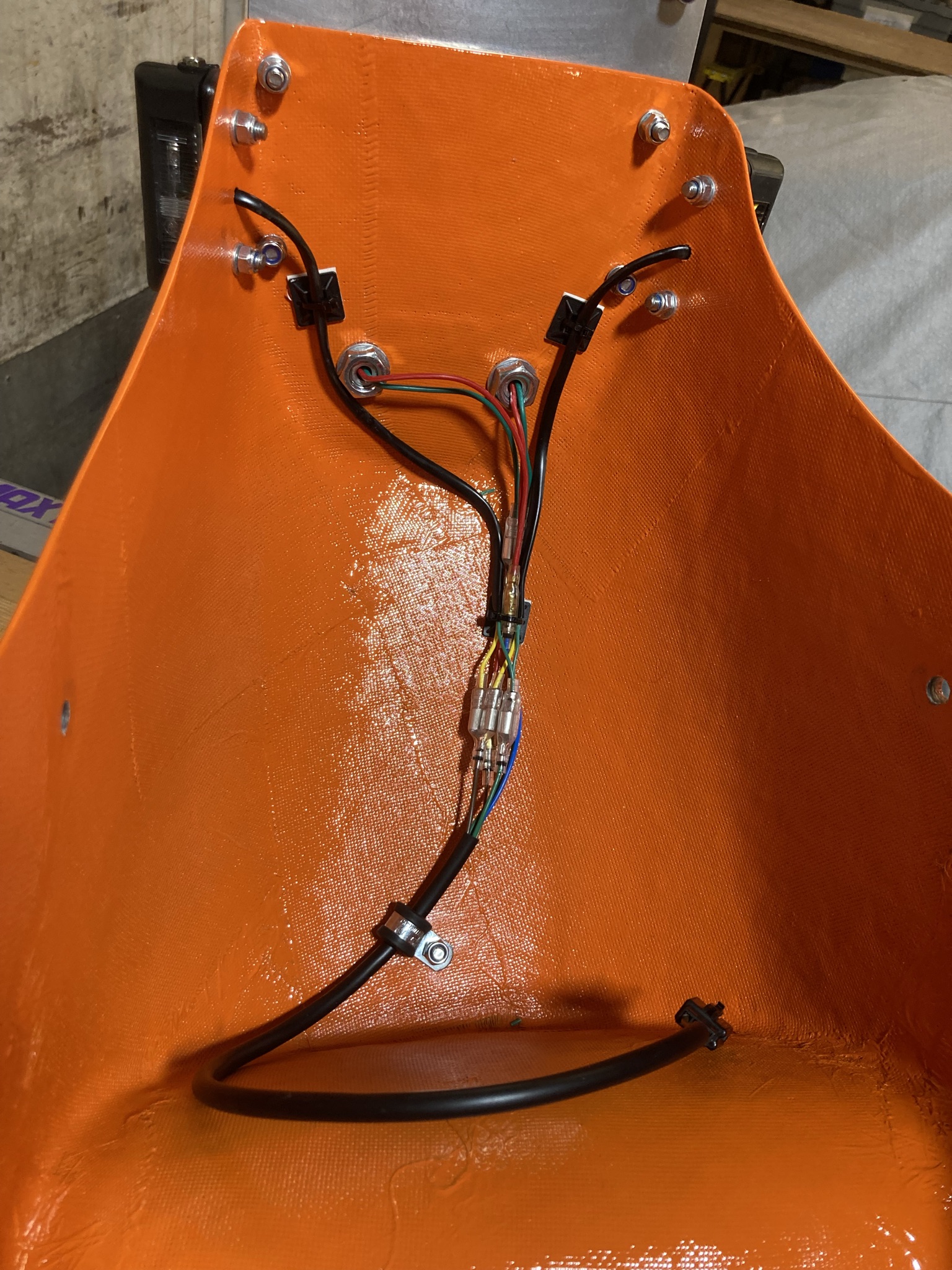 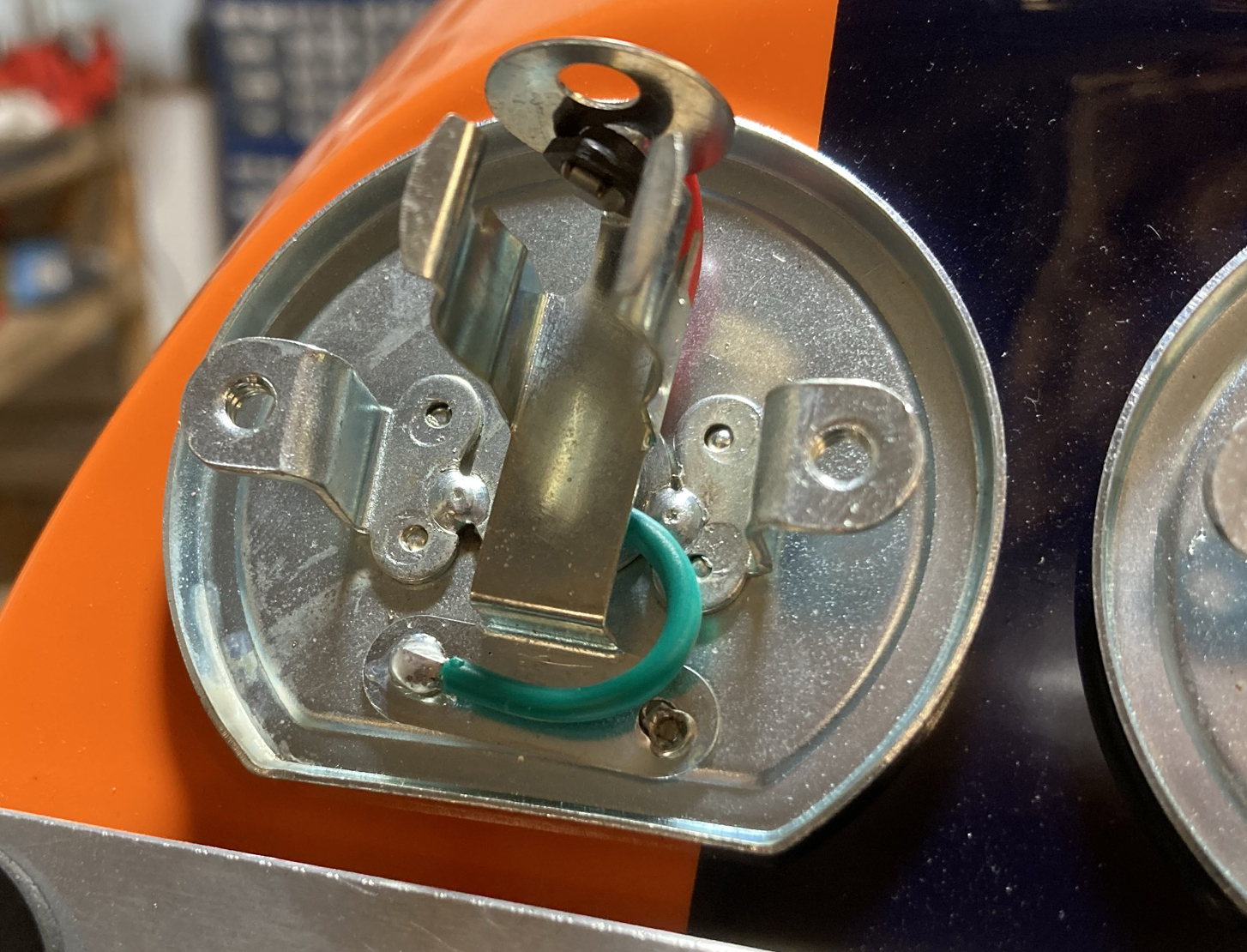 Tail lights turned out to be 6V stop/tail lights. 12V blew one of the filaments but the other was fine. I turned the wire for the dud filament (green) into an earth 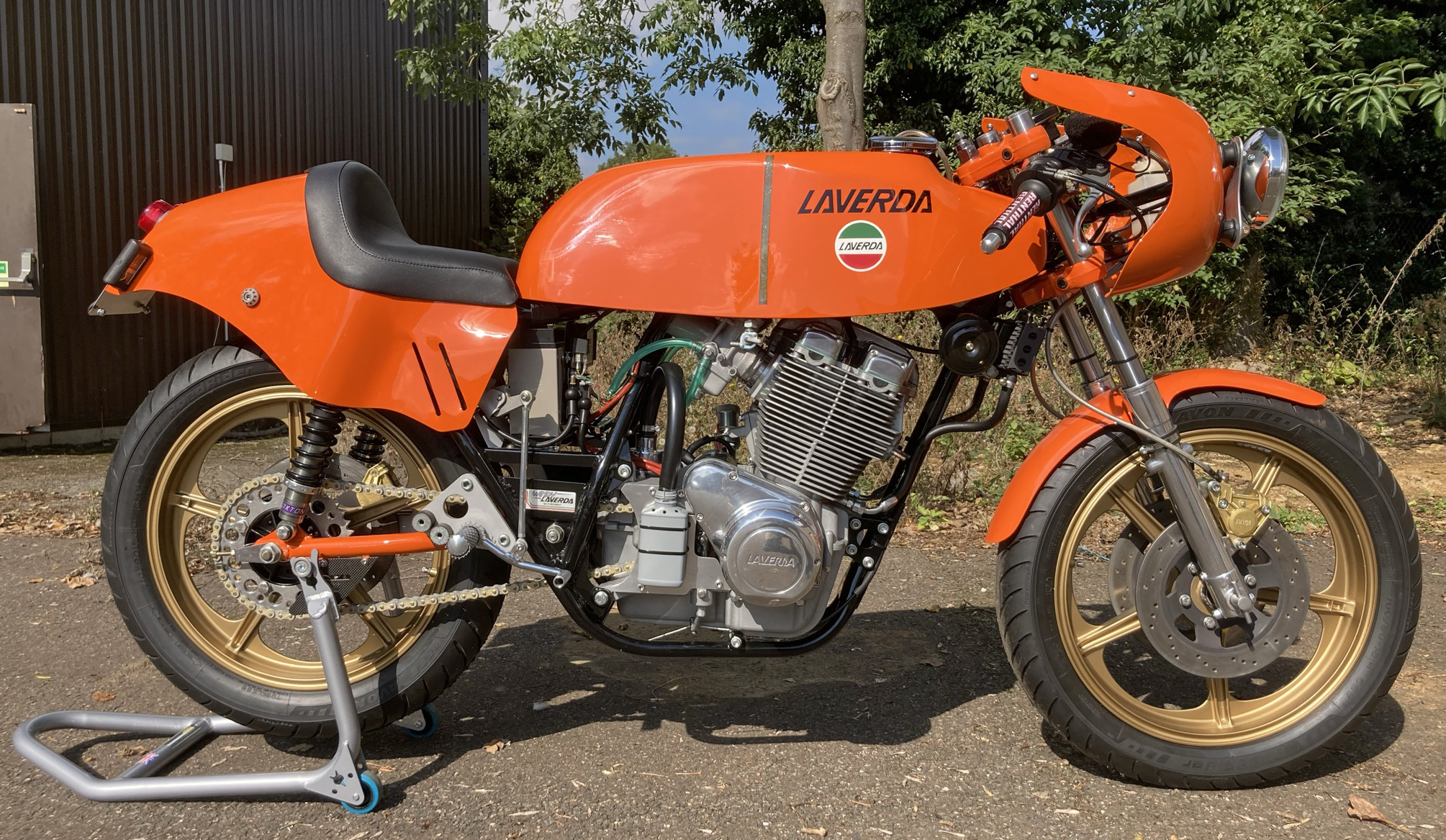 In the late 1970s the Laverda factory raced their 500 twins in 24 hour endurance races. This bike – the second of Roger Winterburn’s three – is a replica. When kids doodle pictures of bikes on their pencil cases, this shape is surely the one they are going for.

It’s built to the same outstanding level as Roger’s Formula 500 bike. Minor modern concessions to modernity include Maxton shocks and a Sachse ignition. Sachse’s system costs a lot but renews everything in the ignition system, including the trigger coil setup, which on the stock bike is vulnerable to decay and hard to replace.

Endurance bikes back then had cobbled-on headlights, one set up for braking, the other for high speed. Lap scorers had to figure out which their bike was in a sea of headlights so Laverda put a red ID light on the left of the fairing, and also added two lights that shone onto the rear spindle for night time wheel changes. Roger fancied one light front and back for low beam, and both for high beam. I measured the current drain of all these bulbs and decided to run some of them through a relay to spare the left handlebar switch.

The tail unit has four separate lights, all of which need to be individually replaceable but also connected to the main loom by a single plug. Achieving this neatly is a lot harder than it looks.

We had a spot of luck with the period-looking twin tail lights. They turned out to be 6V stop/tail lights, so the bulb filaments popped when 12V went through them. Or, to be precise, the brake light filaments did. The tail ones was OK. This was handy because you can’t get 12V bulbs to fit these lights. And Roger had no need of a brake light. So we kept the good filament connection, and used the spare wire to make an earth (which, as usual, the original light manufacturer had forgotten to do).

What a privilege to work on such a machine. 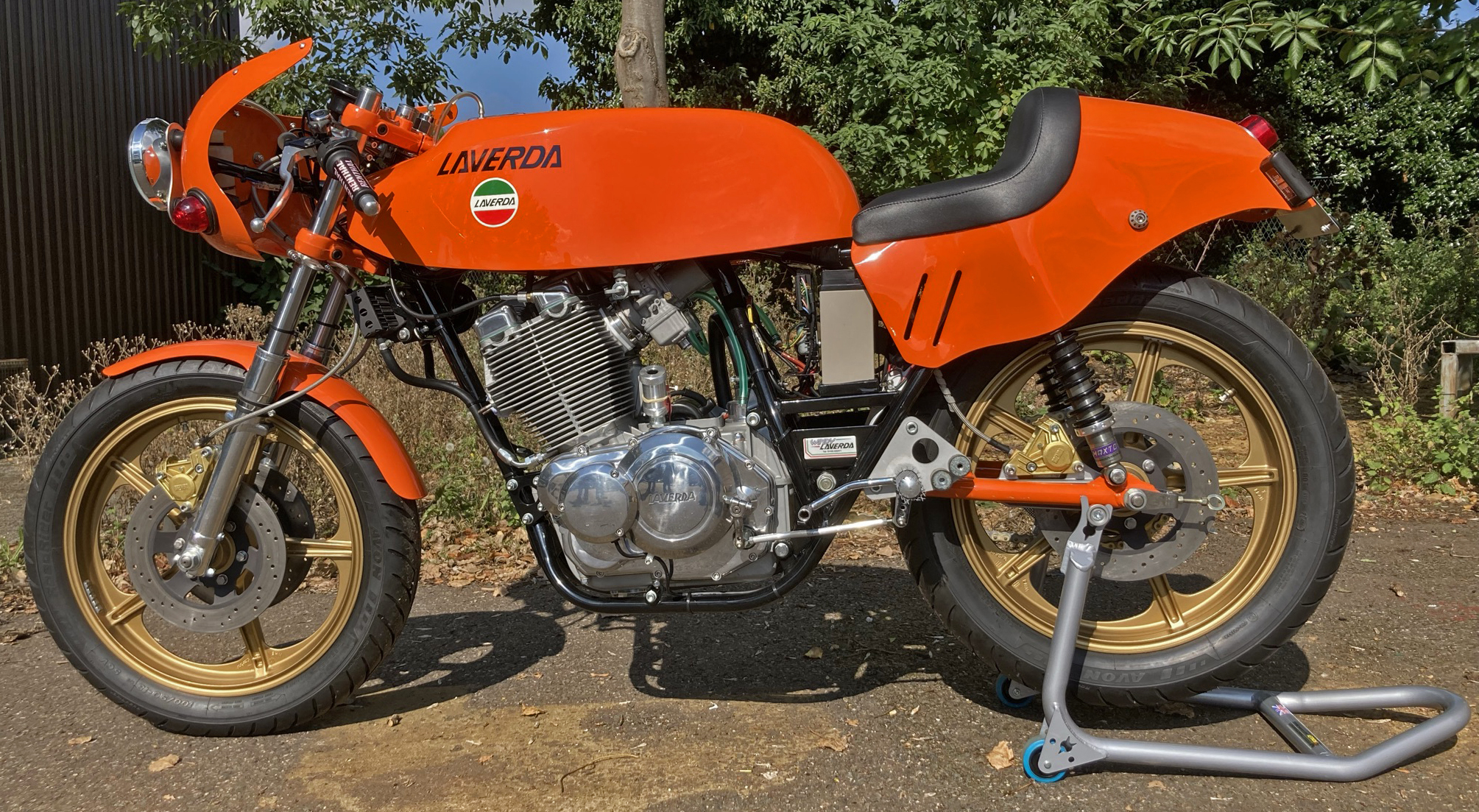 Even without exhausts and a screen it’s sensational 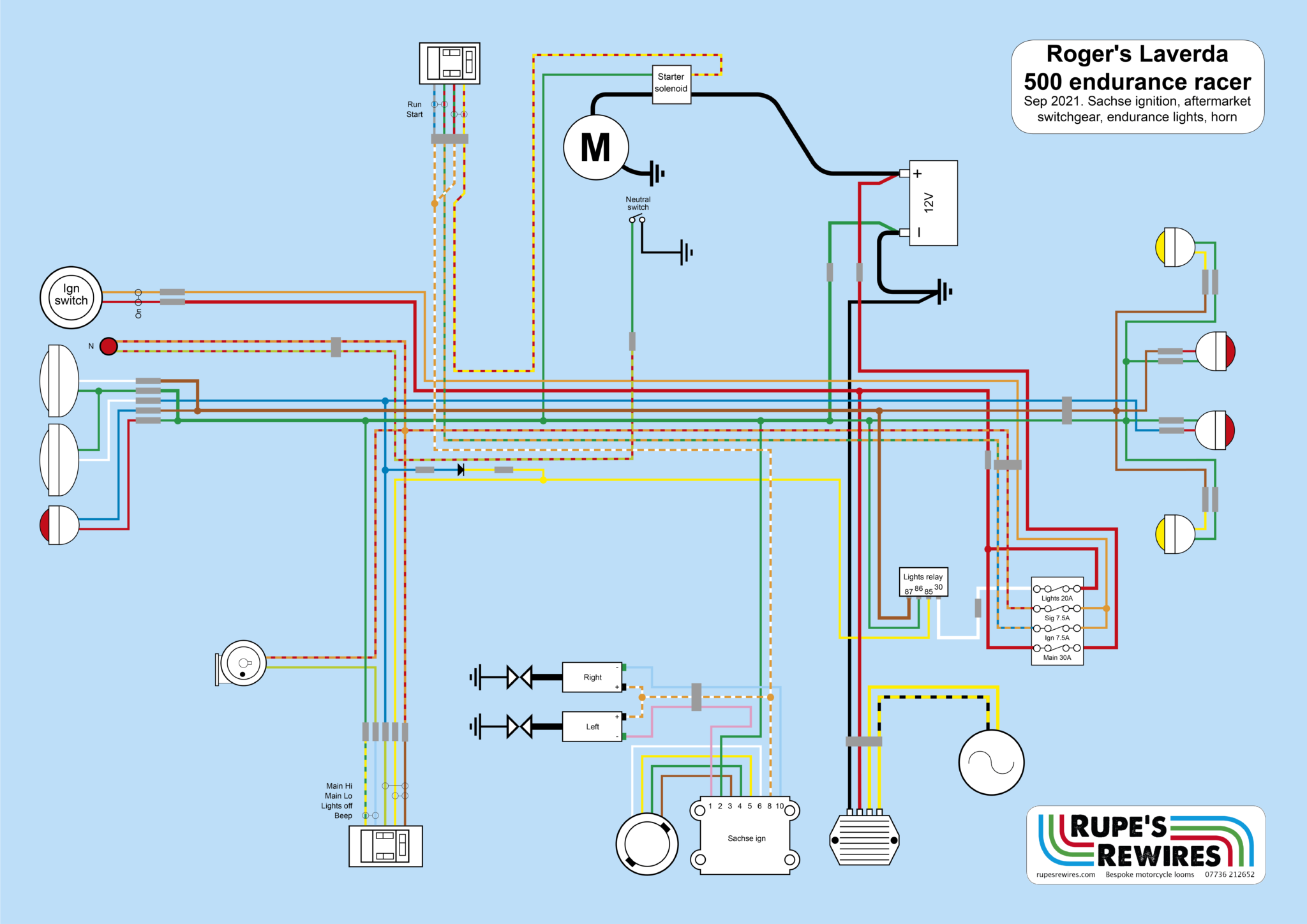 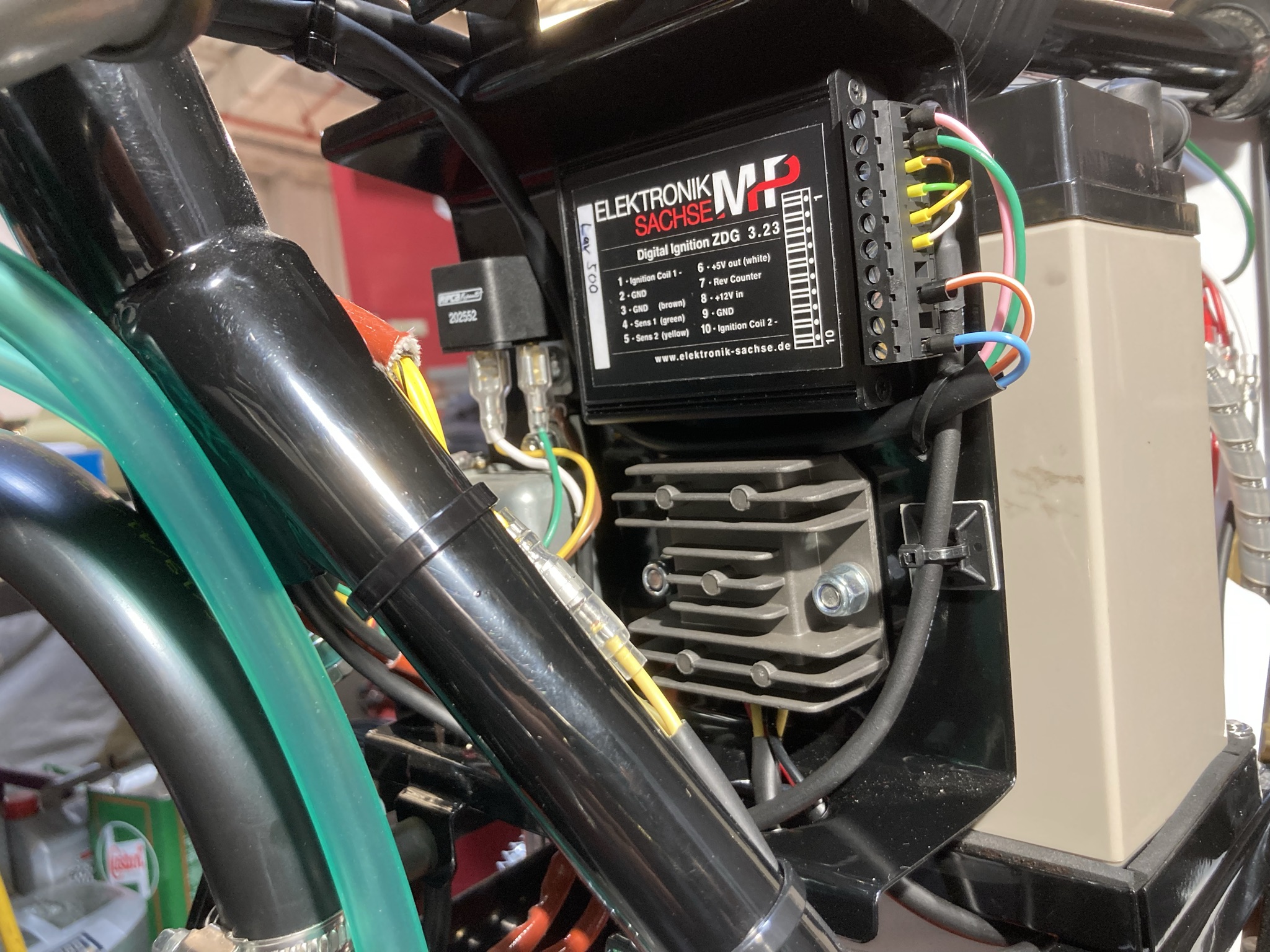 Sachse ignition, regulator rectifier and a lighting relay peeping shyly in the background 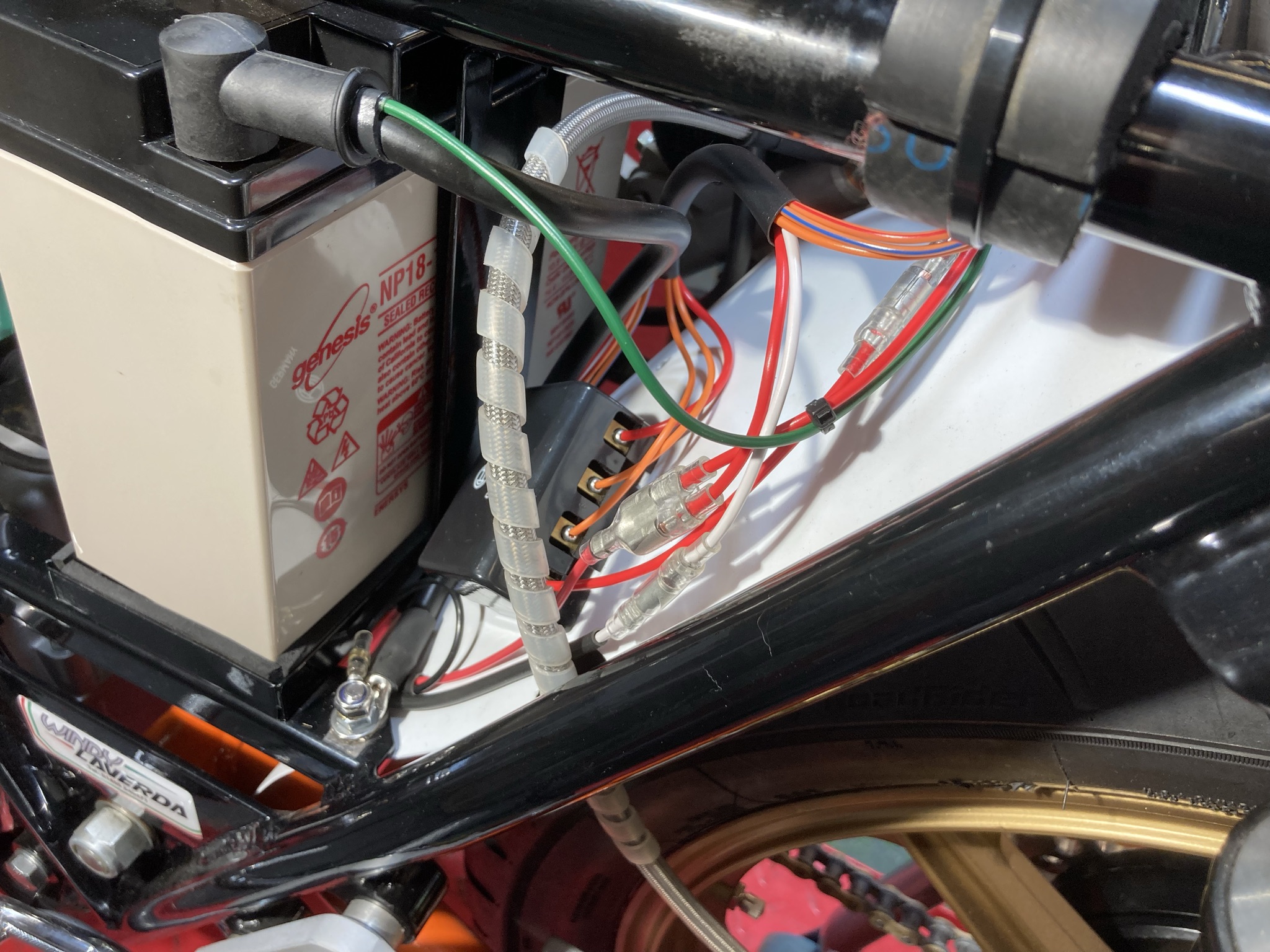 Laverda used this roadbike fuse box with ceramic fuses on the rear mudguard, so the replica has it too