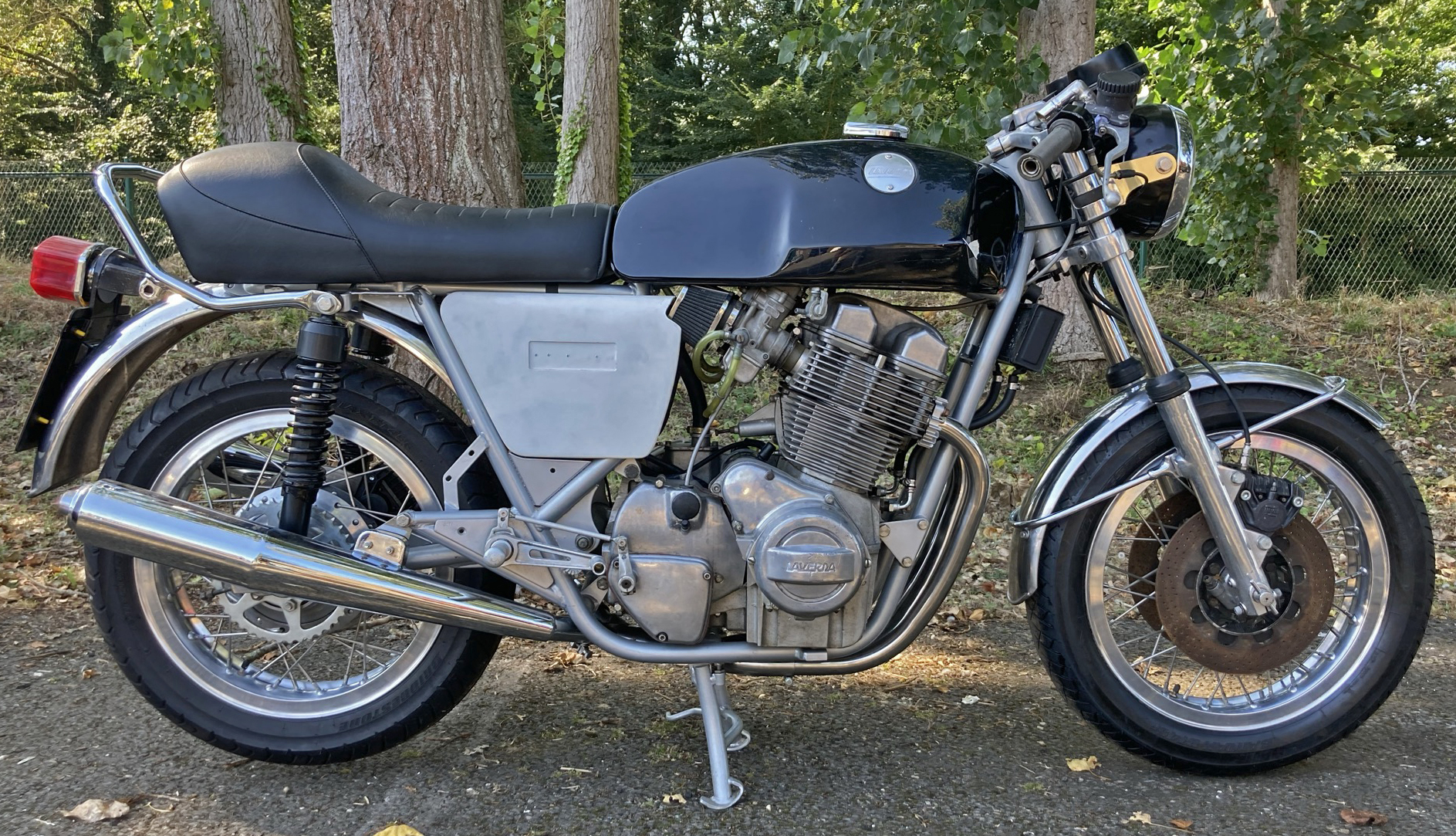 Angus is starting to put the bike together. It’s an early front end mated to a later frame 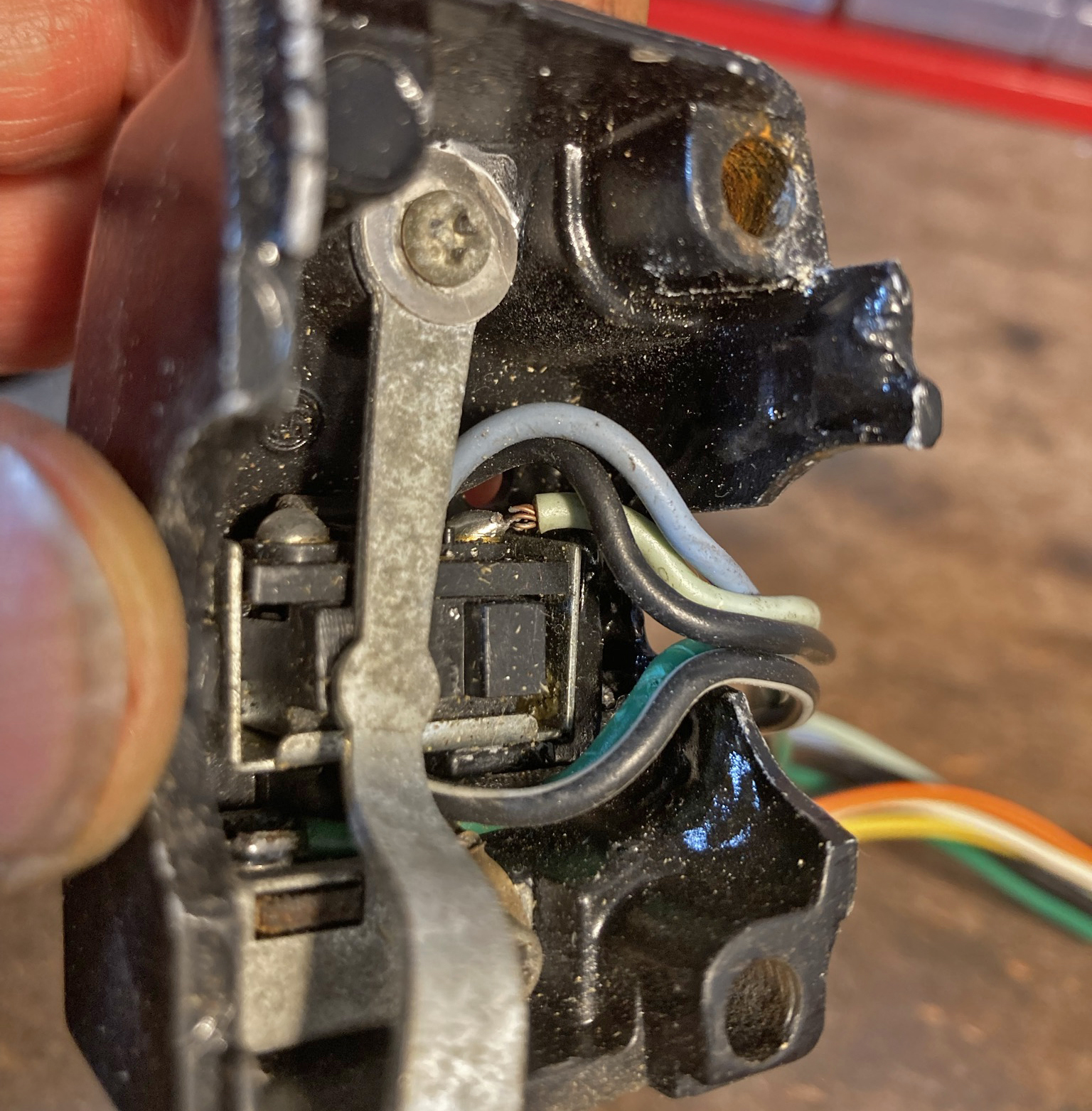 Details matter: this broken indicator wire was hiding in the switch cluster 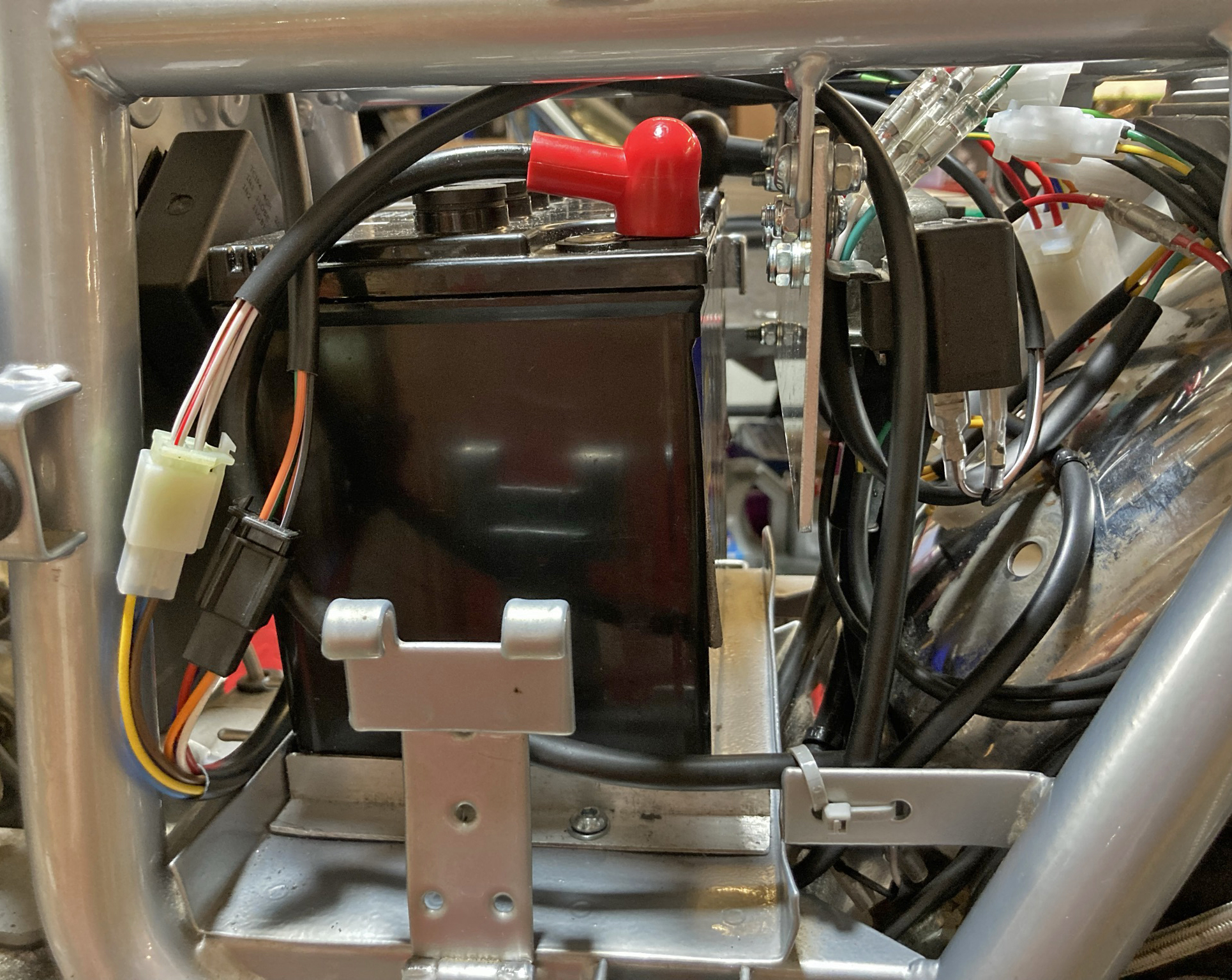 The original Jota battery is huge. These days you can get away with a slightly smaller one, but it’ll still need a wooden block on the end so the strap is tight enough 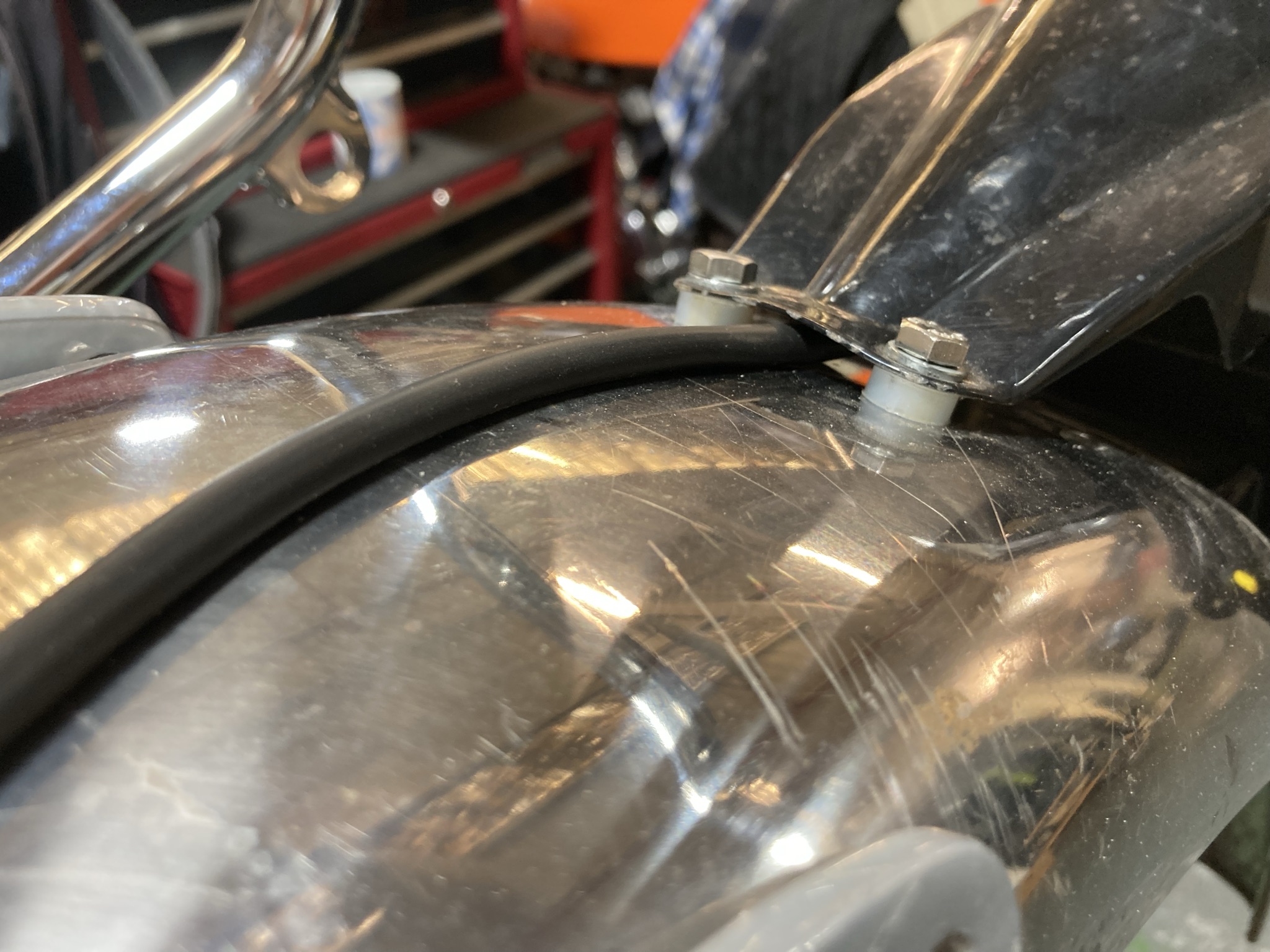 Angus bought the bike as a box of bits about 25 years ago, and got it running when he was working in Texas. Back in the UK he’s embarked on putting the Jota together more carefully, so far with new wheels, exhaust and seat.

Although it’s usually best to build a loom as a final job in a restoration, Angus wanted to be sure the bike would run OK before diving into the rest of the bike (Laverda spares are getting very scarce). That meant quite a lot of fabrication and mounting of components, and restoration too. For example someone had snipped some of the wires to the clocks, and the switchgear clusters needed cleaning, lubing and a few wires replacing.

He went for an Ignitech ignition with Dyna 3 ohm mini coils, which is a favourite Jota upgrade. It completely eliminates any jerkiness in the standard Bosch system. The ignition unit itself sits on an aluminium plate in front of the battery, while a second plate carries the other hardware: solenoid, fuse box and flasher unit.

Laverdas are always pleasing to work on; they are extremely logical in the way they’re designed. But it’s still a long job when the bike is at the beginning of its rebuild journey rather than the end. The indicators and horn will come along later, so at the moment their connectors are waiting in the headlight and under the seat.

Angus is aiming for a decent riding bike rather than a gleaming show winner. And with a new loom his Jota is well underway. 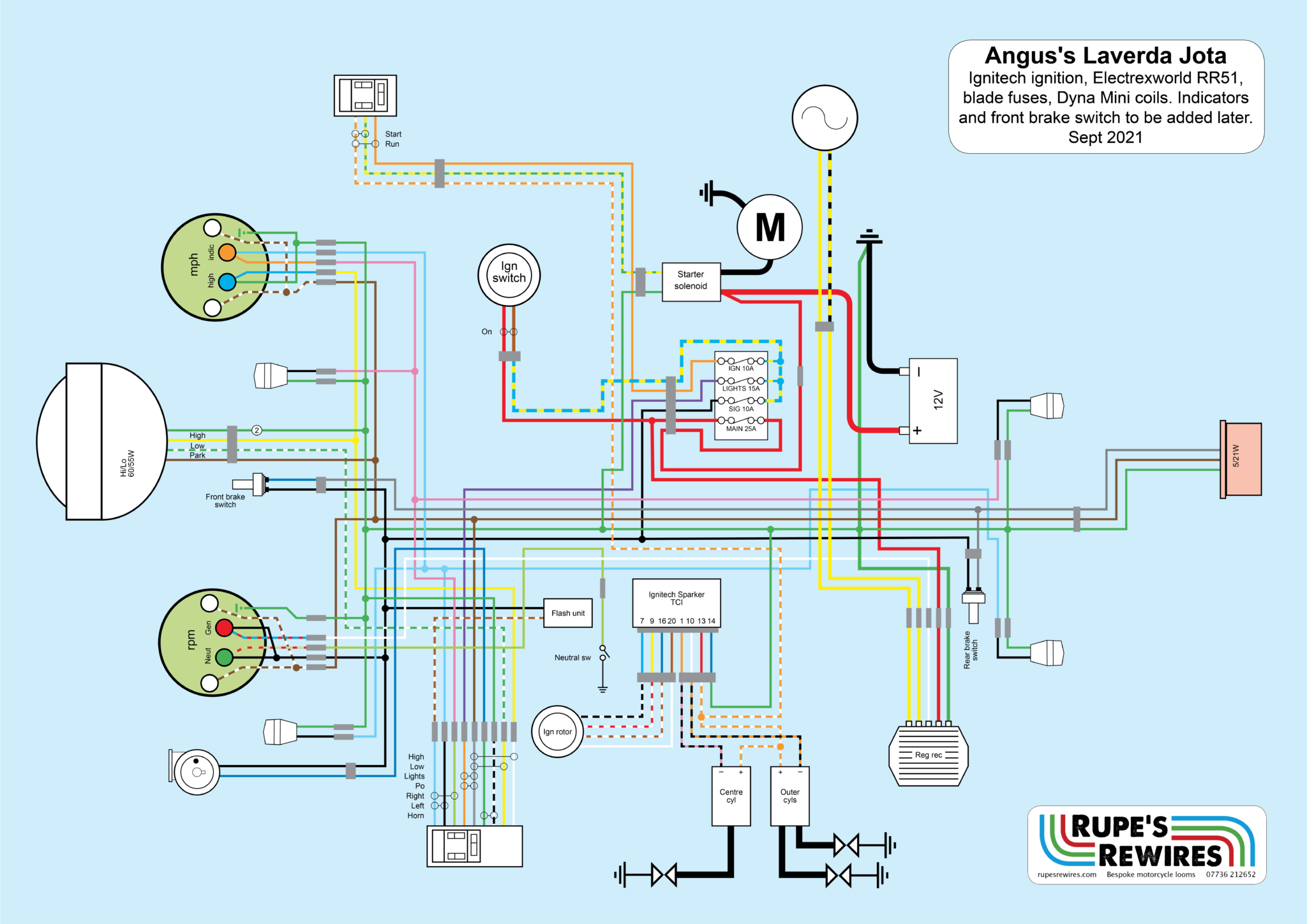 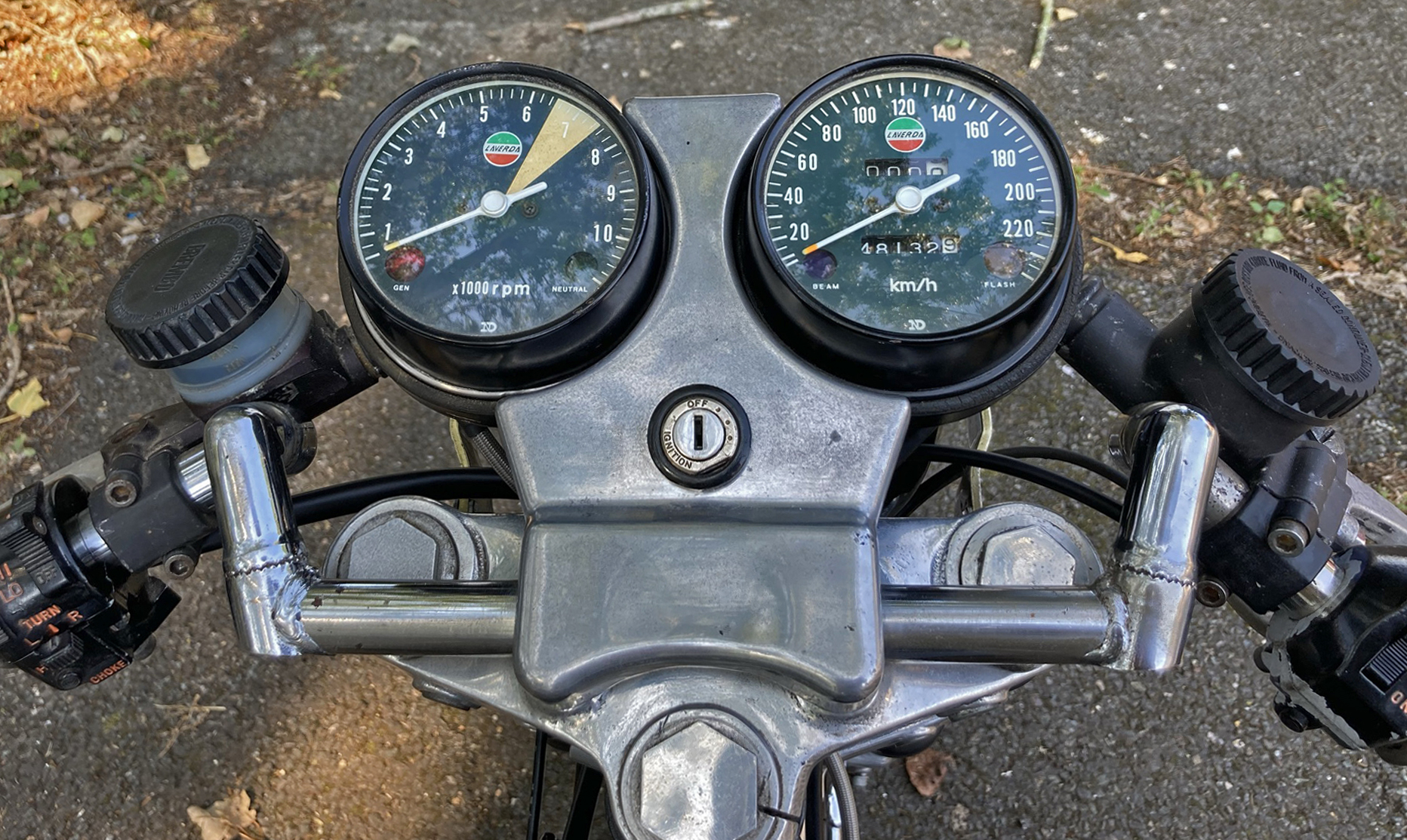 Someone had cut most of the wires to the warning lights. Fixing that is always a nice feeling 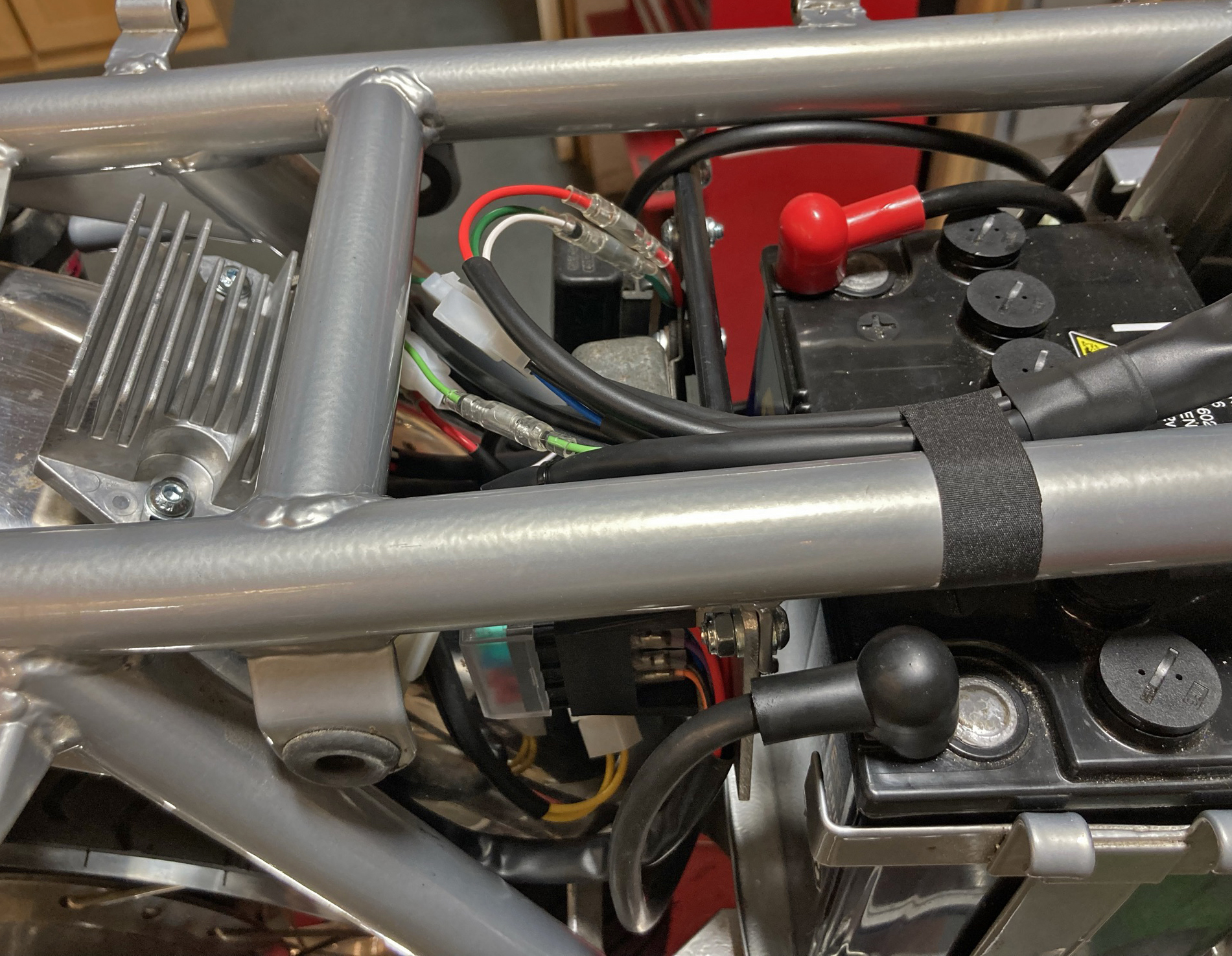 With no tool tray the space behind the battery opened up for the fuse box, solenoid, flasher unit and (on the mudguard) the Electrexworld regulator rectifier 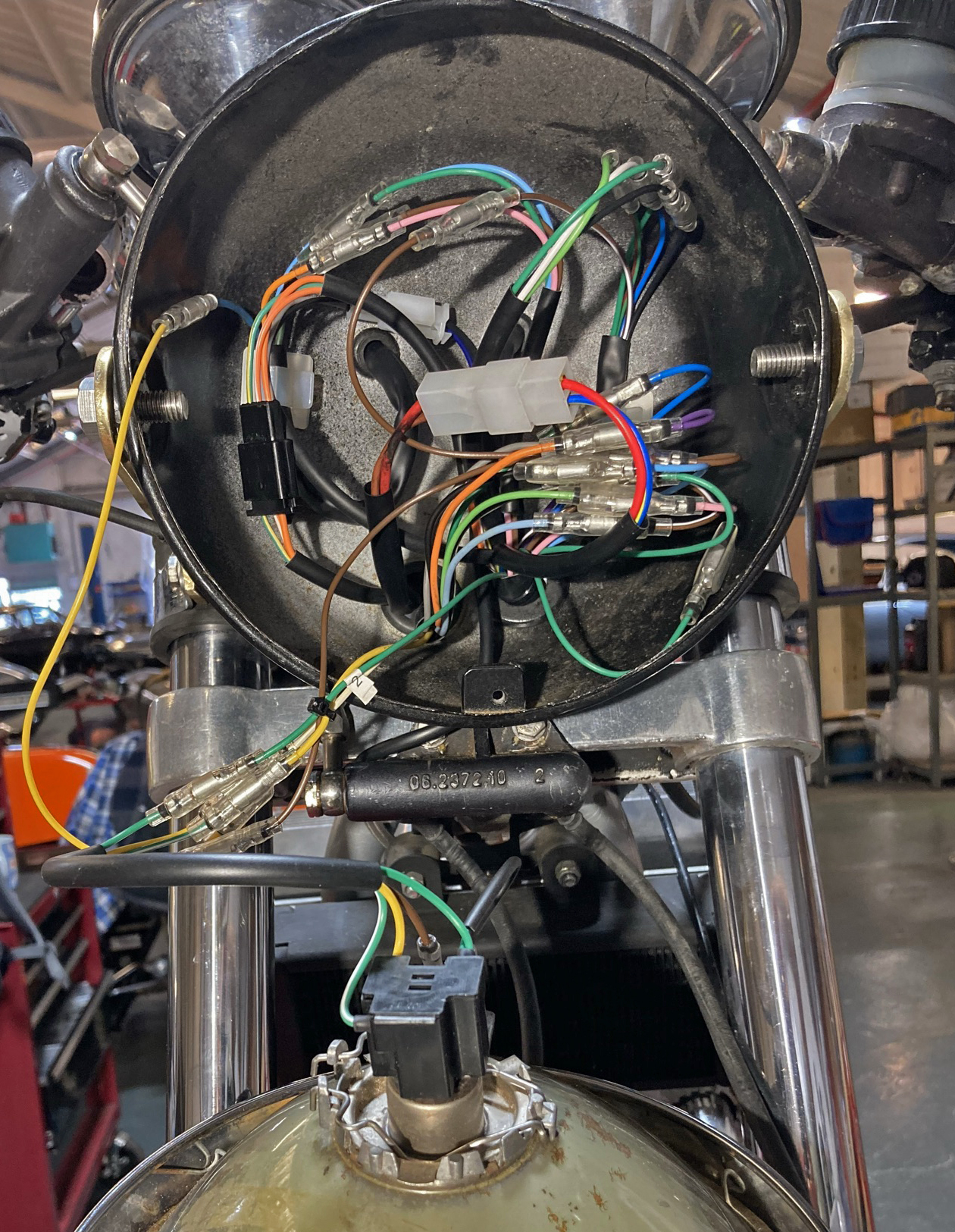 Angus may need to take the headlight off in future, so I fitted most of the wires in the shell with bullets. They wriggle out of the holes more easily

Many rivers to cross before it’s a runner, but Angus has most of it lined up: new rear mudguard, front master cylinder and wheels