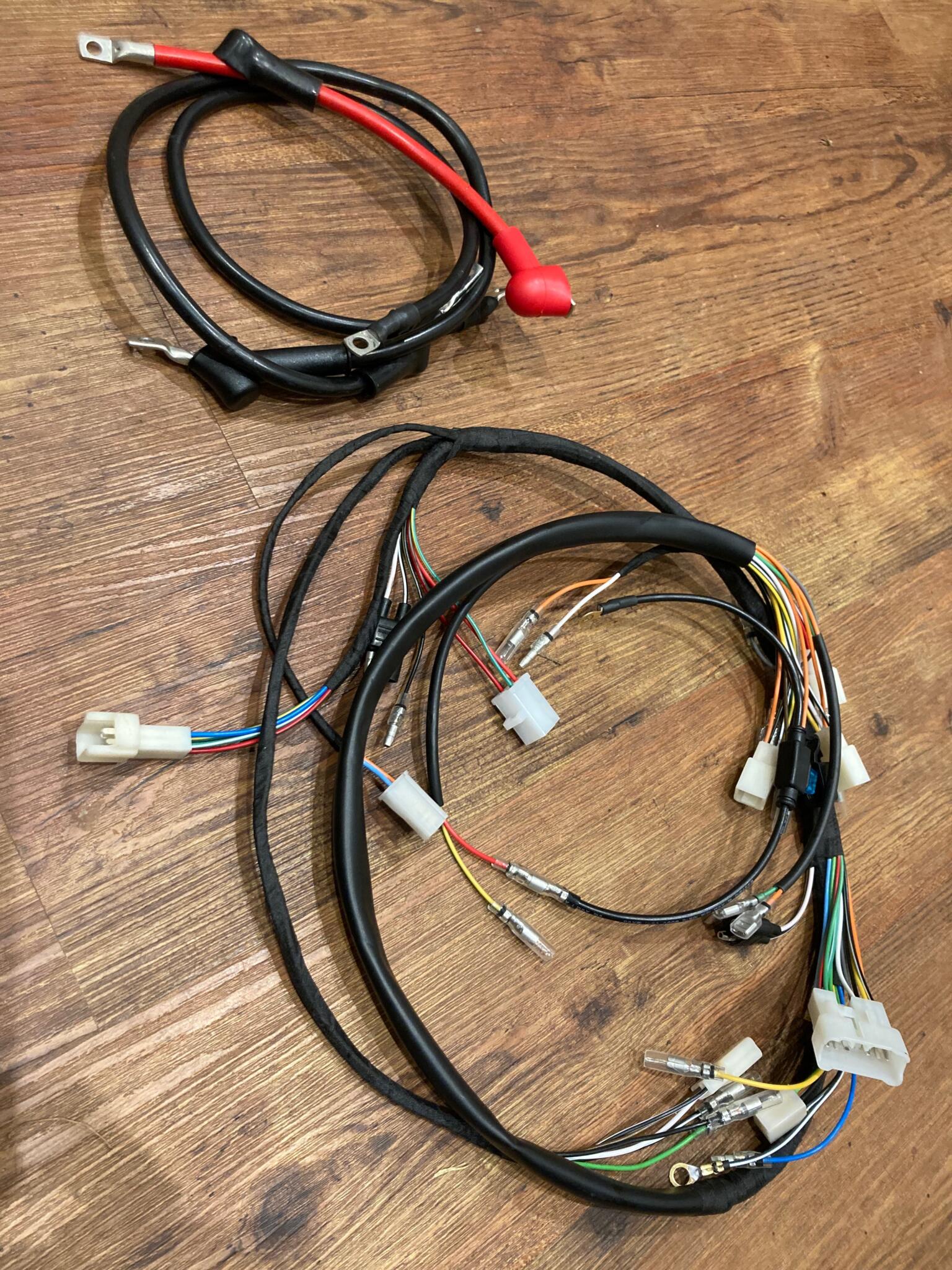 Here’s the replica loom, ready for packing into its box

Rob has owned his X5 since he was a nipper. It’s done 20,000 miles, winter and summer, and now he’s reached the point where he wants to restore it to its original glory.

For the teenagers out there, a GT200 X5 was the sporty version of Suzuki’s late 1970s two-stroke twin (the commuter variant was known as an SB200).

Rob wanted a standard loom to fit straight on to his restored X5. I explained I couldn’t make a loom that looked exactly like the original, because today’s materials (and my one-off construction techniques) are different. Modern thinwall cable is slightly narrower than the traditional stuff Suzuki used back then. Terminals and wrapping tape are different too. He was fine with that.

You can still get the Sumitomo ‘no-lock’ connectors, the 6.3mm block connectors and of course the 3.9mm Japanese bullets. But there were two plugs which I couldn’t track down anywhere: the ones going to the left handlebar switch and the alternator. I found something similar, and extended the cables a few mm to make up for fitting the matching plug to the other side.

Rob’s sending a pic of the bike when it’s built up later in the year. 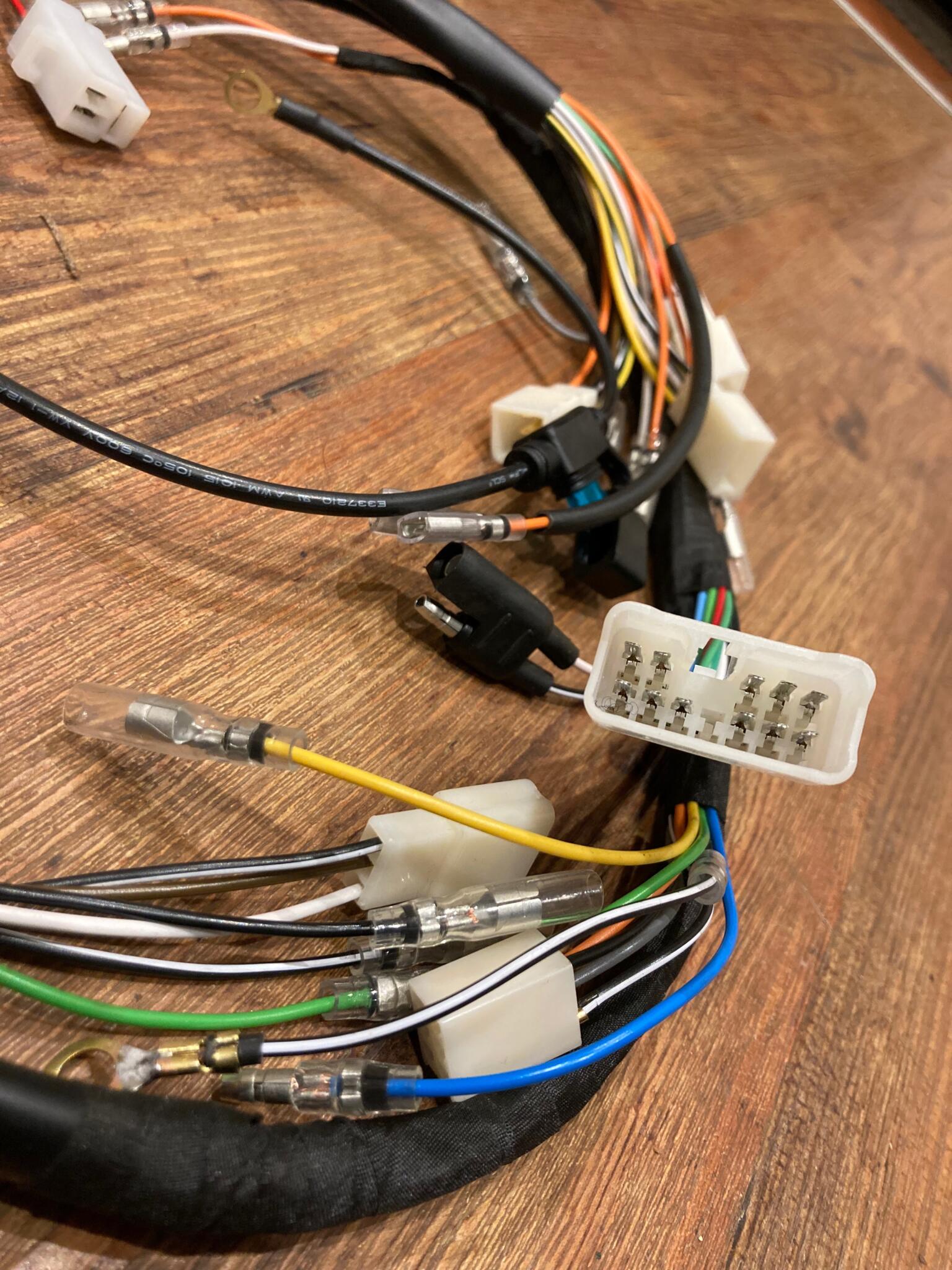 Like the 40 year-old original, but without the corrosion and damage