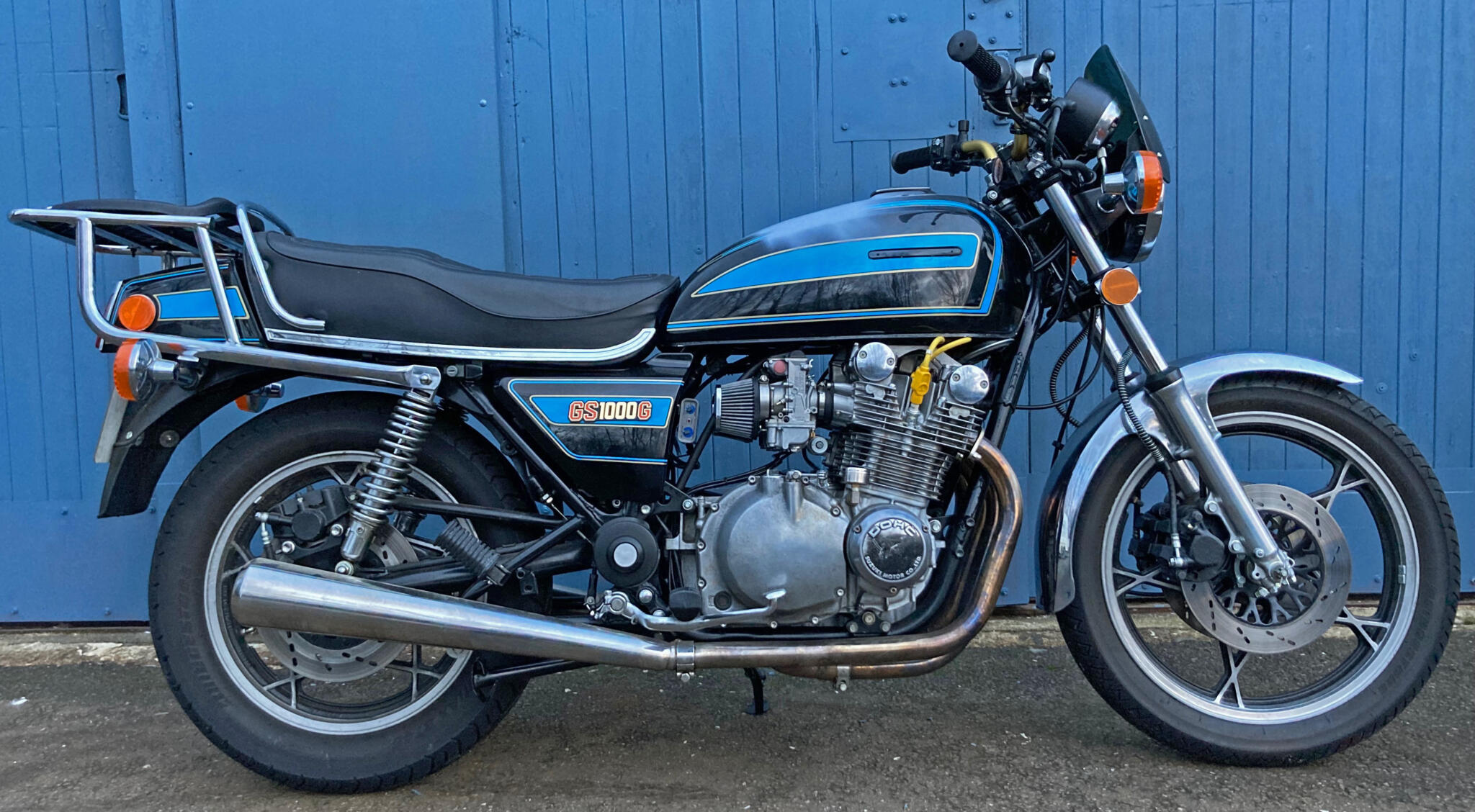 A lovely old thing, with a couple of sensible mods to carbs and ignition. The fuel tank is about to be painted 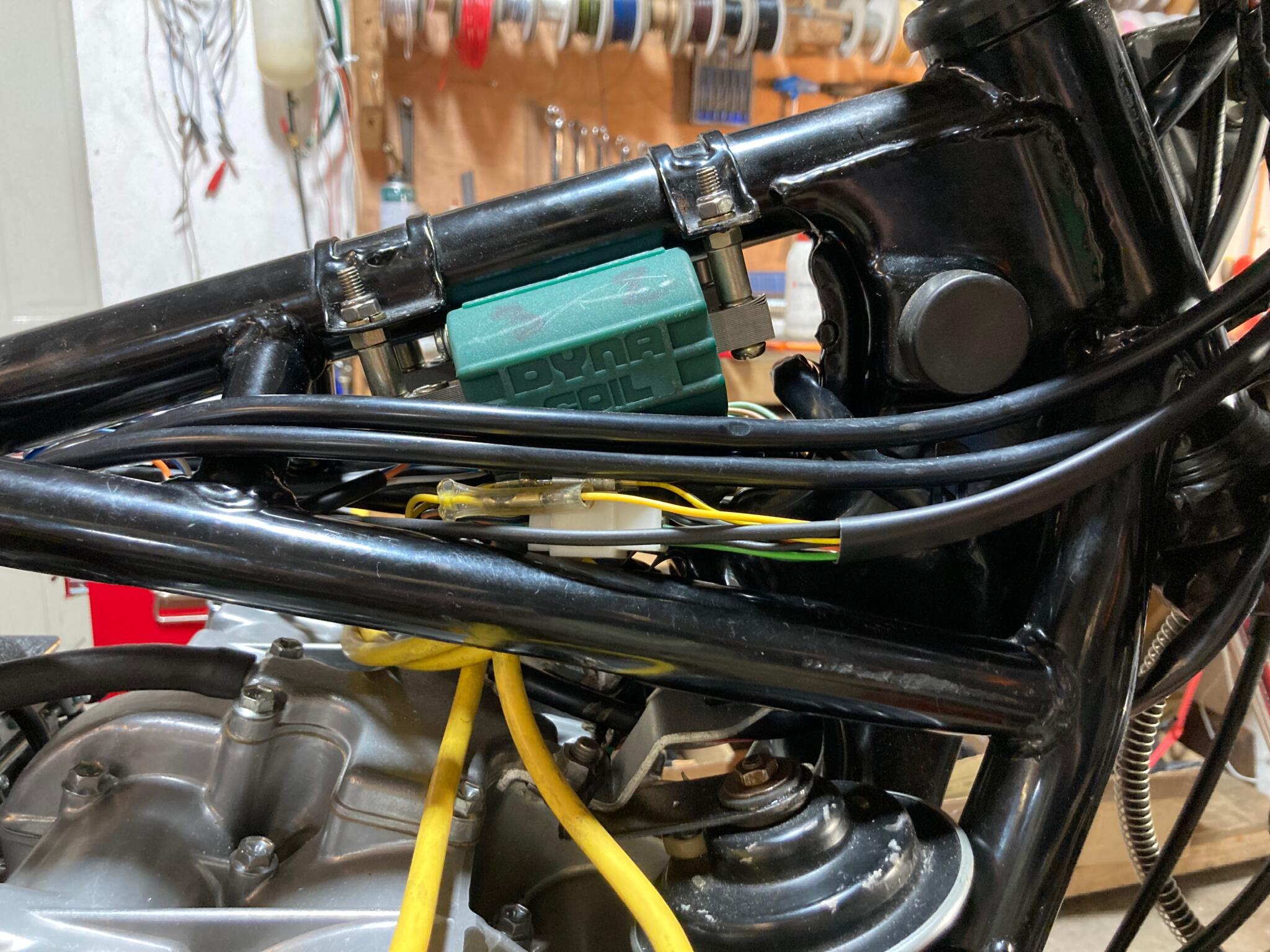 Dyna coils – excellent things, but a royal pain in the arse to fit 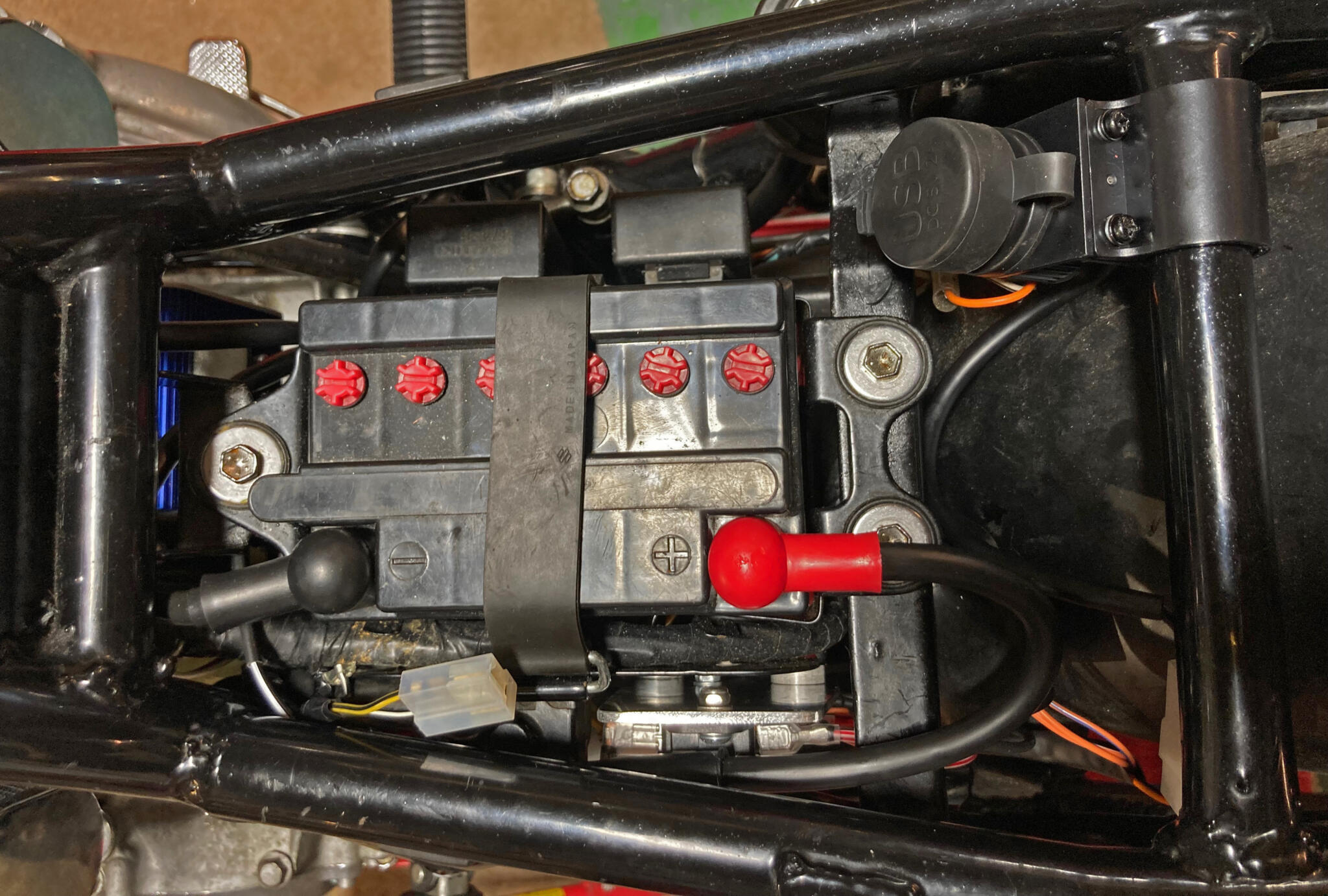 Brian brought the bike along for a complete rewire, but he had actually already fitted a new old stock main harness, plus several smaller sub looms and both handlebar switches. So most of it was really good. The only problem areas were around the fuse box and reg rec, and some rather knackered dash wires. I rang him up and suggested a couple of tactical repairs as a more cost-effective way of getting a reliable bike.

He agreed, and wondered if he could have a USB socket too. Suzukis of the 1980s and 90s have a separate accessory connection on the fuse box but it’s permanent, not switched, so not much use. The fuse box was corroded anyway. I slung it in the recycling bucket and remade the whole thing with an extra fuse for the USB (I find the Oxford Products one stays together better than the cheaper ones).

I really like jobs like this: you’re trying to do something new within the limits of a loom designed for a simpler world. Because the USB would pull an amp or two of extra current I added a relay, so the elderly ignition switch didn’t have to carry the extra load. Instead, all the main fuse supply was new 25 amp cable, rather than the original 15 amp.

Fixing the dash was just a question of scissoring open the cable bundles, evicting old repairs and adding new wires, sleeves and plugs. Sometimes you find wires that have been squidged, perhaps by getting caught in a lock stop. It’s tempting to leave them as they look OK-ish. But if you slice the insulation away you can see the damage and corrosion inside. So cut back to clean cable, make tip top repairs and stagger the joins.

The GS fired up a treat. It’s heavy old thing, but wonderfully simple and enjoyable to ride. Not bad for a bike that was ‘a wreck’ when Brian found it. 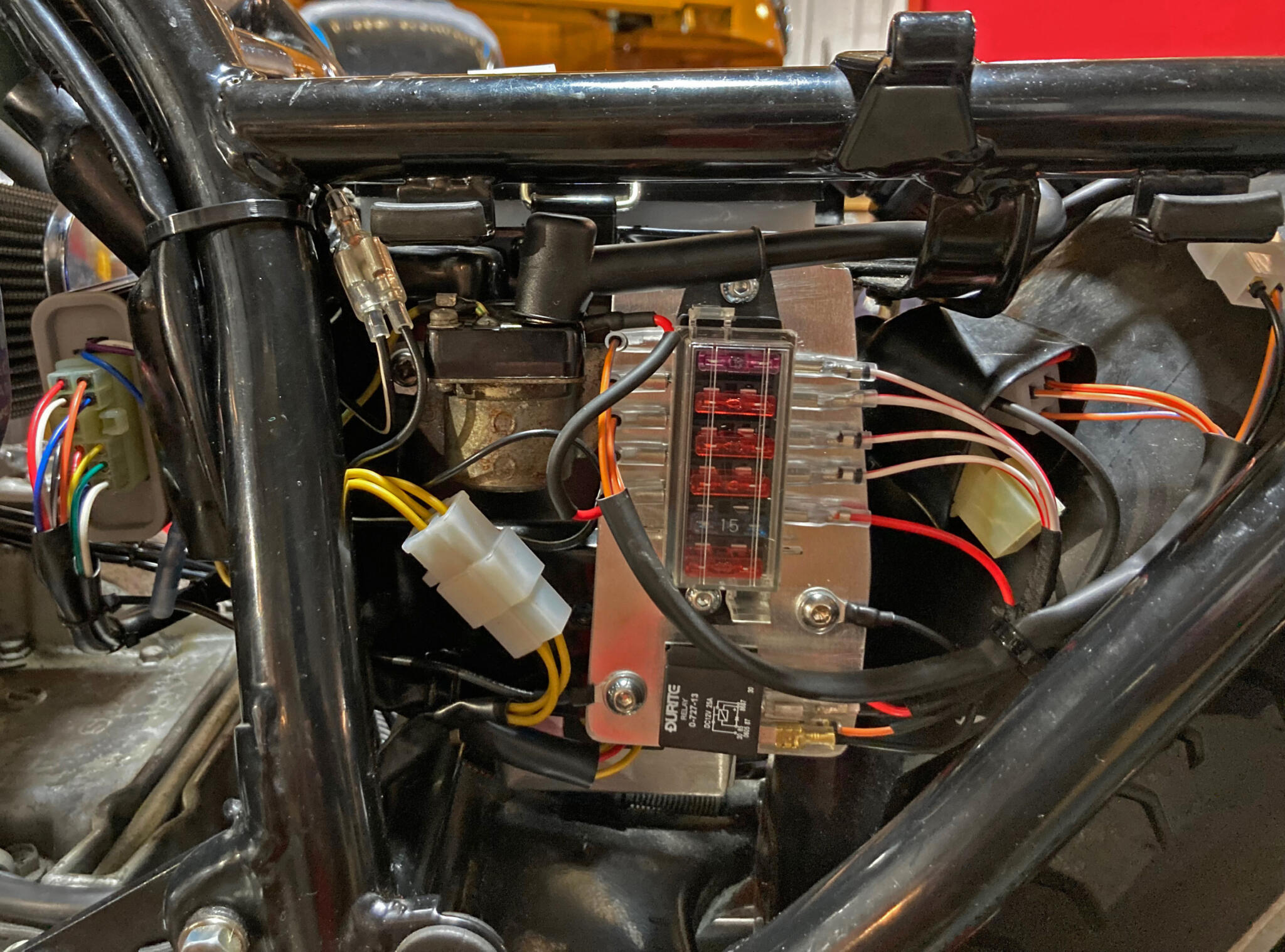 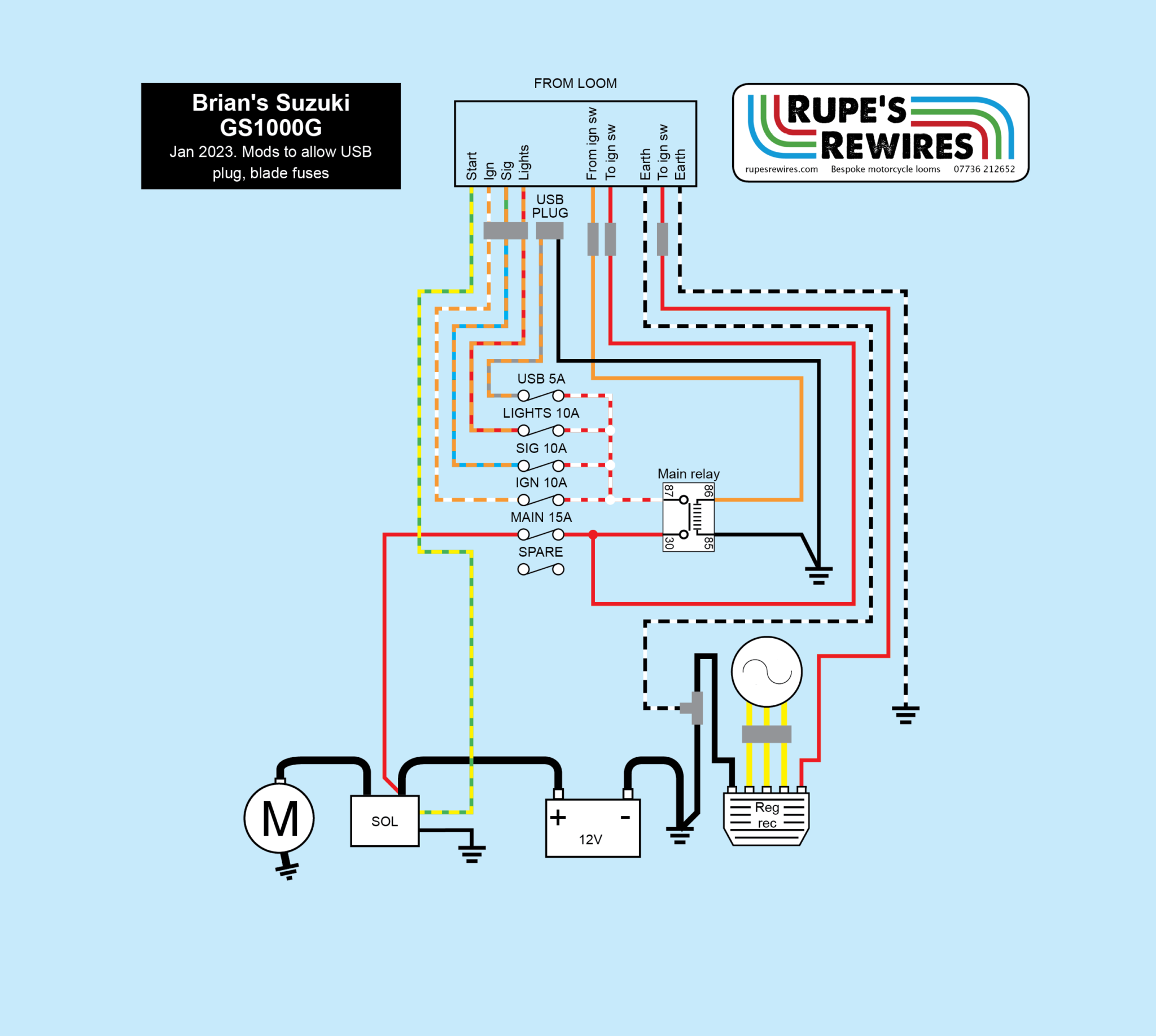 No need for a full diagram. This is the redesigned bit 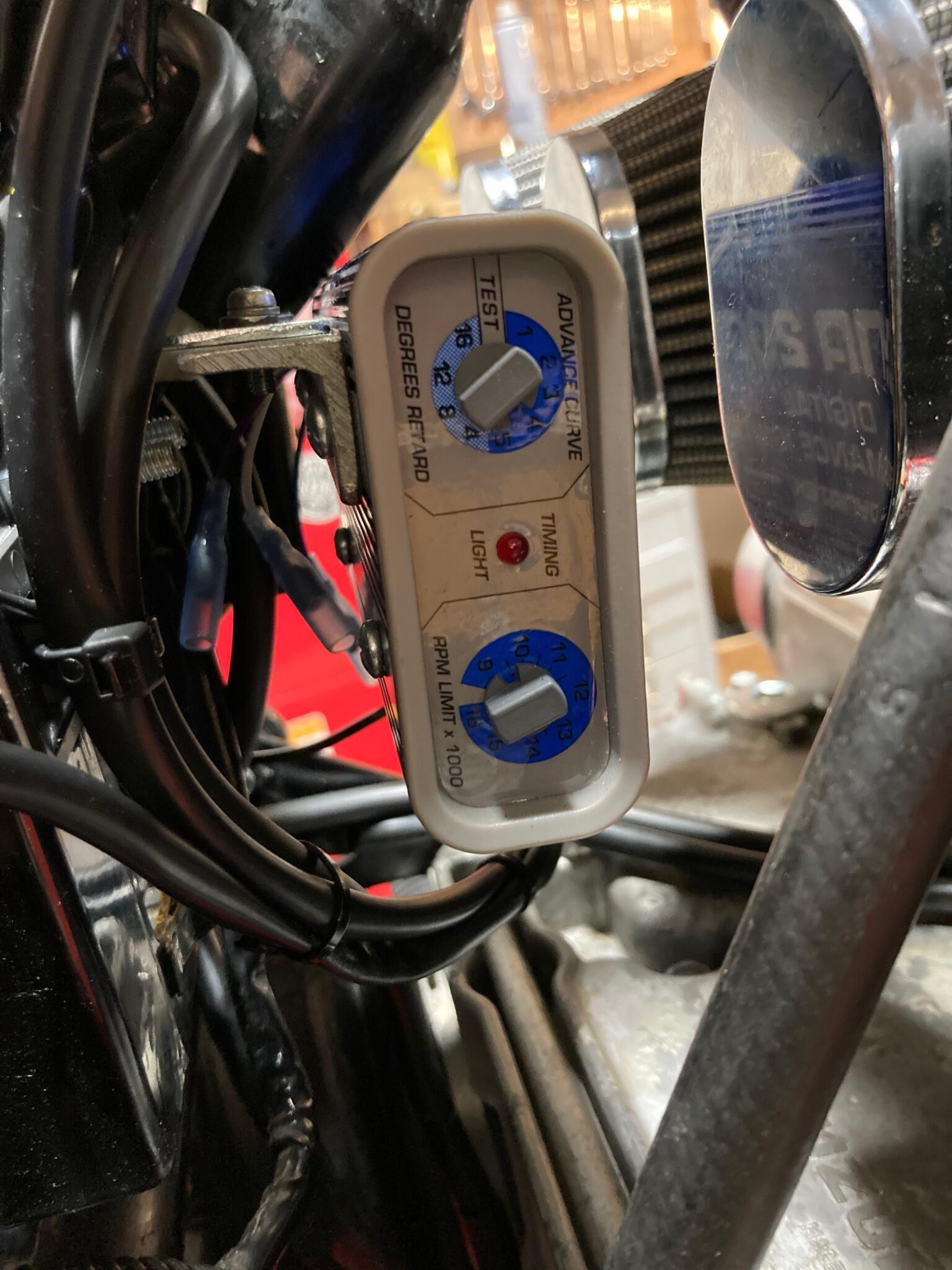 Brian had already fitted a Dyna 2000 ignition system. I just neatened up the cabling