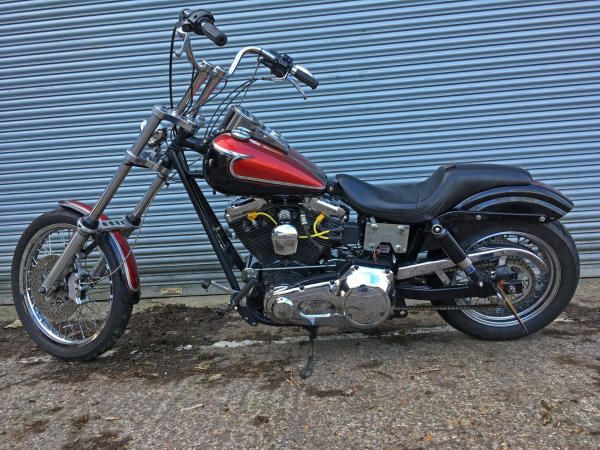 Apehanger bars, custom frame, huge forks… but it gets plenty of use 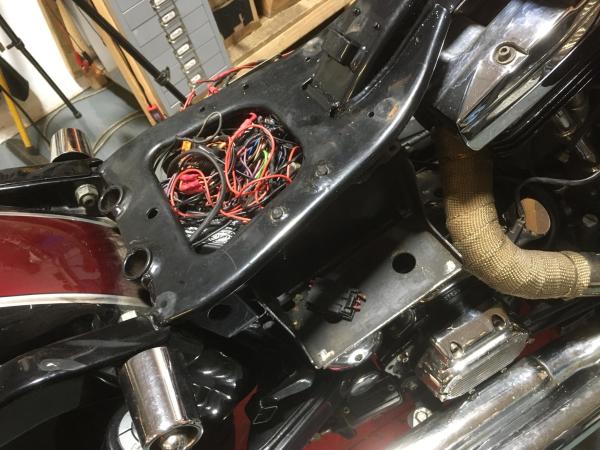 Underseat area on day one… 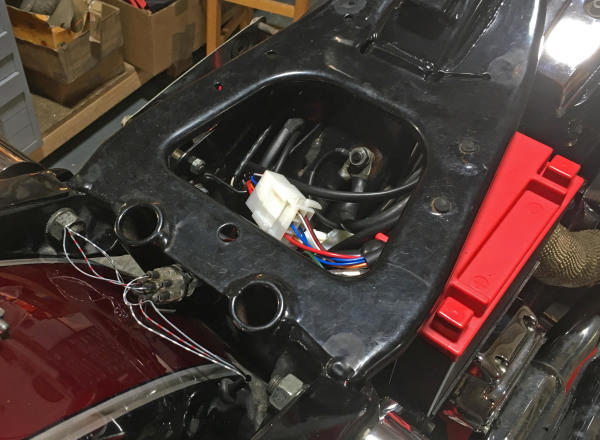 …and quite a few days later. Kellerman indicator wires on the rear mudguard 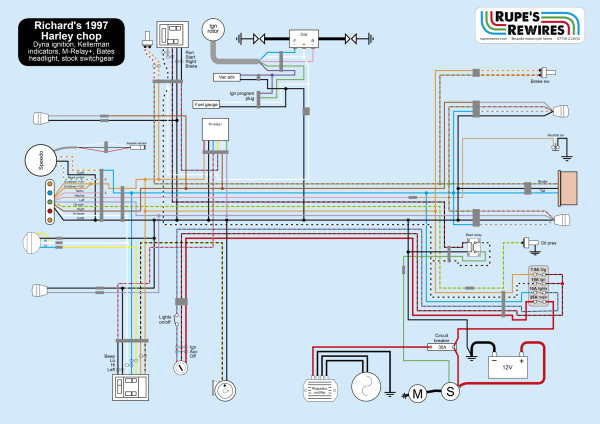 Richard’s owned this custom chop for 15 years and always got by electrically – until one day he rode over a pothole and the engine cut out. He wasn’t entirely surprised, and he brought the bike along with a simple brief: make it neat and make it work.

For good measure he wanted to replace the Crane ignition and OE coil with a Dyna ignition and aftermarket coil – and add the latest ATTO micro indicators from Kellerman. They are road legal, and incredibly small and bright. Even more amazing, the back ones also work as tail and brake lights. But with the usual titchy wires they are a hassle to fit properly. At the back I stuck the sleeved cables to the inside of the mudguard with CT1. At the front we needed a bracket. Scott the fabricator came up with a beautiful design that tidies the cables out of sight. It screws to the underside of the bottom yoke.

The Harley has push-button indicators so it needed a special flasher unit (Harley flasher units are umbilically connected to their security system, so not viable). Digital Speedos, my go-to shop for electrical gadgetry, had Motogadget’s M Relay+. £72 is a lot for a relay but the only other option is a £45 one made in Russia.

I may as well admit that this loom build was brain-bendingly difficult. On an old bike you need to restore the damaged parts first, and that can take a frustrating amount of time. The custom bars had holes for through-the-bars wiring but they were only just big enough, even using the thinnest possible gauge wires. With the indicators the main issue is making the step-up to normal connector sizes. Kellerman just suggest butt-crimping their cables to the main loom. I don’t agree. A crimped join is non-detachable which creates problems if you need to remove the indicators later. There are lots of other ways to do it. This time I used Japanese bullets packed out with extra PVC tube for the crimps to grip. You can see them on the pic showing the rear mudguard.

This particular Harley doesn’t have a ‘lights off’ switch so Richard suggested we add one to the tank-top console. It takes the strain off the battery when the frankly enormous crankshaft needs to move (did I mention the engine is tuned?).

Testing the bike afterwards was a good moment. Its next stop is Maulden Motorcycles for ignition timing and a couple of routine maintenance jobs. 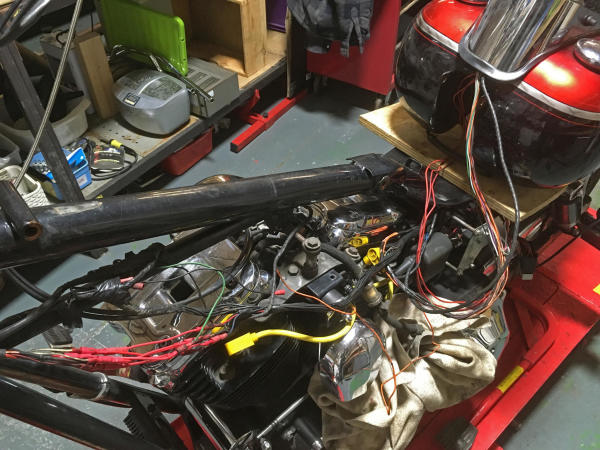 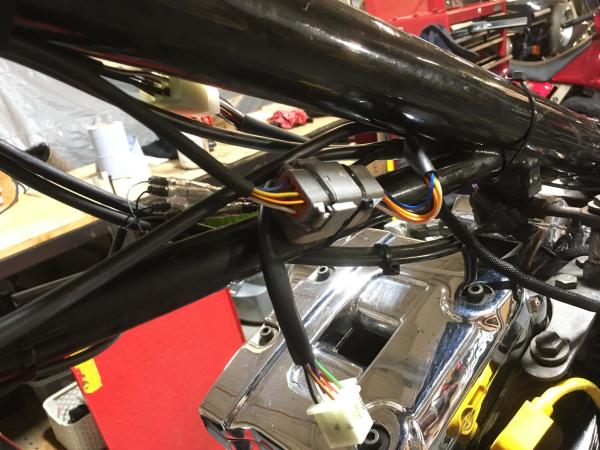 The same thing simplified. The loose plug is for the tank-top speedo console 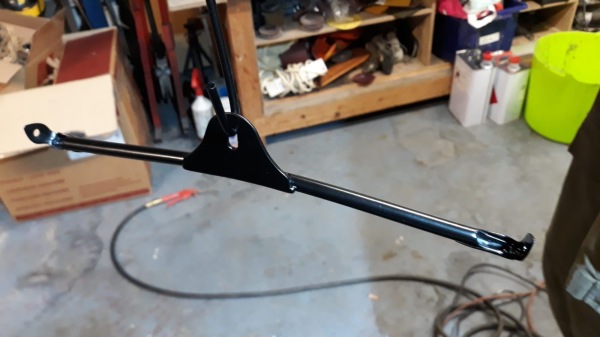 Scott’s front indicator bracket: the cables run inside the tubes and emerge centrally 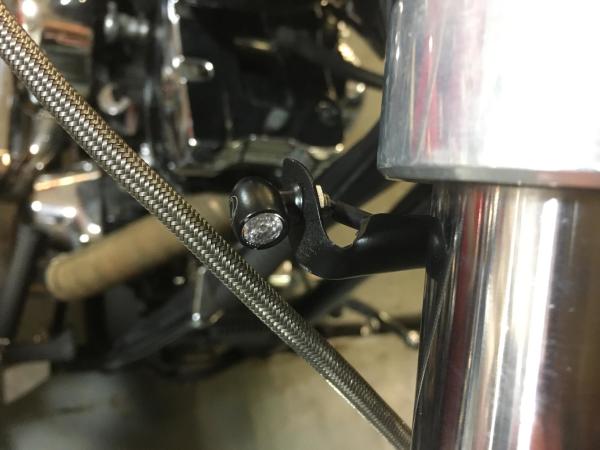