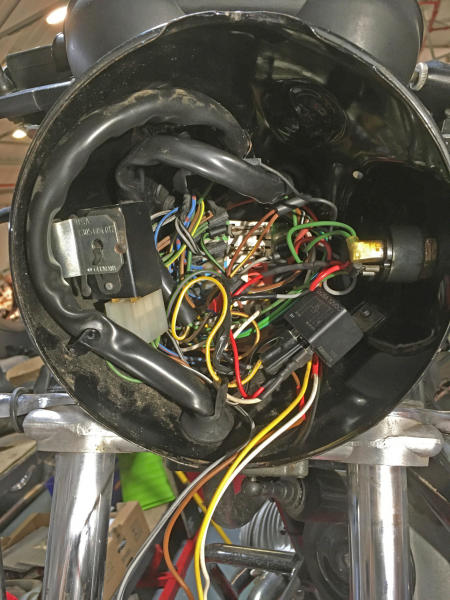 A stock R90S: flasher on the left, headlight relay in black, ignition switch on the right, fuse board at the back. And some scorched wires 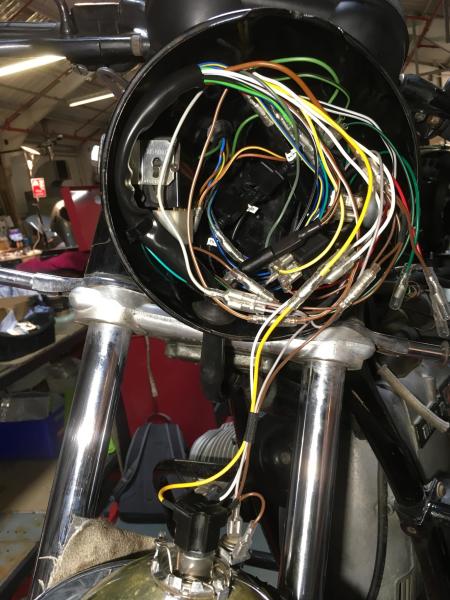 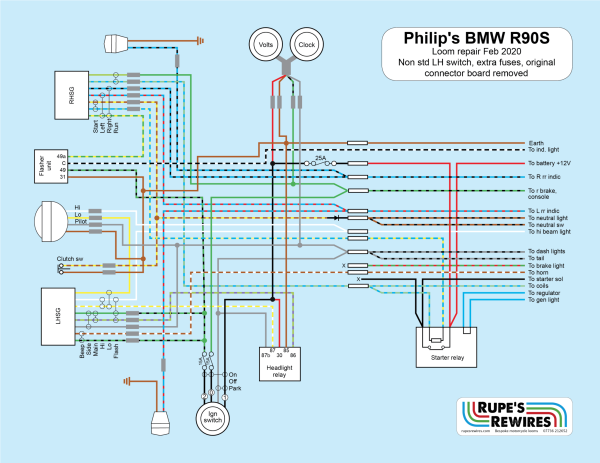 These old twins are beautifully made machines but after 40 years the electrical problems start cropping up.

Philip initially brought his R90S in because the headlight wasn’t working. A few tests showed that the headlight relay was burned out. I didn’t have one in stock so he ordered and fitted a new one. That worked OK, but the relay was buzzing. We’d also noticed a few wires had been getting hot when we’d been poking around in the headlight. A couple of months later, Philip decided it would be a good idea to bring the bike back for a front end refresh.

This was a wise move: another R90S I repaired last year had actually caught fire in the headlight. Over time the resistances build up, and with that comes heat as the electrons strain to get through old connectors and wires. The problem is made worse by the fact that these bikes don’t have a main fuse. So if the direct feed to (usually) the clock overheats, there’s nothing to stop a thermal incident.

It was the same with Philip’s bike. All the clock and volt meter wires had started sticking together. Time to clean up the connectors and make a new sub-loom. I also serviced the starter relay terminals and connectors. The relay is just behind the headstock and under the brake fluid reservoir, so it collects plenty of corrosion.

The rat’s nest of wires in the headlight can be re-jigged to improve all the connections, partly using the existing wires. You remove the old spade connector board at the back with its ceramic fuses, cut back the original cables, and fit Japanese bullet connectors and blade fuses. Sometimes you can ditch the headlight relay but Philip’s bike had an early ignition switch so that wasn’t possible this time.

Everything had tested fine during the build so I was sure it would be OK once the bike was finished. But it wasn’t. No headlight. Caused by no volts to the headlight relay. It turned out the handlebar switch had a manufacturing defect: a dicky soldered joint. It had probably been causing an intermittent connection that burned the original relay, and caused the buzzing on the replacement one. Now the wire had broken completely.

Fortunately these switches are rebuildable, so the damage could be repaired. The bike now has clean, fresh wiring and proper connections in an area that was starting to get dangerous. Another problem headed off. 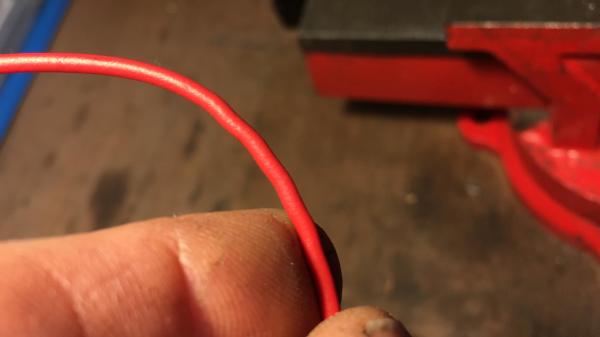 This red wire (which feeds the clock) is slightly wobbly. That’s because the insulation is getting so hot it’s starting to melt. Fixing it is not the sort of thing you put off 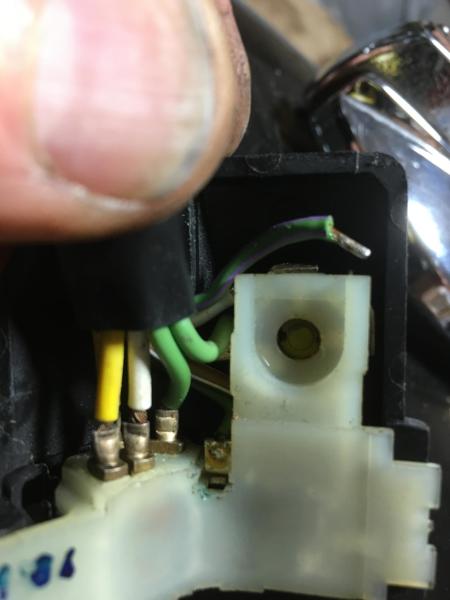