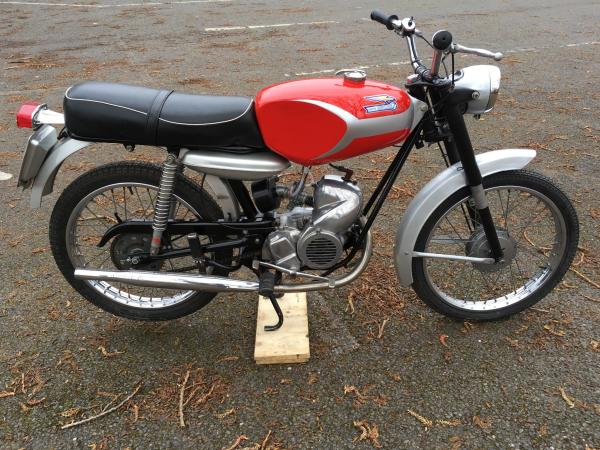 How good does this look? The centre stand is a bit bent, hence the ply base 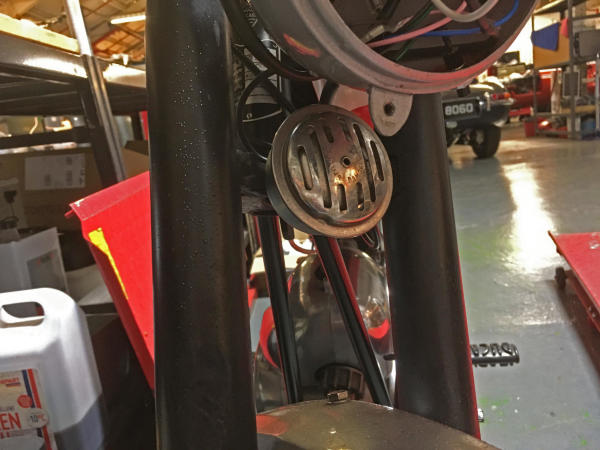 The bike needed a horn, and I found this 6V AC example in a box. It suits the 1960s vibe 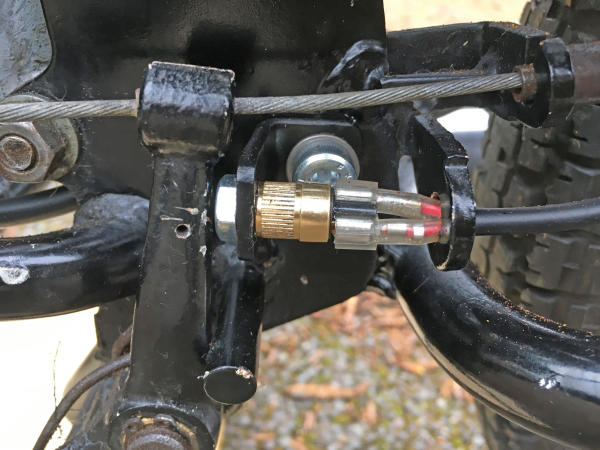 The bike came with a Lucas rear brake light switch – a horrible thing that couldn’t be made to work reliably. I used a Gilera Runner 125 switch on a custom bracket. Smaller, neater and it works

This gorgeous little Italian dates back to the days when Ducati only made two-strokes. Richard used to have one when he was a kid. Now, he thinks, it’s one of two 100cc Cadets left in the UK.

Its electrical system is hilariously primitive: two AC coils run the bike. One powers the 6 volt rear brake light filament. The other handles the 6 volt front and rear light, plus the horn when you press the button (and dim the lights). Ducati originally fitted a coil to the lighting circuit to buffer the current surges, but today a 6 volt regulator is a better option.

The bike had been rewired at some point with fairly random colours, and some less-than-perfect repairs. Richard wanted it to be reliable, so I revamped the whole thing, optimising the earths as much as possible. I also fitted a period horn and horn button.

The big snag turned out to be the headlight: it takes a bulb you can’t get any more. It’s the same size as a stop/tail light, but needs to be 25/25W to balance the lighting coil’s output. We discussed what to do – Richard is taking a chance on finding a new old stock bulb. The other option is to hack the Ducati reflector with a Dremel to take another 25/25W bulb fitting.

The bike started eagerly but the big end sounded terrible! “The engine rebuild is the next job,” said Richard. When that’s done it’ll be an absolute beauty to ride. 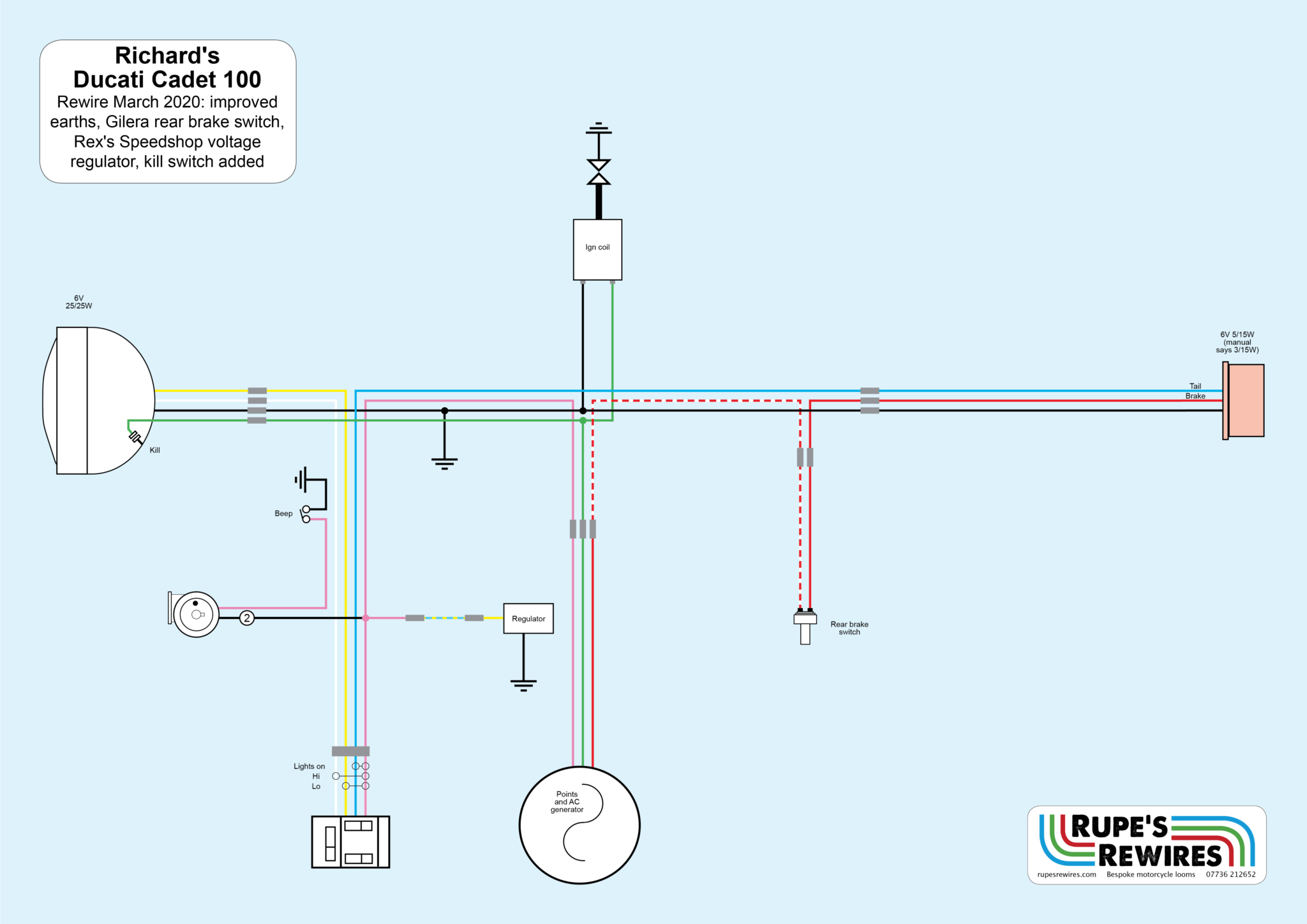 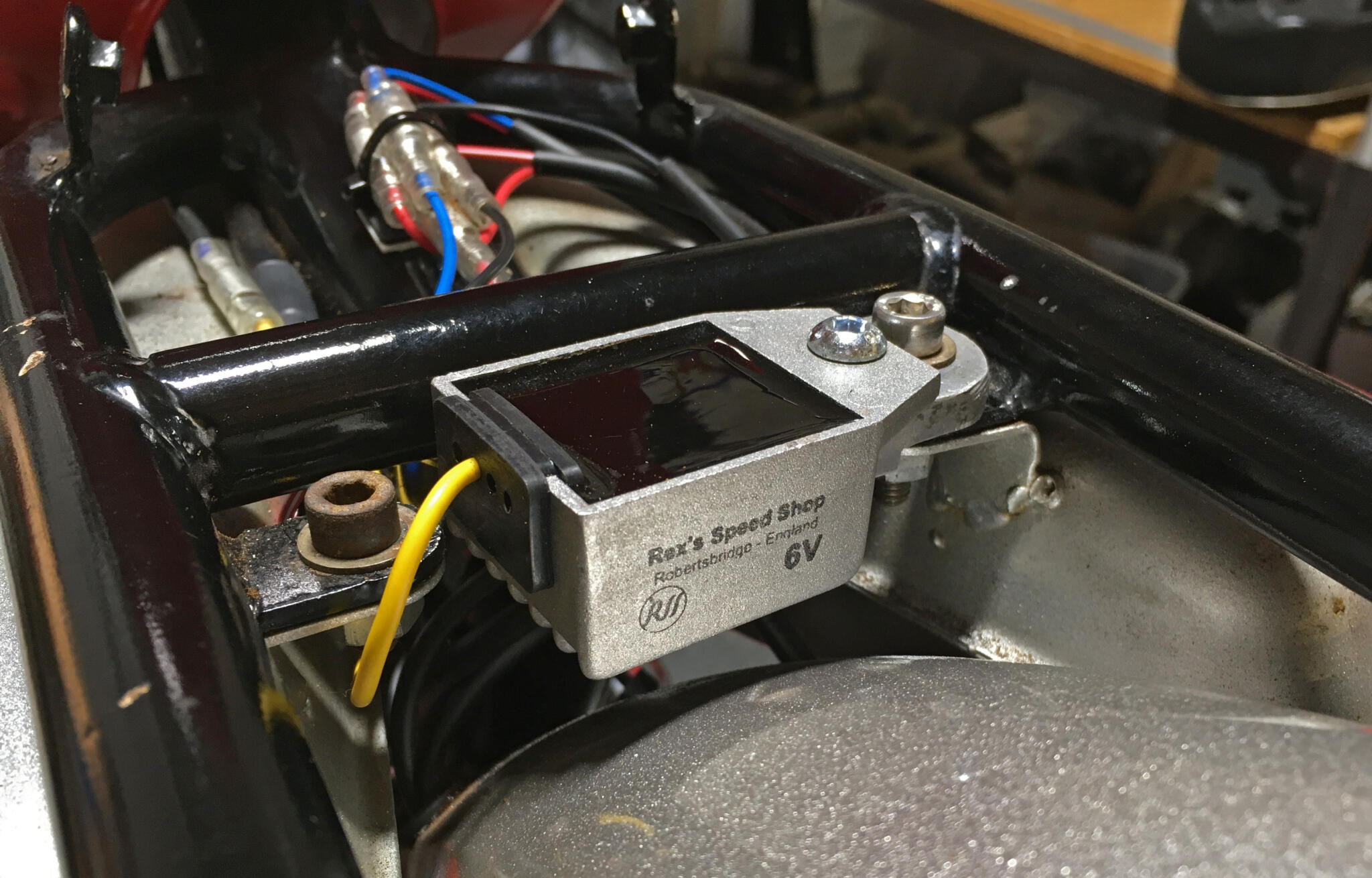 Ducati originally had a little coil in the headlamp shell to soak up current surges. This Rex’s 6V regulator fitted under the seat will do the same job 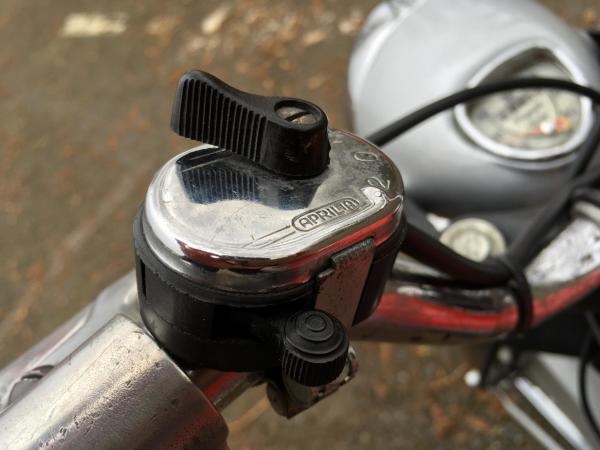 Before Aprilia made motorbikes they made lights and switches 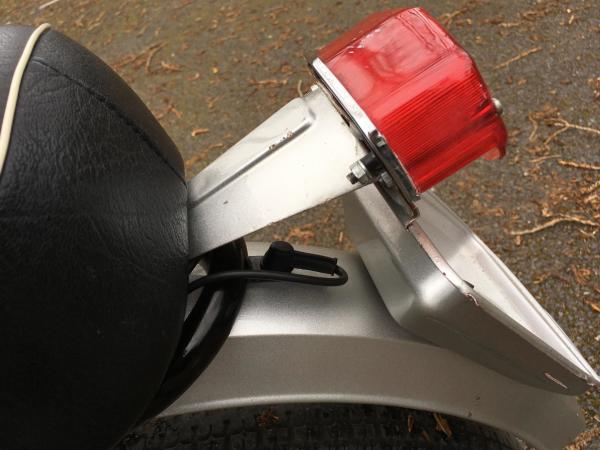 Through-the-frame earths are always a problem. I couldn’t earth the light itself so as a compromise I earthed the mudguard instead