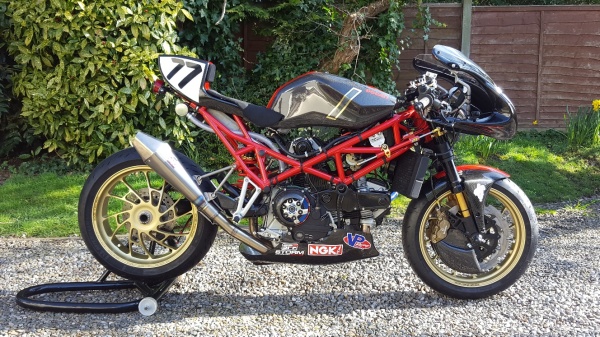 A profile of some distinction 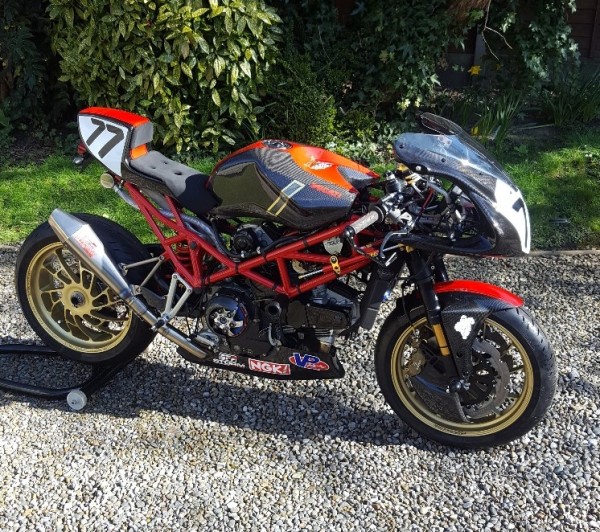 Russ is a customer from 2015 (you can find the original post a few pages back). He’d managed to find one of the last sets of bodywork built by Pepo Rosell at Radical Ducati in Spain, and brought the part-finished bike along to get it running. I adapted the existing ST2 loom, which was probably more complicated than making one from scratch. But it ran, and Russ has been sending me updates every now and then.

Here is the finished bike. Width of a whippet, poise of a leopard, weight of a mongoose.

“It was not an easy journey,” Russ says. “We had to get the bike to Ducati to have the throttle position sensor set up, and a few tweaks on their laptop. We’re still playing around and fine tuning the Translogic dash. Thanks again Rupe.” 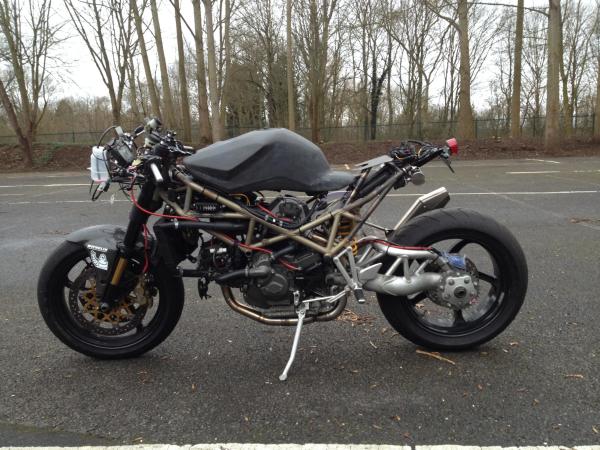 Here’s the bike leaving the RR workshop in 2015 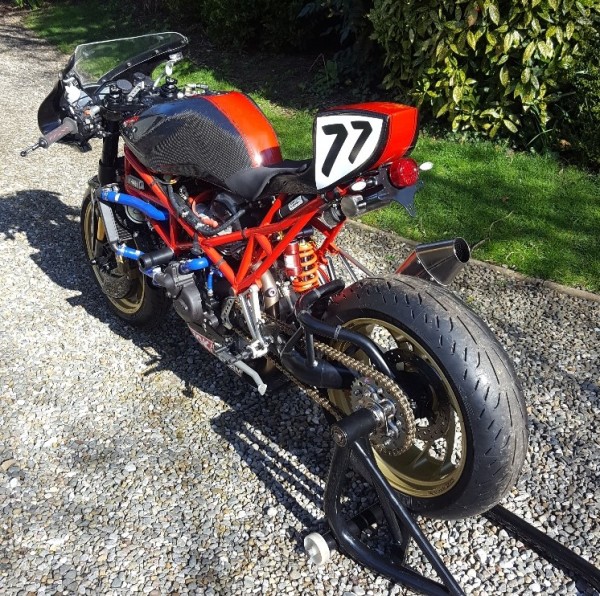 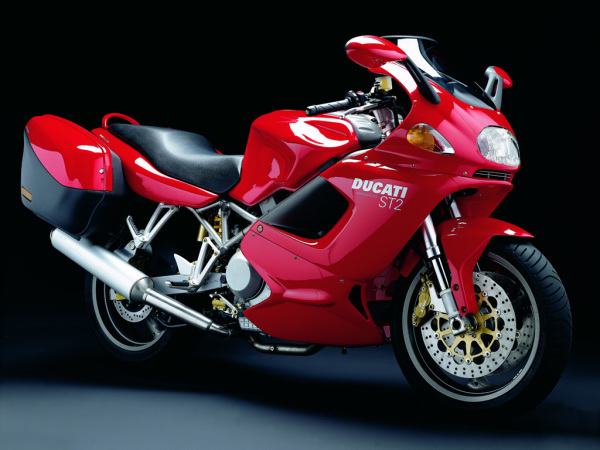 And in case you aren’t familiar with Ducati’s ST2, it looked like this