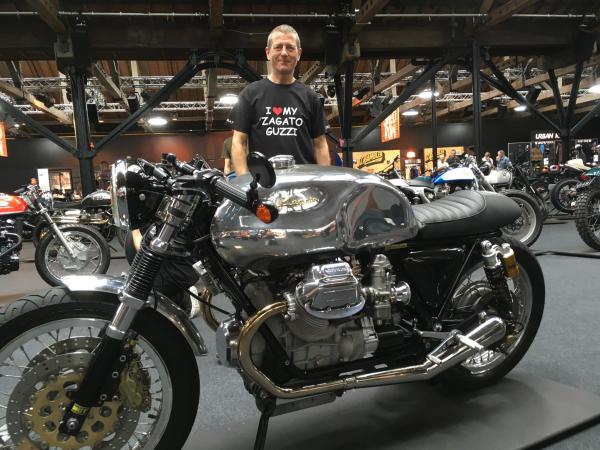 A seat with built-in electrics

I built a loom for Brian’s Zagato Guzzi a few years ago (scroll down to find it). At the time he’d built a tail light into the back of the seat. We discussed using a van door connector so that slotting the seat on would instantly light up the tail light. But we couldn’t see how to do it. In the end I just did a long cable with a plug he could undo.

At the 2019 Bike Shed show I met Brian again, and he’d cracked it. A computer port provided the contacts. A 3D-printed housing held the port connector. Two stainless pins provided accurate location of the seat so that the contacts connected. It took Brian three months to get the system right, but it works perfectly. Click the seat on, the tail light lights up. He spent the weekend demonstrating this minor miracle to anyone who asked. And why not?

In theory you could do this to any bike with a seat that clips or hinges. But it would be seriously expensive to do. Ideally you’d get it right before painting or powder coating the frame. 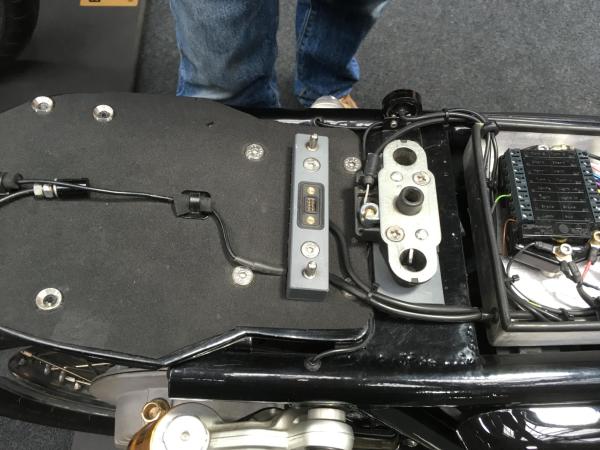 Here’s the rear sub frame. From the right: the M Unit, the stock Guzzi seat lock with its two locator holes, and finally the new tail light plug 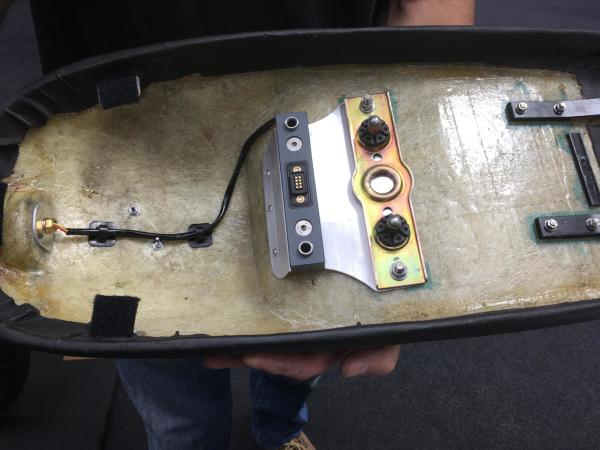 And here’s the underside of the seat. The Guzzi locating pins are fine for a seat but not for a connector plug, sitting in the middle of the grey housing. The sockets at either end take the stainless pins on the bike itself