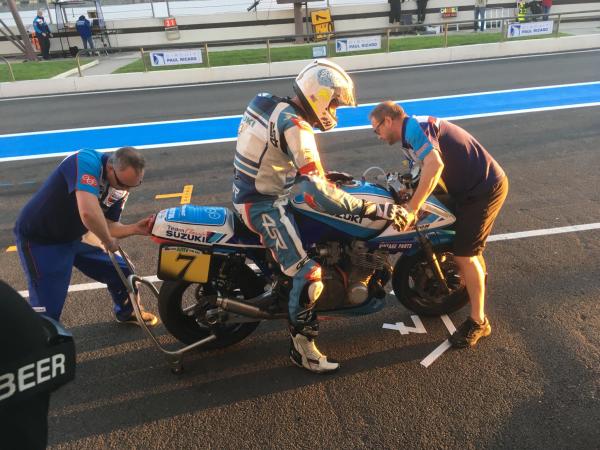 Rider change at circuit Paul Ricard in the south of France. Chief mechanic Ben on the paddock stand, Peter Boast riding and crew chief Jez on the stop line 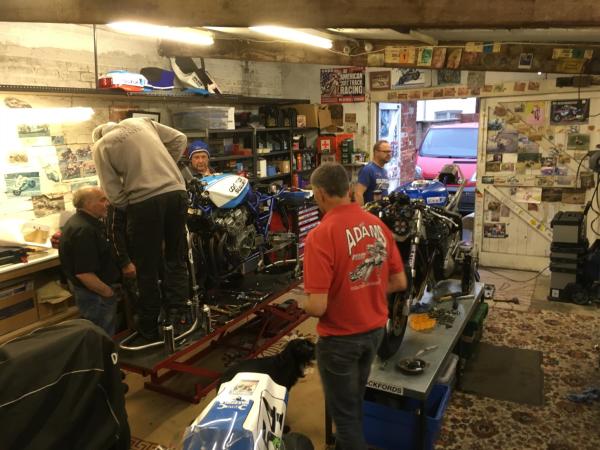 A typical pre-race evening in Boasty’s workshop. As well as all the humans there are two dogs helping

This is the bike built to showcase Suzuki’s Vintage Spares scheme, which has restarted production of spares for their best-loved old bikes, including the Katana. For 2019 the bike is being run by team Lincs Classic Suzuki, which is my old mate Peter Boast and his merry band of seasoned engineers and mechanics.

We are competing in the 2019 European Classic Endurance Championship. Round 1 was Paul Ricard in France (we came third in class), Round 2 Oschersleben in Germany (crashed on oil with eight other bikes). As the team rebuilt the bike for Round 3 at Spa in Belgium (July 7) we decided to replace the wiring. Race bikes get pulled apart and rebuilt endlessly so the old loom was modified and patched. Crew chief Jez had already made a separate lighting harness, so I did one for the ignition and dash.

It was great fun in Boasty’s workshop with loads of people working on the team’s bikes, posters on the walls going back to the 1970s, and Boasty’s mum Hilda making us tea and sausage rolls. The bike will be ready for testing by the weekend, a week before the race in Spa on July 7. It’ll be ridden by Richard Steadman and Al Fagan. The team’s other bike, a GSX-R750 which has also appeared on these pages, will be ridden in the same race by Peter Boast and Guy Martin. 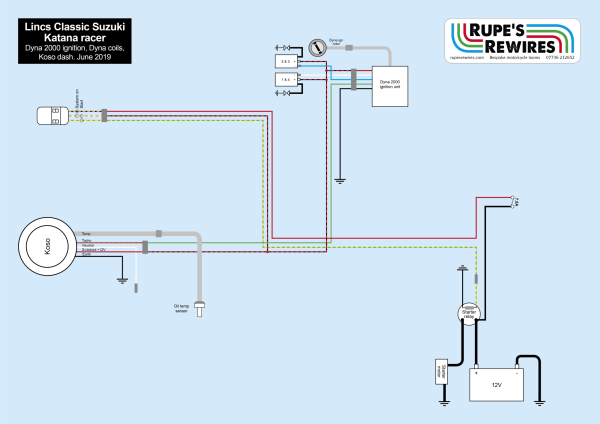 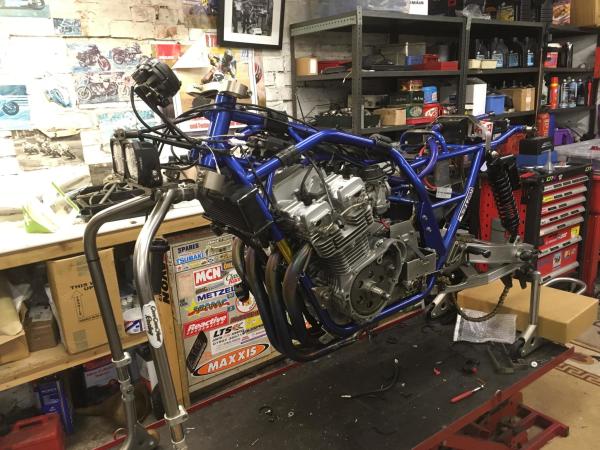