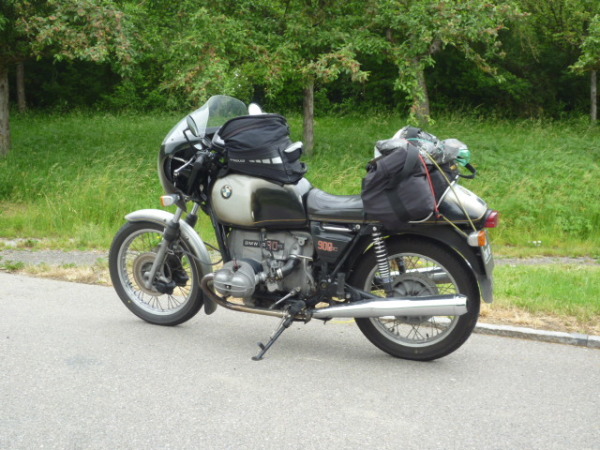 A few months ago I worked on an R90S belonging to Robert, an ex racer living in France. He’d had the bike from new in 1973 and the headlight wiring had finally caught fire. He couldn’t get it sorted out in France so he trailered it over here.

Racing against time I fixed the loom and he nearly caught the ferry back he was booked on. Anyway, he got home in the end and a few weeks later went touring. Here’s his report:

“Here are a couple of pictures of the bike in Czech Republic and Poland in June. 3500 miles in 11 days, great weather, hotels, people and beer. Good roads too – hills, forests and dales, all a young lad like me could ask for.

“The bike went well with no problems. It shared the trip with three other modern machines: a Harley, Triumph 1200 and a Honda Blackbird. They managed to keep up!”

I think that’s a reasonable test of man, machine and new wires. 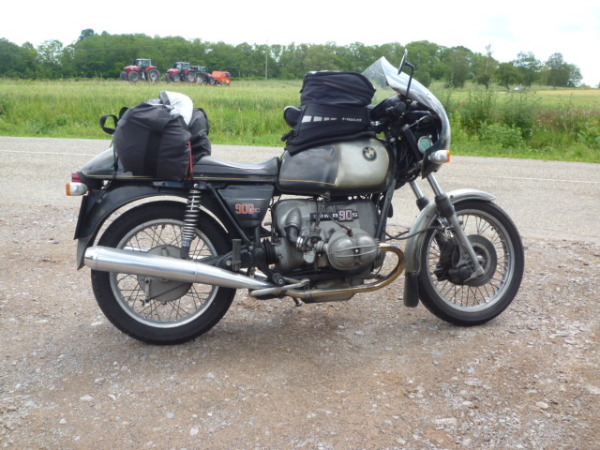 What else do you need?