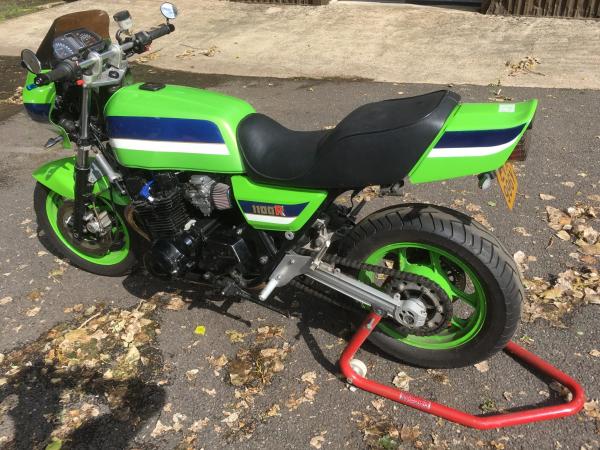 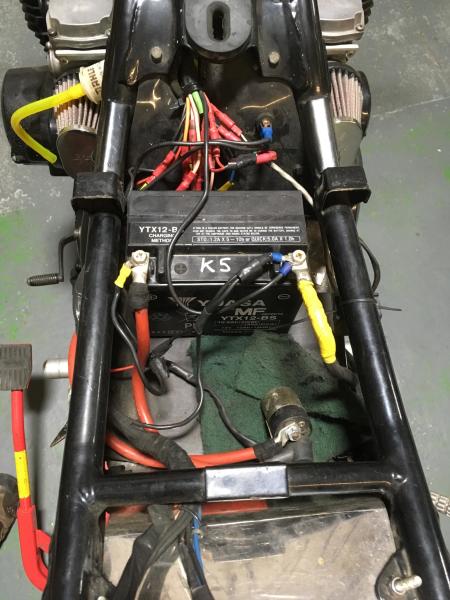 Here’s the area under the seat as the bike arrived… 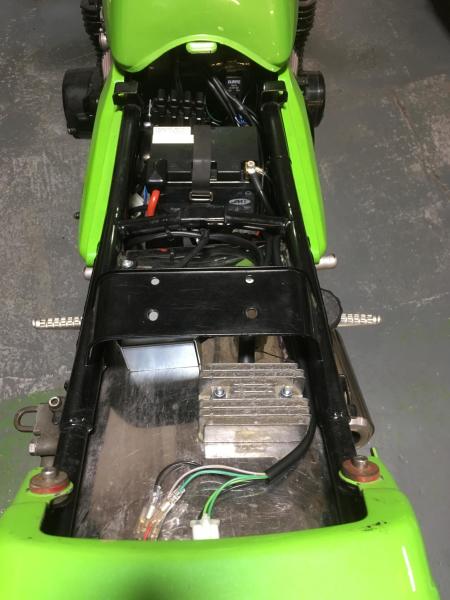 …and here it is a week or two later 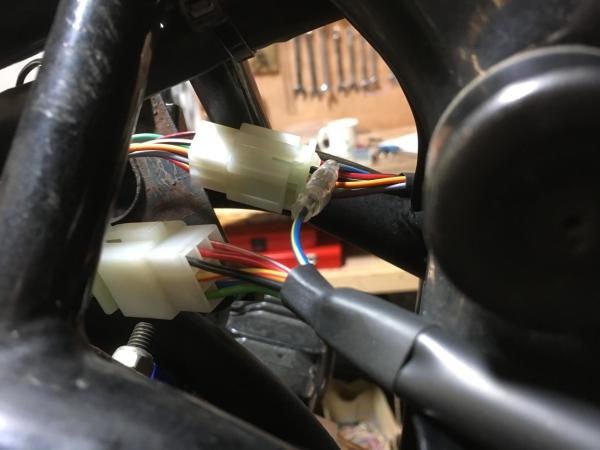 Knackered switchgear cables given a new lease of life

This is a well-used 1980s Kawasaki, much hacked about, so Jon is renovating it. Instead of an ignition key he had bought a Thatcham-approved immobiliser that responds to a fob with a transponder. It’s designed for cars but can easily be adapted to a bike.

The wiring when it arrived looked terrible, mainly because it used those red pre-insulated bullets and lots of thick cables all the same colour. The soldering and cabling was actually pretty good, but most of the components needed brackets making to mount them securely. This can take a while: the bits to retain a battery or hold a solenoid in a rubber mount are surprisingly complicated to cut, bend, finish and paint.

The bike also uses a GPz1100 B2 dash, with different wiring than the original Z1100’s. The GPz’s LCD display has lights for side stand and battery, so they needed disabling to stop them flashing.

The loom was a complicated job, but good fun to plan and build; the stainless undertray meant there was lots of room under the seat. Once the bike was done it fired up fourth time, which didn’t seem great until we realised the fuel was very old. In fact, it was amazing it ran at all. That’s Dyna ignition for you.

Eagle-eyed villains who study the wiring diagram may imagine they can bypass the immobiliser and start the engine (always assuming they could find the bike).  Not so fast. I have switched the wire colours in this diagram, so unless you have a brain the size of a planet it ain’t going to help. 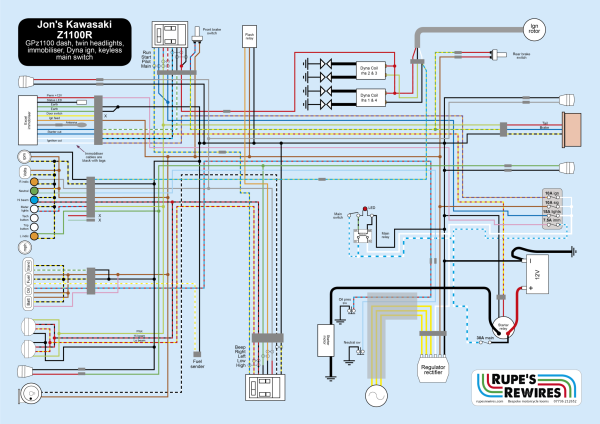 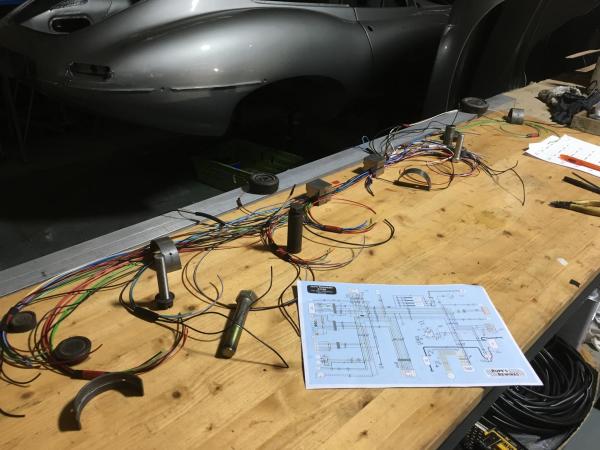 The loom in progress, held down with Jaguar XK engine main bearing shells 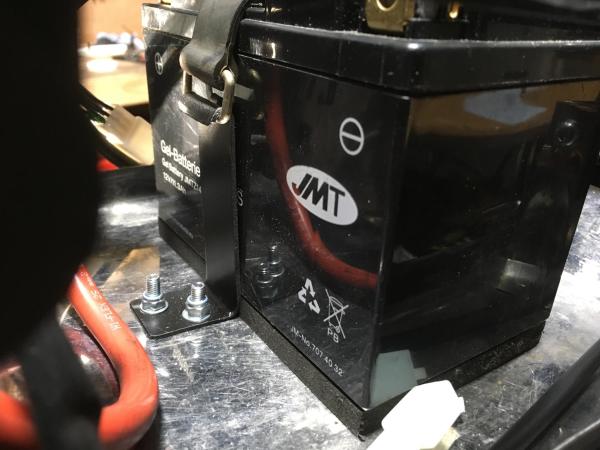 This seems to be the best way to mount a battery on a flat surface: sit it on foam, make some hook brackets and finish with a rubber strap 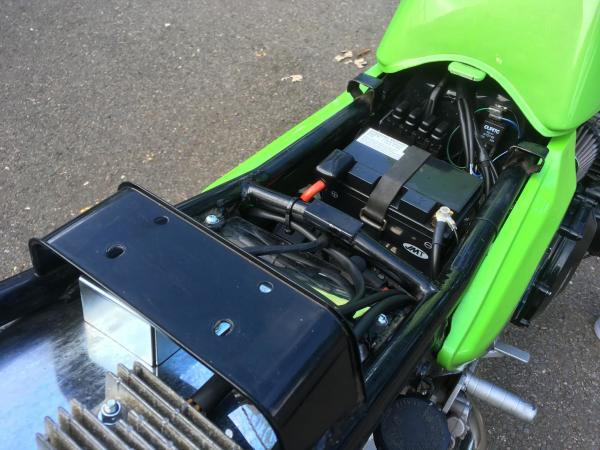 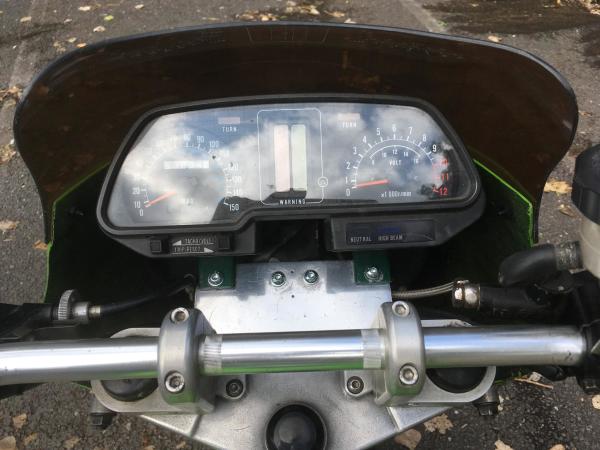