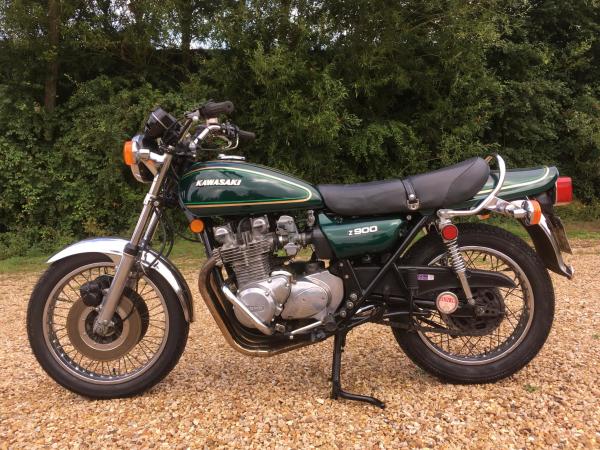 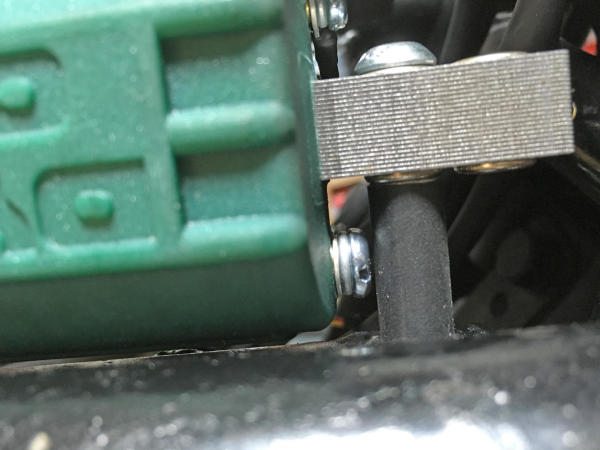 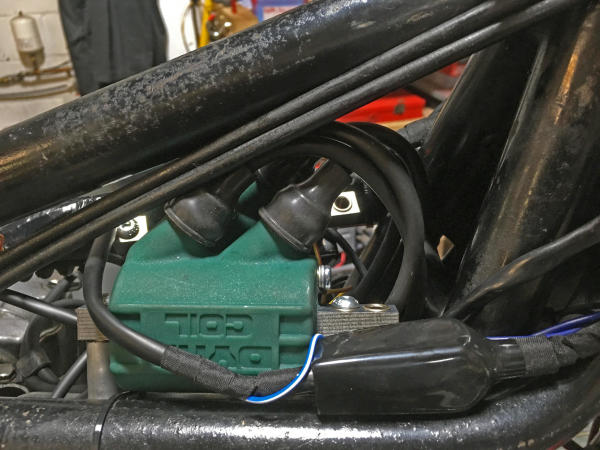 But the coils themselves fit snugly and kick out good sparks 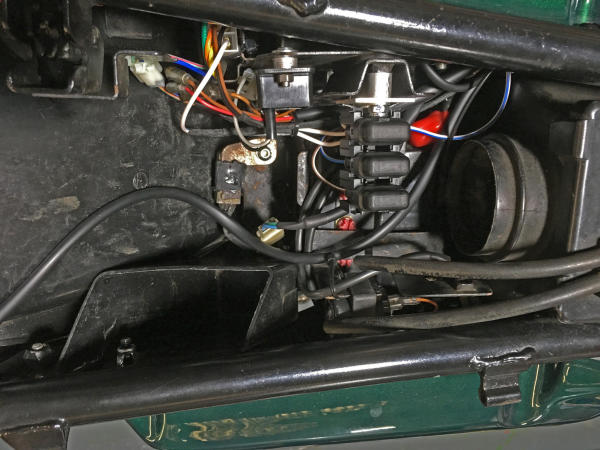 Lee dropped the bike off asking for it to be made completely reliable, electrically at least (it had suffered a total electrical failure last time it had been used). To help things along he’d been to Z Power and bought a new alternator stator, Dyna ignition and Dyna coils/lead/caps. As it was still on the original points, coils and stator this was a very good idea.

As with many old Zeds the wiring had been repaired and modified over the years. The whole bike was managing on just one fuse too. OK in the 1970s maybe, but we can be a bit fussier these days. I used modular water resistant fuses as seen on 1990s Ducatis, and mounted them in the battery area with most of the special bits and pieces the 900 A4 uses: flasher unit, hazard unit, hazard diode array, brake light failure switch. This means making brackets and spacers, and attaching them to whatever on-bike hardware presents itself.

Dyna S ignitions are an old favourite with air cooled fours which originally ran points. With just an advance/retard rotor, a set of pickups and the coils it’s the simplest system you can buy. Easy to fit too – except for the coils. For some reason the mounting bolt and its associated spacer goes straight past the coil terminals. So you have to assemble the coil wiring before you fit the coil itself. And you have to be careful the spacer doesn’t touch the terminal. I used a skinny spacer covered in heat shrink. I also ditched Dyna’s awful connectors for 2.8mm Miniblocks.

Considering the bike hadn’t run for a long time it started with very little trouble – second prod of the button. The regulator lopped the charge at 13.5V, and everything worked except the audible indicator buzzer, which was pooped, and the neutral switch, which will need replacing at some future point. 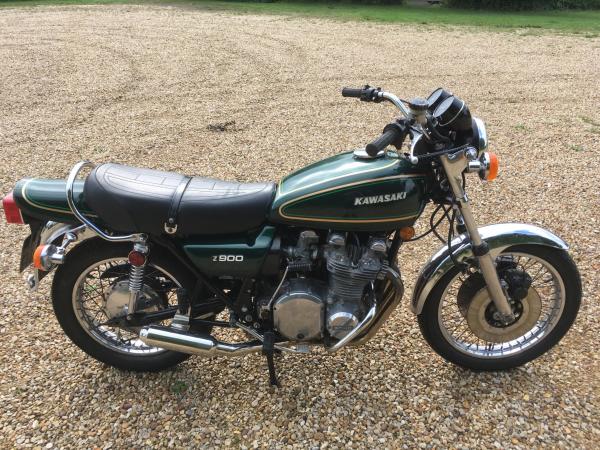 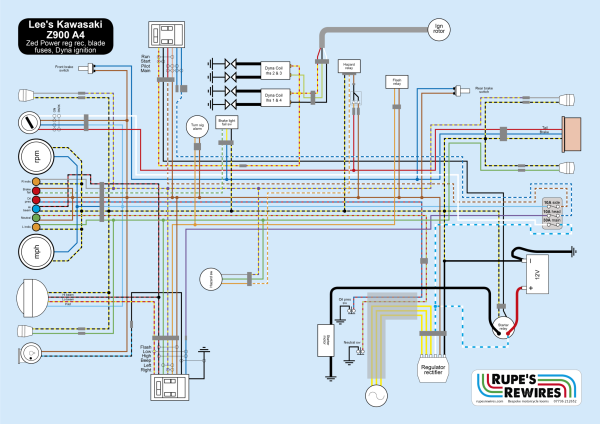 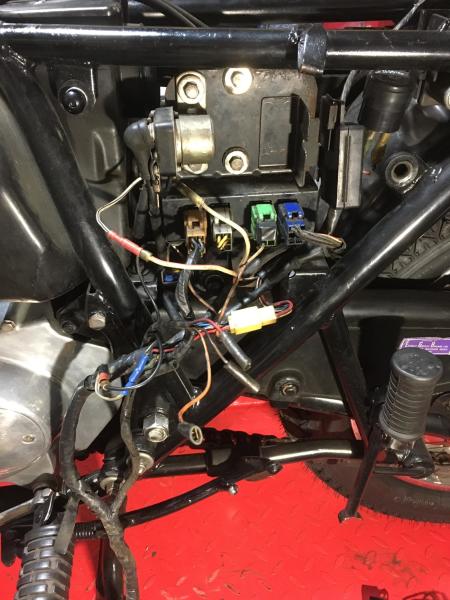 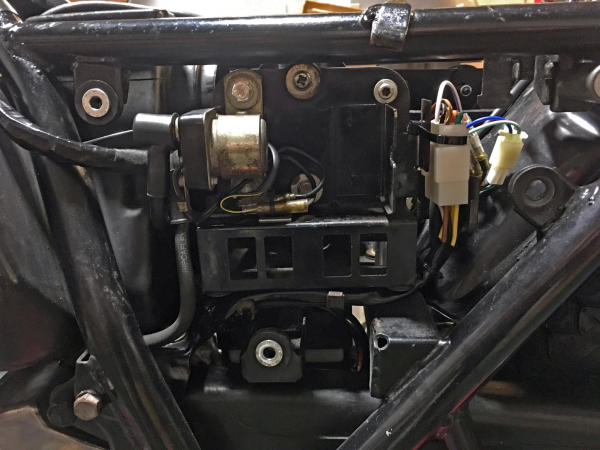 …but a rewire can simplify things