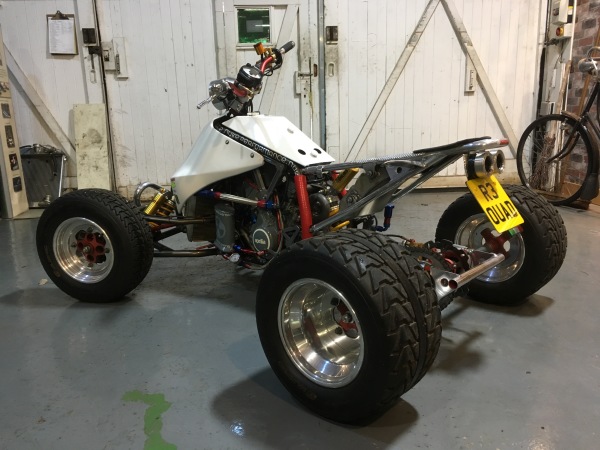 The finished beast, minus seat and footrests 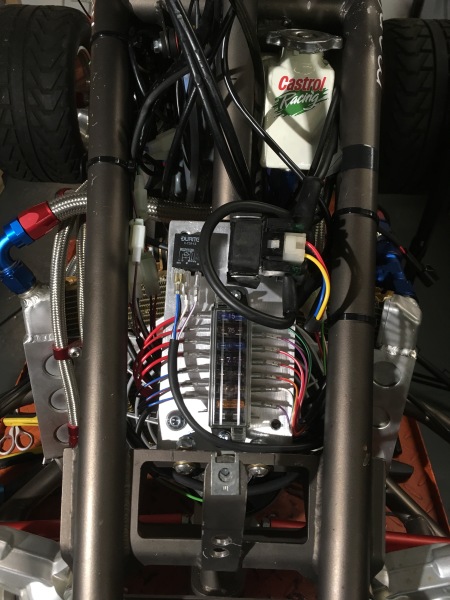 Fuse box, solenoid and ECR relay under the front fairing 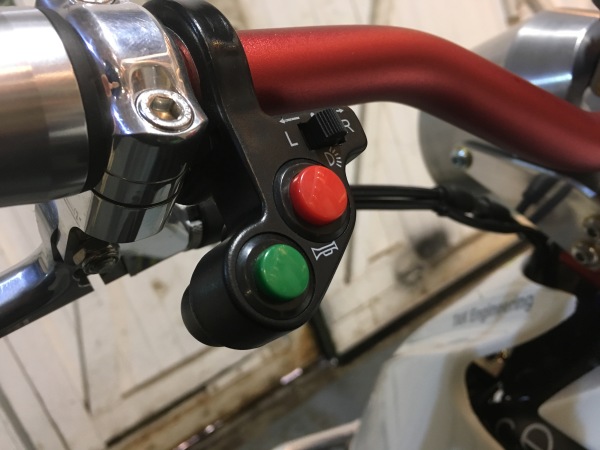 Dave’s incredibly rare and superbly engineered quad is a German-built kit wrapped around an engine from Aprilia’s V-twin supermoto. It’s got machined-from-solid lights and swingarm, fuel in the frame, a two-piece rear sprocket, and full race Öhlins suspension.

Dave had modified it to suit him a little but wanted to rearrange the electrics to be neater, and easier to get at. There was also a problem with some functions not working 100% of the time.

It’s a fuel injected engine, so a pretty complicated job (just look at the ECU connections). It also needed a full LED lighting setup, Dave’s tank-top push-button switches, and one of Koso’s excellent speedo/tacho units. Scotty the fabricator made a very tasty plate to mount the dangling ECU, and I adapted a plate under the fairing to take the fuses, ECR relay and solenoid. The other electrics fitted under the seat, suitably rubber-mounted. Like many manufacturers using a lot of wires, Aprilia use the same colour cable for more than one purpose, so we tried to avoid that. The result is a lot of the loom colours are different from stock.

I was hoping to use the Koso low fuel warning light function, but with tiny amounts of fuel sloshing around in the frame tubes and two extra reservoirs Dave had built, measuring a level wasn’t practical. Nevertheless the job all came out nicely, including a brand-new shielded ignition pickup cable. A brain-bending and very satisfying build.

Afterwards Dave, bagged an MOT and took it out. “It all worked fine, so just another thank you. It’s all good and running great.” 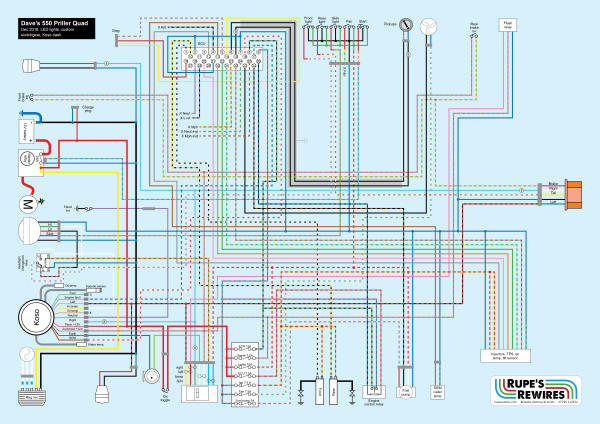 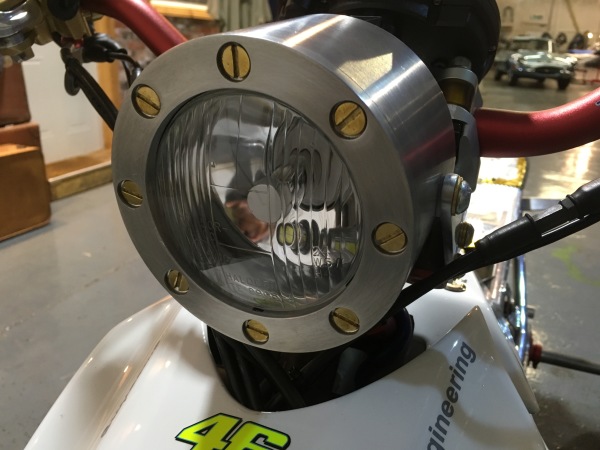 Machined aluminium headlight with brass screws and an LED bulb 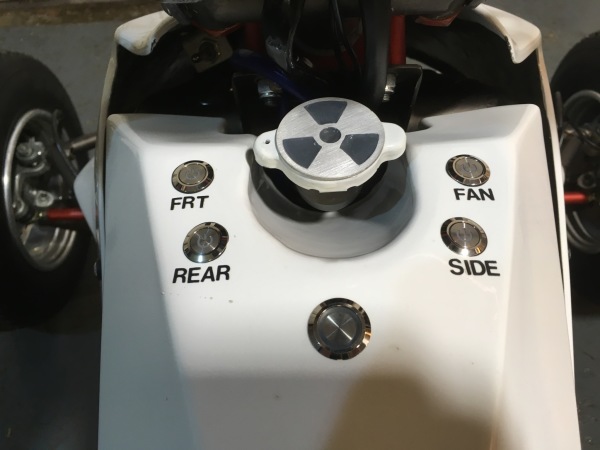