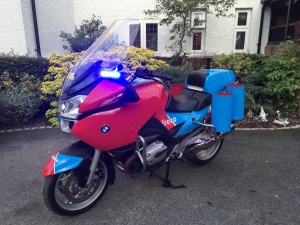 Flashing blue lights are controlled from a handlebar switch… 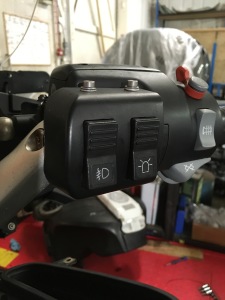 …like this. It’s made by BMW specially for the old Bill

This is a display bike built for a company called Firexo, who have invented a new fire extinguishing chemical of wondrous effectiveness. To demonstrate it to the world’s media, Firexo adapted an ex-police R1200RT. It’s painted in their colours, and has a rack to carry four fire extinguishers.

The only snag is that ex-police bikes have their blue lights and sirens disabled. Firexo found some new lights, but hoped the old siren amplifier could be made to work again. Unfortunately when I contacted the factory in China they said it was an obsolete model with no wiring available. So we bought another one and fitted that. It was very loud.

The lights went on easily enough, especially as the original switches were still in place. And in case anyone else wants to get an old siren working, the diagram is here. 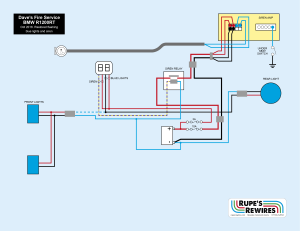 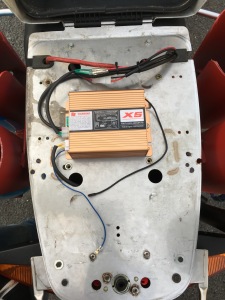 This is what’s under the seat of your average police bike. Plus a radio and second battery