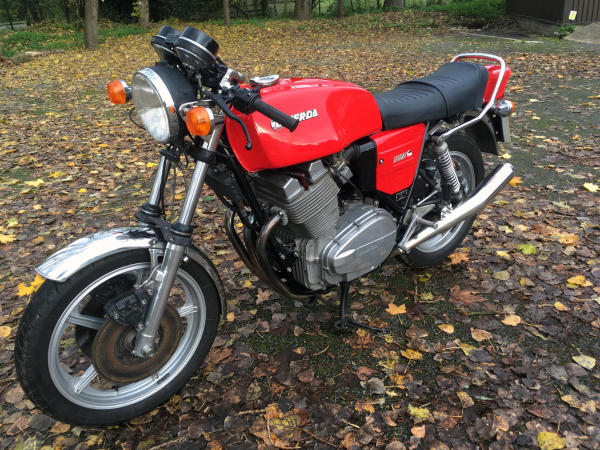 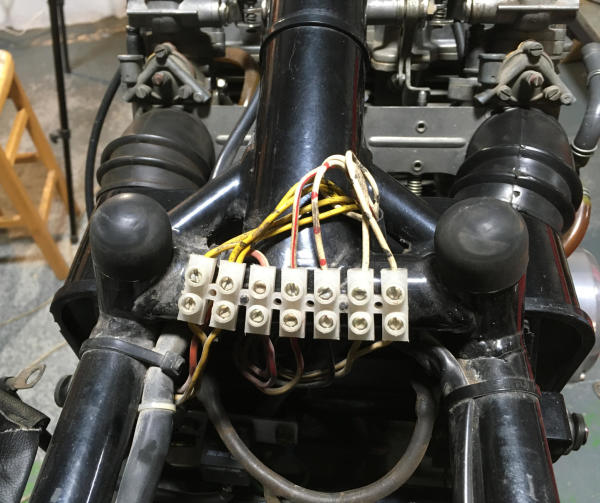 This is the back of the tank on a stock bike… 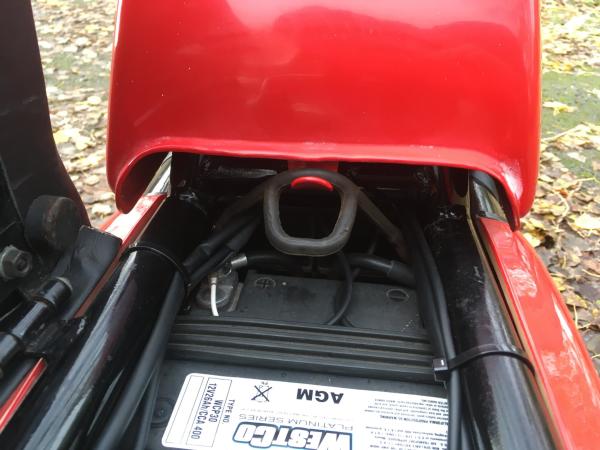 …and this is the Rupe’s Rewires version 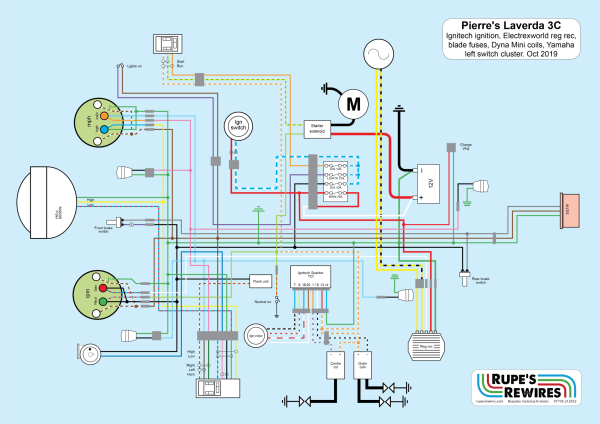 This looks like a red Jota but it’s actually a Laverda 3C that’s been reworked to Jota spec. Pierre bought it for a good price, and the bike was nicely built, but the electrics weren’t quite playing ball. It also had the original Bosch ignition with its famous jerky advance at 3000rpm. After much discussion we decided to fit the ignition system of choice, Ignitech, and change the Ducati Paso left handlebar switch for something nearer the original look.

New ignition on a Laverda triple means new coils too. We used Dyna 3 ohm Mini series – one single output coil for the middle cylinder, and another dual output one for the outer two. You have to make up new mounting plates for them and it’s a tight fit, but it’s worth the effort. You also have to strip out the battery box and fit the Ignitech box onto it. On this bike that also meant repositioning the starter solenoid, flasher unit, four-way fuse box and reg rec.

We couldn’t trace an original spec left switch cluster so Pierre went for a refurbished Yamaha one, which looks pretty similar. The right cluster just needed a rebuild and new cables.  The bike had a Todd regulator rectifier but unfortunately it went pop almost as soon as the bike started up. We replaced it with an ElectrexWorld one, which allowed the charging light to be brought back into play. We also fitted a secondhand Yamaha starter solenoid to replace the weedy one fitted by a previous owner.

Laverda triples always look and sound fantastic. Pierre’s bike is no exception. The Ignitech gave a smooth pickup and eager starting, and the ancient alternator is still kicking out enough power to charge the enormous battery. It’ll be a great ride next summer. 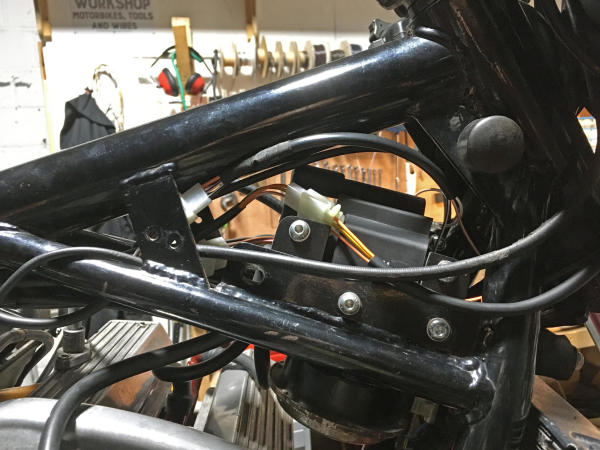 New Dyna coils. It looks like there’s loads of room. There isn’t 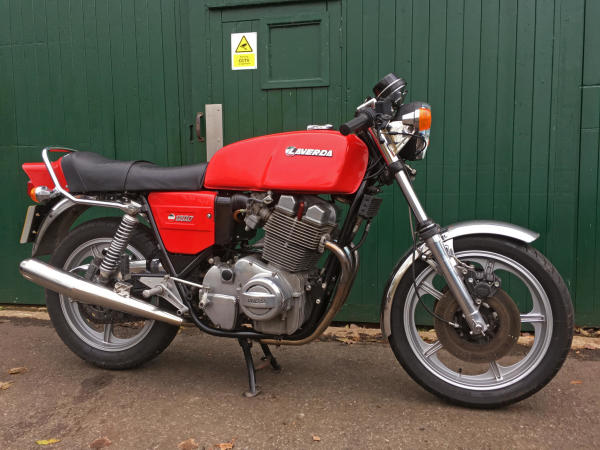 Outside the workshop, ready to go 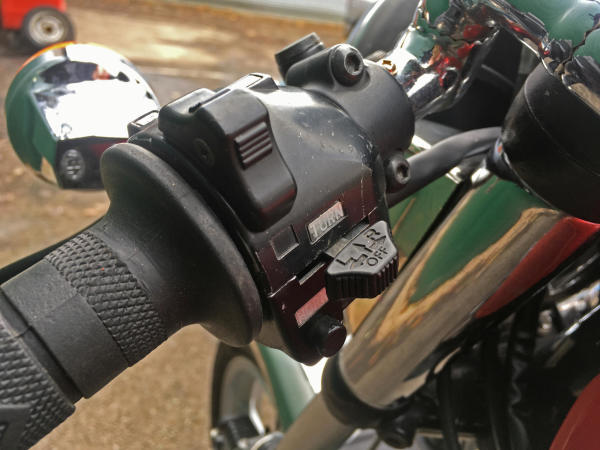 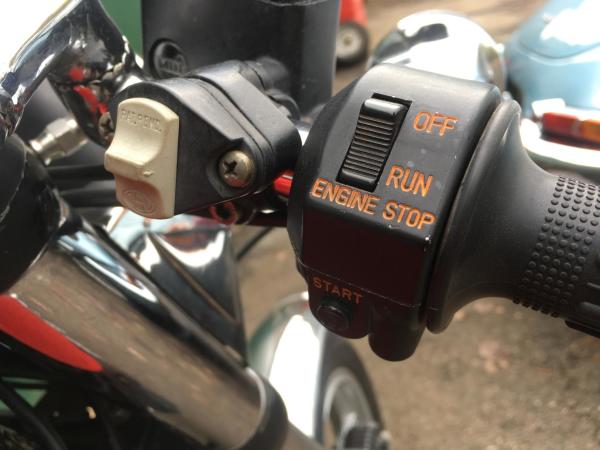 …and original switchgear on the right hand side, also refurbished 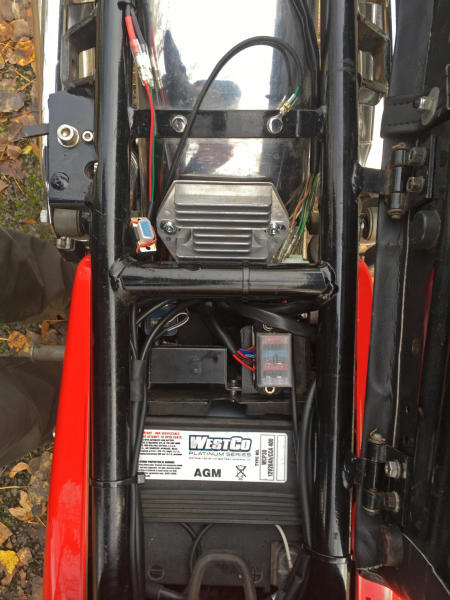