A great looking bike that weighs next to nothing 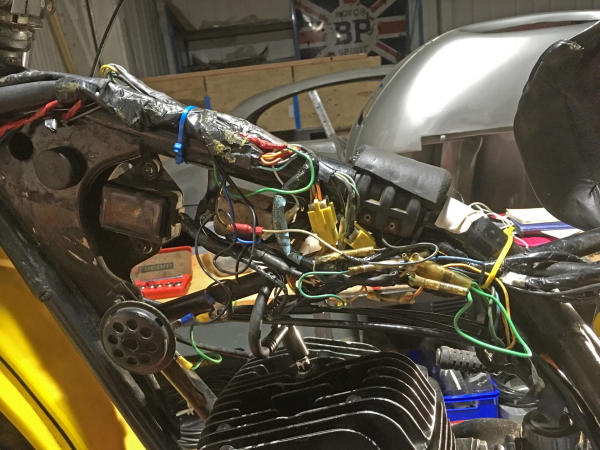 Here we go: the loom as it arrived at the workshop… 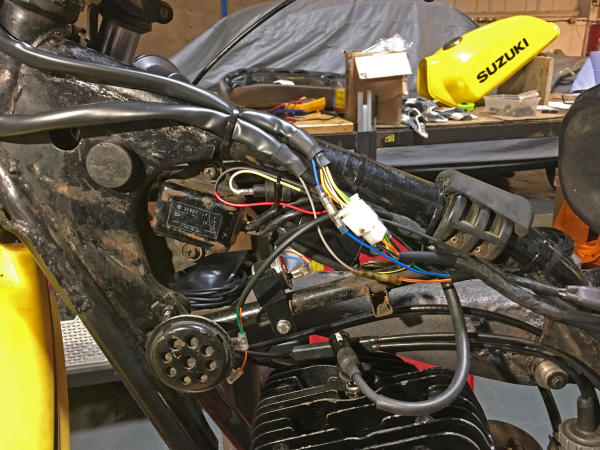 …and as it left 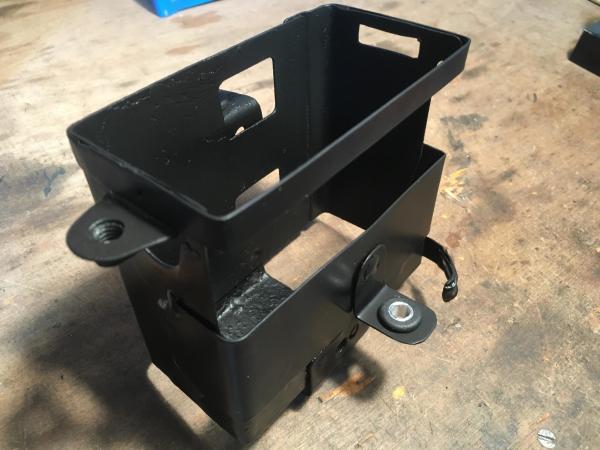 The battery box, repaired after being rusted and broken 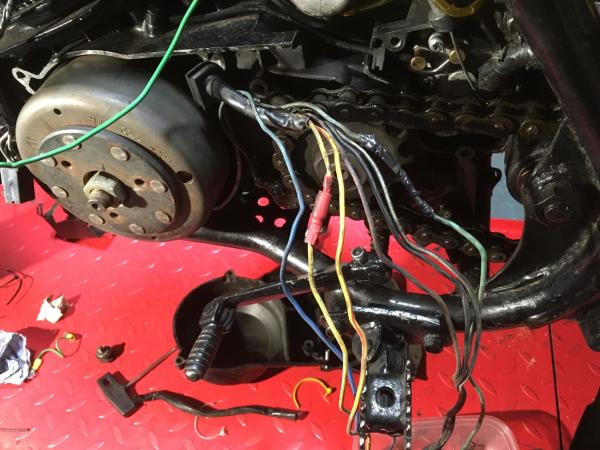 The wires for the alternator and CDI were ’orrible, but a bit of surgery got them working again

This gorgeous little Suzuki is 41 years old – and it’s had a hard life. Peter brought it in half way through a gradual restoration which he wanted to complete while enjoying the ride. When he discovered the charging system was playing up he decided it was worth replacing the whole loom.

It didn’t look great at first: a lot of the existing loom was new, but probably from another model, and all the peripheral electricals were knackered. Nothing for it but to go over the bike slowly, repairing piece by piece.

It is amazing how even 40 year-old stuff will work if you just give it back the quality of connection and earthing that it had when it was new. Once the bike was finished, everything worked nicely – even though the bike uses a primitive 6 volt system where the lights run on AC directly from the alternator, and a single diode rectifies the output from a second charging coil to give DC for the battery, horn, indicators and brake light. The ignition is CDI, which most two strokes used in the late 1970s. With a good earth it gave a whacking great spark.

The bike still needs a few engine details attending to: a new gear shift shaft, and getting the exhaust to seal against the barrel. But the biggest issue, we discovered, was going to be finding some new fork stanchions to replace the pitted originals. Peter is on the case. 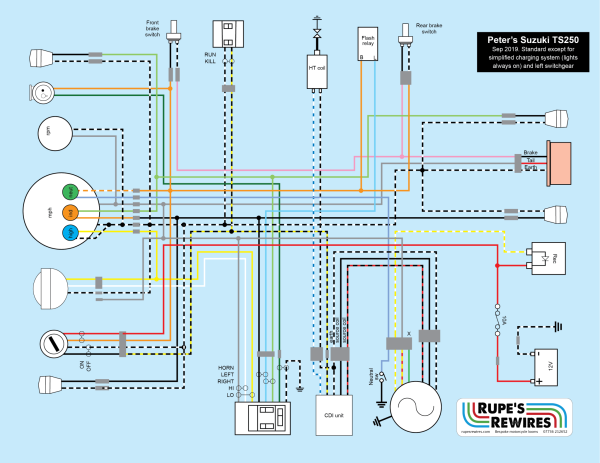 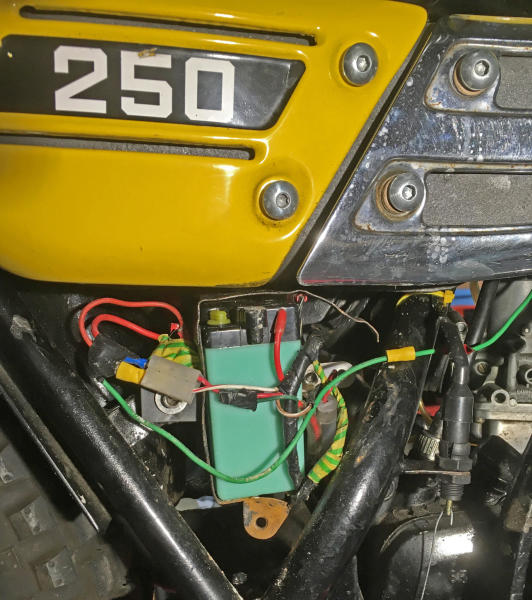 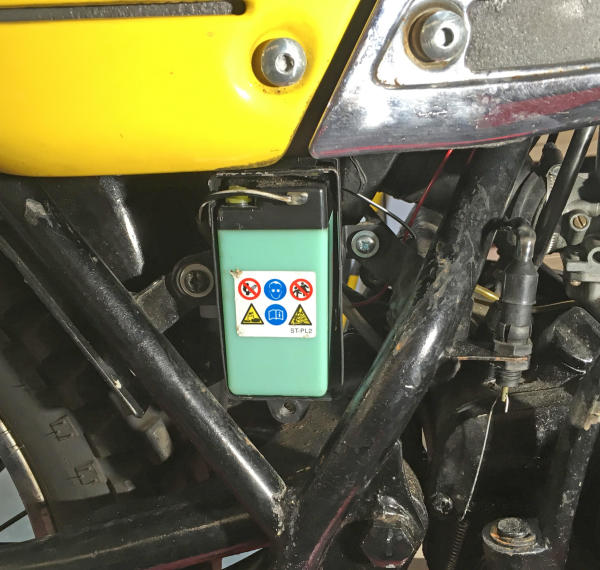 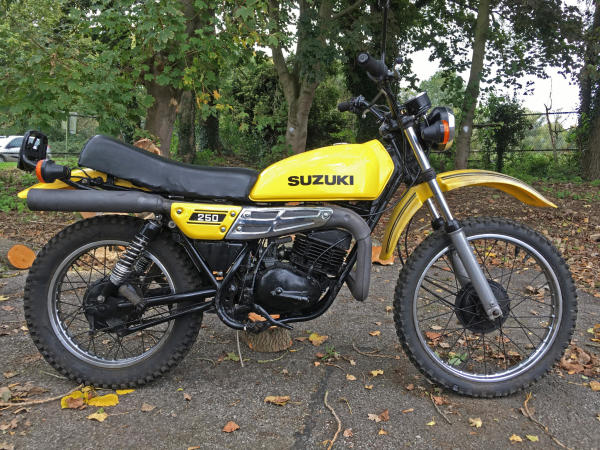 The bike needs a few more bits sorting out, but the electrics are ready