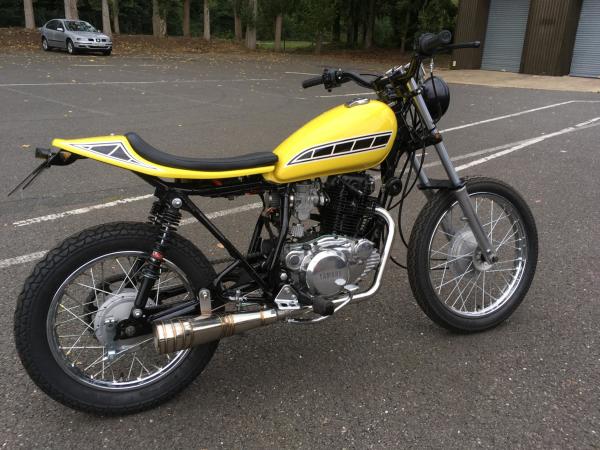 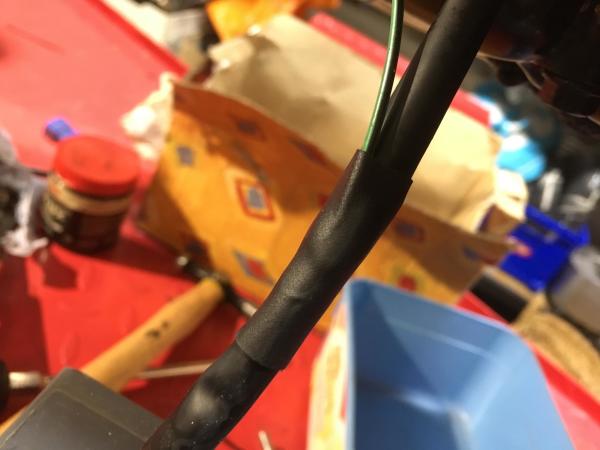 This is the neutral switch wire poking out of the alternator sleeve, sealed with adhesive heat shrink 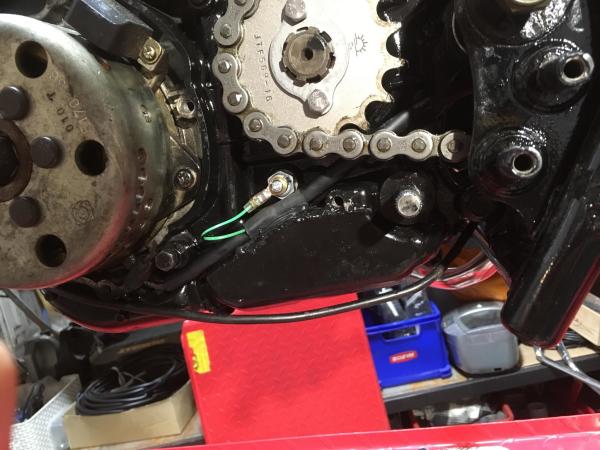 And here’s the finished thing. The repaired casing meant we couldn’t use a clip to keep the sleeve away from the chain, so instead it’s glued to the crankcase with CT1 adhesive

Yamaha’s custom commuter is a good basis for a cheap project bike. In this case it’s a flat tracker which Paul bought as an ex-DirtQuake machine. He spent a lot of money and time replacing the bits most people ignore (swing arm seals and cups, for example) and getting the Roberts Replica paint done, but didn’t fancy building a custom loom – particularly as the remaining original electrics were in a bit of a state.

The first job was to mount the solenoid, flasher unit, battery and ignition box. The necessary bracketry was supplied by occasional RR fabricator Rupe Farnsworth and his wondrous TIG welder. Next the knackered components needed refurbishing: alternator cables, reg rec plug, starter motor pole, neutral switch. On a lot of Japanese bikes the neutral wire pokes out of a hole in the alternator cable sleeve. Sealing it with a bit of adhesive heat shrink is a nice touch.

An SR250 loom is a simple enough thing, but as always with bikes that have a gap under the seat it takes a bit of chin rubbing to get the cable runs looking OK around that area.

With the tank and flat track seat in place the whole bike looked really neat. Paul just had a few details to sort before an MOT. 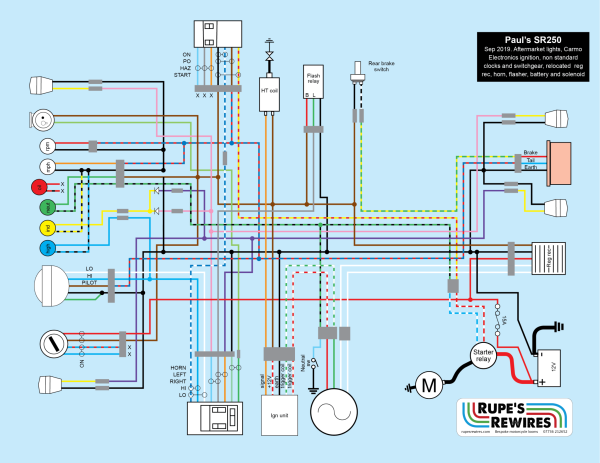 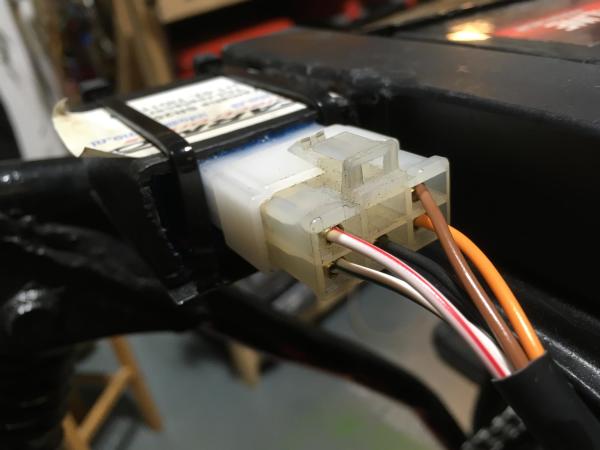 The US-made ignition box is a replica of the original 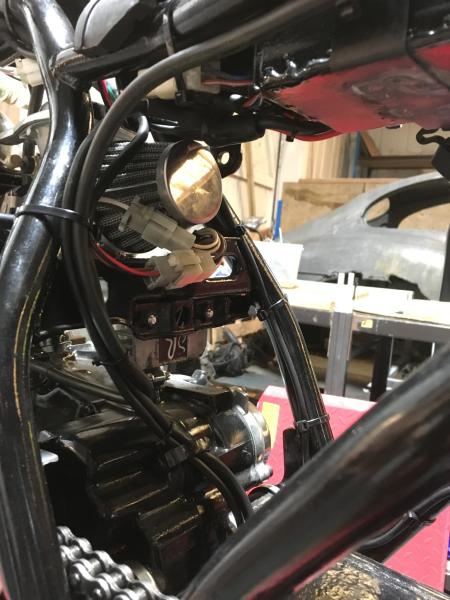 The reg rec plugs are visible beneath the K&N filter, but hiding them is a lot of extra work