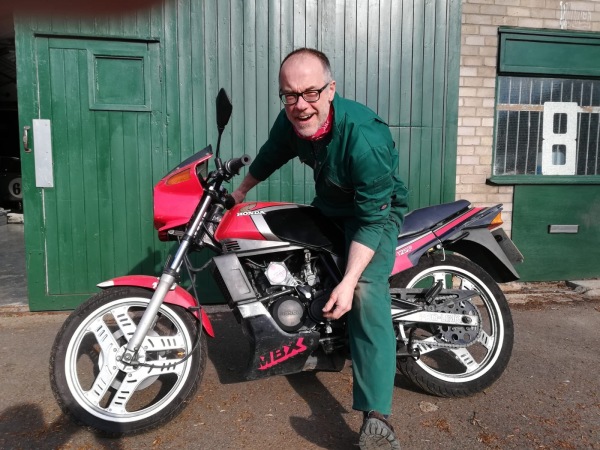 I haven’t ridden a two-stroke 125 for years. What a laugh they are

This is a short post because I forgot to take any pictures. But it’s interesting because of the problem with the bike. Peter reported that going hard in top gear the MBX ran OK for a minute or so – then stuttered. There was nothing wrong with the fuel supply and the carb was clean. He was so fed up he was prepared to have the whole bike rewired.

Actually, most of the loom looked OK. But a fingertip search showed the kill switch was hanging by a copper strand, an ignition wire was crushed, and another was loose in its bullet connector. I guess the kill switch was the main culprit, but problems with old bikes are often a combination of several things. The main feed from the reg rec was frayed to almost nothing too.

Peter got the bike back working properly, with a patched and repaired original loom – not often a viable option, but OK in this case.