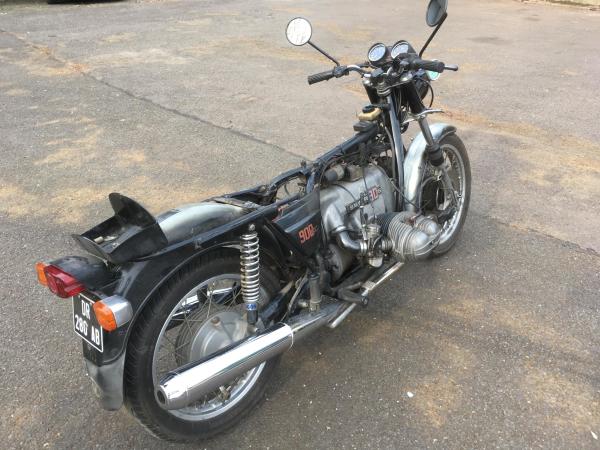 We had 30 seconds to snap a pic before Robert strapped the bike onto the trailer and headed back to Dover. Tank, seat and fairing are already in the car 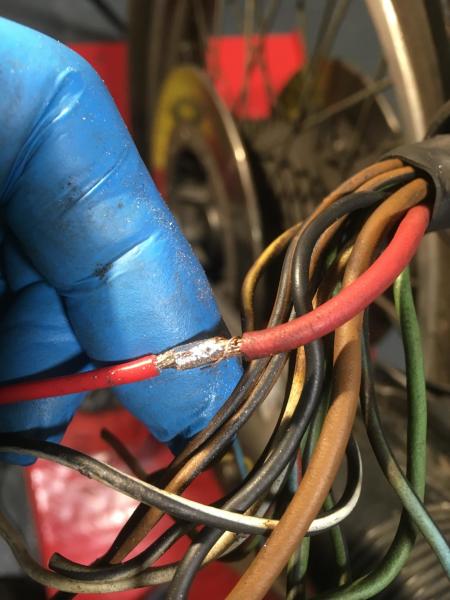 Replace an elderly main feed: solder the new cable (left) onto the old one… 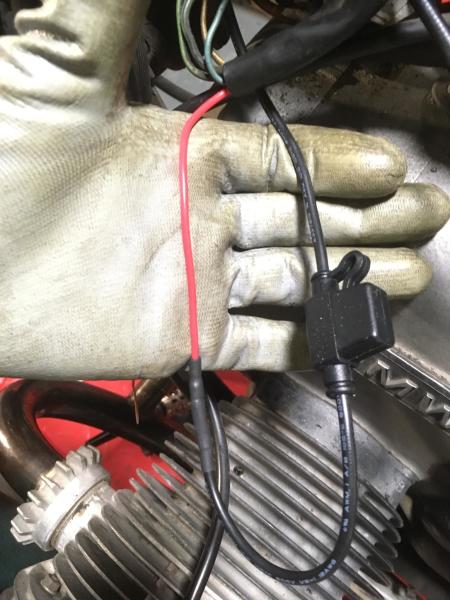 …pull it through the main harness bundle, and add a fuse

Robert bought this bike new in 1973 and has used it ever since. But after 45 years the electrics finally conked out and let most of the smoke out of the wires in the headlight and fairing. I didn’t take any pics because it was all a bit too messy to grab a camera.

The R90S loom design is more like a car’s than a bike’s. There’s a connector board inside the headlight, where all the wire joins are made. Over time the spade connector terminals get wobbly, and the insulation on the spade connectors gets old. On top of that, there’s no main fuse! Unsurprisingly, the melting seemed to start on the main feed, on the live wire to the clock.

Robert lives in France, where he couldn’t find anyone to do a repair. So he got the ferry to my workshop in Northamptonshire, and booked into a local B&B.

I really like problems like this. Basically you chop away the damage and take a view on how best to put it right. A new board is unavailable, so I replicated the multiple connections with 2-1 bullets and spliced cables. I also added a main fuse. That’s the nice thing about looms built this way. All the wires in the main harness bundle are single cables, so if you solder a new cable to the old one you can pull it through. Hey presto – instant new main feed cable, which it’s easy to attach a new fuse to.

The original BMW wiring diagram is hand drawn and, to say the least, confusing. I redrew the front bit in colour, then tested it against the remains of the loom on the bike. Eventually this process produced a new diagram, which showed how to build the new loom. Then it was just a case of building it.

Robert’s ferry was booked for 9pm on day two. We finished at five, which just gave him enough time to get to Dover. Except there was a big customs delay. He missed the ferry, but they put him on the next one an hour later. He drove through the night with the windows open and got home at 6am. 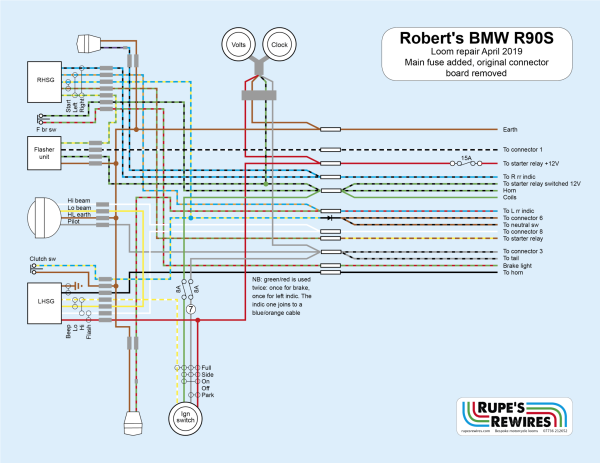 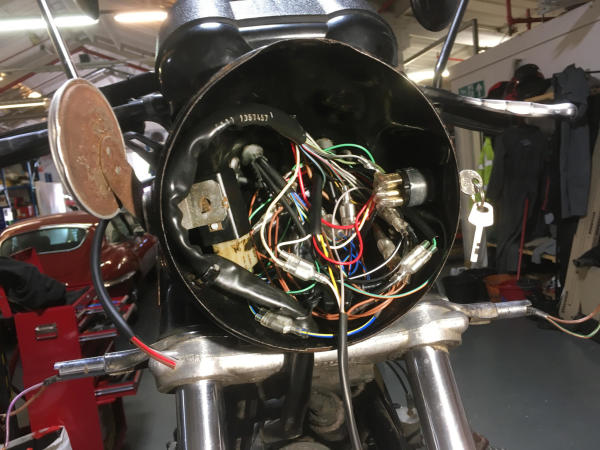 Quite a lot going on in the headlight, but at least it’s unlikely to catch fire again any time soon