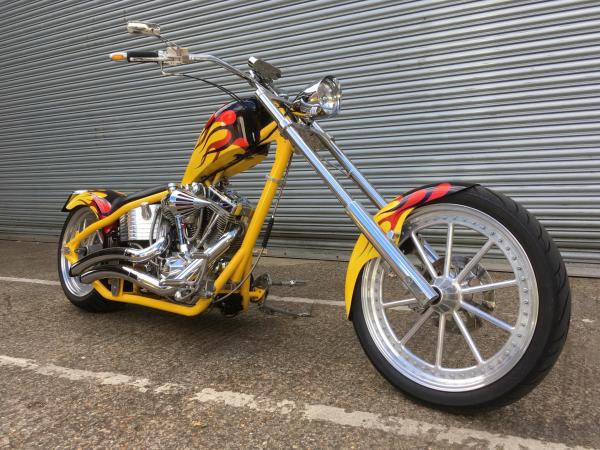 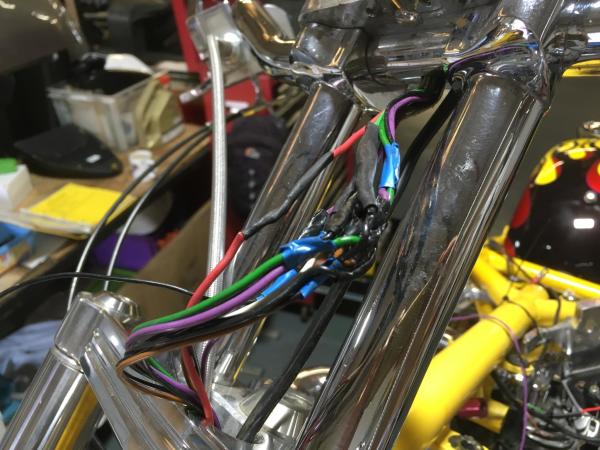 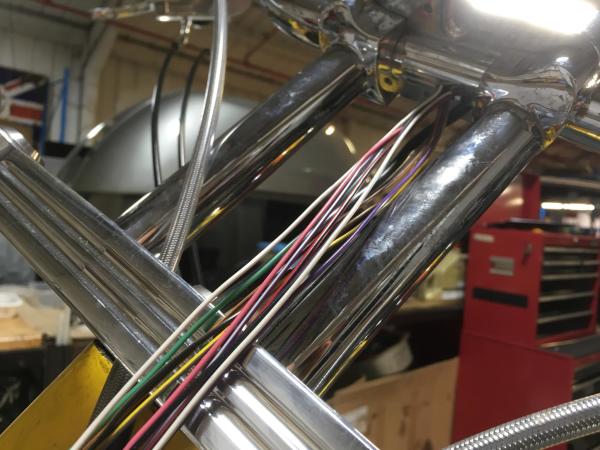 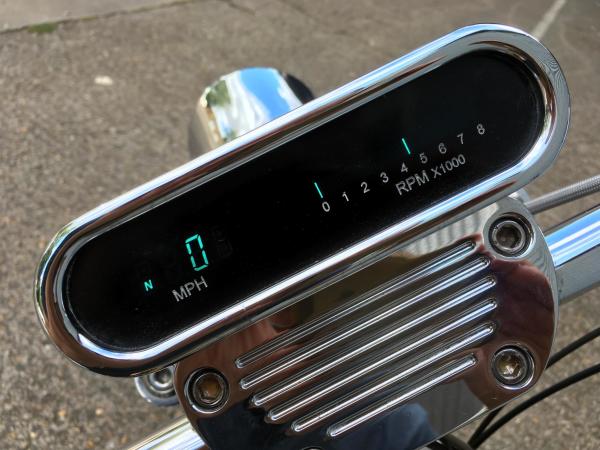 Dakota Digital dash, built by good ol’ boys in the US of A. It actually uses 1980s technology, but it’s kind of cool 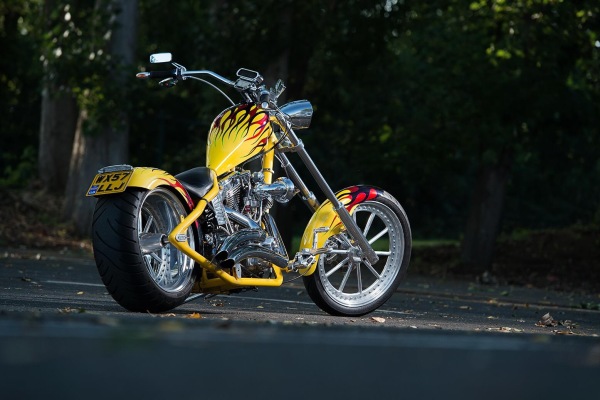 The strange thing about choppers is they are usually well built – until you get to the electrics. I’ve seen a few nice bikes now whose wiring is, frankly, a bodge.

Which brings us to Iain, and his stupendous US-built chopper which was, unfortunately, giving him grief. He’d bought it second hand. Sometimes it would start, sometimes it wouldn’t – and sometimes it would conk out. Once the bike was on the bench (not so easy when it’s 9ft long) it wasn’t hard to see why. A combination of tight cable runs and vibration had fretted away the insulation on a vital connector. Result: the loom was short circuiting to the frame every now and then. Not exactly ideal. Much of the rest of the wires were a mess too.

We decided the whole thing needed replacing. Because the original design of the bike left very little room for cables and components we used absolute minimum size cable and made three quite elaborate brackets to hold the flasher unit, a fuse box, the horn, and a push-button gear shifter box.

The one big problem was the battery. The bike used a Harley one but it was so tall it crushed the cables running past it against the frame. A slightly smaller battery had enough power to turn the engine over, but not enough endurance to do it again. Eventually Iain found a lithium battery which left enough space for cables and retained enough juice to handle short trips.

The bike is absolutely incredible to ride, partly because it is huge but mainly because the two-litre engine pulls like a T-rex. Iain was just as impressed. “Just been out for a blat. FANTASTIC! So smooth and crisp – a completely different bike.” It seems that the ignition system was finally receiving stable voltage, with the result that the engine could give its best for the first time in a long time. A very satisfying result all round.

The bike appears (in a small way) in the December 2019 issue of Bike magazine. It’s shot by John Owen Photography, who also did the moody pic of the bike in a pool of sunlight on this page. Thanks John. 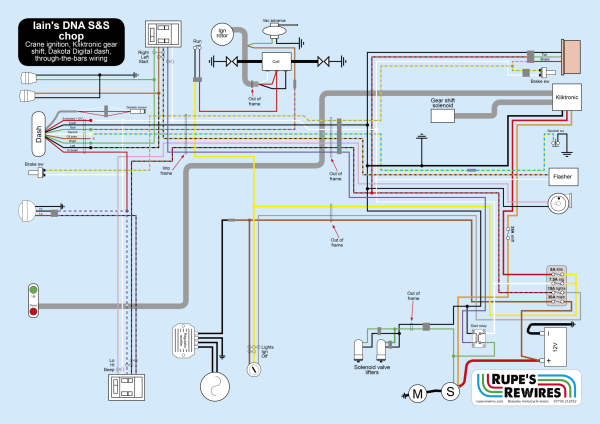 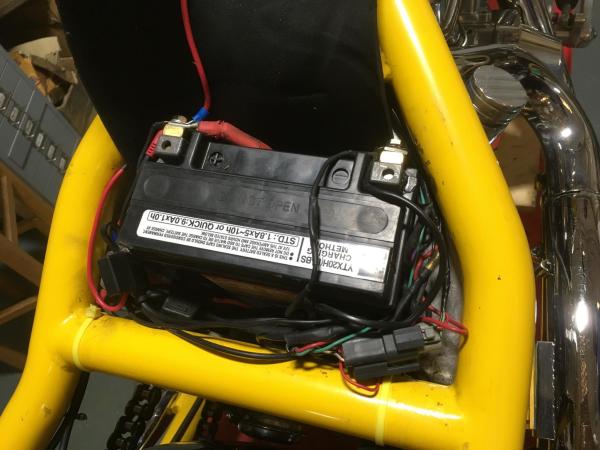 Here’s the original Harley battery. It’s just a bit too tight for the surrounding cables, especially on the top right corner 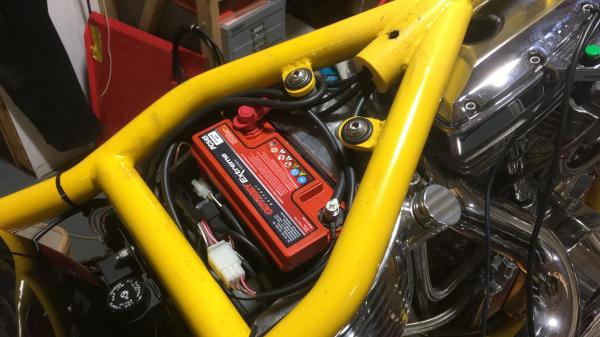 This is replacement number 1: a perfect fit, but not enough juice for more than two or three starts

The push buttons for the Kliktronik gear shifter 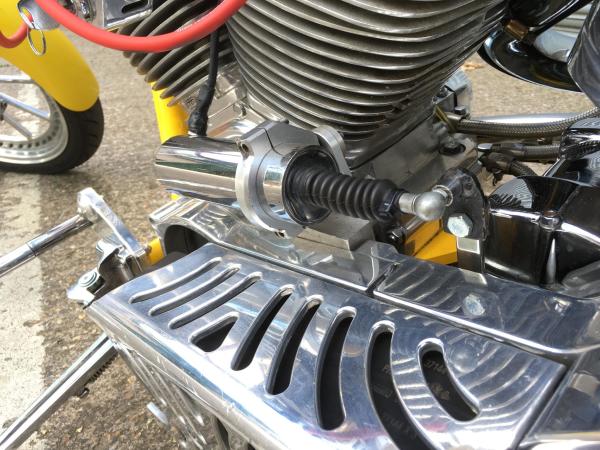 The shifter itself: a huge solenoid with adjustable ignition cut