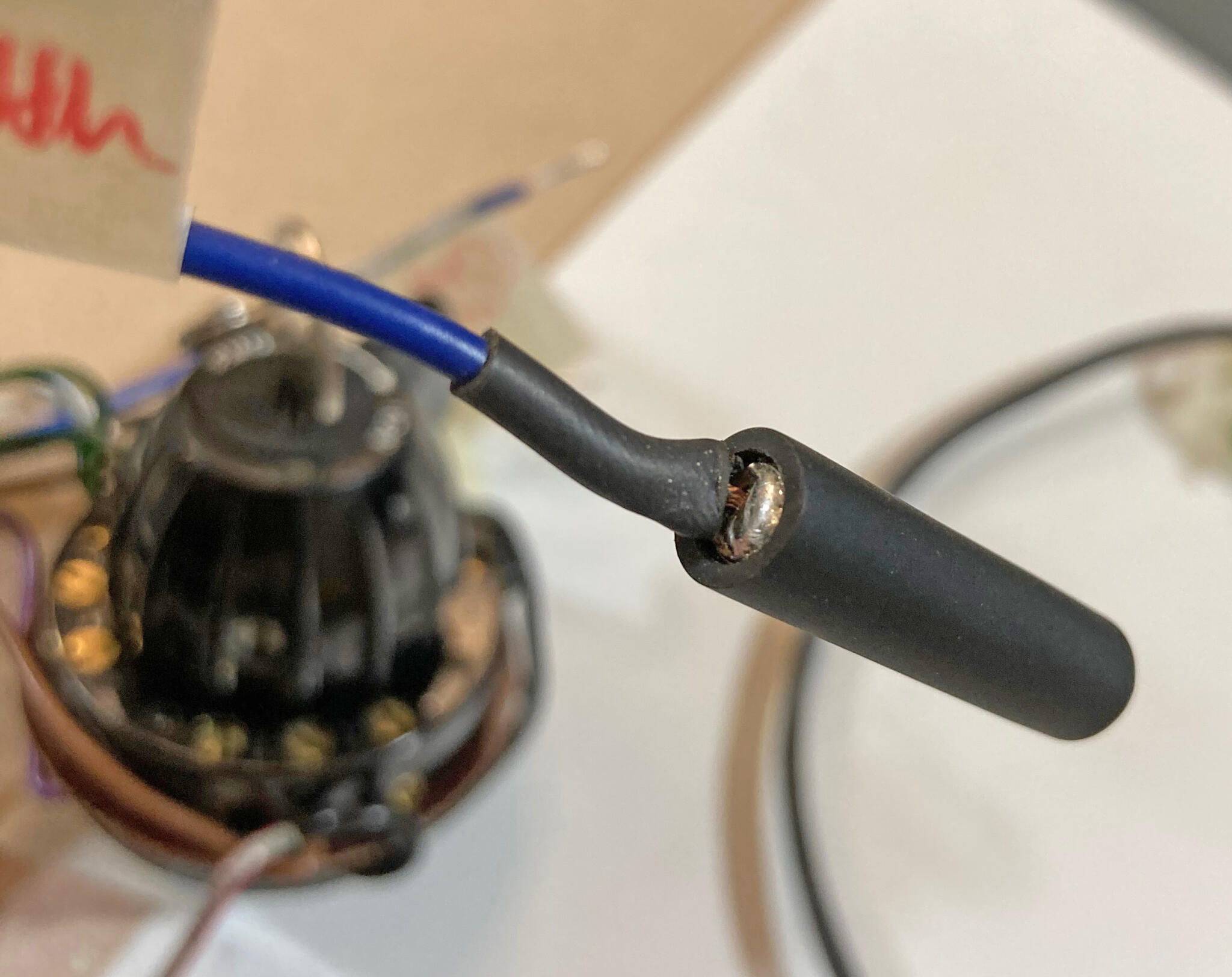 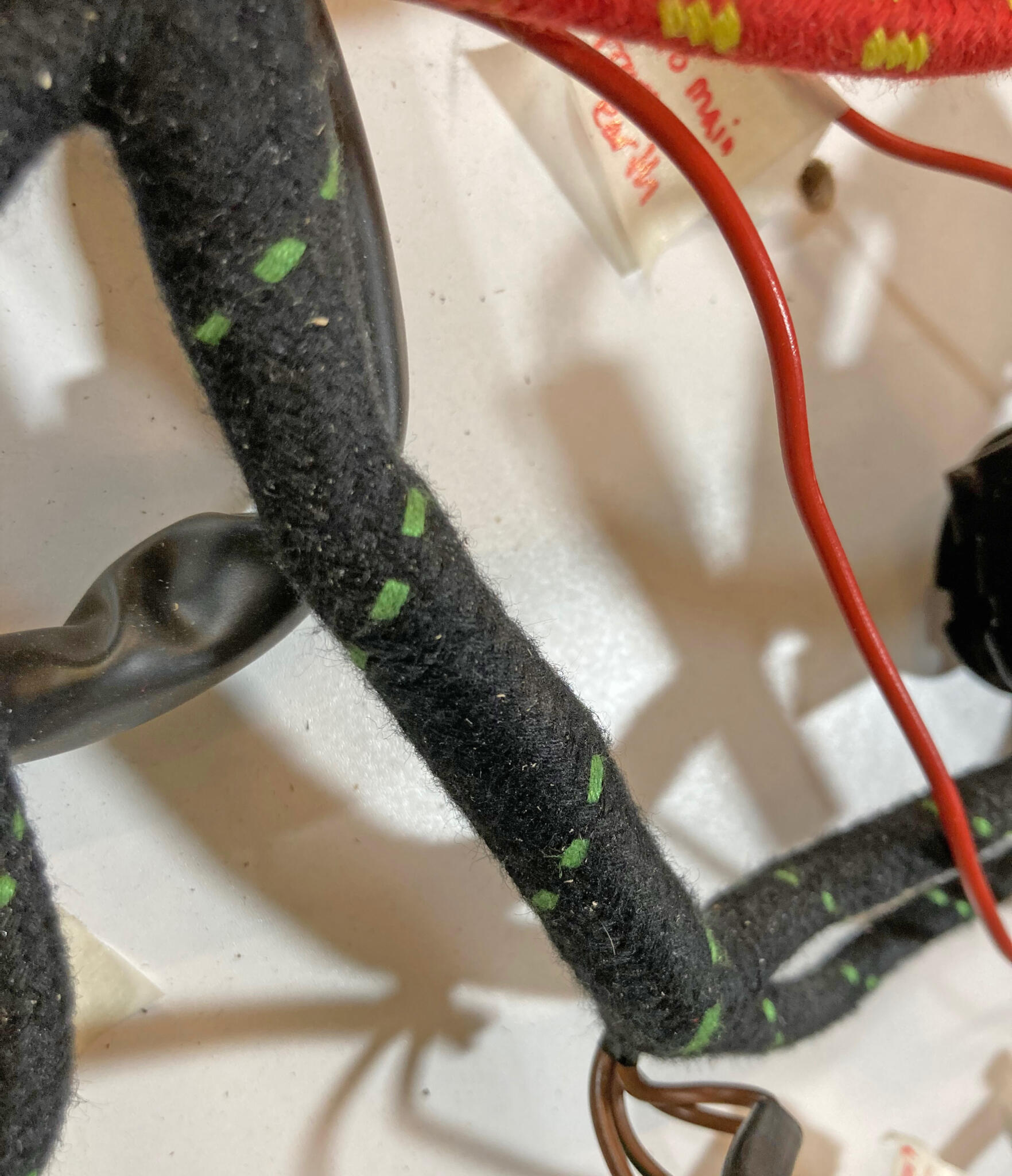 On the other hand pattern Brit looms have this lovely green fleck knitted sleeving. I wish I had a machine that could do it

Although the pics are very boring I wanted to post this one because Mark, the owner of the Tiger Cub in question, had got so puzzled by his new pattern loom he’d cable-tied it to a board with pictures of the various bits of the bike. Even then he couldn’t figure it out, so he brought it round to the workshop and left it with me. “Just tell me what bits to connect to the other bits,” was the gist of it.

I think Mark was right to be confused. The Lucas pattern harness he’d bought was for an original Tiger Cub, with 6 volts, distributor ignition and switched charging coils. Being a sensible sort of chap, Mark had abolished all three of these anachronisms. Instead he had gone for 12 volt electrics, a regulator rectifier and Boyer electronic ignition. And that’s why the loom was confusing.

As a belt-and-braces measure I drew a diagram as well as labelling the loom. It shows shows what changes you need to make to use the modern components (basically, chuck half of the wires away). I also suggested we forget about the original bike’s positive earth, and use negative earth instead. I was probably being selfish; I find it much easier to think about a negative earth bike.

As with many pattern looms, this one had a couple of dodgy connectors and some wrong wiring, or at least some mixed-up colours in the tail light. It’s nothing Mark couldn’t sort out with some new connectors. But all the same, it shouldn’t be necessary in the first place. 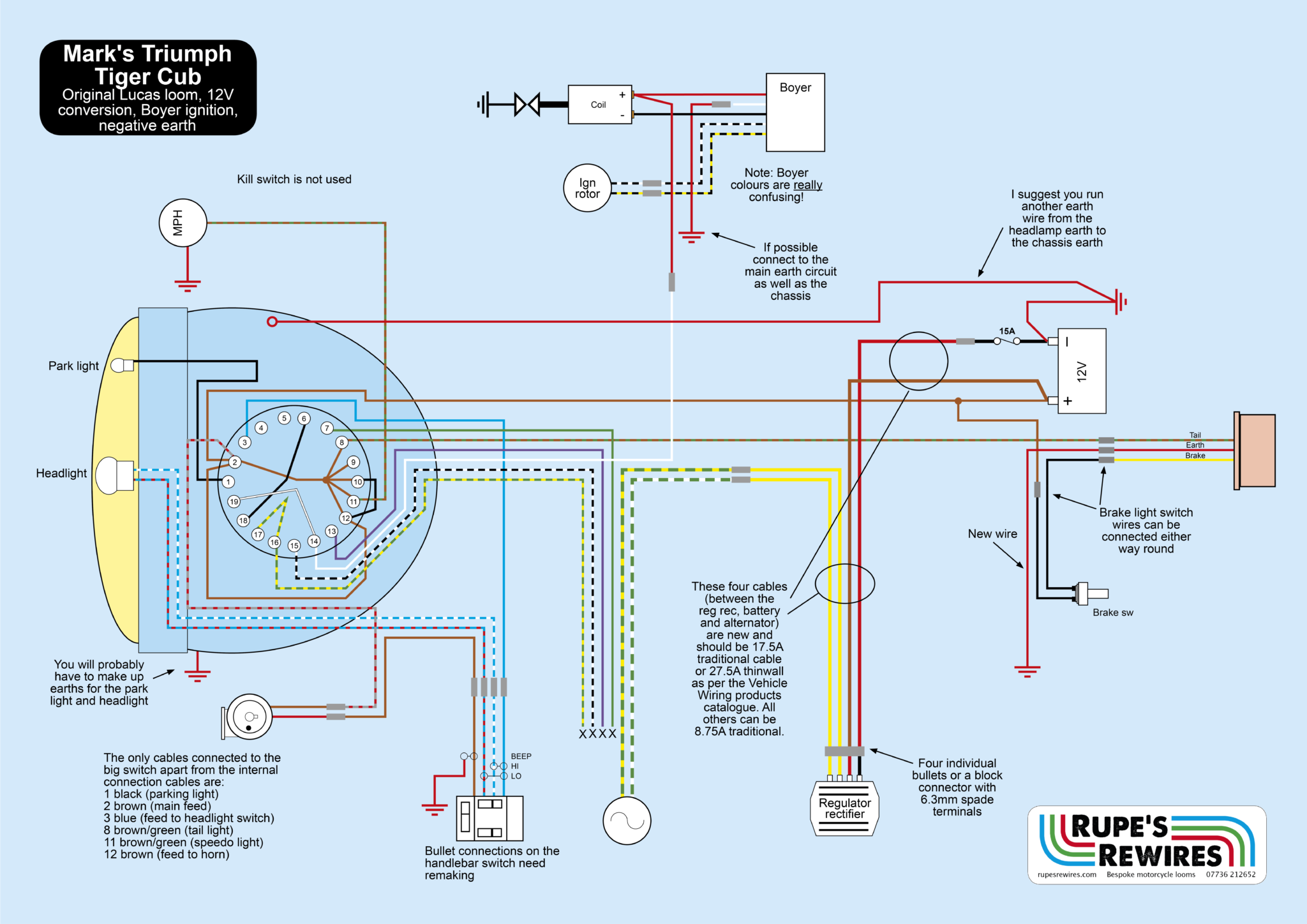 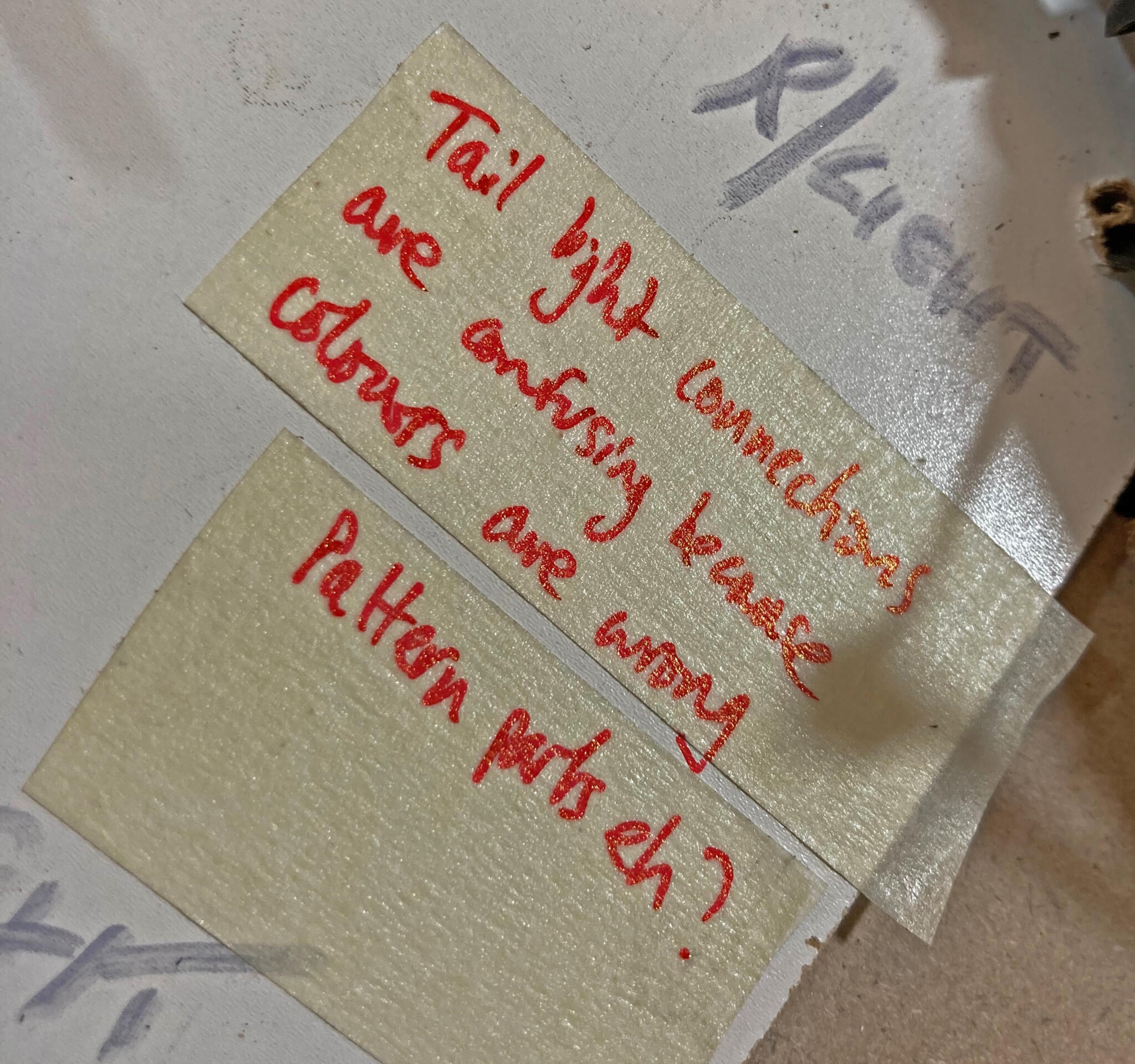 Someone in the harness factory had mixed up the earth, brake light and tail light wires but it’s not the end of the world