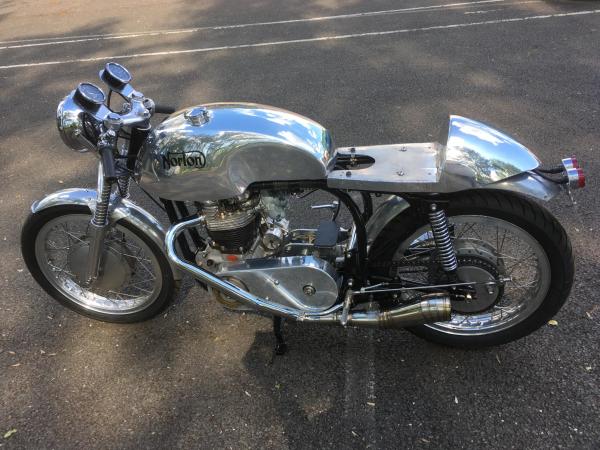 Pic taken before the the seat and oil tank are ready 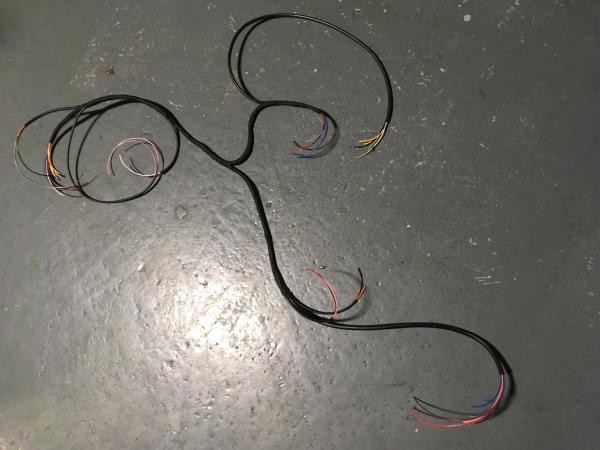 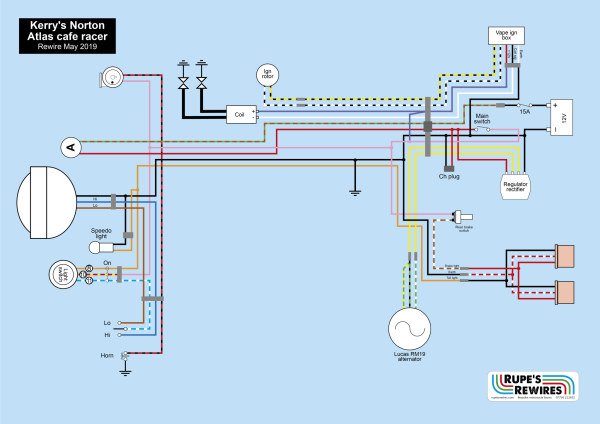 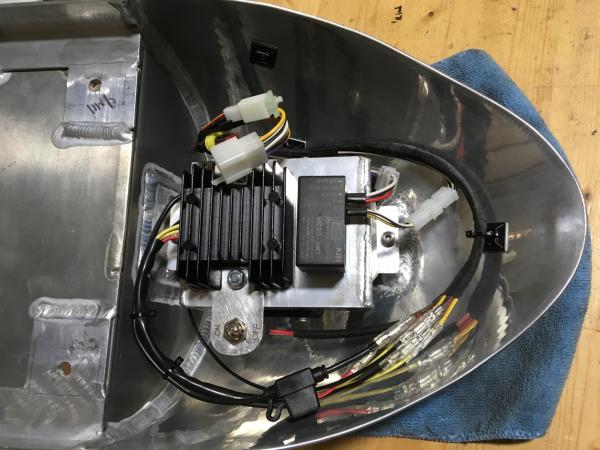 Here’s how the battery, reg rec and ignition fit under the seat hump

Kerry is a repeat customer: his first bike was an almost identical Norton which got a new loom in 2016. This bike uses the same NRP tank and seat which hides the battery, ignition box and regulator rectifier in the seat hump.

That means you have to connect all of these components so they work through a single plug (or, to be more accurate in this case, a pair of plugs) – so when you remove the seat it’s easy to disconnect everything that comes with it. You can see the plug on the wiring diagram. It’s the big grey vertical piece, top right. The ammeter connections live in a separate AMP Superseal plug.

The rest of the loom is easy enough. But with old British bikes you have to rely on pattern parts, so making the headlight work, or persuading the speedo light holder to accept a bulb, can take a lot of time. Kerry also decided to get a new ammeter, because the old one’s needle bounced around all over the place. Usually ammeter connections are unprotected in the headlamp shell, but if you make some tiny spacers you can insulate them (see pic), which is far safer. On many British bikes there’s a danger of live terminals touching earth or other wires, particularly with pattern light switches and such like.

The new ammeter didn’t use the brass bridge fixing of the original, so I fixed it in the headlamp shell with Tiger Seal. Tiger Seal is an incredibly strong elastic adhesive, but you can cut it with a scalpel if you need to remove it.

The bike is channeling a pure 1960s look that’s hard as nails. Whether any of the original cafe racers were actually this classy is harder to say. 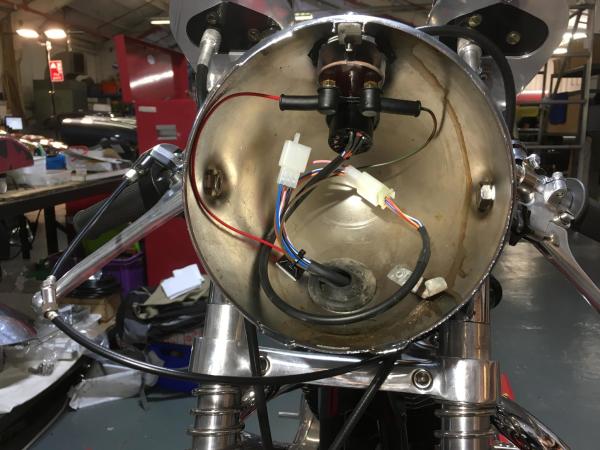 It’s easy to make an accidental short in Brit bike headlamp shells. New cables, proper connectors and insulators get round all that 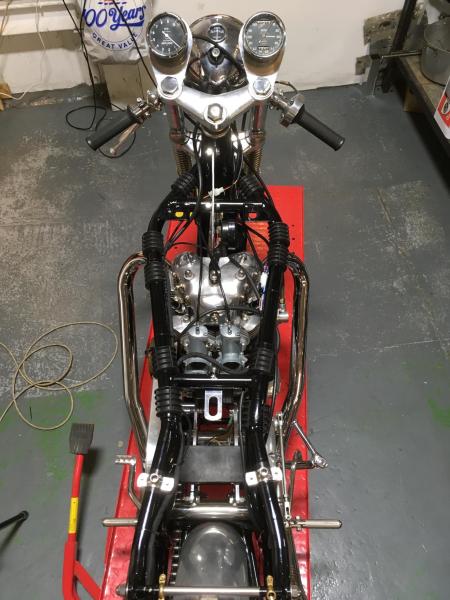 The Featherbed frame is super simple, but working out how to route the wires neatly is complicated 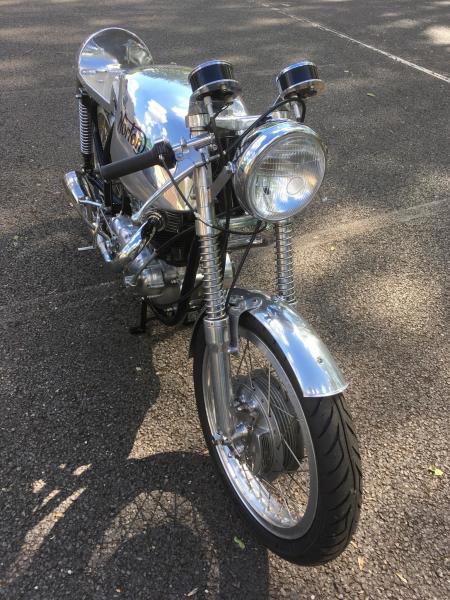 The headlight bracket is an original John Tickle part