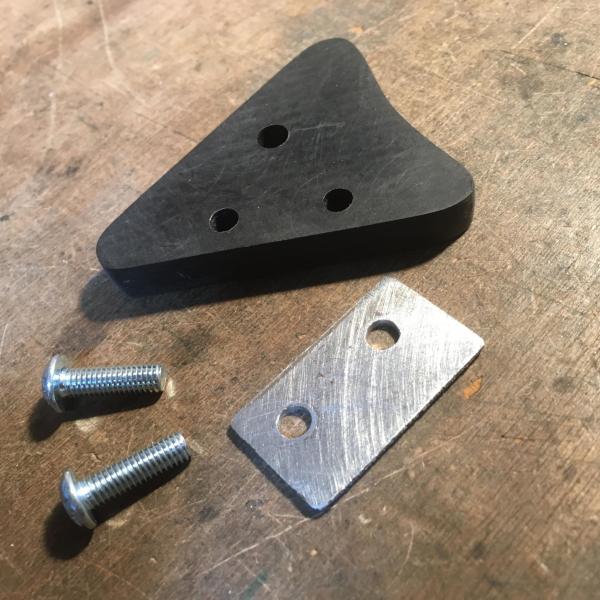 With the battery in the seat hump, a cunning plan was needed. This Acetal block was it 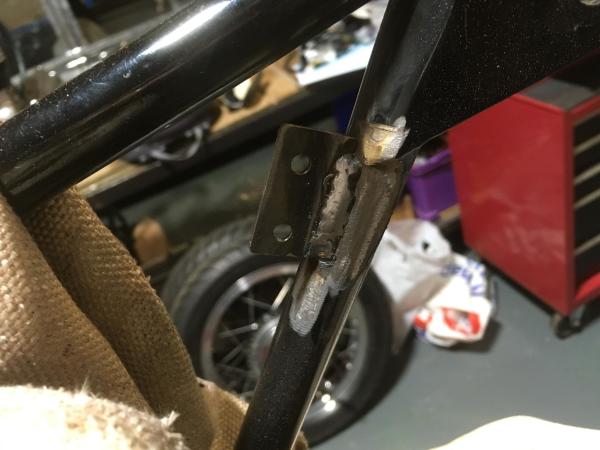 The block bolts to a bracket welded to the frame

Bob had already got me to make a loom and ignition for his five-valve Featherbed Weslake. But starting it was such a drag he bought an Alton electric start kit. The kit was for a Norton Commando but Bob adapted it anyway, and brought it back for me to wire it up.

Electrically, it’s very simple. Two heavy cables from the battery; one to the starter solenoid, the other to earth. But the battery was in the seat hump, so we also needed a way to get the seat off without starting a fire or a major welding incident.

You can buy connectors that can conduct 80 amps (or whatever a high compression racing single needs to crank over), but they are bulky and awkward to use. So we decided to make an insulated stud arrangement on the frame so that the leads could be disconnected safely, and the battery isolated, before removing the seat.

The insulation was 10mm Acetal, which is a bit like nylon. We cut two blocks to echo the shape of the frame tube, welded on a pair of brackets, and fixed the blocks in place, so that each one had a stud in a safe place. On the right, the live battery cable bolted to the stud, then a separate cable led to the solenoid. Similar thing for the earth on the left side.

The result is full electrical flow from battery terminal to starter, and Bob can get the seat off if he needs to. Jobs like this, where you have to devise a unique solution to a unique problem, are great fun. 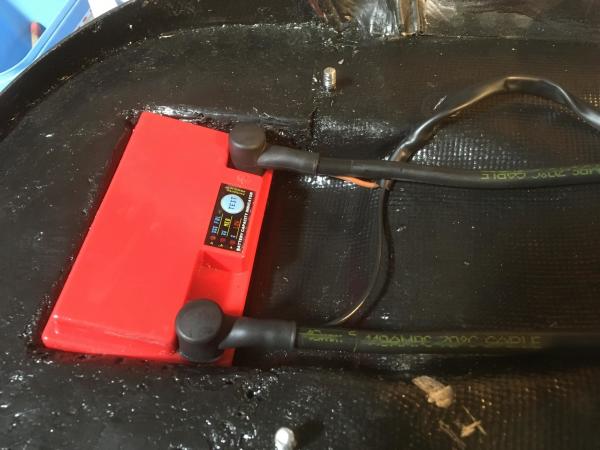 Before, the battery only needed 16 Amp cable. But with a starter motor, it switched to something more substantial 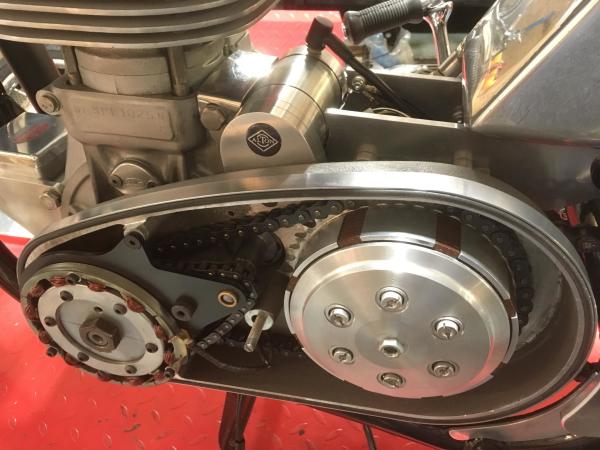 The Alton starter conversion in all its glory